We have arrived at that time of the year!    So put on your coziest pajamas, switch off the lamps and light the candles – it’s scary movie time.

It’s hard to believe that 20 months into a living through a scary movie, anyone could possibly need to watch a scary movie, but heck; if the only thing scarier than our own life is a teenage girl barfing out the devil and crab crawling down the stairs, so be it.

Anything to make us feel like – “Hey, you know what? I might have lost all my social skills and small talk now consists of me staring blankly at someone while they stare blankly back at me, but at least no one has poured pigs blood on me this year.“

I’ve compiled a list of 13 (appropriate, no?) movies that are worth watching this Halloween.

It’s not how many film critics liked it – but rather regular bumbling people like you and I.

There is no scarier movie. There just isn’t. I haven’t watched it since I was 12 in my parent’s basement. I only saw the version that was aired on television so it wasn’t even the full scary version. I will never be the same again. We all knew it was going to be on the list, so I figured I’d get it out of the way right off the top.

A movie about a scary baby made by director Roman Polanski; a man who was charged with drugging and raping a 13 year old. Watch it or don’t. But it’s a scary movie classic and sometimes you have to separate the art from the artist.

Girl gets tormented. Girl gets revenge.

The first in the classic, campy, horror movies franchise.

Who you gonna call? Your favourite Canadian friend to thank them, because without Canadians Ivan Reitman, Dan Aykroyd and Rick Moranis, is there even a Ghostbusters?

A perfectly respectable family gets terrorized by their doppelgängers.

The Witch is a period piece taking place in 1630s New England.

Three thieves break into the home of a blind man after hearing he has $300,000 cash in the house. They figure it’ll be an easy job. They’re wrong.

My first try of this film I turned it off. Not because it was too scary, but because I just didn’t like it. I gave it a second shot. I changed my mind. It’s a brilliant look at systemic racism.

Host is THE movie made for this moment in time. A movie about the isolation of Covid 19, shot entirely in isolation, about a ZOOM call. The actors shot alone, did their own special effects and shooting with instructions from director Rob Savage.

Contagion. The similarities to the current pandemic are eerie both in the unpredictable nature of the virus and how it came to be. Even more eerie, is the fact that this predictive movie was made a decade ago.

Will you be watching a scary movie this weekend? Or just sticking with the one we’re still living through? 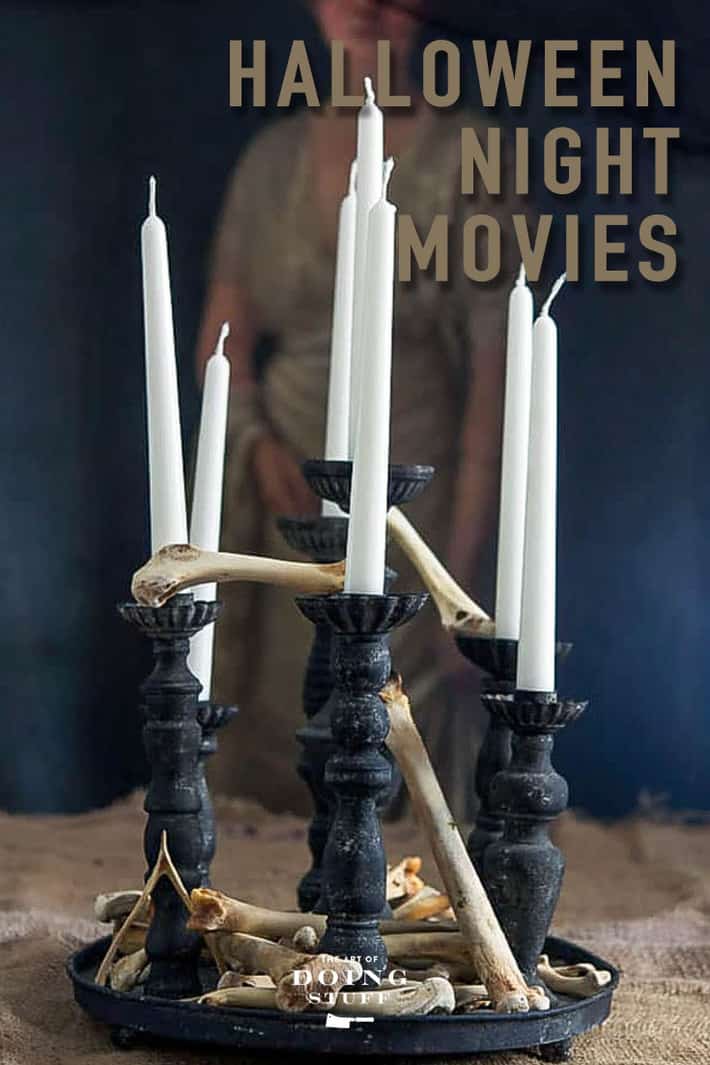