It was almost 2 years ago that I woke up on Easter morning to find a box of day old chicks on my kitchen counter.

I pretty much took it all in stride.  You know.  Acted real cool about it.   I know I look a tiny bit "alarmed" in the picture here.  It kind of looks as though I was thinking "Oh my GOD there are baby chickens in this box!!!!!  What am I going to do with baby CHICKENS??!!!"  But what I was really thinking was ...

"Hey, look at the cute chicks.  OMG is that the last Diet Coke you're drinking?!" 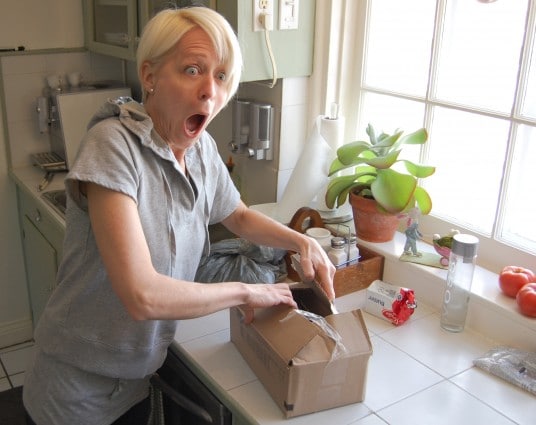 I can see how you'd be confused though and think I'd lost my cool.  I did not.   In fact I didn't lose my cool until a good 30 seconds later when it sunk in that I had nowhere for these things to live.   Also, I had no idea what to feed them, how to take care of them, if they needed medical shots, if they could fly away, attack me in the middle of the night, what kind of chickens they were and whether or not they came when you called them.  Among other things.

I knew nothing more than you do.  One laptop and 5 hours later I knew what to feed them and generally how long I had before they needed a house of their own.  The rest I learned with each passing day as a chicken owner.

The most surprising thing I learned was how hilarious chickens are.  And calming.  For both of these reasons it's easy to spend hours just watching them.  And for the first few months I did.  I'd go into the potting shed where we were housing them until I built the coop, and I'd just watch them hop around.  I couldn't get enough of watching the little fluff bums. 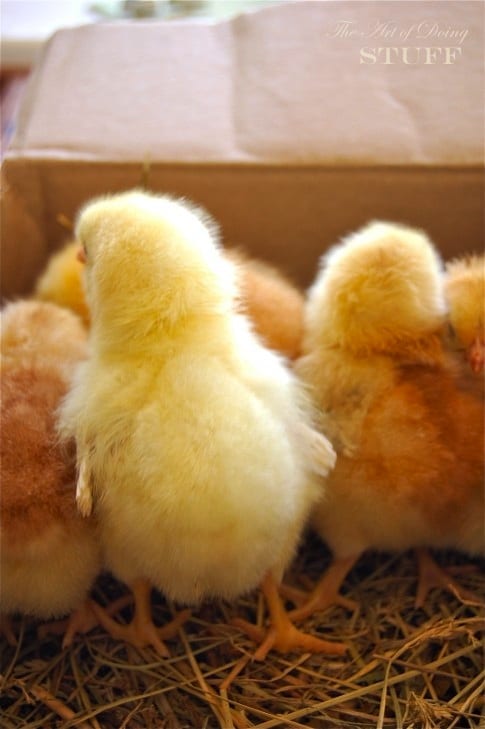 And neither could anyone else ... 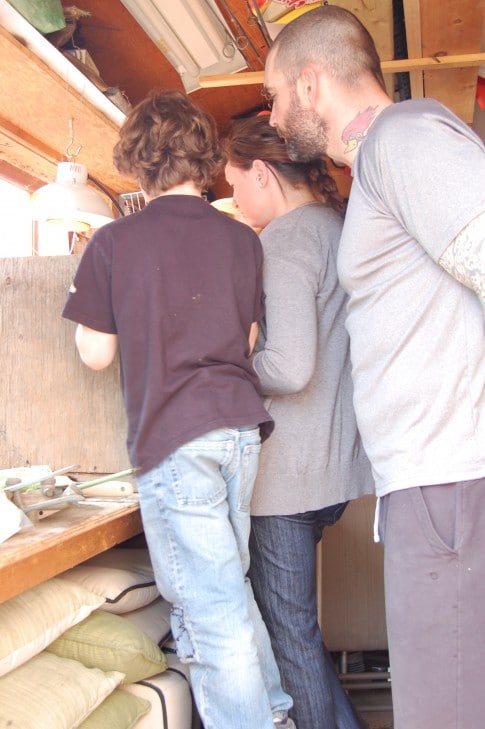 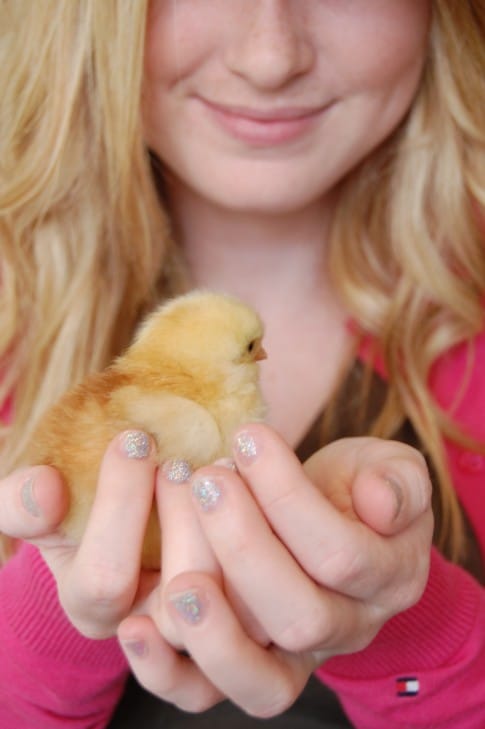 Over the past 2 years they've gone from tiny chicks to gawky teens to what they are now, content hens settled into their routine of eating, pooping, scratching and egg laying. 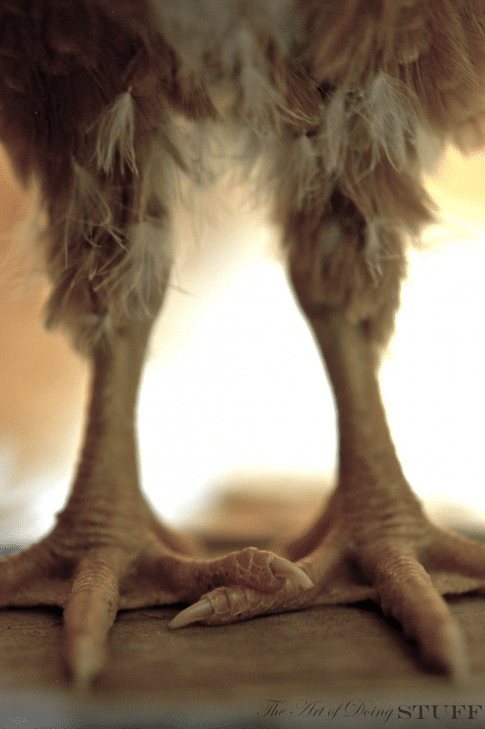 There've only been 2 major bumps in the road. The first was Lucky.  That's little Lucky in the picture above.  Lucky only lasted a week or two.  Lucky was a weak little chick and despite our best efforts, died.  Poor little lucky.

The next stressor  was Tuco. 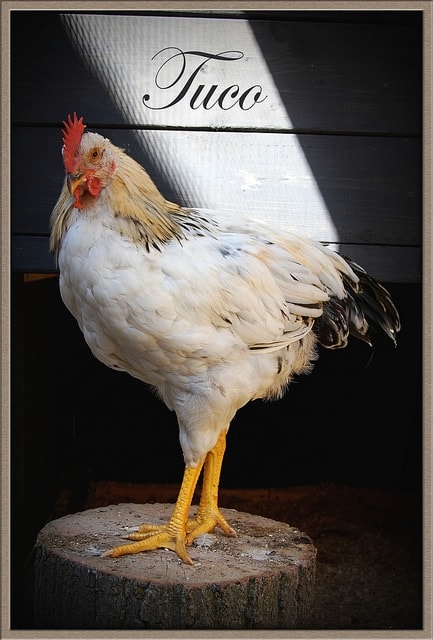 That's the thing about getting a box full of chicks.  You don't know how many will live and you don't know how many will end up being roosters.   Chickens are illegal where I live let alone screaming roosters.  By 9:00 that morning I had found Tuco a nice home where he still resides to this day.  His new owner has informed me Tuco has grown into a beautiful rooster with  a bit of a mean streak. 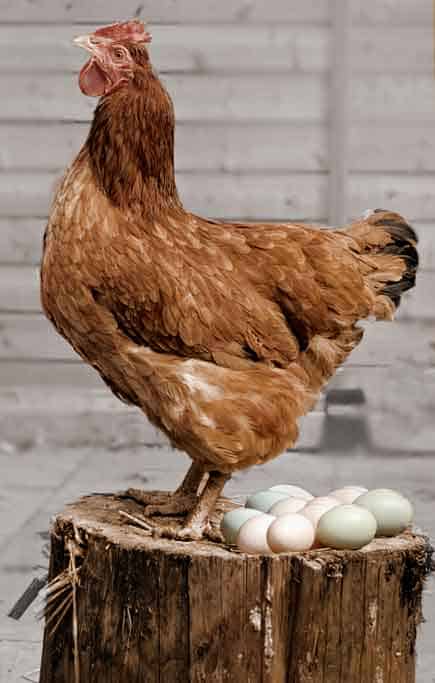 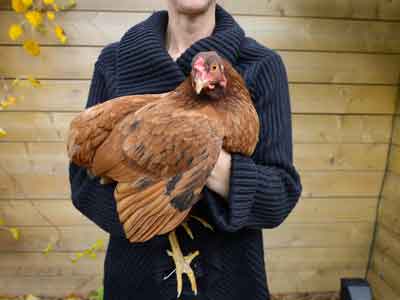 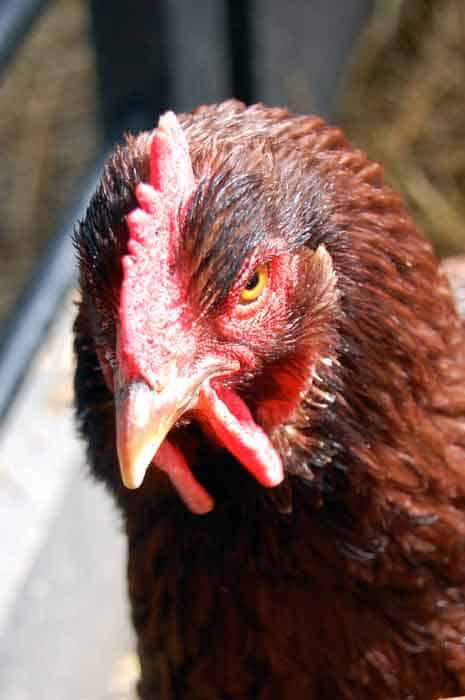 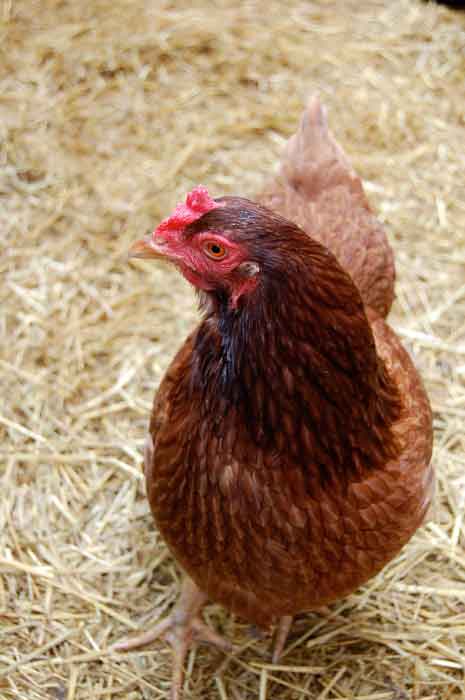 If you've been toying with the idea of getting backyard chickens yourself but are a bit scared, or don't know what it involves, next week I'll have something that could interest you.

On Tuesday I'll be putting up a post outlining all of the basics of owning backyard chickens. From where to buy them, to how much their feed costs, to the every day tasks you'll have to perform if you own them.

That way you can decide whether this whole chicken keeping craze is worth what you get in exchange ... eggs.  And chicken cuddles.