If you're anything like me you're probably wondering how it is we've made it this far as a society without a tomato feeding robot.  A robot that sits quietly on your shoulders as you go about your day, dropping medium sized tomatoes in your mouth at regular intervals.  I mean, insulin?  That was an O.K. invention but it's kind of limited in its use if you aren't one of the lucky ones on the brink of a diabetic coma at all times. Really, could it compare to a robot that feeds you tomatoes?  From atop your head?

I think we all know the answer to that.

The reason I know this hasn't been invented is because if it did exist I would have seen it during one of my yearly trips to the Christie Antique show.  Although there is a very slight chance I could have missed it while clumsily popping a cherry tomato into my mouth with my own bare hands like a barbarian out of Medieval times.

To recap, I went to Christie's this year with a friend and we wandered willy nilly with me mostly looking for things for his house.  I'm kind of full up at the moment so it was a good chance still have fun at Christie's with the added bonus of spending someone else's money.  I'll be doing a post in the next week or so, showing you what I did in his house with his purchases which were antique tools, plywood theatre seating and some metal and wood drawers.

For me?  Well, I didn't really go to Christie's for me this year, it was all for him.  A day to focus on someone else's needs and wants and to chuckle quietly as his arms became fuller and fuller and his bank account smaller and smaller.  All the while my bank account stayed exactly the same and my arms swung freely at my sides, occasionally throwing food into my mouth.

Then I saw a rug.  Then I bought a rug.  And it all happened very quickly.

I don't have a single rug in my house. I owned one once but I threw it out.  I do have a cowhide on my foyer floor but I'm not sure I can call that a rug so much as a barf receptacle for my cats.

A rug has SUCH an impact on a room that I haven't been able to bring myself to commit to one.  I don't much like committing to anything which is why I've never married, am not religious and am a very suspect person to make dinner plans with.

But there was something about this rug that made me want to commit to it immediately.  So there's a chance for all you men and Gods out there yet.

What I need are large rugs.  Great, big rugs to go in my living room and dining room, but maybe buying this slightly smallish rug (it measures 3.2' x 6.5') will be the kick I need to get over my fear of buying the wrong rug.  After consulting with my neighbour who happened to be in the booth right next to the rugs (Amos had run off chasing an antique orchard ladder at this point), I bought the rug.

It's a very clean, 100% wool Turkish Kilm rug made with natural dyes.  And I big heart love it. 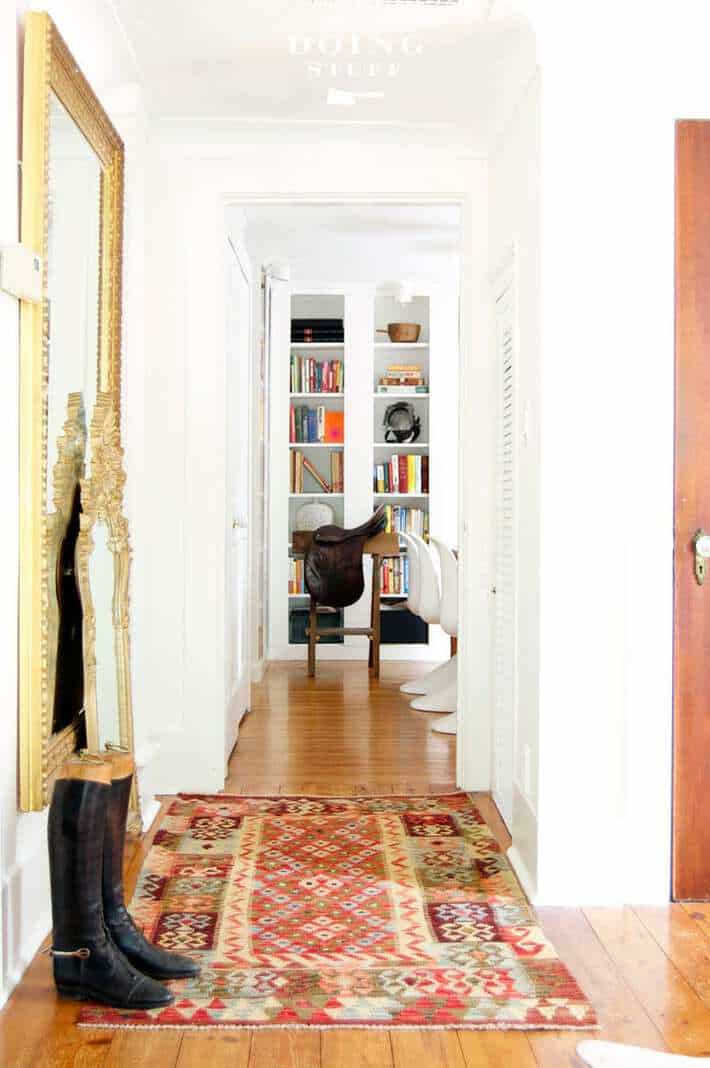 Immediately upon arriving home I rolled the rug up and stuck it in the corner while I cleaned and tidied every room.  This is what I do.  I can't trust myself to be able to see past the garbage, junk, and dirty dishes when I bring a new piece into the room.  I'm just not that good.

It's home has ended up being in the sudo-hallway between my foyer and my dining room.  The only problem is I need to cut the bottom of my basement door off a little bit because it can't make it over the rug.  So, until I do that I'm keeping the rug in my bedroom.  Where I'm discovering I quite like it. 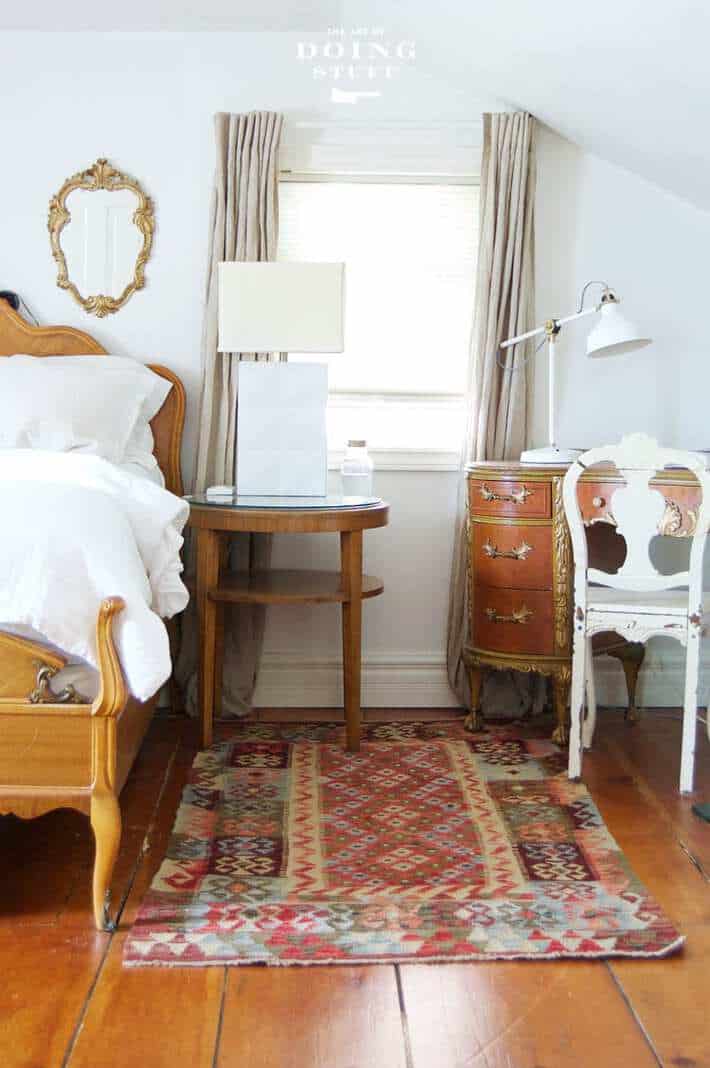 Which means now I have a good old fashioned dilemma on my hands.  To leave it in my bedroom where no one other than I will see it, or put it back where I meant for it to be, downstairs where it's the first thing you see when you walk in the front door.

If only I had a tomato feeding robot to help me get through these difficult times. 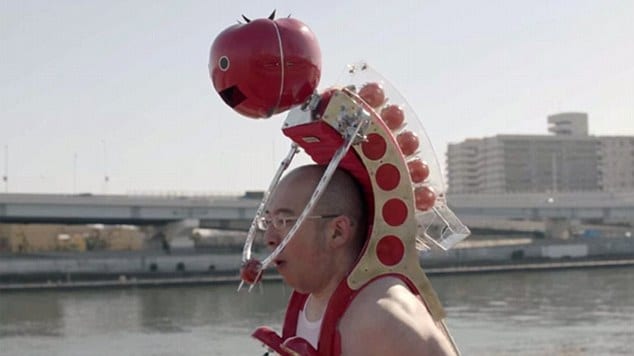