As you might know, Internet speed varies during certain months, days and even time of days if you use a cable network like your television cable provider.  It's because we're all sharing the big, bad Internet connection and when more people are using it (7-9 p.m.) it gets slower. You can't do anything about that. But you CAN do other things to help speed up Internet access. 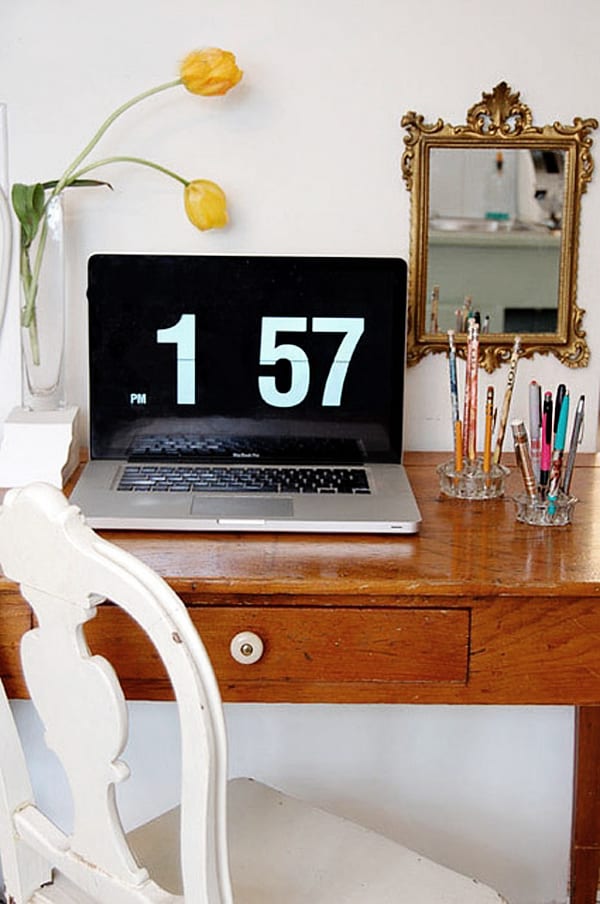 I first logged onto the Internet when I was a mere child living with my parents. I couldn't have been more than 30. At that point my computer was about the same size as a fully developed Saint Bernard and about as slow.

The first thing I remember finding that seemed at all interesting on the Internet was a real estate site from Los Angeles. I was stunned and shocked that I could browse (the text only) listings of homes for sale across the continent from me.

Many evenings I sat with a cup of hot chocolate staring at the blinking amber text, slowly loading all the housing options in Encino, California.

Because of the super-fast Internet speeds of today I can pull up that little tidbit of information in as little as ... oh ...  10 minutes or so. About half the time. Impressive.

I'm not stupid but sometimes I do stupid things.  Not keeping track of my Internet speed over the past few years is one of those stupid things.

I actually did keep track of it judging by the number of holes punched into my office wall, it was just an unusual system is all.  Once I realized my Internet was 7 fist holes slow, I decided it was time to do something about it.

Also, about 2 weeks ago my Internet connection got so bad I couldn't in fact even connect to the Internet at all.  What followed was a day long extravaganza of swearing, crying, smiling, scowling and eventually ... surfing.

Several things were adding up to me having a really slow download speed.  And I'm going to show you how to fix the problem if you have slow downloading too.  But FIRST.

Download speed is the speed at which your computer can load "stuff" from the Internet.  Like what stuff?

So if it takes a long time for your computer to load any of these things, but the rest of your non-Internet related computer tasks like Photoshopping, Excel, Word etc. work fine, you probably have a poor download speed which is taking precious years off of your life and delaying the instant gratification you could be getting from Men being hit directly in the nuts by their kids' basketball videos.

Here's a handy list of all the things I ended up doing that day to make my Internet 3x as fast.

How to speed up your home Internet.

Remember your Internet speed varies all day and all year but if you do any or all of these things you'll get faster speeds.  Why do you want faster speeds? To stop cacheing, slow loading pages or any other Internet misbehaviour that stops you from instant gratification.

If I had been doing speed tests regularly, and really understood them, I wouldn't have spent 2 out of the past 4 years of my life waiting for Amazon.com to load.

Think of it in terms of driving.  Going from one place to another at 2 Miles per hour isn't going to get you there nearly as fast as if you were going 50 miles an hour.

A good download speed to aim for is 25Mbps. 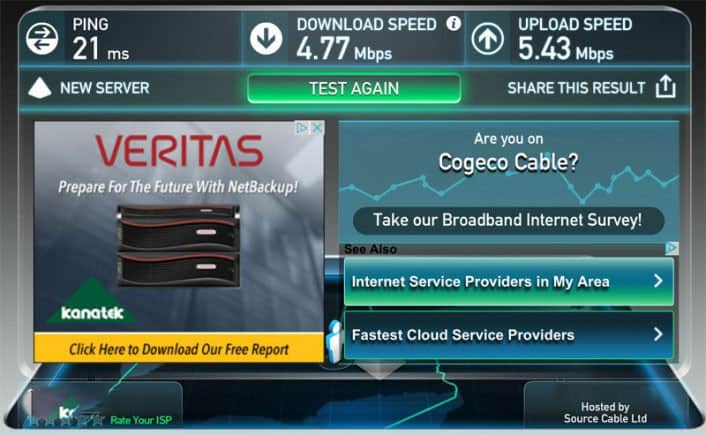 By the end of the same day, after I fixed everything, my download speed was 28.65.  Good.  Very, very good. 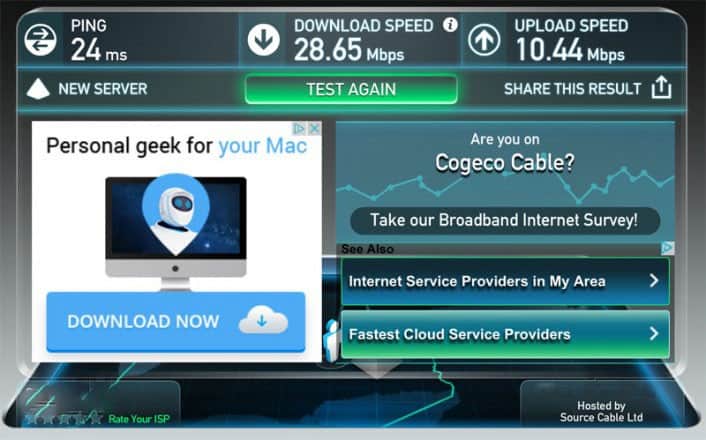 Bad.  Especially for someone who makes their living ... you know ... ON THE INTERNET.

Before you scream fits that you aren't getting a good download speed after taking the test, pay attention to what day it is and what time it is.  You'll always get a slower download speed at night (when everyone else who uses your Internet Service Provider is home using the Internet too).  Because of this, test your speed at a couple of different times in the day and week.

3. Have your lines checked.

My Internet is provided by my local cable company so I had them come out and check to see if there were any issues with the cables running into my house.  Indeed there was.  The line running from my house across the street is damaged and needs to be repaired, so the technician  booked an appointment to come back and fix it.  He also took a look around my house and found an old splitter that another technician put on my house over 10 years ago.  It was faulty and out of date and was barely conducting any signal at all.  He replaced the splitter and my download speeds increased immediately.

Another thing my handy cable technician mentioned was the Internet package I had with my Internet Service Provider.  I signed up for my Internet package when I first got Internet in this house 15 years ago and that was that.  I never thought about it again and definitely didn't think about upgrading it or looking at new packages.

You see, most Internet providers offer you a bunch of different Internet packages to choose from.  They offer different maximum download speeds as well as different amounts you're allowed to download.

I had a package that allowed for 15 Mbps.  I've had this package for 15 years.  It's so useless that it became obsolete recently but my cable provider neglected to tell me this.  Luckily the technician didn't.

Think of your router as a cat.  It wants to be RIGHT in the middle of the action all tangled around your feet. It should be somewhere around the middle of your house if you're wanting it to get full range around your home.

If it's stuck in a corner of the basement it's going to have more house interference and obstacles to get past to make it up to your bedroom as you scroll your iPad for the meaning of your latest dream.

If you live in a smallish house or apartment you can use a regular router (single unit router). These routers get plugged directly into your modem and they service the entire house. 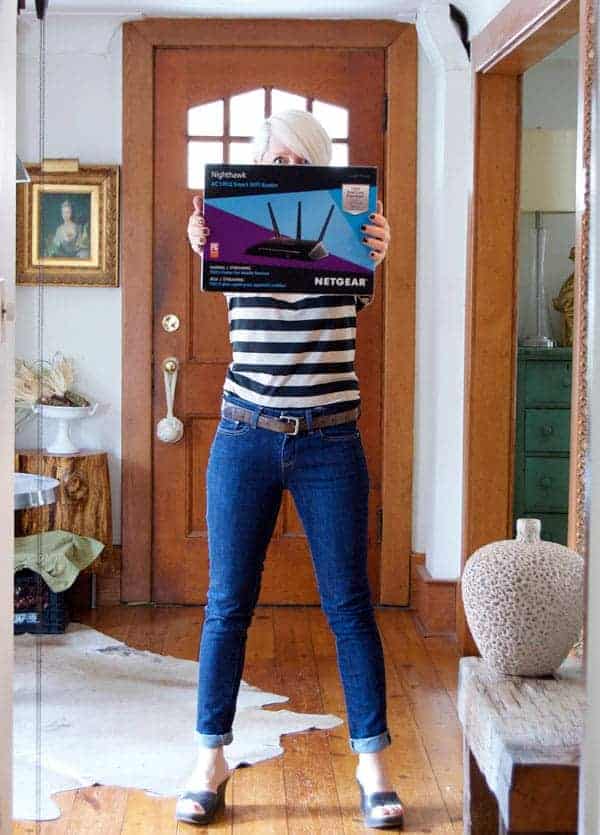 This is a big one.  It may be that your Internet speed is fine and the thing that's slowing everything down is your cruddy router. Try plugging your computer right into your modem instead of using your router and do the speed test again.  If it's remarkably faster then your router is the problem.

My router was a problem.  So I started researching routers and 2 makes kept coming up. Netgear's Nighthawk and TP-Link.

I ordered this Netgear Nighthawk 1750 from Amazon  in 2015 and I'm still using it. I'll be upgrading it to the router that's picked by many as the best router for 2020, the Netgear Nighthawk X10 which has a coverage that's almost twice as big and almost double the processor size as the one I have.

Upgrading your router is the one of the most effective ways of speeding up your home Internet especially if you have multiple devices being used at the same time. For instance if you're using your laptop or ipad at the same time you're watching Netflix.  Investing in a high end router is especially GREAT for families with multiple download uses going on at the same time, like video streaming, gaming and browsing among several different people.

If you live in a bigger house with several levels you might want to think about getting a Mesh Router. A mesh router plugs into your modem PLUS it has several wireless satellite units you can place in different rooms.  You get much better coverage this way and no dead spots.

If I bail on the single unit router I'll get this Netgear Orbi mesh router. Partly because it's Netgear and that brand has worked well for me. And partly because, I mean why lie, right ... partly because I like how it looks.

A good router makes a big difference.  Upgrade your router at least once every 3 or 4 years. (I've waited five, but I'm especially cheap and resistant to change)

UPDATE:  I recently bought ( June 17th, 2021) this GOOGLE Wifi Mesh.  I got the 3 pack like I've linked to because my house is small BUT it has a lot of interior walls that are solid brick. That makes router signals and such a bit of a nightmare.  My download speed from my very old Netgear router was 2.2 mbps.  Once I set up the Google mesh (and configured it until it said my connection was "great") my speed increased immediately to 61 mbps.

I can use my laptop in the living room, which I couldn't do for years (because of the brick walls in my house) as well as my front porch.  I can now highly recommend getting a Mesh router to improve your Internet speeds.

This one is something most people don't think about but you should because everyone is a cheater and a liar when it comes to the Internet.  Probably even you.  If you don't protect your router with a password ANYONE in the area of the router signal can use it.  So while you're comfortable in your family room wondering why Netflix keeps pausing ... your neighbour is comfortable in their family room illegally downloading the entire Beatles library through your Internet.

Bonus tip for speeding up your Internet

Once I realized I'd been experiencing really, really bad Internet service partly because of poor lines, connectors and modem I called my Internet Service Provider and complained.  I explained that I'd been a great customer for years and I was incredibly disappointed that I was paying for what was supposed to be great service but in fact was getting terrible service.

That's money I can now put towards the downpayment on a nice little bungalow in Encino.

For larger homes or those with dead spots: Google WIFI Mesh 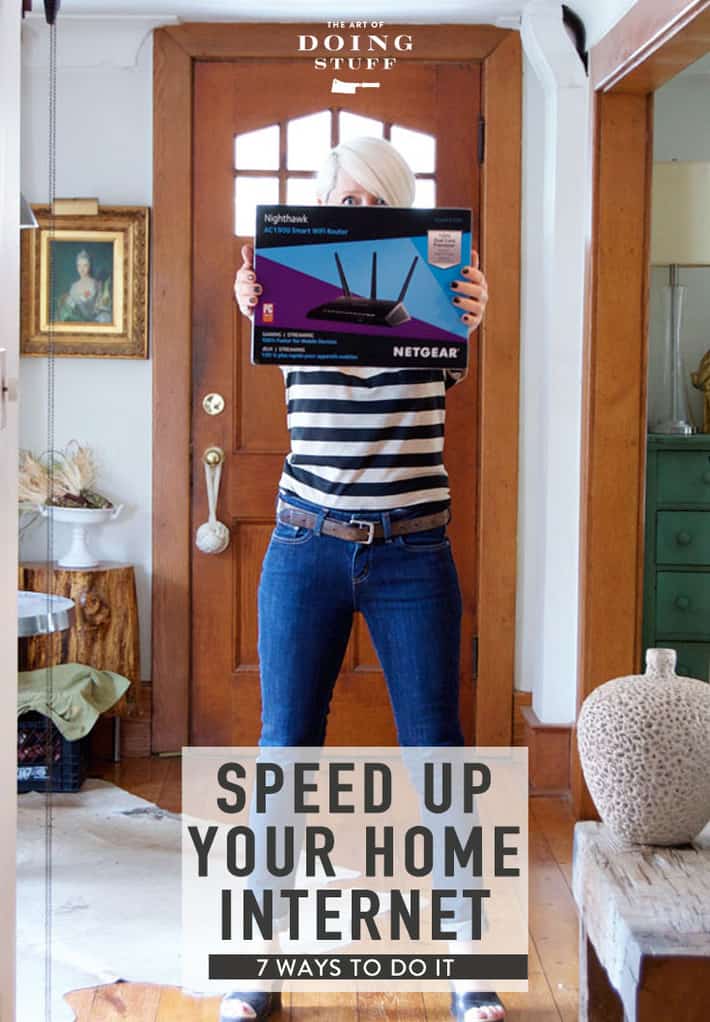