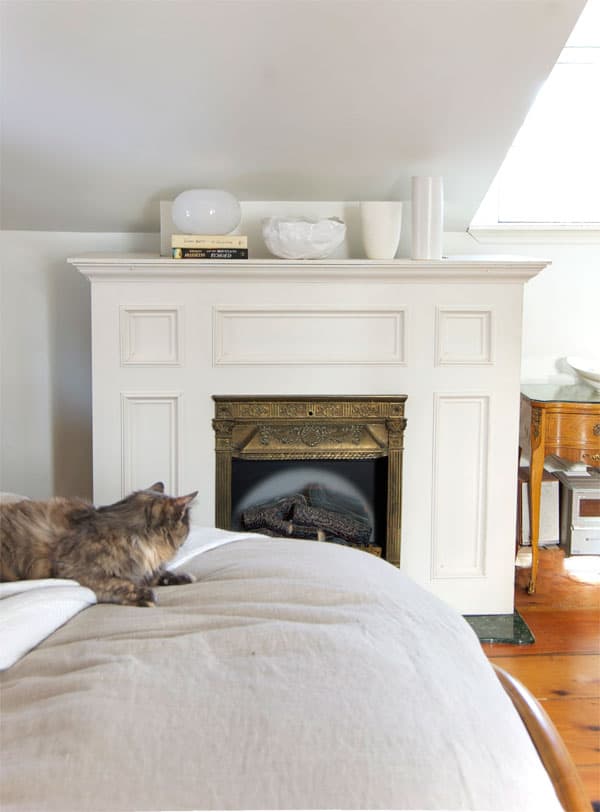 I love candles.  The only problem with them is that candles, even the cleanest burning ones, make a mess of your ceiling.  Plus of course, there are certain places burning a candle would be unsafe.  Like under the slanted ceiling over the mantle in my bedroom (as you can see in the photo above).  Plus anywhere children, cats or other things that cartwheel could knock a candle over.

So along with real candles, my house is also filled with flameless candles that I know I can switch on without the worry of having to blow them out before I run to the store or out to chop wood.  I love them.

Until I don't.  Every so often, randomly,  without warning,  I do not love them at all.

A few times a year I look at my flameless candles and think bleh.  BLEH.  That is NOT a real candle it's a fake candle and the only thing worse than a fake candle is a fake cupcake.

If you too go through the same love hate relationship with flameless candles give this a try.

It's not complicated.  It's not genius.  But it does have a great effect.

Drop those candles into an opaque or almost opaque container and let them glow. 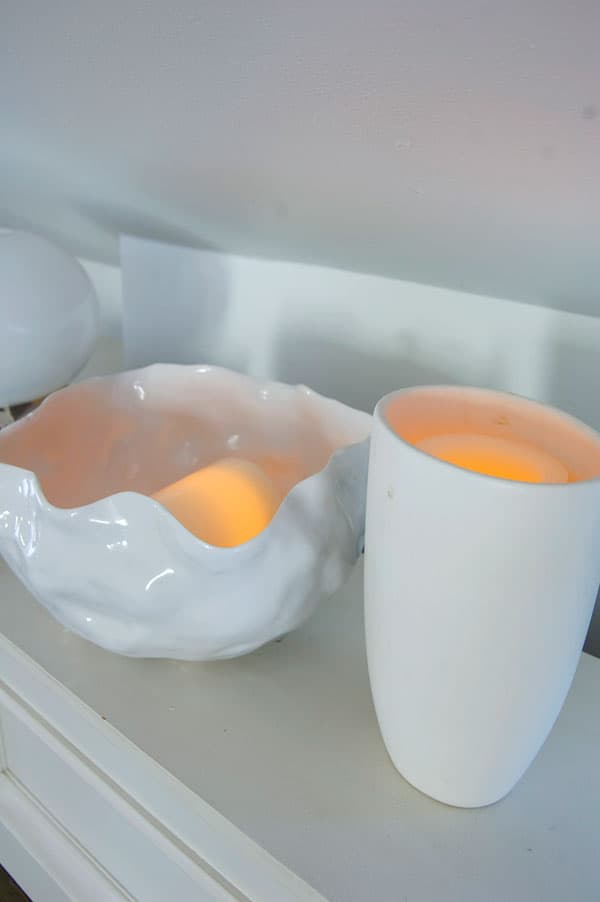 Look for things like bowls, vases, even wicker baskets work great.  Then place them up on something high where you don't look straight down into them.  When looking head on, you want to see the glow, not the candle.  Because they just look weird inside.  They work especially well under a slanted ceiling like I have because the glow hits the ceiling, but it would also be a great effect on floating shelves, or inside a bookcase. 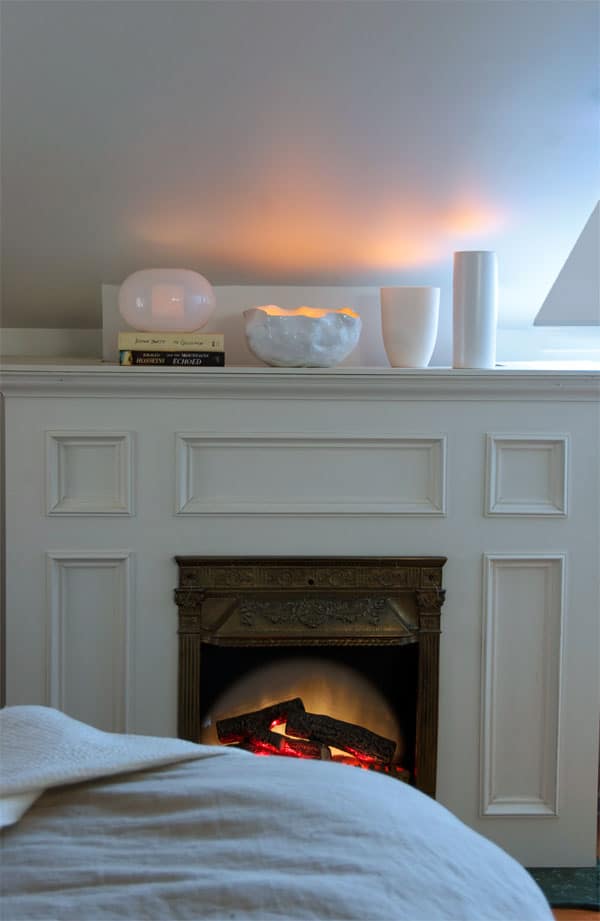 For those of you wondering that's a cheap electric fireplace that you can get on Amazon for around $150 with an antique brass fireplace insert.

These candles and the electric fireplace are all on timers to come on at 7 o'clock so when I wander up to my bedroom for whatever reason throughout the night it's all warm and inviting with no chance of burning the house down unless I happen to wander into the bedroom drunk with a flamethrower.

I'm sure I'll get to the point where I love the flameless candle again but for now this is what I'm going with.

These are the great flameless candles with flickering flames I talked about earlier in case you haven't seen them before. They start at about $25 each for a pillar candle so about the same price as a ridiculously expensive candle, but it'll last forever. 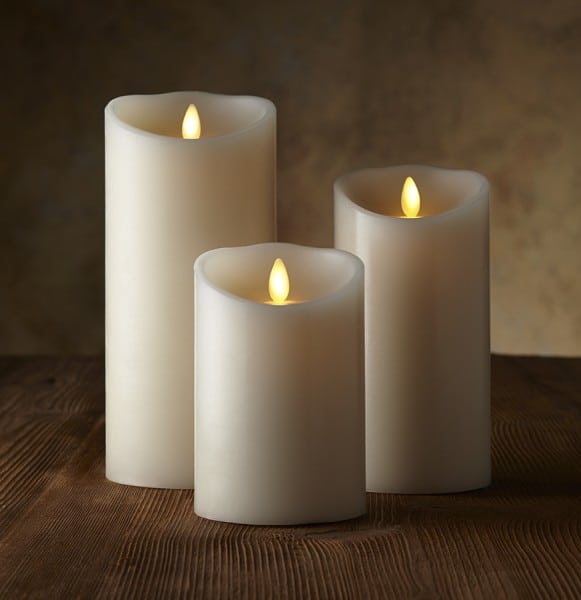