I’ve never made a meat pie.   That’s just one of the many, many important things you don’t know about me.  I’ve also never hunted squirrel  That’s another important thing you didn’t know about me. I’m not sure if the fact that I’ve never hunted squirrel has anything to do with my deep seated fear of making meat pies, but I suspect so. So when I got my copy of “A Year of Pies” by Ashley English  (of Small Measure blog fame) in the mail I was hoping and praying there was a meat pie recipe to get me over my fear.  I also hoped the meat it called for wasn’t squirrel. 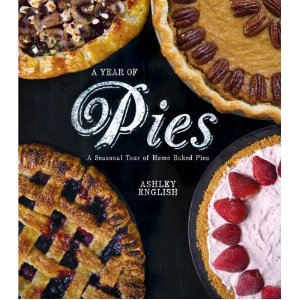 SINGING ANGELS! SINGING ANGELS!  There it was on page 59 … Spiced Meat Pie. I had found my meat pie.  And I was going to make it.  I had the ingredients, I had pie dough frozen in the freezer, I had it all.  I even needed something to have for dinner so this was really working out more perfectly than ever I could have imagined.  This was turning out to be the greatest day I had ever known. I got myself set up and opened up the cookbook.  It naturally fell open, pages spreading themselves like wings, the way cookbooks are want to do. The book had opened in the most poetic manner.   And that’s when I saw it. Brandy and Spice Apple Hand Pies. Which are nothing like meat pies in case you were wondering, although neither contain squirrel. I was staring at a picture of a pie that you can pick up and eat with your hands.  Your ENTIRE serving enveloped with a golden flakey crust.  Not just the top and bottom like a normal pie … ALL OF THE SIDES – Top, Bottom, left side, right side, front and BACK.  All filled with gooey apples, cinnamon, nutmeg and booze. I made the pies, I loved the pies, I still haven’t made a single meat pie. I asked Ashley if I could share her hand pie recipe and she said sure.  Because she’s nice like that.  If judging by some of the recipes in this book, she may also have been drunk.

Use your own favourite pie dough recipe.
5 from 1 vote
Print Pin Rate
Course: Dessert
Author: The Art of Doing Stuff

This … is how it looked when I made them today. 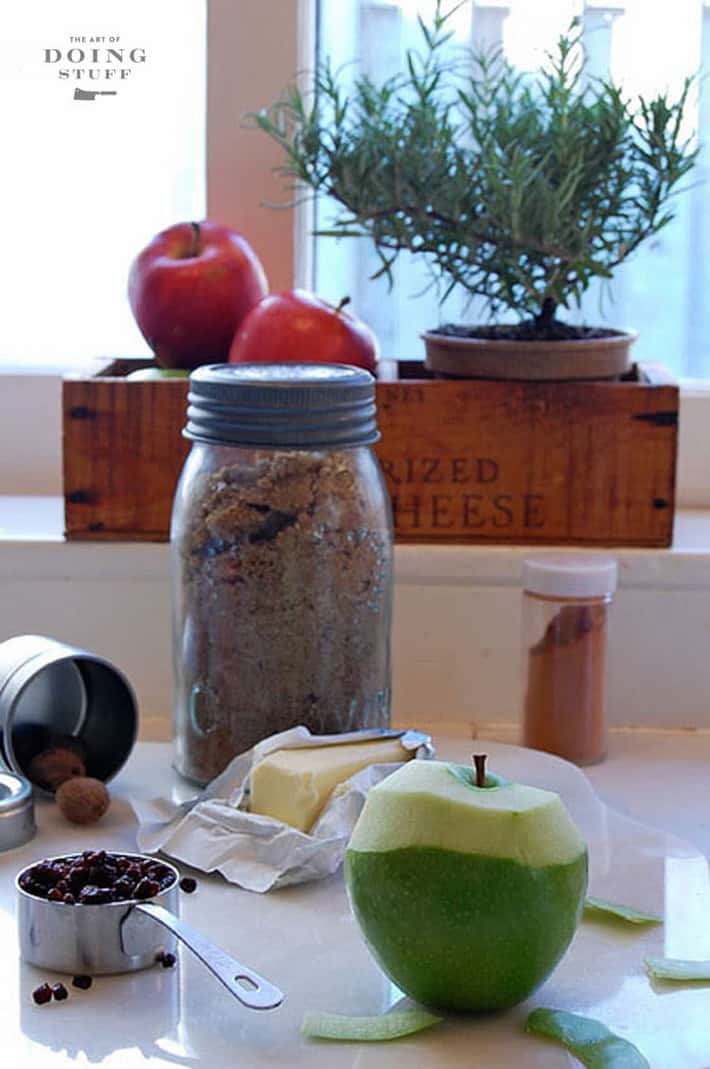 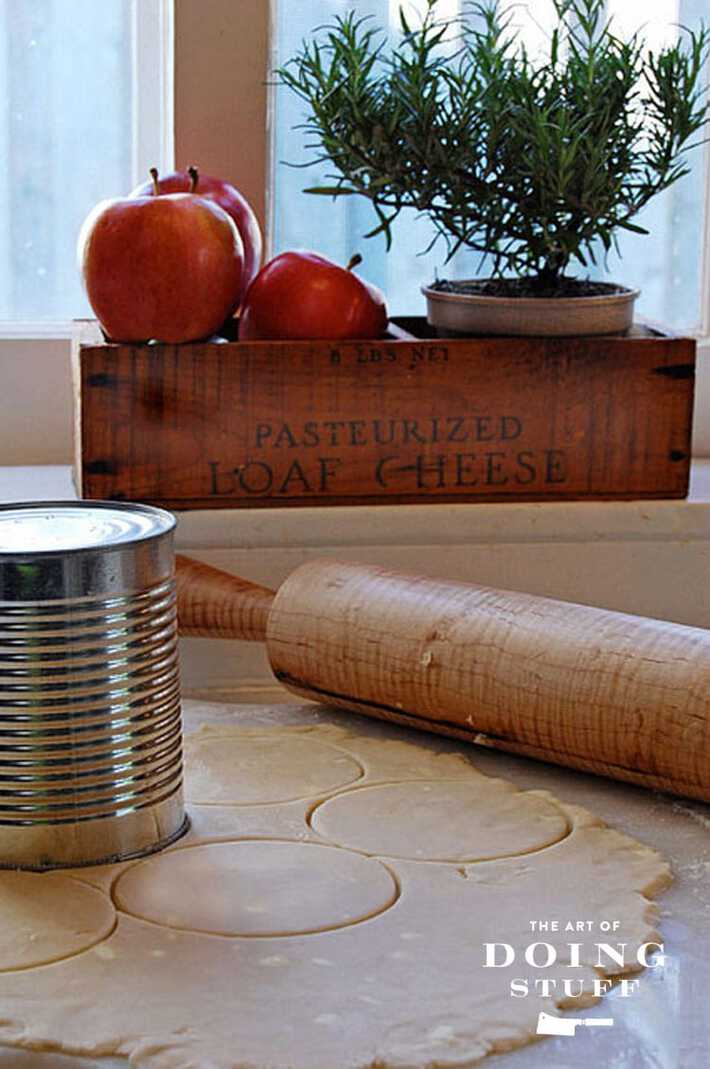 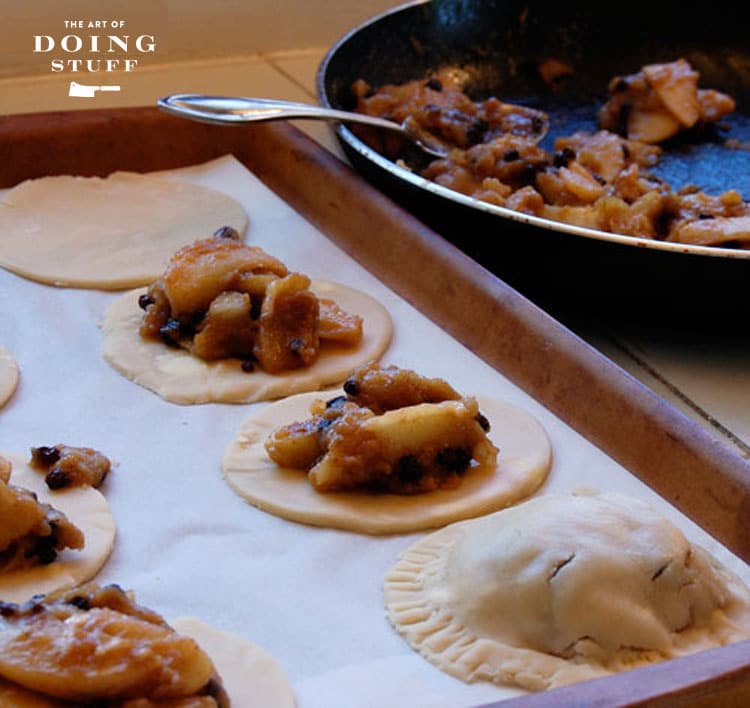 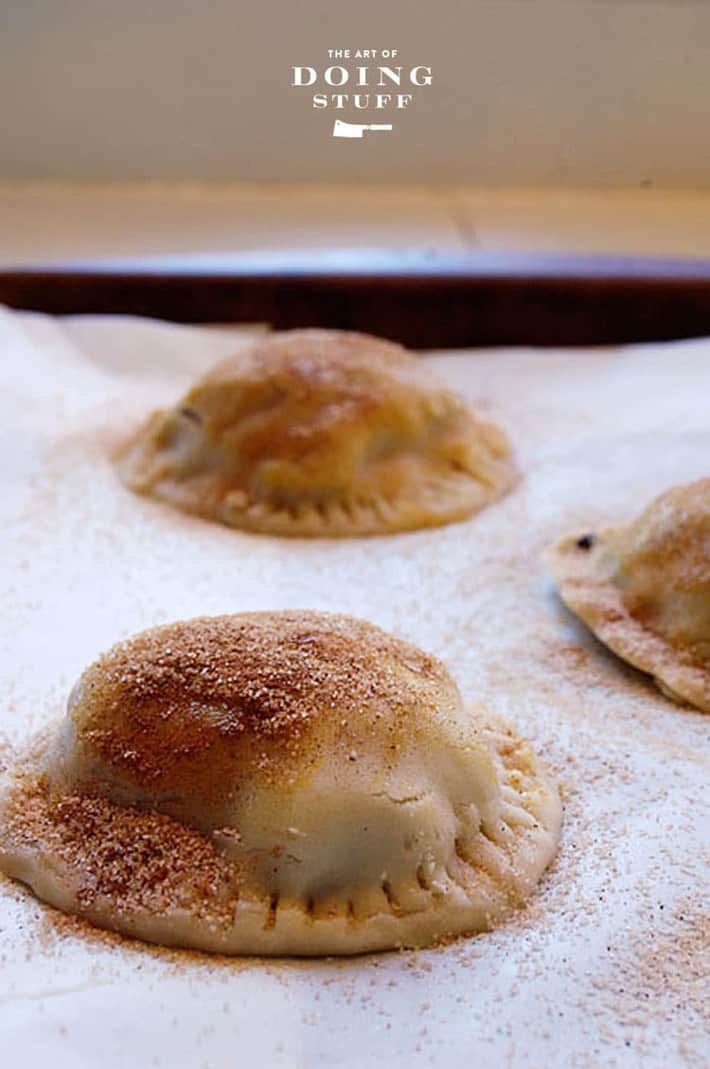 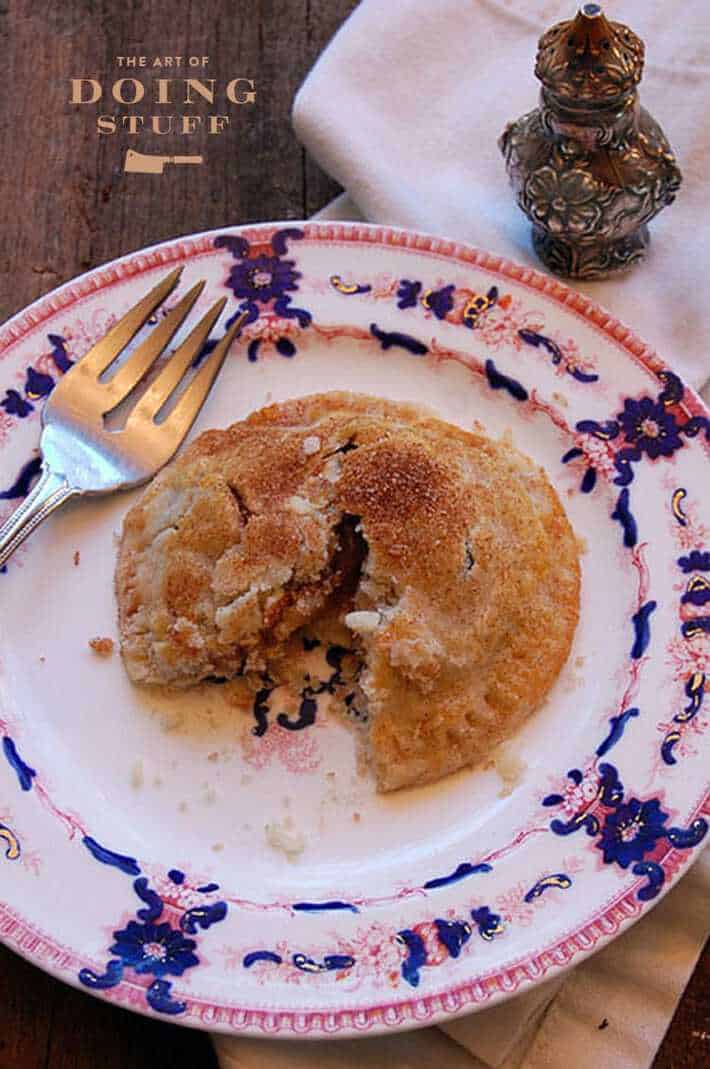 And yes. I used a fork. I’m not a complete animal.  I knew enough to at least pretend I was civilized in a photo.  As soon as photos were finished and I didn’t have to worry about smearing apple guts all over my camera I grabbed that Apple Hand pie with my mit and shoved it right in my pie hole.

Flaky on my silver fork

I dare any meat pie to inspire a haiku.