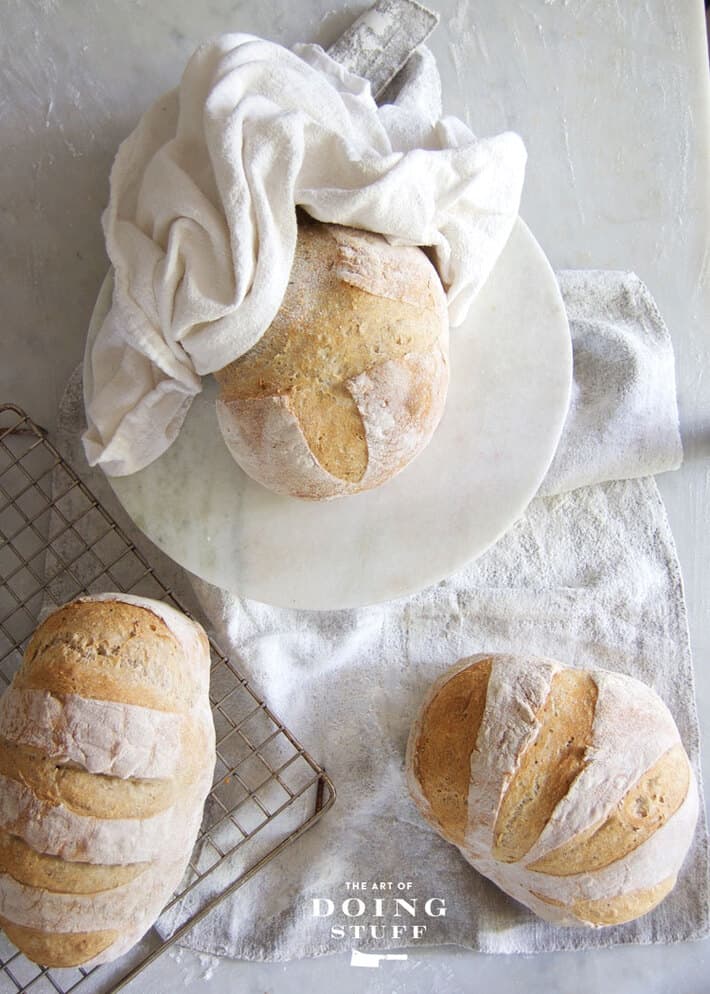 And in fact today I'm going to make more bread in it.  Partly because the bread is really good and partly because it's just fun.  Also I'm out of bread, and like any good mini-Martha instead of going to the store to buy bread, well of course I'm going to bake some myself in the cob oven I built.

I'm not sure when this happened to me but I have a hunch it's only going to get worse, culminating with me growing my own heart valve when I'm 80.

It's originally from the book Artisan Bread in Five Minutes a Day: The Discovery That Revolutionizes Home Baking.

I don't own the book yet but it's only a matter of time because if this recipe is a representation of how good this book is ... I need it. Actually ... hold on a second while I go order it.

I'm back. Book has been ordered.

update:  I've since ordered the book and use it every week.  Always.  I am never not making bread.

It's a no knead bread, but not the kind that's been making the rounds on the Internet over the past few years.  That no knead bread is a very, very wet dough that has to be baked in some sort of pot or crock.  I love that bread by the way and make a lot of it ... this just isn't that sort of no knead recipe. It's a wet dough, but manageable unlike the other no knead recipes. 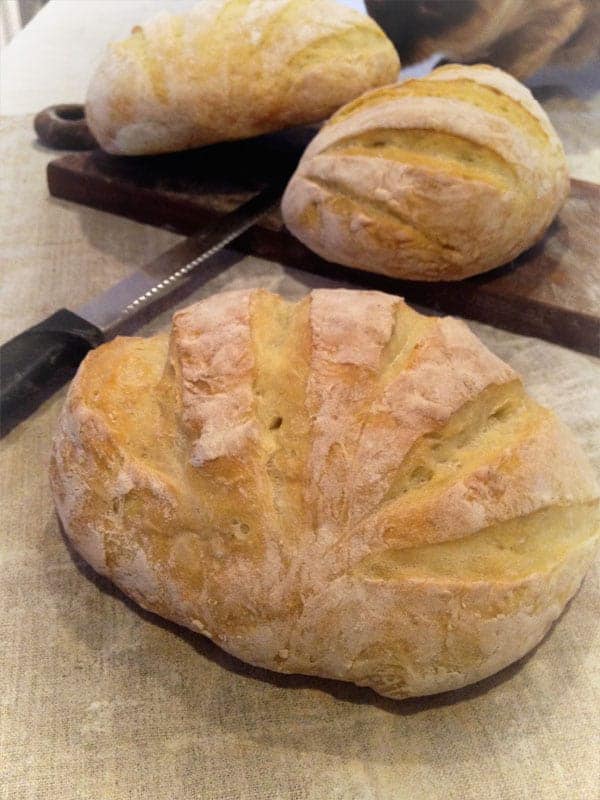 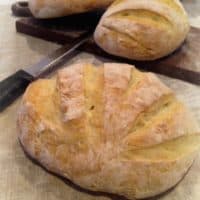 *  if you want a crispier crust, when you're heating your oven add a deep pan.  Right after you put your bread in the oven, throw a cup of water into the empty hot pan.  This will create steam which is GREAT for baking bread.
*You can also just use ⅓rd of the dough, and put the remaining dough in the fridge for up to 2 weeks.
*For an extra nice crust, bake the bread in a preheated dutch oven. Leave the lid on for the first 15 minutes of the bake and then remove it.
*Try removing 1 cup of the white flour and replacing it with Red Fife, Rye or another flour for a different flavour.

If you can deal with that, then bake away.  If you can't you'd best stick to other baking.  Like baked broccoli.   Which taste especially good with a nice cheese sauce and a big ... slice ... of bread.