Home » My Life » My Family » Breaking Bones & Being Stupid in Crossfit.

Breaking Bones & Being Stupid in Crossfit.

I interrupt the regularly scheduled post to bring you … 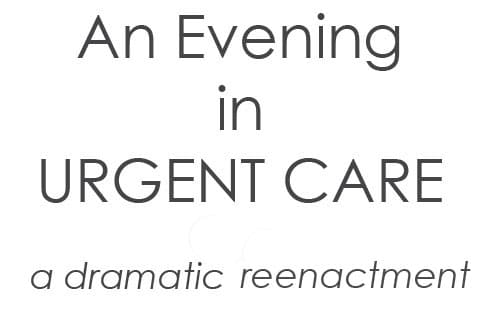 The fella jumps down from climbing a rope while doing a Crossfit workout. Lands on his foot funny.  Not ha ha funny.  Left out of the fridge too long funny.

The fella realizes he has broken his foot. Considers his options.  A) be an idiot   B)  don’t be an idiot

Decides to go with A) be an idiot and …

…  finishes his workout. Which involves running sprints. With his feet. Because this is Crossfit and the only smart Crossfitter is the Crossfitter who has quit Crossfit.

Sometimes I think if I were to cut the top of the fella’s head off I’d have a nice big empty salad bowl.

6:50 p.m. – 8:15 p.m.
Home
The fella returns home, has dinner, cleans up, has a shower, puts his pajamas on, lays on couch, mentions he’s pretty sure he broke his foot earlier today. Pass the remote.

Beams with pride as he says “But I still finished the workout”.

We both look down at his foot and burst out laughing hysterically. It’s the size of a St. Bernard’s head and clearly broken. I think we were both laughing at his stupidity. At least I was. We agree, based on its irregular colour and comical inflation it probably warrants a visit to the Urgent Care Facility. Generally speaking, the harder we laugh at an injury, the more serious it probably is. 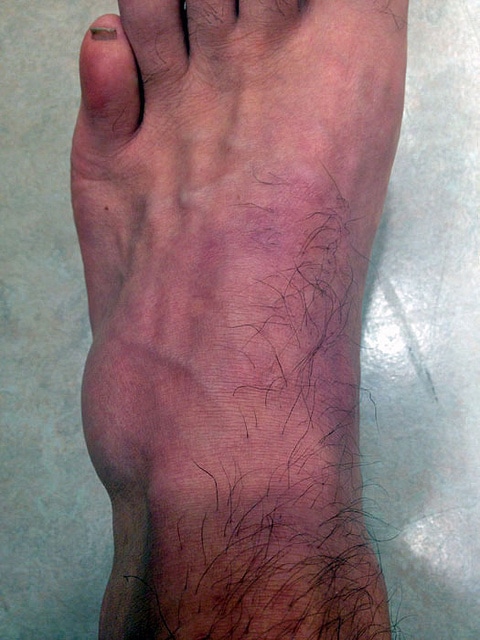 The fella insists on washing his feet so they’re presentable before visiting the hospital. Grabs washcloth, bends over, touches foot.  If you live anywhere other than the  20,000 Leagues Under the Sea ride at Disney World,  you probably heard the screaming.  The fella then declares, 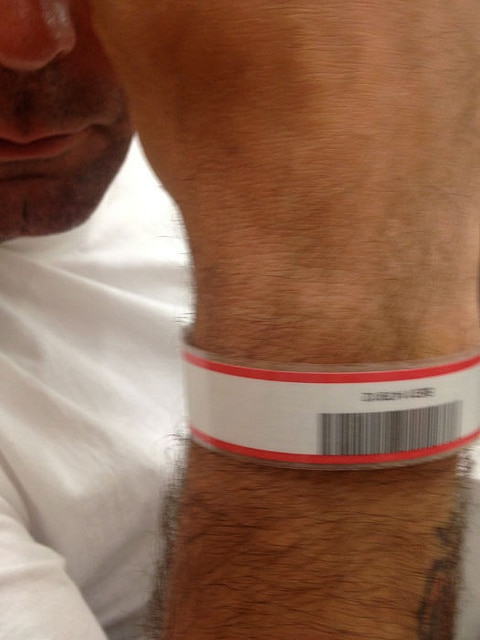 Encounter interesting mix of people in the ER including Roller Derbying lesbians, a runner whose shirt is covered in blood,  a possibly deranged older man and a middle aged woman with her teenage son.  She’s reading 50 Shades of Grey.  In the ER waiting room.  And grinning occasionally.

Mention I’m really thirsty and the one we’ve dubbed Weird Girl offers to get me a drink.  From the water bottle in her purse which she says she’ll just  squirt in my mouth.  Weird Girl doesn’t seem to have an injury. 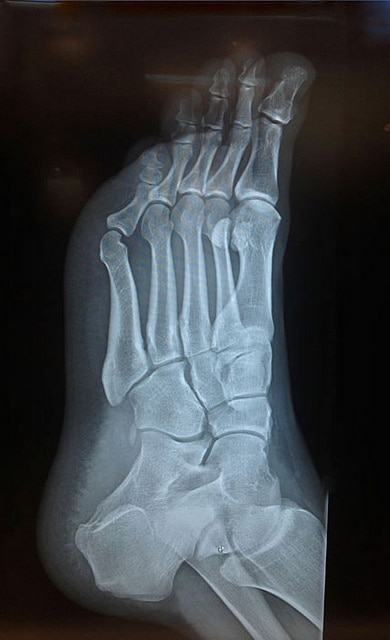 X rays done.  Back to the waiting room.  A flurry of texts from the fella begin. 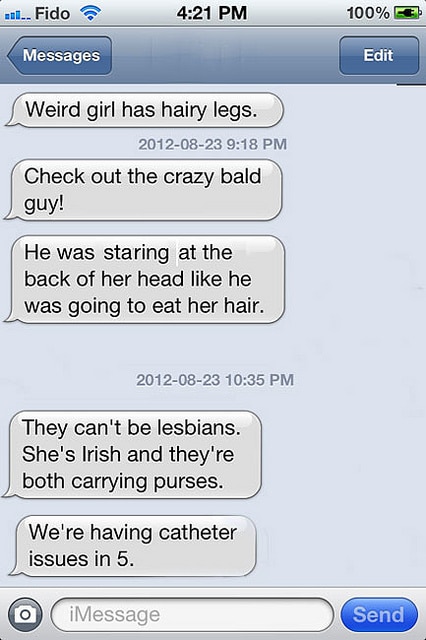 Enter second waiting room.  More waiting but in a more official environment.  With tubes and vessels for throwing up in if need be.

Diagnosis.  Fracture.  Wrap it up. Take him home. 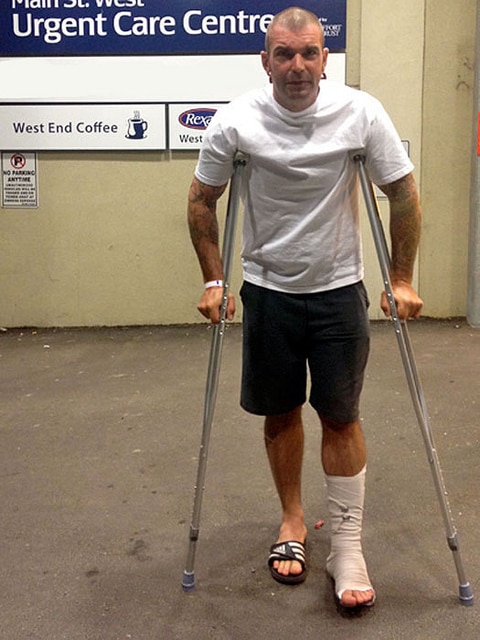 Found this on the kitchen floor and a pair of scissors nearby. 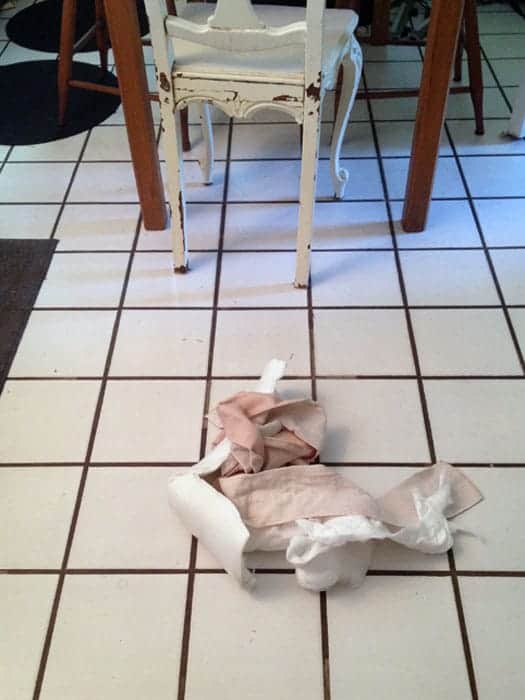 this special post is dedicated to everyone who has a son, brother, husband, father afflicted with salad bowl head syndrome.

Together, we can find a cure.