The Chicago Hardy Fig Tree by way of an Italian driveway.

The sign had been at the end of the country driveway for as long as I could remember.  It was facing the highway, with the message hand written in black paint.  Fig Trees for sale.  Every time I drove past the sign I wondered if fig trees really were for sale, or whether the sign had been put up and forgotten long ago by whoever it was that thought they’d try their hand at selling fig trees.  Maybe they’d moved on to selling soap or  painted mason jars or something else that could be listed on Etsy.

For years I drove past that sign, sometimes wondering about it, sometimes not even noticing it was still there.  Then one summer day, 2 years ago, I pulled into the driveway.  One minute I was going 80km an hour down the paved road and the next, my tires were crunching down the long, gravel driveway.  Before I knew it I was parked, out of my car and knocking on the door asking if there really were fig trees for sale.

There were.  I bought one.  I killed it within a year.

Technically I didn’t kill it, the Southern Ontario winter did.  The cutting for my little fig tree was a descendant of a fig tree originally from Italy, brought back by the current farm owner’s father in the 1960’s. The original cuttings were bundled under his shirt and disguised by his sparkling smile and charm at customs.

But the past 2 winters in my neck of the woods were too much for even the roses that have been on my property for decades, let alone a young, lithe,  Italian fig tree.

I swore fig trees off until I saw them for sale at my grocery store.  They were half the price and probably half as good.  They’d never grow, they’d die over the winter, they were probably common.  The sort of plant someone who buys their plants at the grocery store would buy.  I immediately bought one.

That’s right. This spring I bought a 2 foot high, Chicago Hardy fig tree with absolutely no spectacular provenance to speak of. 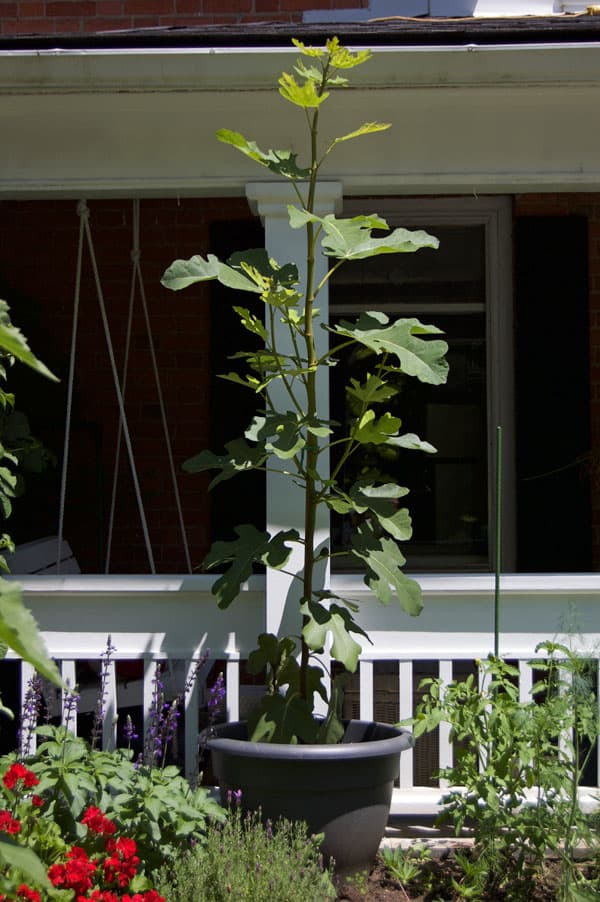 It has leaves large enough to act as a modesty cloth for even the most alarmingly large private parts.  Liam Neeson private parts. 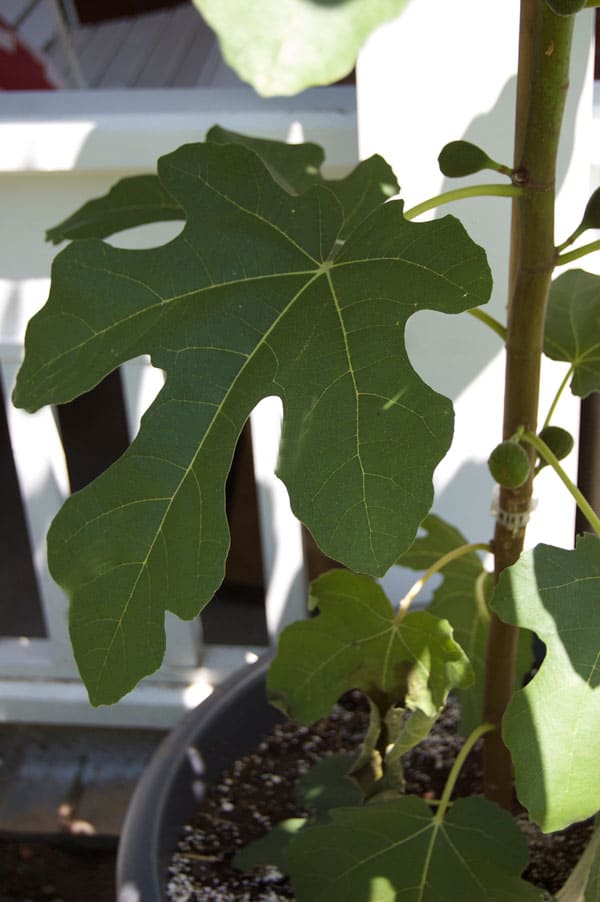 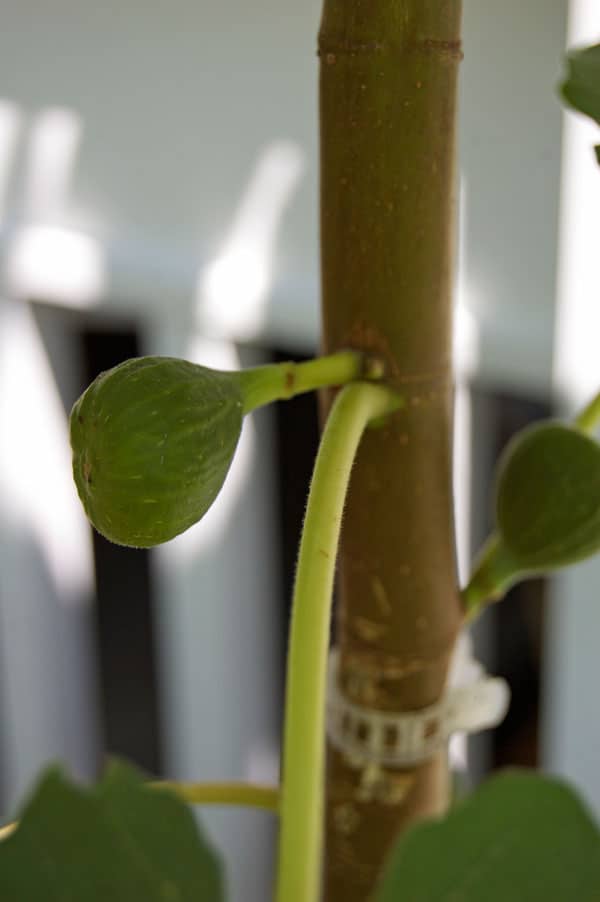 And I have no idea WHAT I’m going to do with this thing in the winter.  You have two options with a fig tree, I know that.  You can bring it into a somewhat sheltered area like a garage or shed, wrap it in something insulating and forget about it until March or April when you start watering it and putting it outside again.  OR you can plant it in the ground, bend that whole tree over and cover it with mounds of insulating straw.  Planting it close to the house foundation is also a good idea because the house retains heat and makes the area more livable for the fig tree.  That wasn’t an option for me.

Actually, now that I think about it, there’s another option.  You can leave it standing up and wrap it with straw and burlap the same way you would for cedar hedges in the winter.  Not that I’ve ever done that for my cedar hedges.

Based on everything I’ve read I think my best choice is wait until the fall, plant the tree and then bend and insulate it.

The Chicago Hardy fig tree is supposed to be hardy to zone 5 and I’m at zone 6b which makes it within the range of being able to grow it.

Do you know what?  I actually think I have yet another option.

I could move to Italy.

(If you have any experience with growing this type of fig tree in this type of climate feel free to impart any and all information from pruning to protecting.)