(honestly it isn't that bad, but if you're the sensitive type you might cry)

O.K. this is where the real post begins.  Last week I told you how one of my chickens, Sweetie, died unexpectedly.  That's kind of the hallmark of chickens by the way, dying unexpectedly.

They're miracle workers when it comes to hiding that they're sick or injured. It's a genetic trait to keep them alive. If they look weak they know they'll be the first picked off by a predator.  Plus if they look weak they'll get harassed by their fellow chickens.  So they hide their symptoms.

Which is exactly what Sweetie did.  Last week I told you about how Sweetie, my black Ameraucana died recently.  I suspected it was a sour crop because of impaction but I wasn't positive.  And I wanted to know for sure what killed her so I could be sure it wasn't something contagious.

If I had NO idea at all what killed her, I wouldn't have cut her open looking for random things, but I was pretty sure I knew what was going on, I just needed to confirm it.  If you're interested in some of the symptoms of Sour Crop and how it affects a chicken you can read this post.

This post isn't about Sour Crop, it's a general look at what it was like to necropsy one of my chickens and what I did exactly. 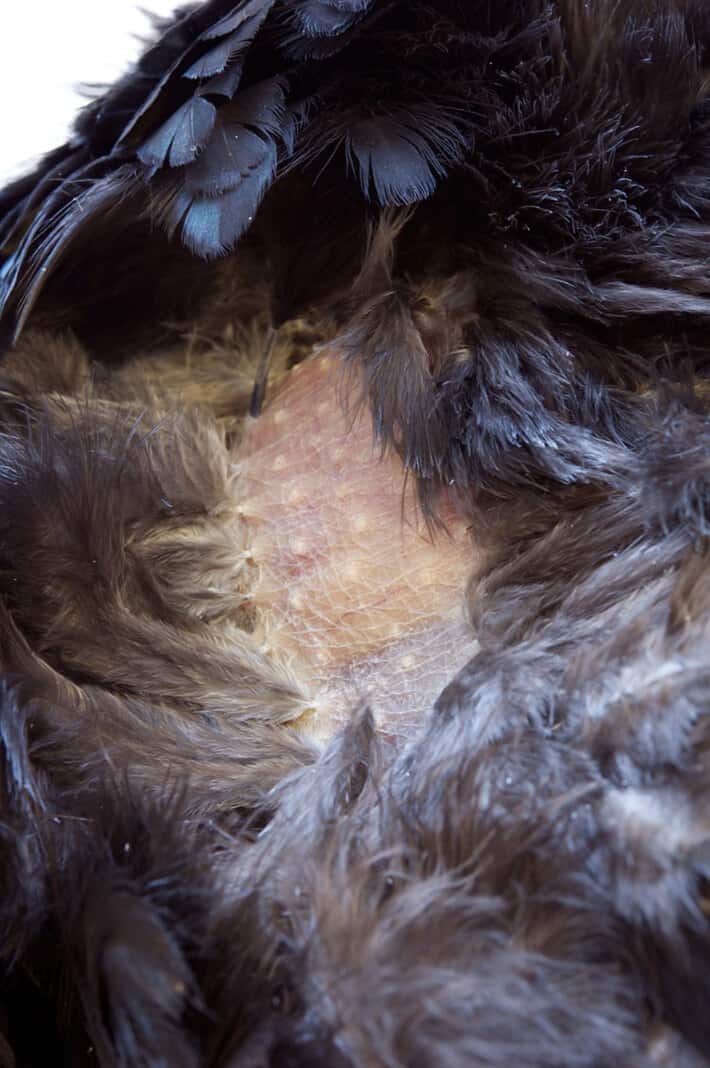 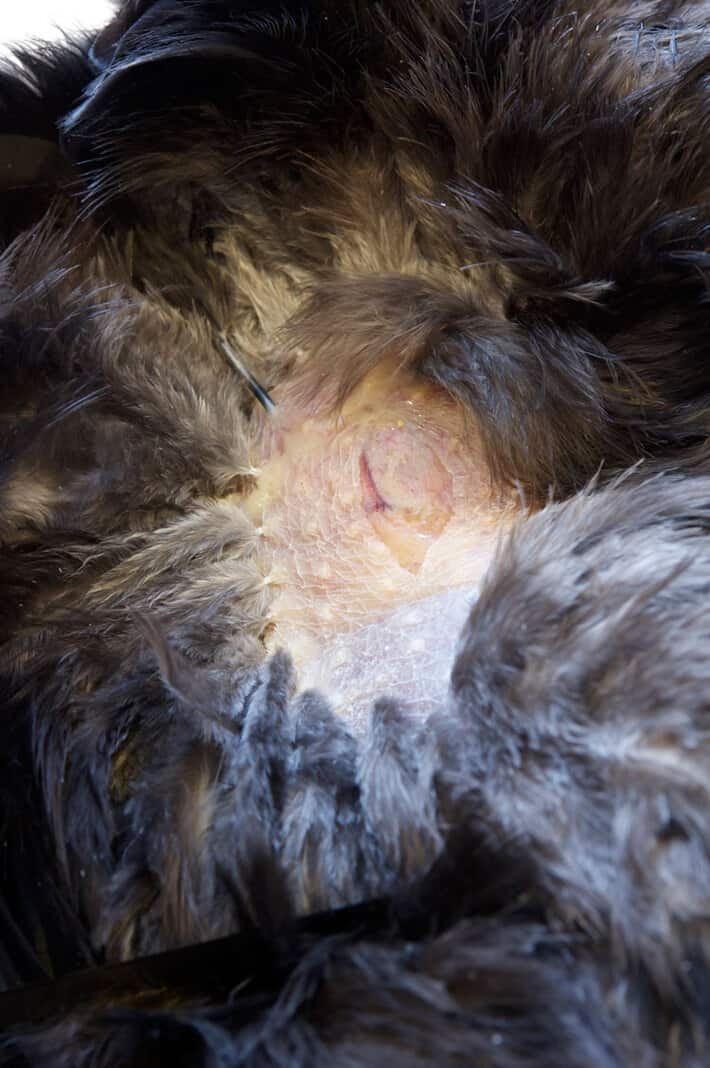 Sweetie's crop was filled with putrid, stinking juice. I assume it was infection. It came streaming out like an abscess and smelled bad enough, even through a mask,  to make me gag.  But I kept going.  Like an idiot. 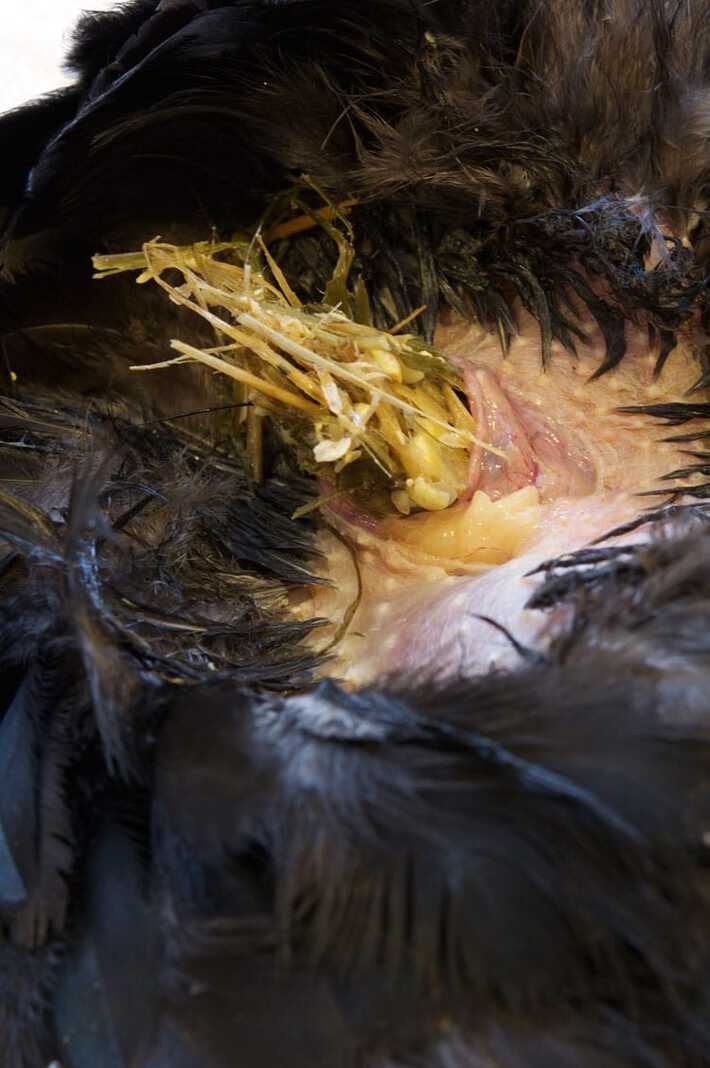 There was a bit of a nest inside Sweetie's crop.  She'd been eating straw which is a hazard with chickens but usually it just passes into their gizzard.

I pulled the tangle of straw out of Sweetie's crop and assessed it. 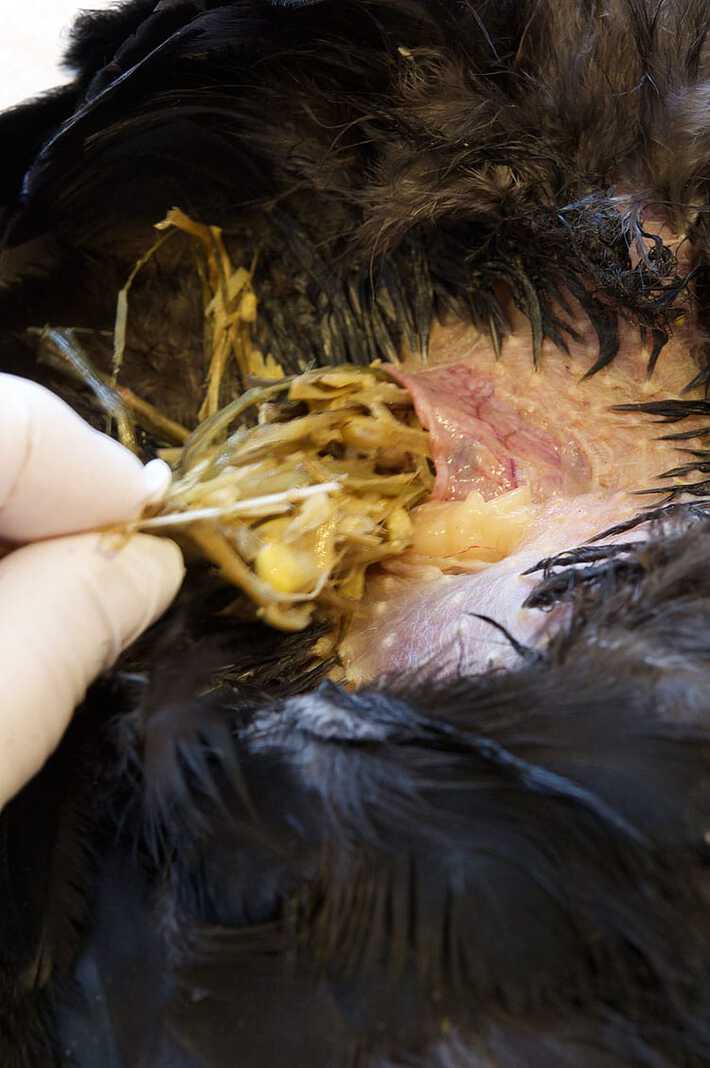 This is the majority of what was found in her crop.  A fair amount, but after all that I wasn't sure if this was enough to cause Sour Crop or impaction so I sent the photo off to Dr. Mark. 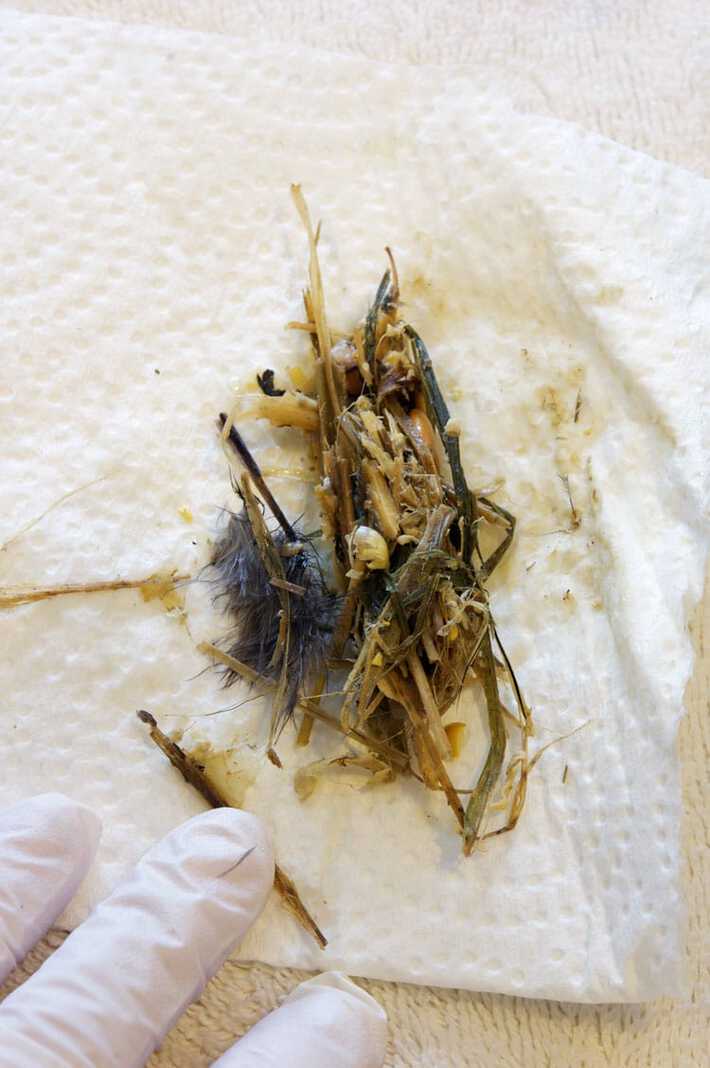 According to Dr. Mark, this could have been enough to cause an impaction in Sweetie and Sour Crop.  Another chicken may have been fine with it and worked it through, and another chicken still might have been able to fight the infection, but that wasn't the case with Sweetie.

In case you're wondering where all the blood is (like several of my friends asked), there is no blood because the heart isn't pumping.

If you're feeling particularly brave I also videoed the entire procedure, although I've cut what was 16 minutes of footage down to 3 and a half minutes.

I've eliminated most of the really gross stuff like spewing puss and extraordinary language on my part.  This video is for the curious.

Really the worst part of this was the smell.  It was surprisingly easy to cut into Sweetie once she had died because it was just her body and I was somehow able to mentally separate her body from her.  It wasn't an ideal Thursday morning but I'm glad I did it just to see what it was like and to better understand the inside of a chicken.

I can say with great honesty that that very night I went to the grocery store to pick up something quick for dinner and I had a make a U turn at the pre-cooked chicken section.  That wasn't happening.

Thanks for sticking it out with this post to the bitter end.  You, are a brave and curious soul and I'm happy to have you around.