As I mentioned earlier this week, I went to the Christie Antique Show and Sale in Greensville, Ontario.  It’s Canada’s largest antique show held in 10 acre field.

The great thing about Christie’s is everyone is there for business. Very few people are dressed to impress.  They’re dressed to lug heavy, antique crap around and perform the dash and tackle.

The dash and tackle is a move perfected by professional antique shoppers, or as I call them/us – Shifties.   You see something you like but you also notice someone else sees and likes the very same thing.  So you dash to it as quickly as possible with your elbows positioned direction in front of you creating a sort of insane warrior stance.  If your subject refuses to move as you dash towards the item, you elbow tackle them to the ground.  Then you apologize profusely while grabbing the object of your affection and throwing money at the owner of the booth.  The dash and tackle.

As I was saying, everyone is dressed to perform.  To lug and carry and slop and traipse.  This year was no different.  The fields were wet and the ground was muddy.  Most people anticipated this and wore rubber boots.

In fact, I’ve never seen so many rubber boots in all my life.  After about hour 2 I decided to start taking pictures of all the boots.  Out of all the boots, one was a clear winner.  The Hunter.  Hunter boots were on close to half the people wearing boots at the show and for good reason.  They’re comfortable, made of soft rubber that bends when you crouch (to look under tables etc.) and they fit snugly to your feet and calves as opposed to the old style rubber boots that have a loose leg and slap your shins every time you take a step.

Behold the rubber boots of Christies … 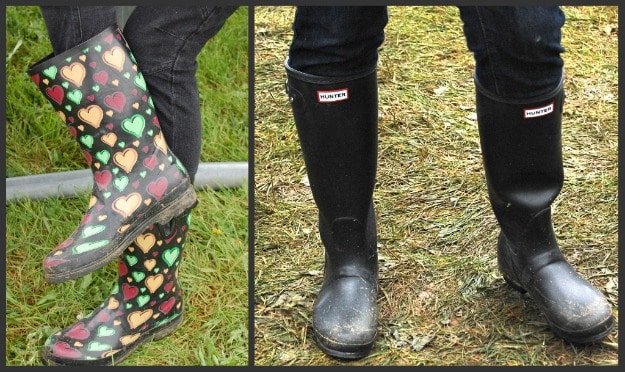 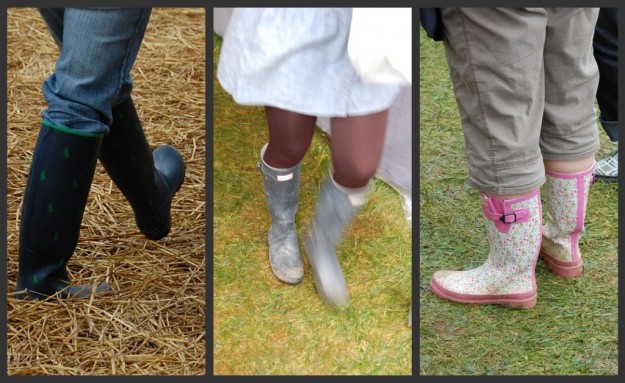 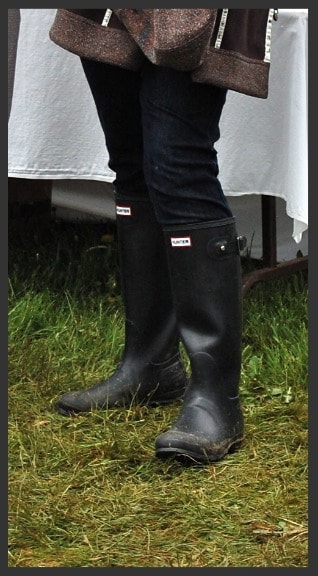 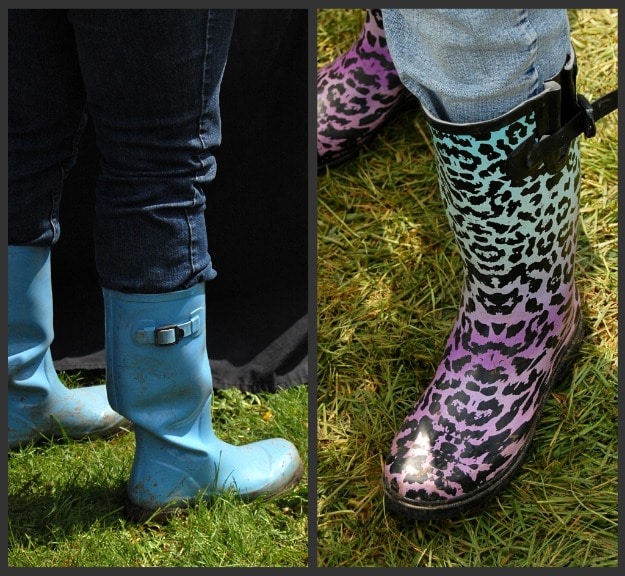 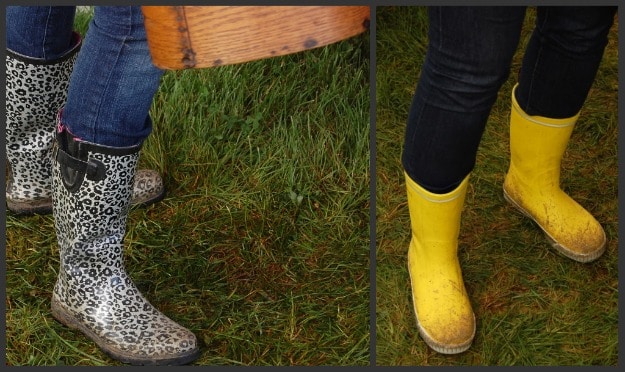 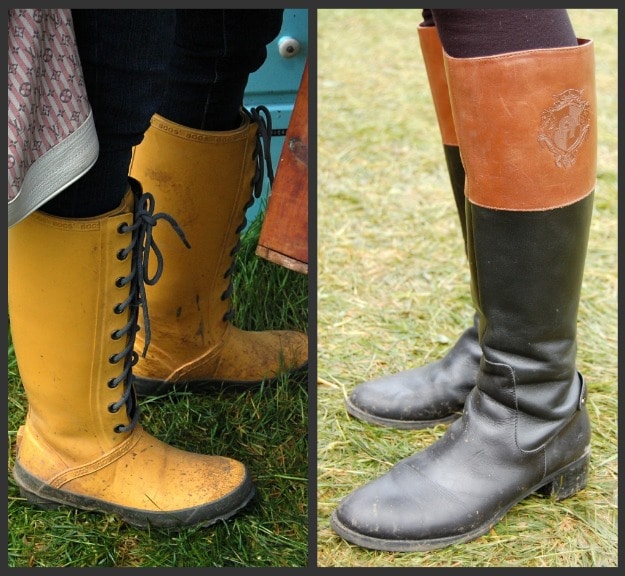 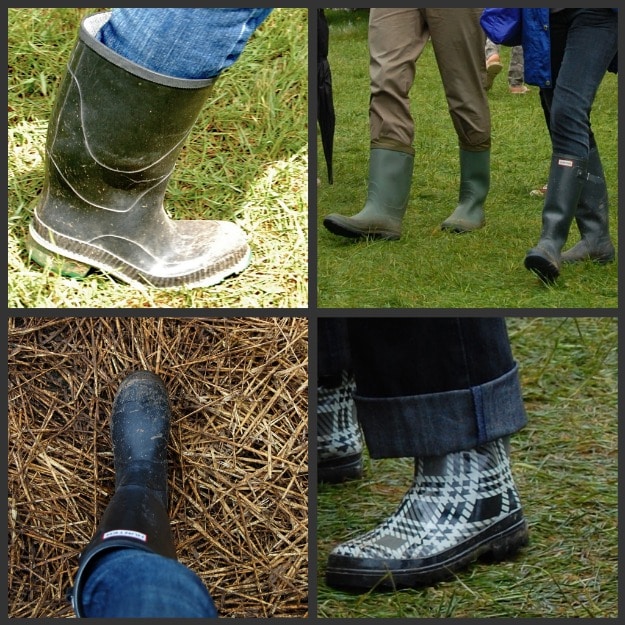 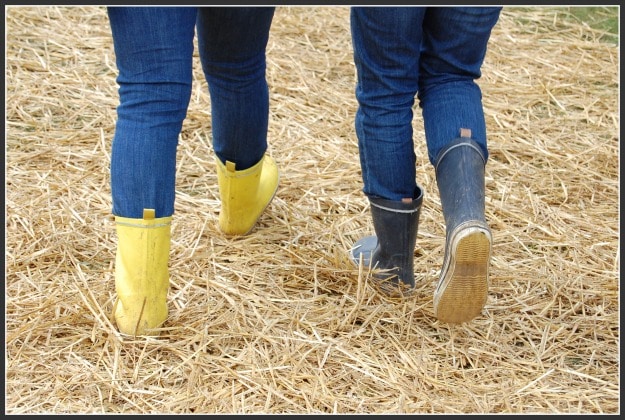 To begin with I took the pictures surreptitiously.  Like that word?  I even spelled it correctly the first time out of the gate.  No spellcheck or anything.  Then I decided if I wanted some really good boot pictures I was just going to have to ask people to stop and let me take a picture of their boots.

I was a bit nervous about doing this and rightfully so.  I mean, it was a pretty insane thing to do.  Someone walking around with the $1,000 antique they just bought and I want to take a picture of their dirty, smelly boots.

Was I in for a shock.  As it turns out … people are pretty proud of their rubber boots.  They were flattered I wanted to take a picture of them.  In fact, I dare say the people I asked were kind of glowing and giddy.

Or maybe  their beaming was just because of their newly purchased antique.  Hard to say.

My favourites (not counting the Hunters because I already own those) are the Yellow Bogs with the grey laces, priced around the same as the Hunters at about $110. And you?

Happy boot browsing and have a great weekend.