Twice a year Canada's largest antique show sets up shop 5 minutes from my house.   Even though people drive from hours away to attend, I only end up making it there once every couple of years.  It is 5 minutes away.  Sometimes that's a struggle.  If the show were held on my front lawn, there are times it would be a struggle to make it there.  My grass for instance is currently 17 feet high because it's such a struggle to make it out there.

Christie's has 300 dealers on 10 acres of field.  Anyone serious about buying or selling antiques is at this show and they're there EARLY. And they're well nourished and hydrated.

My sister and I arrived fashionably late, by 6:45.  Just kidding.  We rolled in around 10:30, figuring that 7 hours would be plenty of time to stroll around the wares.  My sister and I are stupid.  We made it through the first 5 acres in about 6 hours and ran through the last five in an hour.  I slowed things down by constantly taking pictures, she slowed things down by looking at every single wall sconce, chair and table in the place.  She has issues.

I have so many pictures of so many great things from the day that I've decided to split it up into two posts.  One part  now, one part next week.

I struggled with trying to categorize all the things I found into "Art", "Unique", "Ridiculously Expensive", "The Classics", etc., but I ultimately ended up deciding to just show you everything in the order I saw them in.  Starting with ... the entrance. 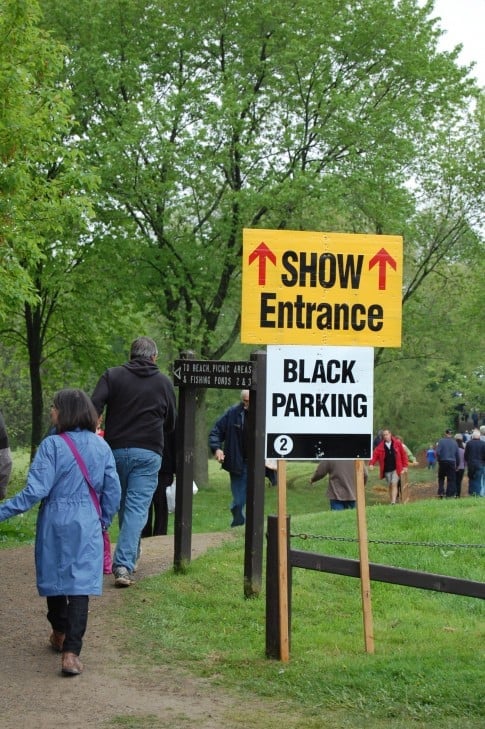 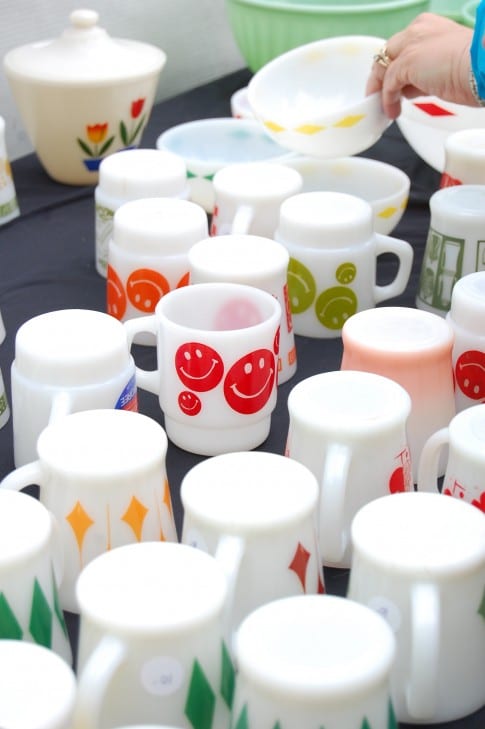 Everyone was going nuts for these mugs, but at $10 each I couldn’t bring myself to buy a bunch. I’d want at least 6. :( 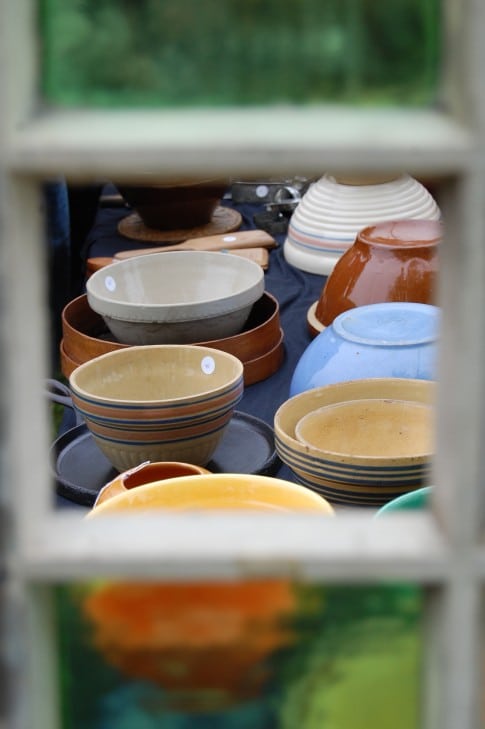 I never met a bowl I didn’t like. ‘Cept one filled with brussels sprouts. 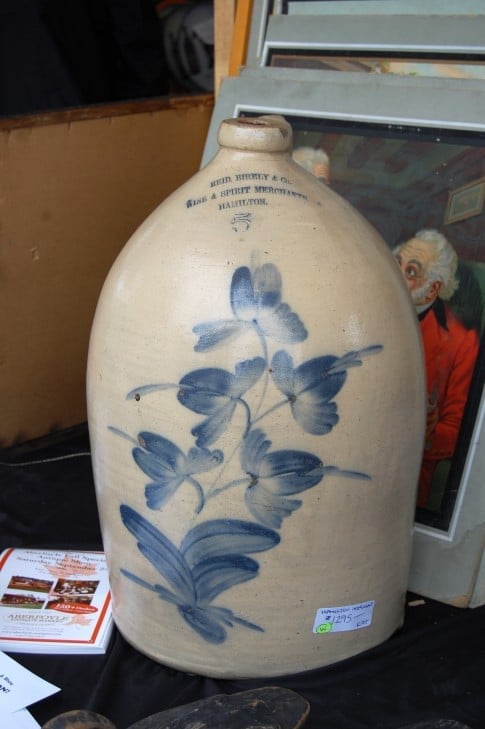 I don’t know if you know this but any crock or jug with painting or lettering on it is expensive. How expensive? This one was $1,300. I’d need 6 so clearly this was out of my price range. I maybe could have pulled off 5, but not 6. 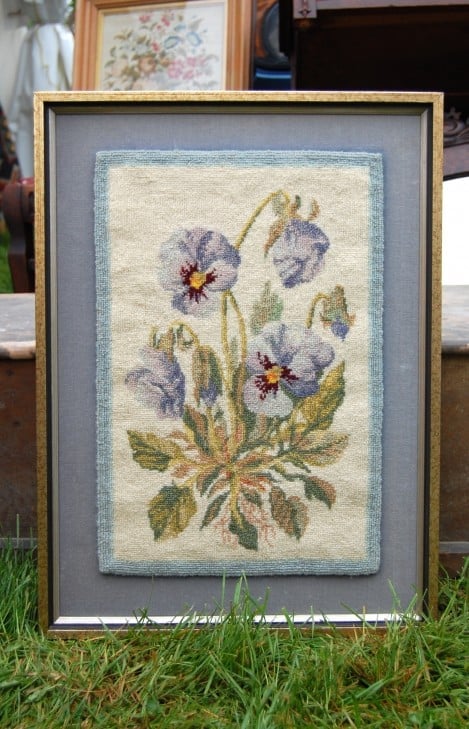 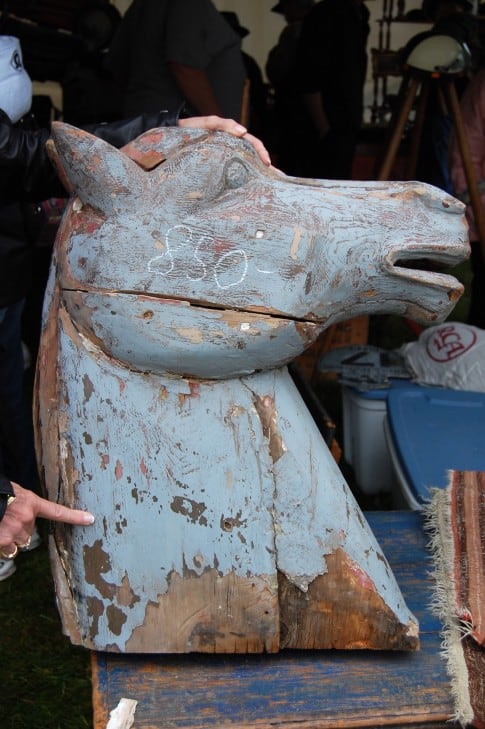 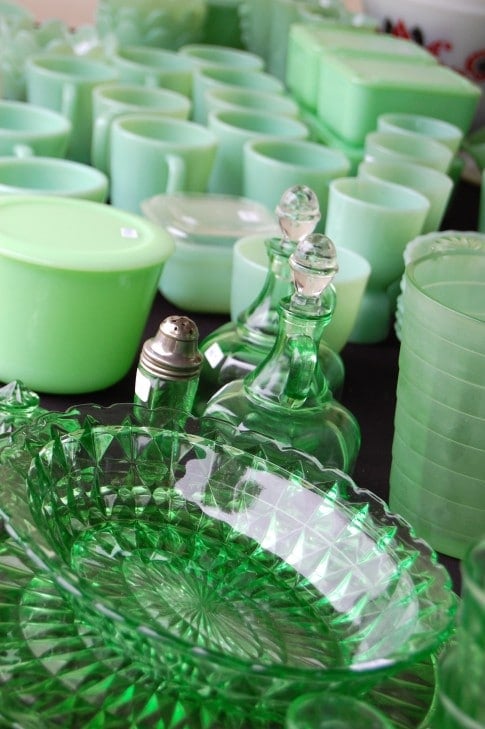 Jadeite was still around but not nearly as prevalent as it used to be. For some reason, it’s still as expensive as always. I do love it still. 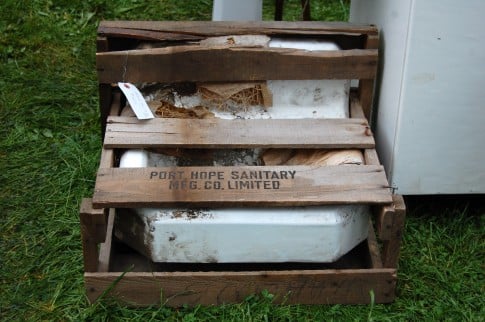 A vintage sink still in its wooden packing crate. 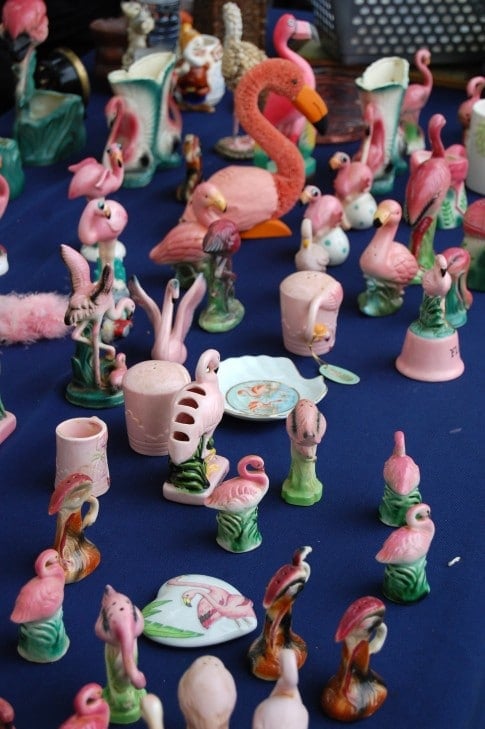 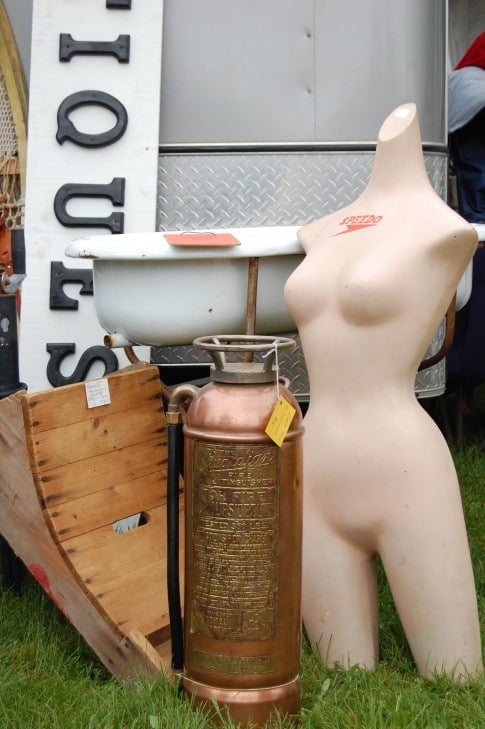 What makes Christie’s so much fun is finding items you’d NEVER find anywhere else. 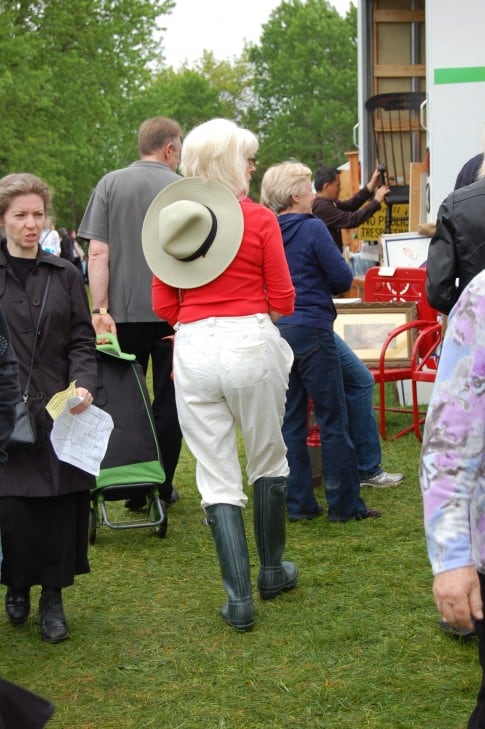 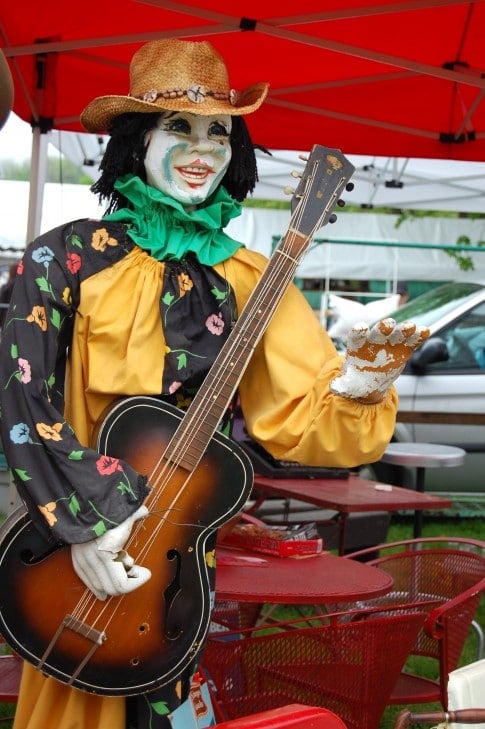 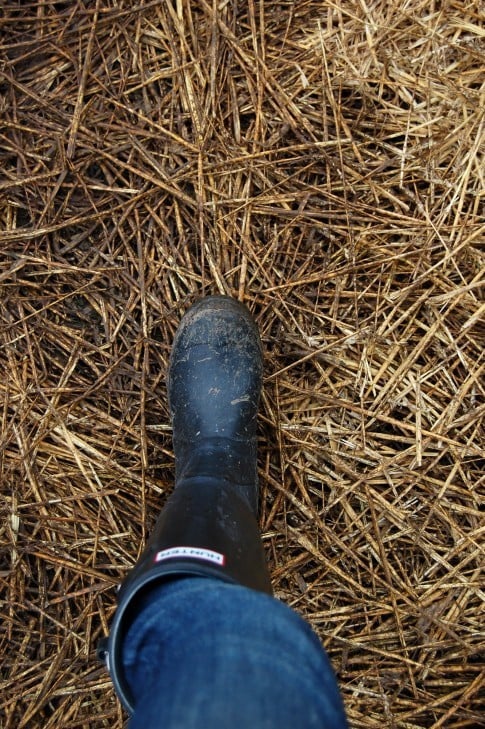 It’s been raining for 23 months in Ontario so the field was extremely muddy. Everyone was wearing rubber boots and half of those were Hunter’s. Watch for my post on “The Rubber Boots of Christie’s” on Friday. 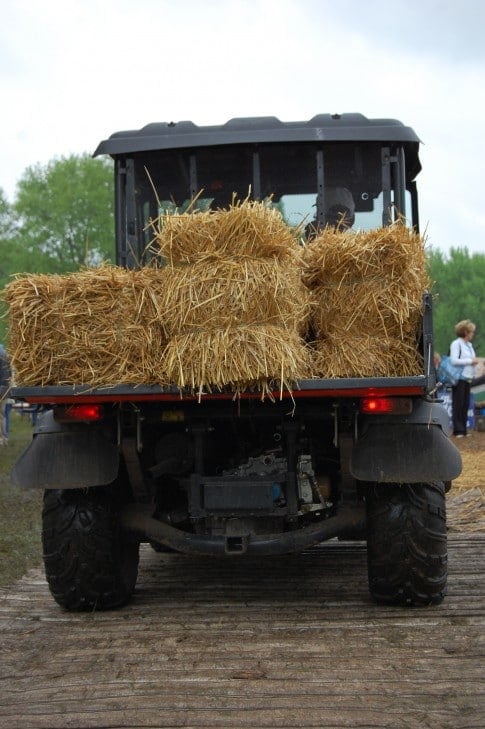 Nope. Not for sale. An actual old truck filled with straw to cover up the mud everywhere. 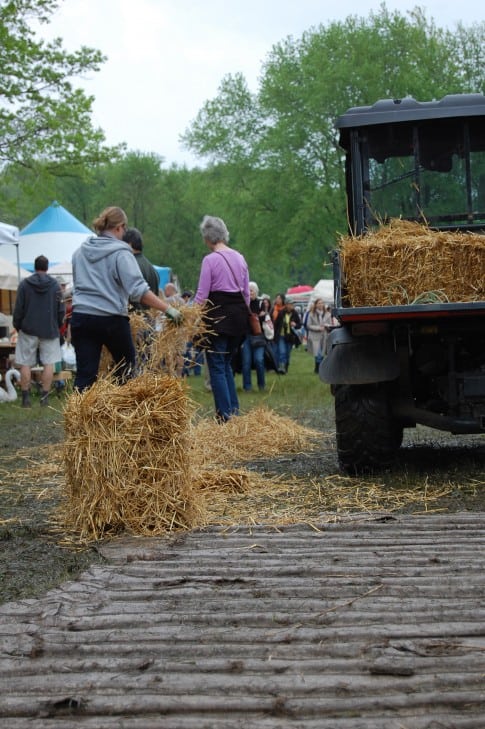 It was kind of picture perfect. 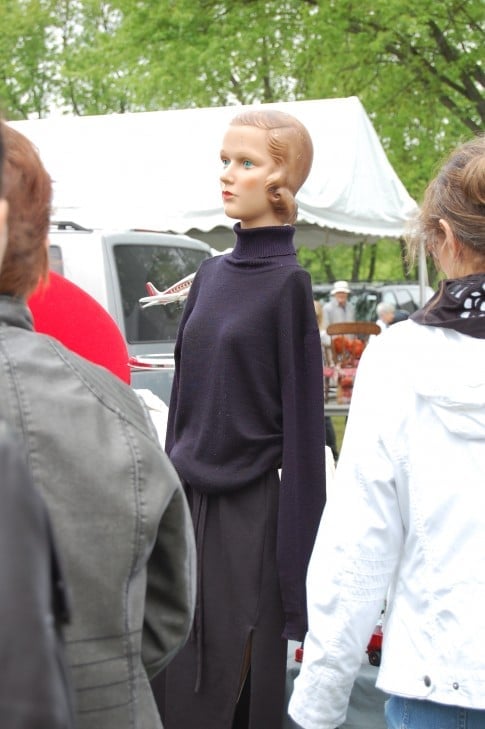 Again with the bizarre. 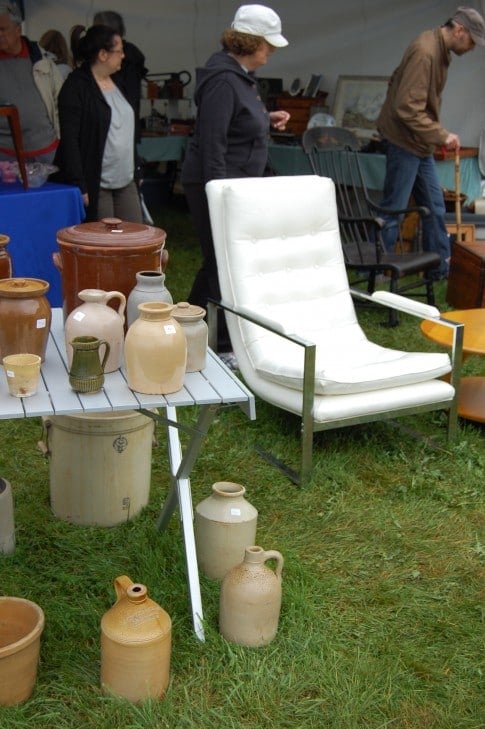 There wasn’t a lot of “retro” sort of stuff, but the stuff that was there was reasonably priced. This chair was priced at $125. By the end of the day *another* dealer had it in their booth at a higher price! 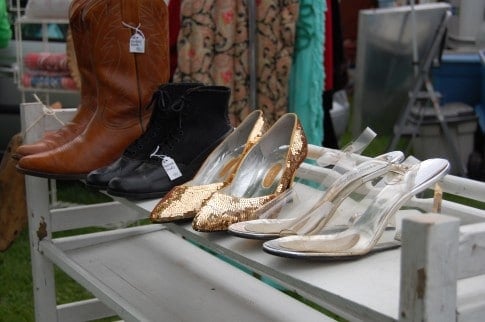 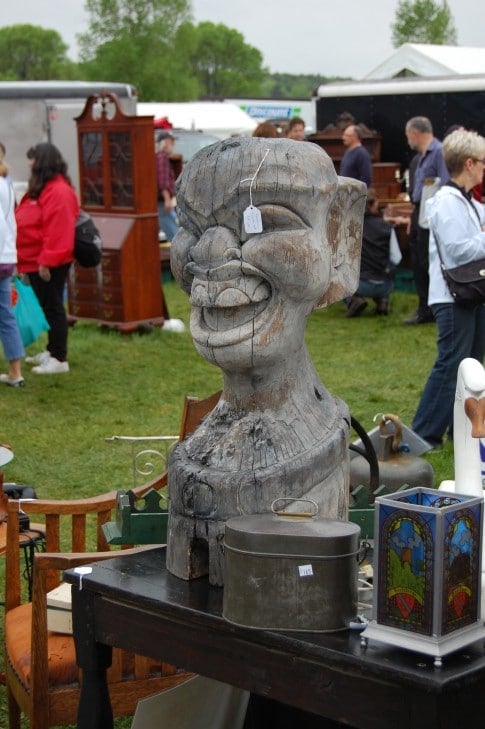 Big wood head. Who doesn’t need one of those? 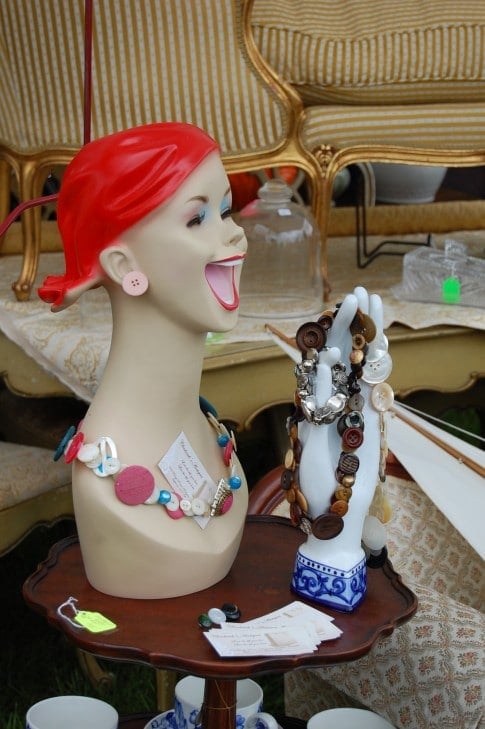 Creepy yet cute jewellery display. Jewelry for you Americans. 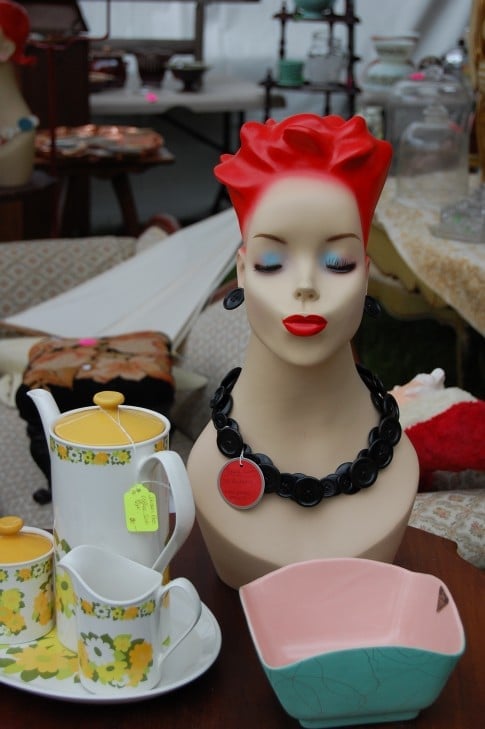 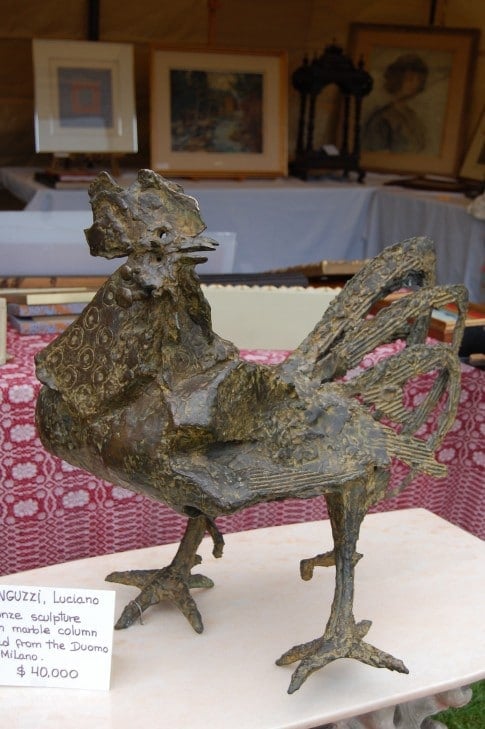 This bronze sculpture was priced at $40,000. Surprisingly, it was still there at the end of the day. 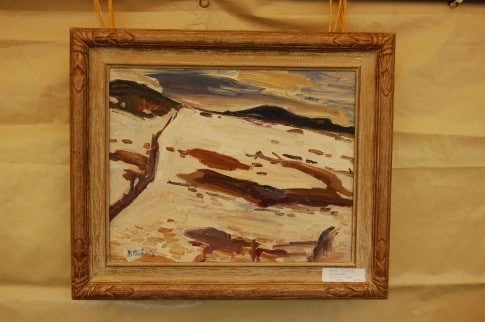 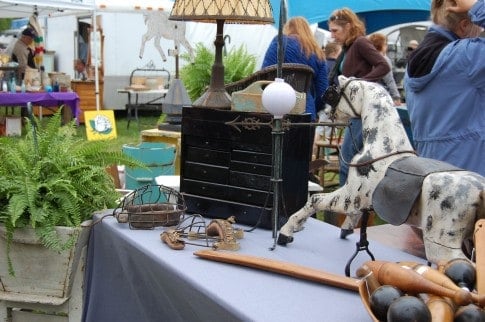 This booth had ferns everywhere and it was *beautiful*. A fern makes *everything* look better. 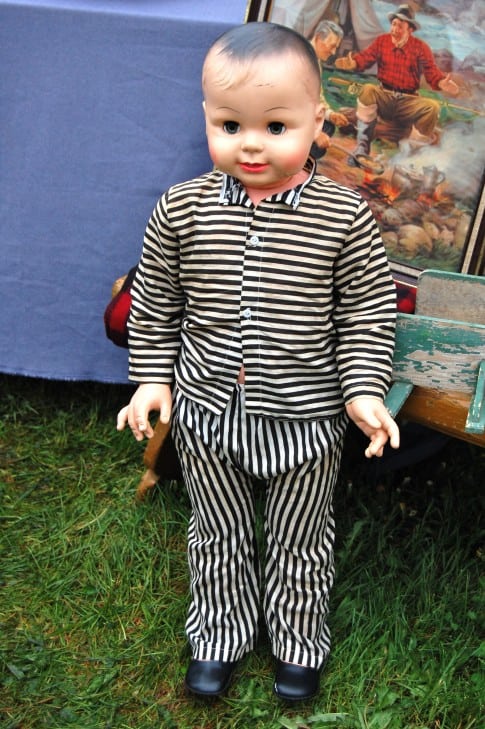 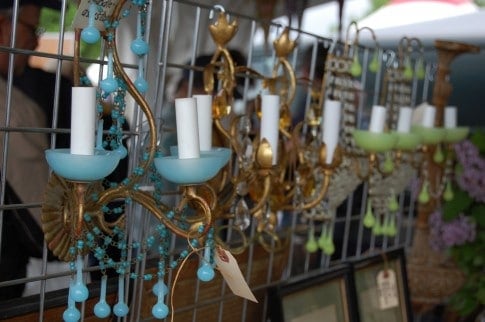 Pretty, pretty wall sconces in a multitude of colours. Or colors for my American friends.

So that takes us up to around hour 4 at Christie's. And I have yet to buy a thing. That's coming up in hours 5 and 6 which you'll will see in next week's post.

I cannot say enough about how much fun going to an antique show is.  Especially one held at the beginning of summer out in a big field.  You know it's a great show when people leaving without anything are just as happy as the people leaving with bags and boxes full of stuff.  As you can see from the pictures, every booth you walked into, every row you walked down was filled with tons of beautiful and fun objects.  I could have stared at the big pile of sap buckets alone for an hour!

Now if you'll excuse me I have scads of money to make by writing a horror movie starring that hideous clown.