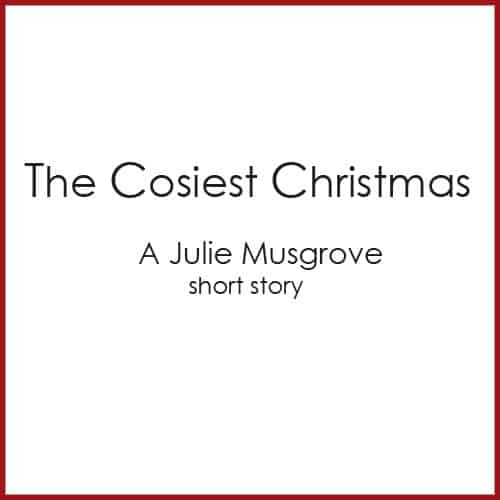 If anyone was looking for Julie last Saturday evening, she could be found quietly sitting on the floor in the centre of a 50% off clothing rack at The Gap.   She’d been there, in the dark, surrounded by a carousel of sombre toned housecoats for close to an hour and now she felt one of her sneezes coming on.  A sneeze that she was pretty sure would alarm the ring of holiday shoppers flipping through the fleece wall of her new home.

She’d made her way into the clothing rack easily enough at 7:15 when all The Gap shoppers fled across the aisle to Cinnabon after a girl with pink dreadlocks  announced they were giving out free samples. Slipping down onto the ground and crawling into the pit of housecoats made perfect sense at the time but now she was feeling a bit weird about it. It was Christmas,  she’d been at the mall for hours and she was agitated.  She had just needed a little quiet time before she accidentally pushed someone down an escalator on purpose.  Hiding in a clothing rack seemed the more sane option, reasonable even, but now that she had to emerge, she was wondering about her choice.  Studying the toes of the salt stained winter boots surrounding her, she contemplated whether she’d say yes or no to the Dr. Phil show when they called.

Julie was a quiet, bright woman; valedictorian of her  high school class in Pugwash, Nova Scotia, gainfully employed (most of the time) and one of only twelve volunteers allowed to have an after hours key to the local animal shelter.  Julie  didn’t normally do things like crawl around on the ground at the mall.  As a matter of fact Julie never even went to the mall.  She was opposed to it based on a variety of supposedly environmental reasons but really she just didn’t like how the florescent lighting made her look sickly.

Julie checked her phone.  It was after 8 o’clock and she was still there in the middle of the rack avoiding her life.  She’d been at the mall for 3 hours and she hadn’t been able to scratch even one of the gifts off her list let alone the 12 that were on there, plus she’d run out of everything in her purse she could possible use as a tissue for her ever running nose.  The cold wasn’t so bad, it was the fact that it came in the middle of December when she had all manner of things that had to get done, not the least of which was finishing up the Christmas shopping.  And buying tissue. And maybe a housecoat.

She liked it in the circle of housecoats. Sitting on a filthy rug surrounded by staticky fleece and the murmur of people she hated, was surprisingly cozy. She was just about to crawl out from under the robes holding a pretend contact lens triumphantly in front of her when there was a tap on the metal rod above her.  Looking down on Julie was a tall, lanky, kid who appeared to be right in the middle of his acne producing years.  For some reason that Julie couldn’t figure out, this kid looking down on her was dressed up like a security guard.

“Ma’am why are you in the housecoats?”

Julie then realized this spaghetti noodle of a kid wasn’t dressed up like a security guard, he was a security guard.  Probably his other part time job as president of the high school World War II club didn’t pay enough.

“I … I just lost my contact lens.  It’s fine. I found it.  See?  It’s here in my hand.  You probably can’t see it but it’s right there.” said Julie, pointing somewhere between her finger and infinity.

“Are you sure ma’am?  We’ve been watching you on the overhead security camera.  Me an’ Bob.  You’ve just been sitting here for over an hour now.  Bob thought maybe you figured this was a bathroom.”

“Wha…. WHAT?  No!   And who uses the bathroom for an hour?  I lost my contact! I just sat down in here to look for it.  And sometimes I lose track of time when I … sit.  Everything’s good now. I found my contact lens, I’ll just get myself out of here now.”

By now there was a crowd of course.  Bored holiday shoppers desperate for anything that might divert their attention away from their lists.

Julie gathered up her knees, parted the robes and emerged from the circle of clothing as dignified as one could with a pretend contact lens in their hand and hair staticky enough to run a toaster if you plugged one into her ear. Brushing herself off she thanked the security guard for his service to the country and tried to make her way out of the store.

“Ma’am?  Ma’am I’m sorry ma’am but I’m going to have to bring you into the security room”.

“For WHAT?  For losing a contact lens?!”  Julie started to walk out the door when “Bob” rounded the corner towards her.  She knew it was Bob because Bob looked exactly like someone who’d suggest a clothing rack might be misinterpreted as a bathroom.  Bob looked like he thought many things were probably a bathroom; walls, fire pits, clothing racks, ice cream cones.

Before she even thought about running, Bob had taken her down with some kind of sleek martial arts move you’d never expect out of a man with  chocolate eclair in his hair.

Over the next 45 minutes, 35 year old Julie, valedictorian of her graduating high school class (of 14), holder of one of only 12 keys to the animal shelter, and  environmental advocate (when she could be bothered) … cried.

The adolescent security guard (who she’d learned was Will) and Bob brought her into the small security room in front of everyone at the mall including her horrible neighbour Mrs. Adamore.  The crying started as they escorted her past the store windows and she caught a glimpse of her reflection, hair standing almost straight up but a little more to the left, a smudge of mascara under her eyes,  pants untucked from her really cute winter boots and 4 ounces of lint stuck to her bum which, for some reason, a random stranger was trying to wipe off of her.

The sight of herself combined with all these stupid windows done up for the holidays in a false display of cheer pushed her over the edge.  There was nothing cheery about the holidays.  Nothing cheery about great big fake snowflakes, kids building snowmen or twinkling lights dancing to that stupid devil-man Bing Crosby.  The holidays were a life sucking pit of horrid which reduced Julie to a heaving, sobbing, dripping mess every December.

Why did this happen to Julie every year? Why wasn’t December the joyous, greeting card experience every made-for-tv movie made it out to be? 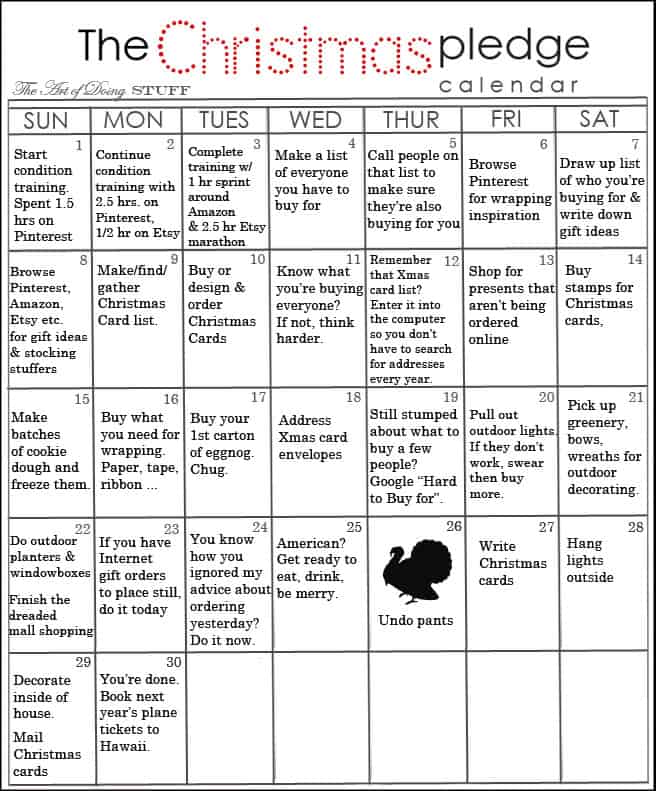