Christmas present dioramas are more work than a simple bow but they're also but more fun and way more interesting. You can make these holiday scenes to match the person you're giving the gift to. 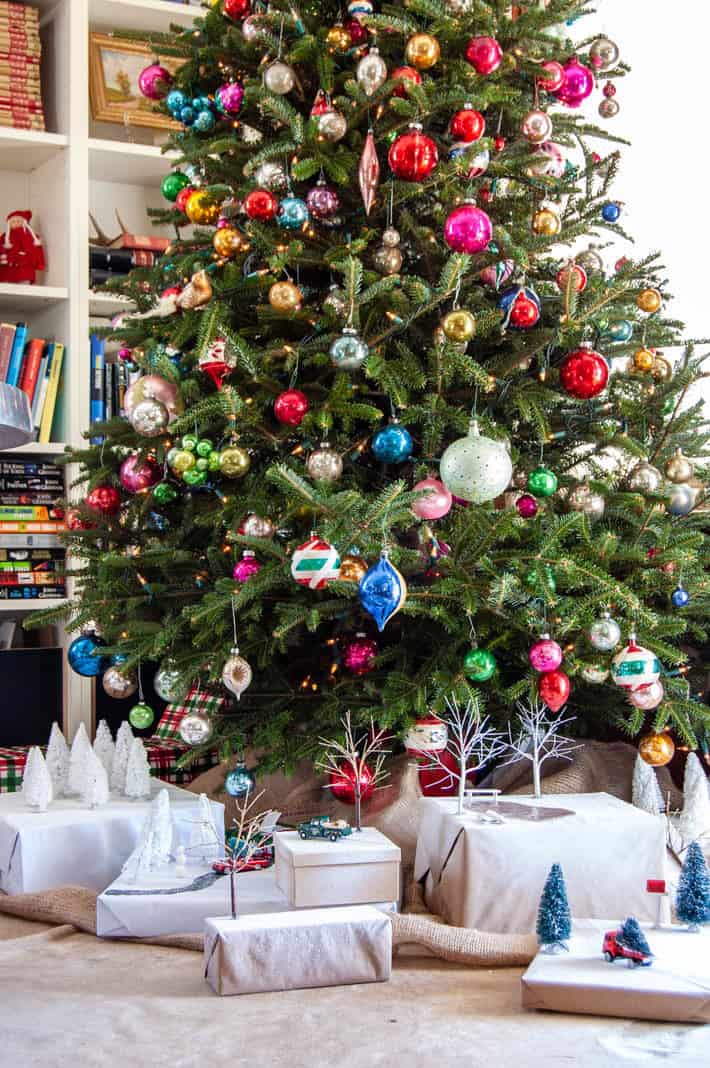 Yup!  It's a surprise Tuesday post.   I wanted to give you a close up view of the Christmas wrapping I did this year and if I didn't do it on a Tuesday (instead of when I regularly post on Mondays, Wednesdays and Fridays) I wasn't going to be able to fit it in before Christmas.  If you read my post on Diorama Present Toppers a few weeks ago you know that I topped all of my presents with little winter scenes.  I only had a couple of them done at the time so I wanted show you how they all turned out, and how I got the look. 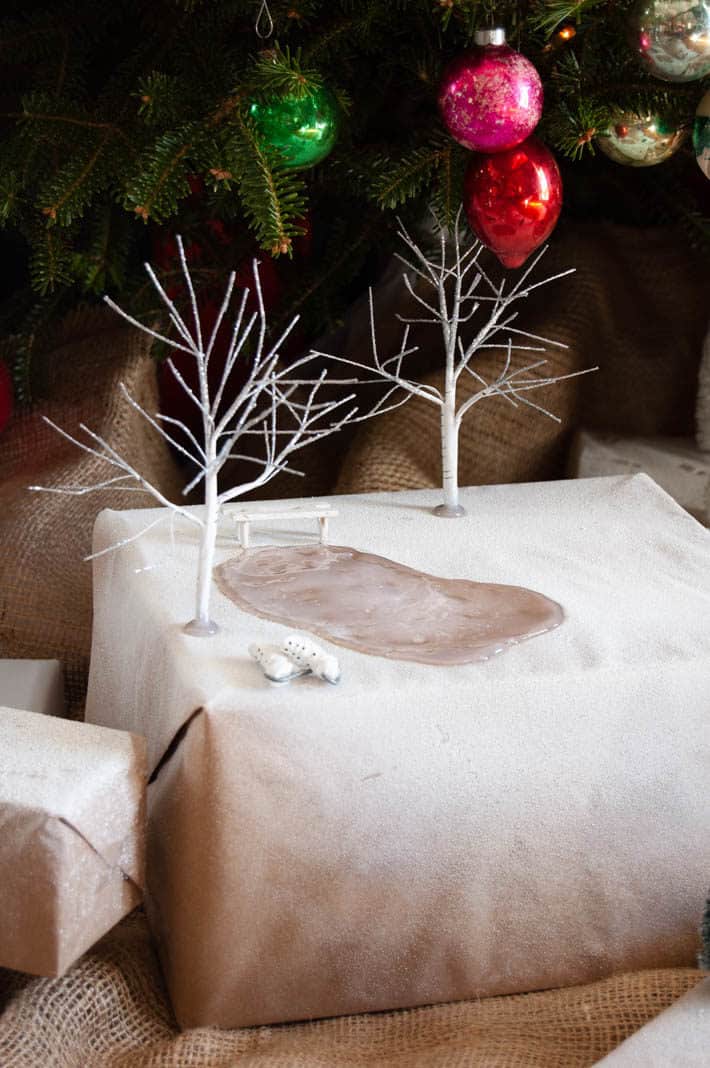 This is Betty's present.  A skating rink and bench.  The figure skates are an ode to her Christmases past.   The snow on this present and on all the other presents is just regular spray snow that's been allowed to dry.  The pond is hot glue. 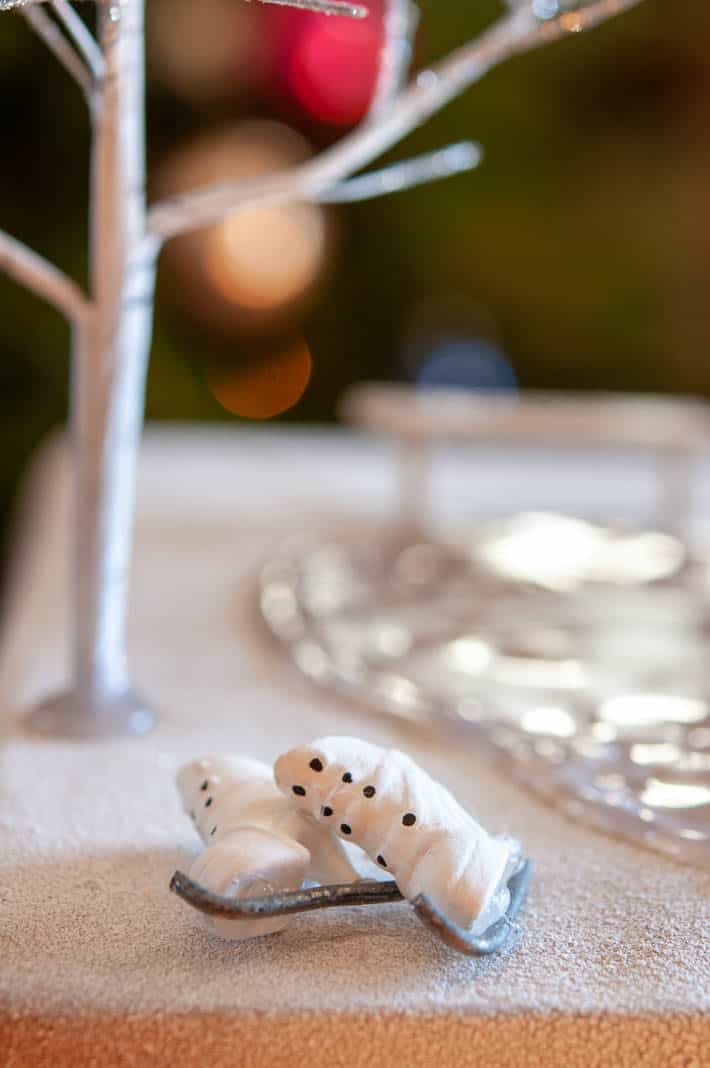 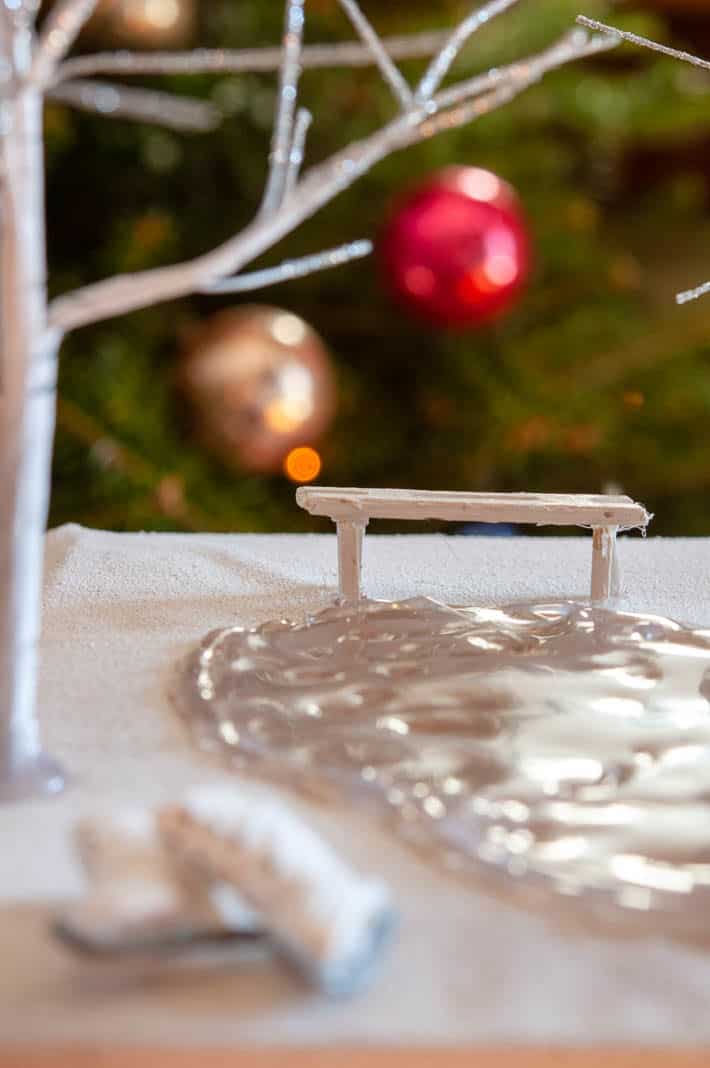 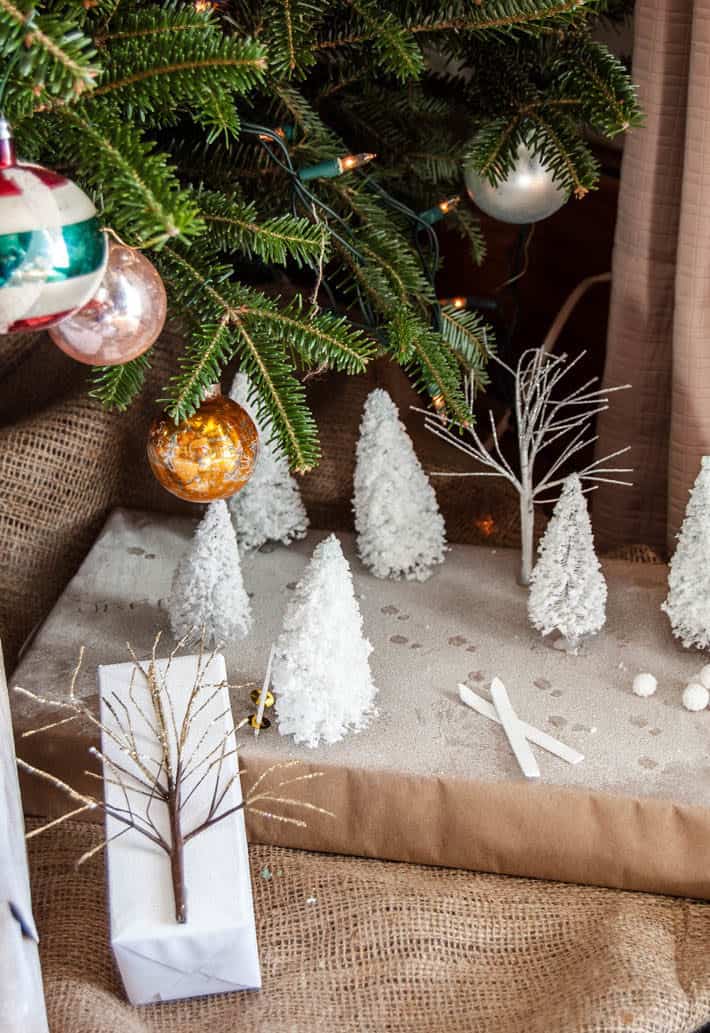 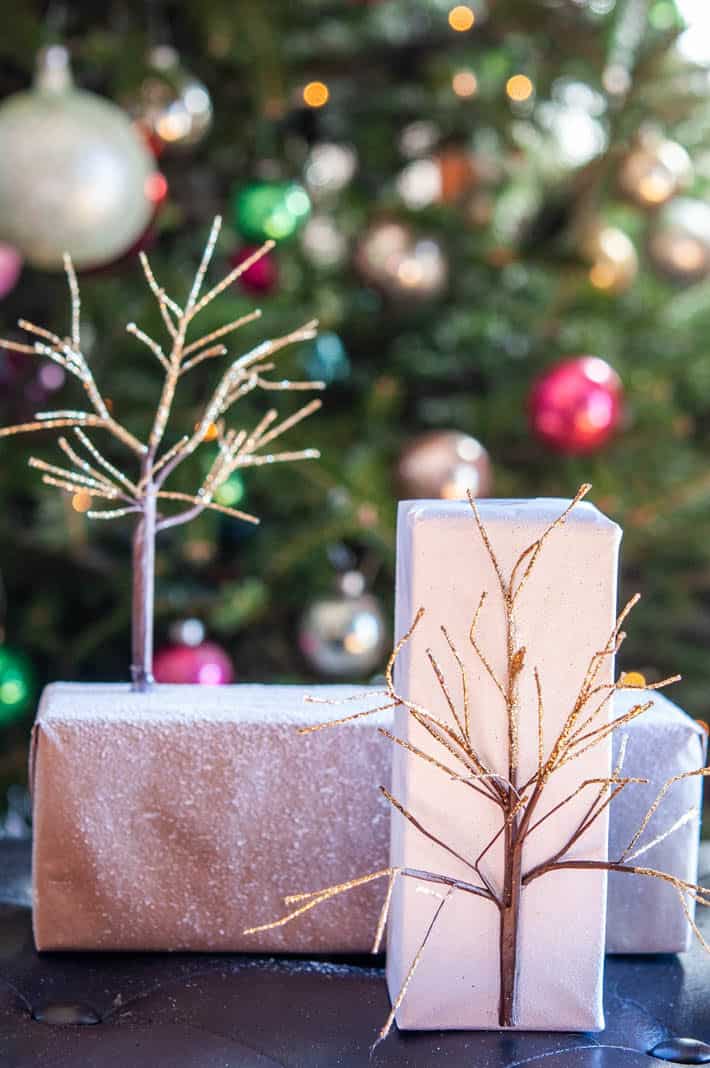 Not all of the presents are entire scenes.  Some of them just feature a simple tree.  If you're looking to make diorama present toppers but don't want to spend all the time it takes to make skates (like a lunatic) then just adding a tree instead of a bow has almost as much impact. 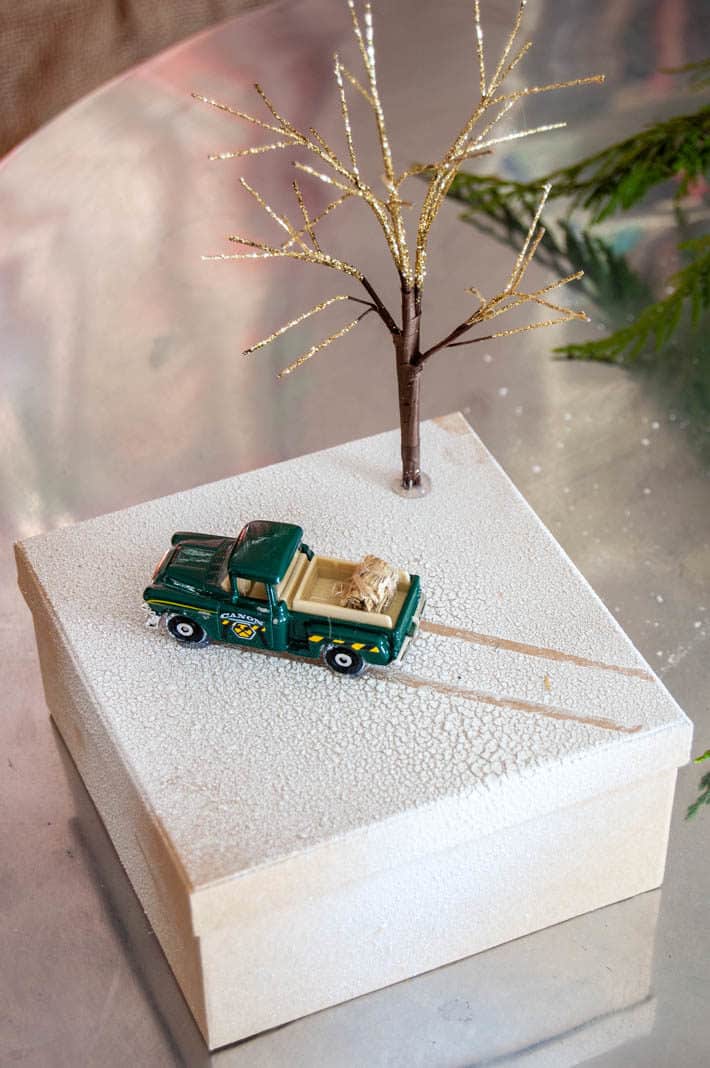 But of course, it has a little more impact if you add in a truck with hay bale in the back.  The most important things with these dioramas are the little details. Like running the truck through the snow as soon as you spray snow it so you get tracks.  Without the tracks in the snow this present topper is good. WITH the tracks it's enough to make a Restoration Hardware stylist spit carefully curated antique square head nails with jealousy. 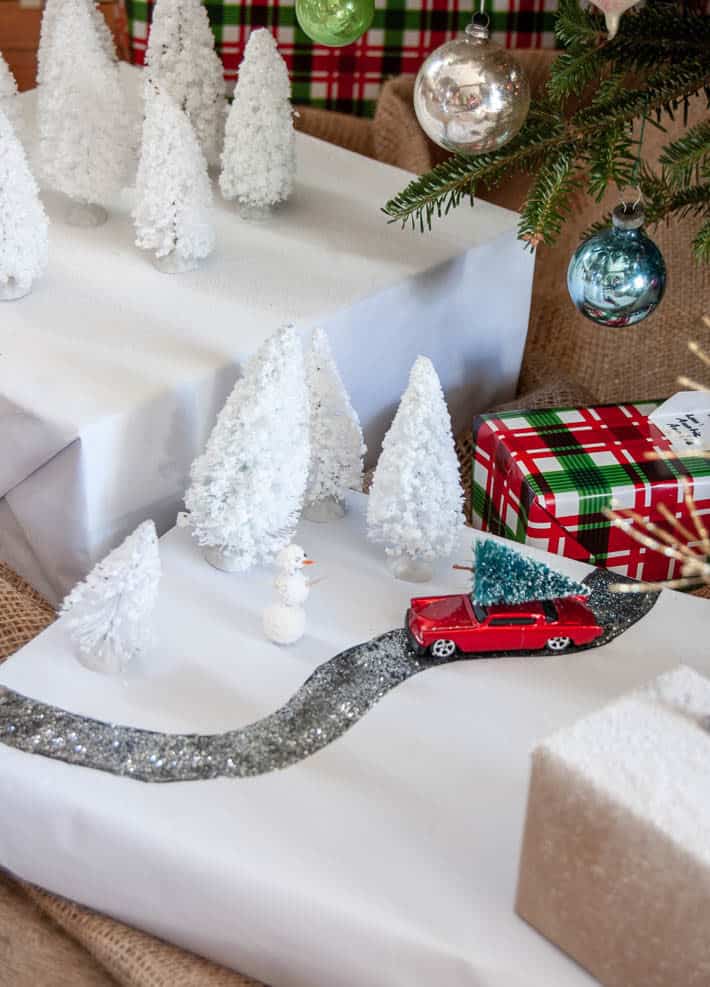 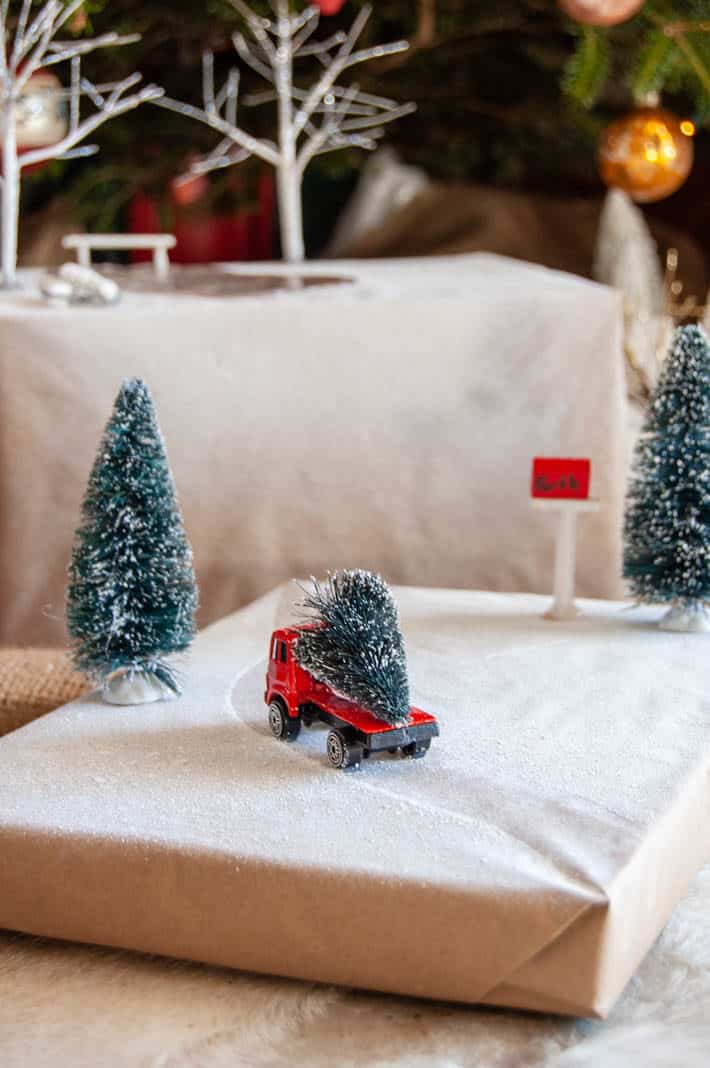 This might be my favourite.  It's a snowy scene with a flatbed truck making its way down a winding, snow plowed road to deliver a Christmas tree to a homestead. Complete with red mailbox. 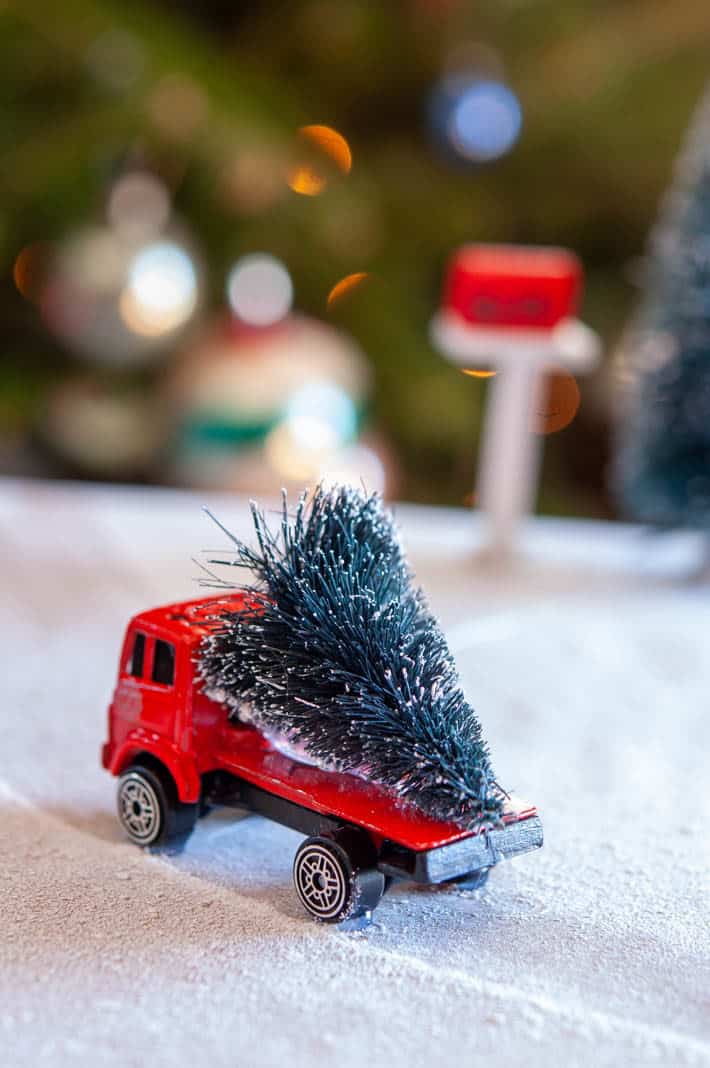 I've never had so much fun wrapping Christmas presents in all my life.  Ever.

I feel myself filling with rage every time I think of someone opening them, so that might be a problem.  Other than that, I suspect it's going to be a happy, happy holiday.