Cuddles lays an egg! And my 2 year anniversary.

It’s been a longggg time since I’ve updated everyone on the saga of Cuddles, the chicken that could. Here’s a little refresher. Last summer, Cuddles got sick. Chicken sick. Which means she almost died. Chickens tend to do that. When they’re finally sick enough for it to show they usually die. They’re delicate little dinosaurs.

I got a lot of help and advice from around the world because of the post I wrote about her and I managed to bring her back to life. It was a suspected case of egg peritonitis.  Which basically means that she’s laid an egg internally (it didn’t go through her ovidcut but rather fell into her abdomen) and she got an infection from it.  A bad infection.

She’s looked fine since, but I know she isn’t really fine. For one thing Cuddles hasn’t laid an egg since the trauma the middle of last August. That’s 8 months without laying an egg.  So she’s probably laying internally and will eventually get another infection from egg peritonitis.  Chickens can lay eggs internally and be fine as long as they don’t get an infection and are able to absorb all the eggs into their system so they don’t build up.  But usually they can’t absorb the eggs they’ve dropped into their abdomens and so they build up putting pressure on all their organs, eventually causing infection and death.

So far she hasn’t shown any signs of being unwell though.  Or, as I mentioned signs of being well … which means laying eggs in her case.  Which I’m fine with. Cuddles isn’t here to give me eggs, Cuddles is my pet. She runs up to me, jumps in my lap and loves being held and pet. Cuddles loves to Cuddle. She doesn’t just tolerate it. She loves it. If I put her down after sitting in my lap for 15 minutes, she’ll immediately turn around and try to jump back up. Cats won’t even do that. Cats sneer.

And then this happened. 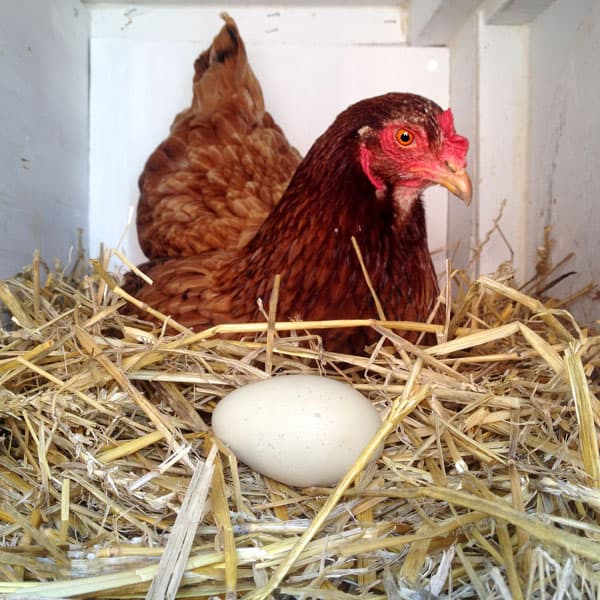 This was  a couple of weeks ago by the way.

So.  Now what the hell?  Cuddle’s laying a nice egg like that bodes well for her.  But was it her egg?  Just because it was under her doesn’t make it so.

Fast forward to this week.  Again with the in and out of the nesting box without ever laying an egg for Cuddles.  She doesn’t seem to eat enough and so I decided to keep a really good eye on her.  The way she’s eyeing that egg in the photo above.  I was going to take a few days to give Cuddles the chicken eye.

The first night when the chickens went to roost for the night I took a look and noted their positions.  Cuddles was on the left end, so when I woke up in the morning I could look at the poop board under that spot to see how she’d been pooping.  Lots of poop is good. It means she’s eating enough and her guts are doing what they’re supposed to do.  (you can technically watch for this sort of thing during the day but kind of like a watched pot doesn’t boil, a watched chicken doesn’t poop.)

The next morning I had this. 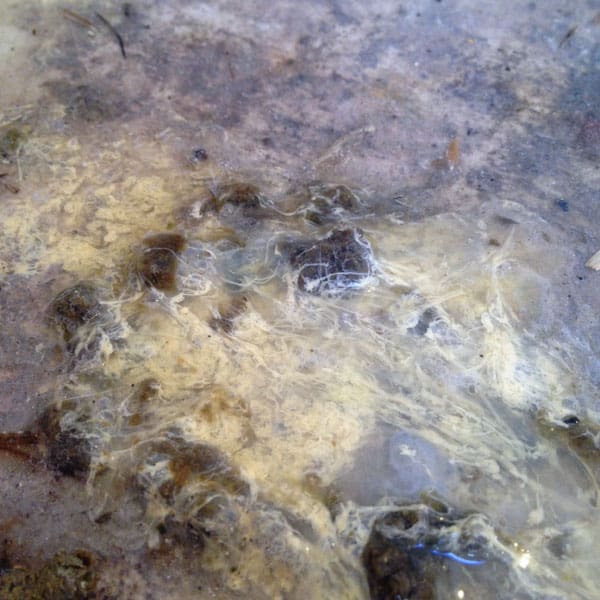 A weird puddle of egg whitey/yolky mess with a few lumps of poop mixed in.  That’s not good.  That’s not what you’re looking for in the poop of a healthy anything.

But then, on a whim I opened up the nesting box, and there in the nesting box were two blue eggs.  One a regular egg, and another with a thin shell that had broken.   A chicken can only lay one egg a day at most.  I have two chickens that lay blue eggs; Cuddles and Cheez Whiz.  That means each of them laid an egg early that morning.

So one of two things could have happened.  Cuddles could have had an egg break inside her and part of it came out when she pooped in the night, the rest of it was laid already broken in the morning.  Or Cuddles had pooped out part of an egg that hadn’t been formed and then laid a full soft shelled egg in the morning.

Either way she got rid of a couple of things that are better off out of her body than in it.  So the chicken eye continues.

I wouldn’t say she’s well, but she’s better than she was a year ago.

Speaking of which.  So am I.  I’m doing even better than I was two years ago today.  Happy anniversary to me. Time really does heal all wounds.

We’ll see if it heals a chicken.