The tools that fill the workshop in her basement?  They're hers.  Her husband borrows them they odd time but they belong to her, wearer of the pink tool belt.  She has all your basics like drills, hammers, screwdrivers, a jigsaw, a skill saw, a compressor and nail gun, a table saw, drill press and everybody's favourite, the sliding compound miter saw.

She's the one who showed me how to frame my chicken coop and came over every couple of days to work on it with me until I told her to go away because I wanted to built it myself and she was taking away all my fun.  Then she came over every 3 days instead of 2.

Pink Tool Belt is not poor.  She has plenty of money. I know this because she never buys no name potato chips. But part of the reason she has plenty of money is because she does everything herself.  She built her own bed.  This is a person who BUILT HER OWN BED.  And I'm not talking about taking apart some cruddy old skids and nailing them together again in a different way.  I'll show you her bed one day. It's fancy and flourishy.

It shouldn't have come as a surprise to me that she would build her own chandelier out of junk.  But it did surprise me.  Cartoon surprised, where your eyes google out of their sockets and your tongue unrolls out of your head.  You see, Pink Tool Belt is like me in that she is alarmed at how much money outdoor lighting costs.  You may remember that refusing to pay for outdoor lighting is how I came up with my Glowing Outdoor Orbs.

Her creation is a bit more ambitious.  When she realized she wanted/needed a light for under her pergola in the backyard she figured she might as well just make one with some crap she found in the workshop, plus a few things she had to buy.

Because who doesn't figure they'll just whip up their own light source from beads and wires and stuff?

Behold Pink Tool Belt's DIY Junk chandelier.  This is what it looked like before she painted it, so you can see all the bits and parts. 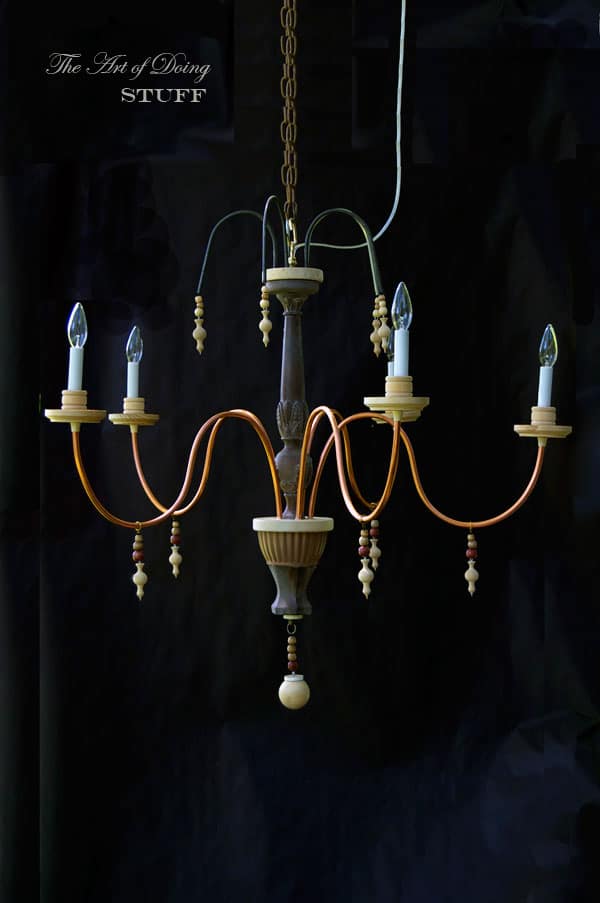 So what is everything and how did she do it?  More importantly, how did she find time in between cleaning her potato bin to get it done? 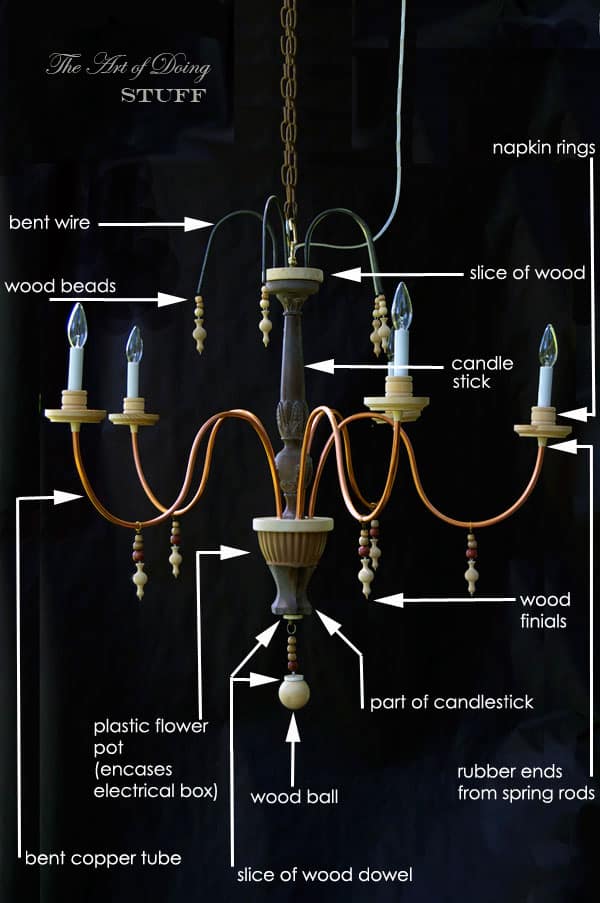 She made her own jig out of a piece of wood to bend the copper tubing into shape so they'd all be exactly the same.  Ditto for the wire up top.  The finials are pieces of wood my father did on his lathe years and years ago, which she saved all this time.

The pictures I've shown you so far don't give you a good idea of the size of this thing.  It measures 3 feet across but weighs surprisingly little what with it being made out of plastic pots and all. 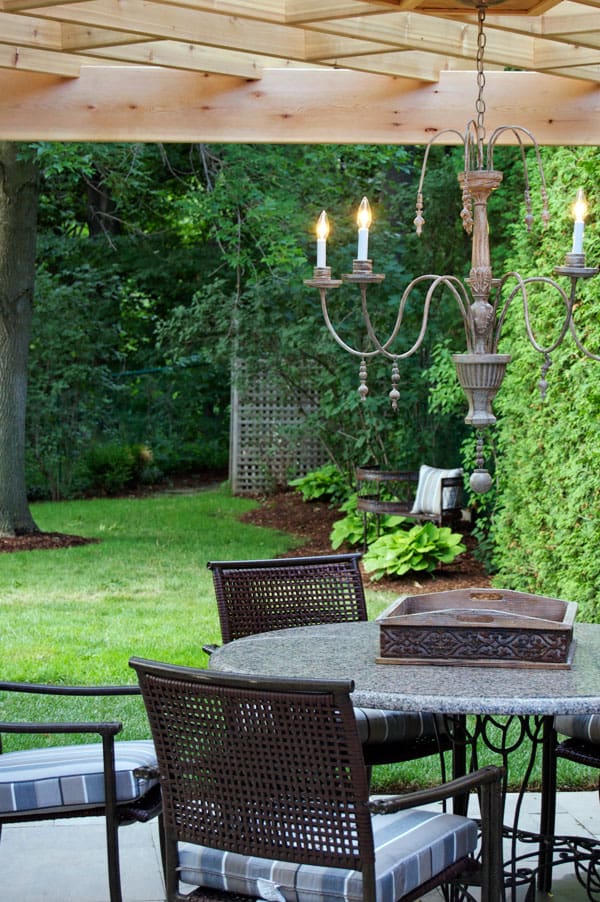 She painted it and gave it a bit of an antique finish. 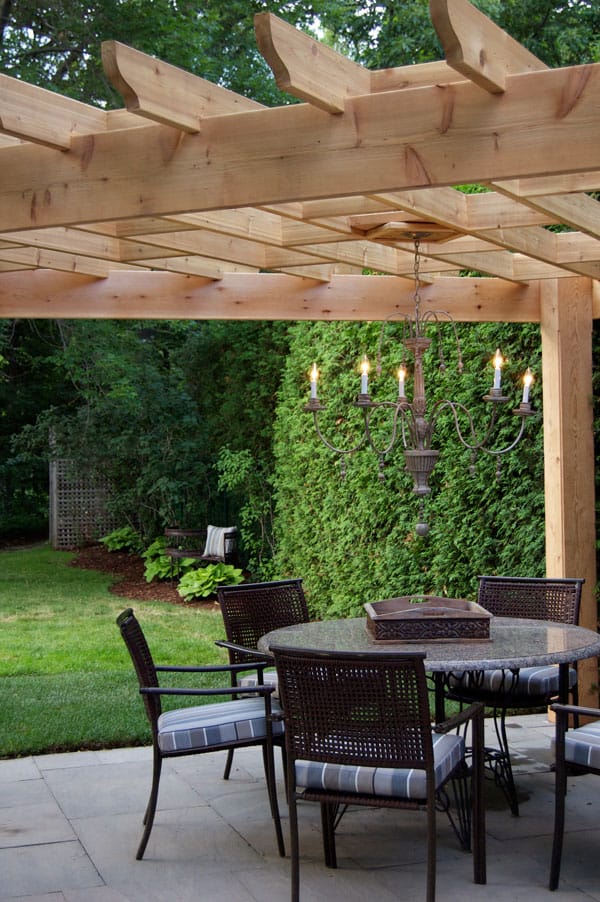 It wasn't until she hung it that she realized it's a bit big for the table and a bit low, so after I took my shots she raised the chandelier up a bit and starting honing a big hunk of marble she has squirrelled away in order to make a new, bigger table.  Just kidding.  I think.  Who knows with her.  I could very well go over to her house next weekend and discover she's built a table, new chairs and a self cleaning potato bin. 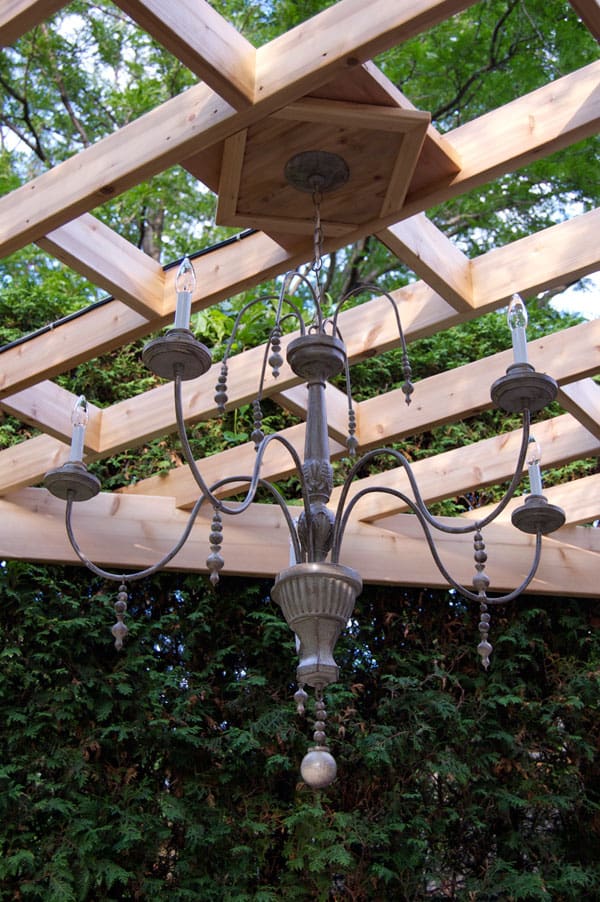 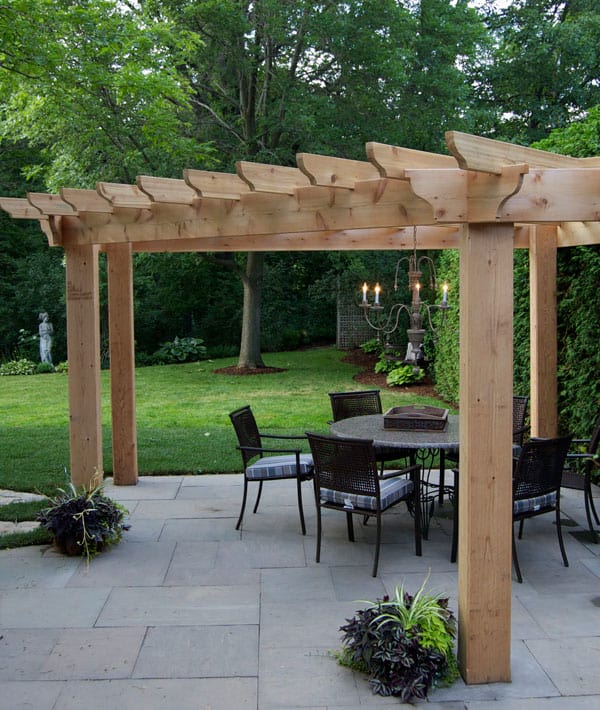 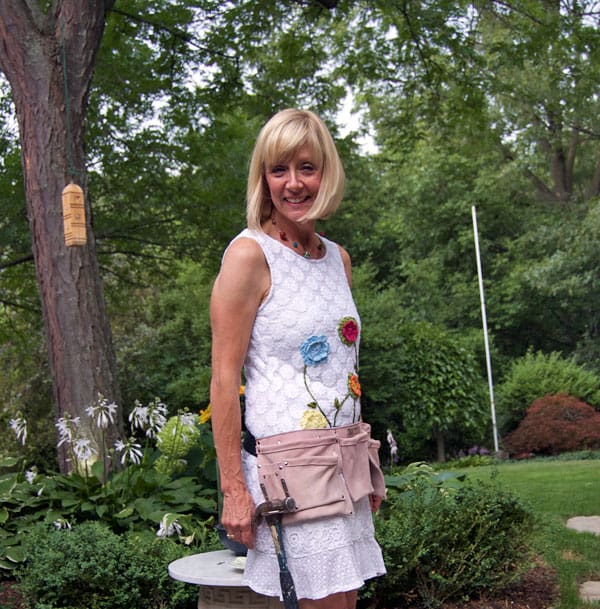 But all that manual labour has taken it's toll.  Look at her.  She's hideous. 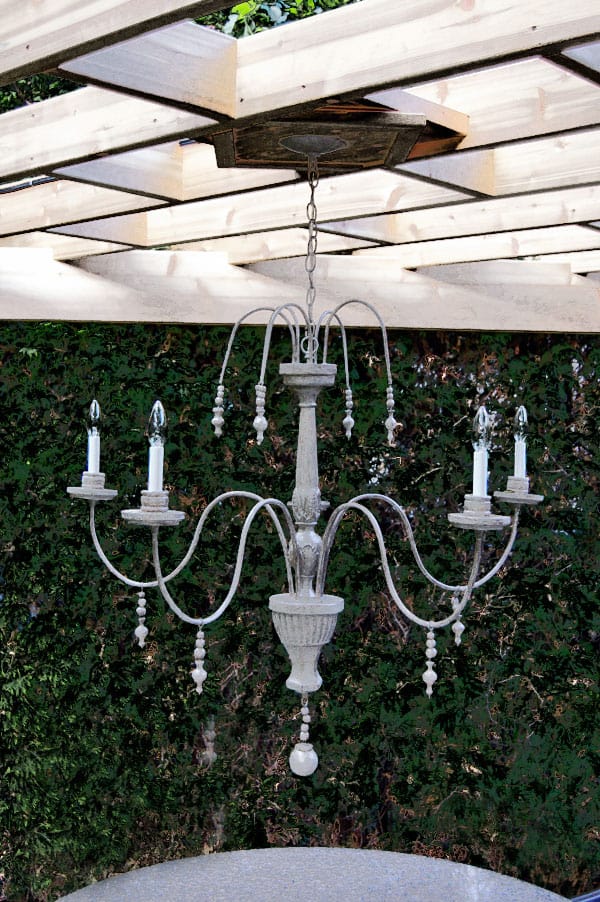 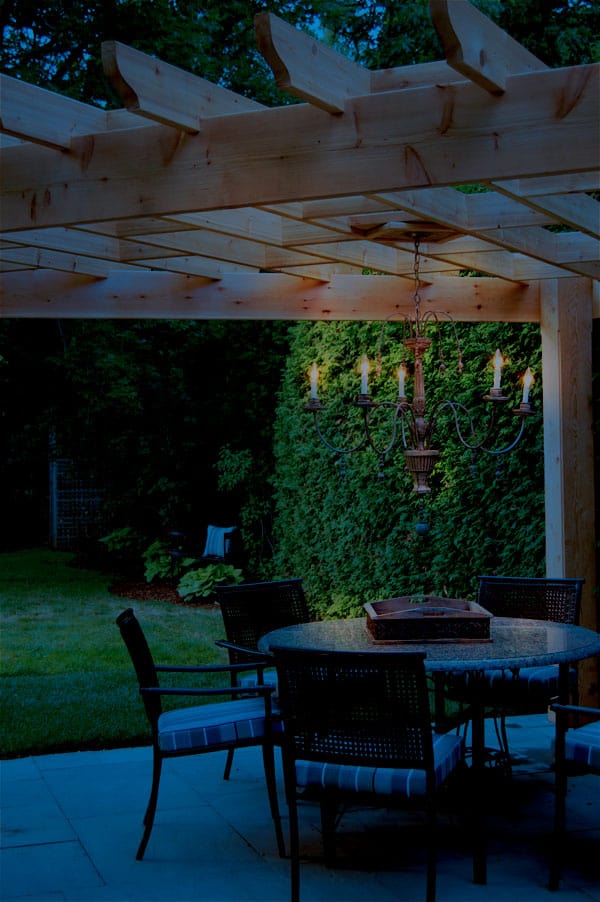 Now if you'll excuse me I have a dirty potato bin to grab a potato out of and a bed to make.  And  just to clarify for Pink Tool Belt in case she's reading this, by "make" I mean pull the sheets and duvet up.  No need to come over and help me with that.