As promised, this month is going to be devoted to some of the things you can quickly do to spruce up your house. The little things you never take the time to do.

Like sweep out the trundle cage in the basement. I never seem to get around to doing that.

Today we’re gonna go back to the kitchen to focus on that.

While I was painting my kitchen counter grout last week, I came to the realization that no matter how clean the grout ended up looking, the rim around my sink was still going to look gross.  You fancy folks with undermount sinks don’t have this problem.  My sink is not an undermount sink, since it was installed approximately the same time water was invented. So my sink and the area where my backsplash meets the counter around my sink is gross. Mildewy and dirty and gucky.

Let’s talk caulk. When you’re sealing in your kitchen or bathroom you want to use silicone sealant. NOT paint and trim caulking. Both are applied with a caulking gun, but caulking is for filling holes and cracks in walls and baseboards and such. Silicone sealant is for sealing up areas that get wet, like around your tub or sink.

Silicone sealants tend to stink. Deal with it. Using the wrong product will end in misery. Gooey, misery.

So load your gun … 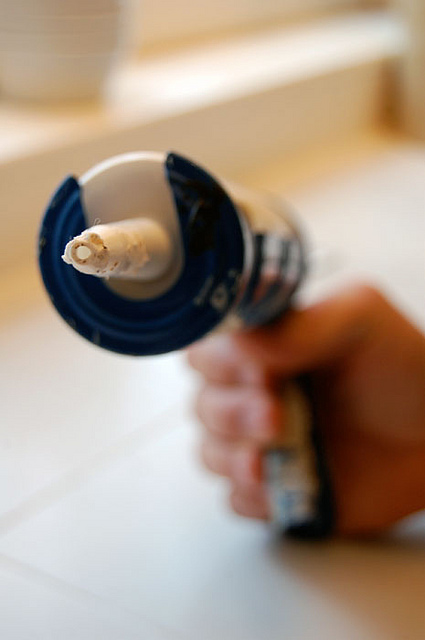 Find the area in need of help … 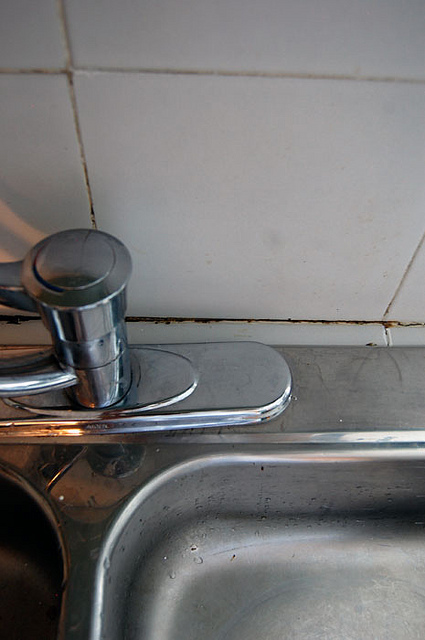 Fill with a thin bead of sealant. And admire. 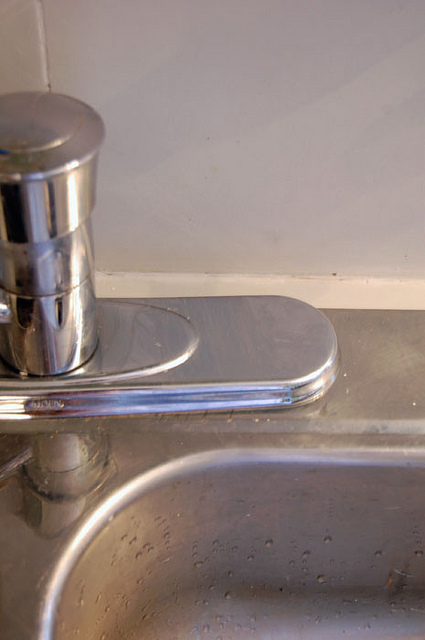 As you can see I also painted the grout on my backsplash using that grout pen I talked about last week. The whole project of painting the grount and resealing around the backsplash and sink took about an hour.

It’s not exactly a kitchen renovation, but it didn’t take 3 months and $40,000 either. And it has almost the exact same effect.  Sort of.  If you squint. From Africa.

So for now, that’ll have to tide me over. It’s one of those things you do and think, WOW. I had no idea how awful that was until I fixed it.   Like when you get a new pair of glasses, put them on and think Holy Crap!  I had no idea I couldn’t see before.  Look at all those trees.  And the monsters in them!  Those trees are covered in monsters!  Huh.  Pretty.

Not as pretty as a kitchen renovation but still, pretty.

** There’s no such thing as a trundle cage by the way. No such thing at all. And you definitely wouldn’t use it for holding fop-fops.