My heart sank as soon as I opened up the coop doors to let everyone out for the morning.  Every morning the routine is the same and this morning was no different.  Wake up, pad downstairs, throw my particularly ugly Crocs on ... and let the chickens out for the day.

The chickens wake up about 2 hours before I do so by the time I get downstairs they're all waiting by the door anxious to get their jam packed day of scratching, pooping and lounging underway.  Chickens: the men of the animal world.

So when there were only 3 chickens instead of 4 at the door this particular morning I knew something bad was waiting for me.  If it had been Cheez Whiz, Mabel or Josephine that was missing I wouldn't have thought a thing about it.  I'd know they were just in the nesting box laying an egg. But the missing chicken was Cuddles.  Cuddles doesn't lay anymore, giving up on that after her near death experience last summer.  She now spends her time like most retirees do.  Snacking and napping. And playing golf.

I let the other chickens outside, then took a peek inside the roost where the chickens sleep.  Cuddles was still up on her roost with her head down looking sad.  But she jumped down when she saw me and slowly made her way outside.

Because it seems like she has issues with laying internally she gets icky feeling the odd time, but once she passes a hunk of solidified egg yolk, she's back to normal.  It usually takes a half a day to a day and I figured that's what the problem was.  So I went about my day checking on her the odd time.  She was not active, just sitting all day in one spot looking very lethargic.

You have to keep in mind that chickens can go from sick to dead in 24 hours so if one isn't feeling well you really have to pay attention.  By 3 in the afternoon or so I noticed she was standing up and picking at her bum.  Which is good, because if a chicken can be bothered to groom themselves then they aren't in that bad of shape.  A chicken about to die doesn't dust bathe or groom, they just sit and wait to die.

When I went over to take a closer look at her, happy she was standing, I was in no way prepared for what I was about to see.

As it turns out Cuddles didn't have what I thought. She wasn't sick from laying internally.  She had Flystrike. What that means is when I picked Cuddles up to give her the once over I was in for the kind of shock normally reserved for page 284 of any Stephen King novel. 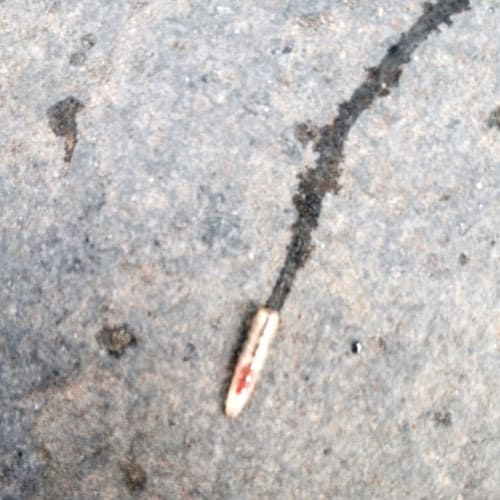 Coming out of Cuddles' vent were hundreds of worms. Only they weren't worms.  They were maggots.  And her entire back end was COVERED in them.   I was holding a chicken that had a mass of pulsating, writhing maggots.

Seriously.  Who the F*CK decided keeping chickens was a good idea?  WHOOOOO???  Ack.  Me.  It was me.  (Sorry about the disguised swear word there Betty, but I dare you to say anything different with an ass full of maggots inches from your face)

Luckily it was a really hot day so I could run the hose all over Cuddles at full blast to get rid of the maggots.  I also had to don a pair of surgical gloves to hand pick them out.  Getting rid of the maggots took over half an hour because they'd crawl INTO her to escape the water.

Finally they were all gone and I could get a good look at her.  The maggots had eaten a hole in Cuddles, just below her vent where they were literally eating her from the inside out.  Not dead tissue.  LIVE tissue.  Flystrike normally hits sheep but can also attack chickens.  Obviously.  I dried her off, wrapped her in a towel and applied WonderDust wound powder to keep it dry and unattractive to more flies.

Flystrike is deadly for a few reasons.  The maggots will literally eat the guts out of the chicken AND the maggots  have a toxin on them that poisons the chicken basically.  There's also the risk of infection etcetera, etcetera.  I kept my eye on Cuddles for the next few days and she was fine.

You see these maggots have several stages of pupation and before I knew it, she was being eaten by maggots again.  Lesson to you ... if you have a chicken that gets Flystrike, check them several times a day for at least a week to make sure they aren't infested again.

The second time I realized she had Flystrike was around 5 days after the initial attack.  I had to go through everything again, removing the maggots and washing her completely.  This time it wasn't warm out though so I had to keep her inside the house to make sure she stayed warm.  The maggots gave her a fever probably from infection so she needed to be extra warm.  I don't know when the last time you blow dried a chicken but I can tell you it takes about the same amount of time it takes to find a bathing suit that looks good on you after the age of 17.  Hours.  HOURS. 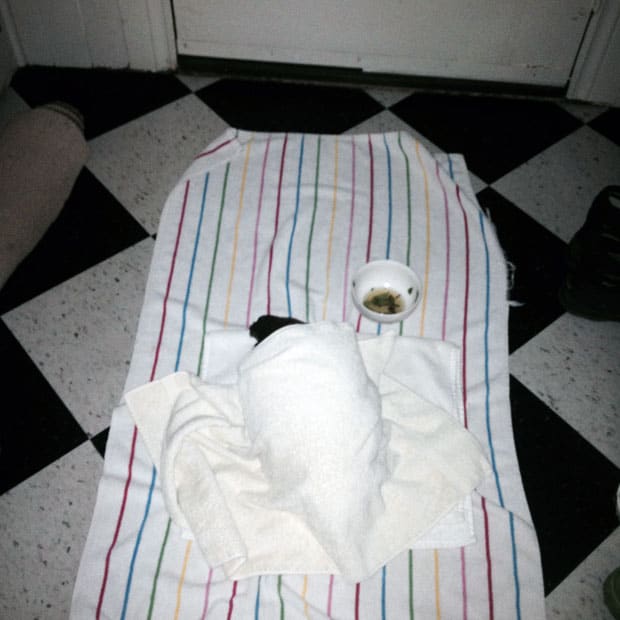 The next morning I went to see a local vet that advises me the odd time something goes wrong with my chickens. He told me to keep her inside for a few days so I could keep a close eye on her, so she wouldn't be picked on by the other chickens and so she'd be away from alllll flies (more on my hatred of them later).

I also decided to give her antibiotics.  I had some left over from her episode last year, plus got a new prescription from my vet.

By the next morning she was a bit better but still obviously sick.

By that night she was feeling well enough to know that laying on the floor wasn't fun and hopped up into my pantry when it came time to roost. 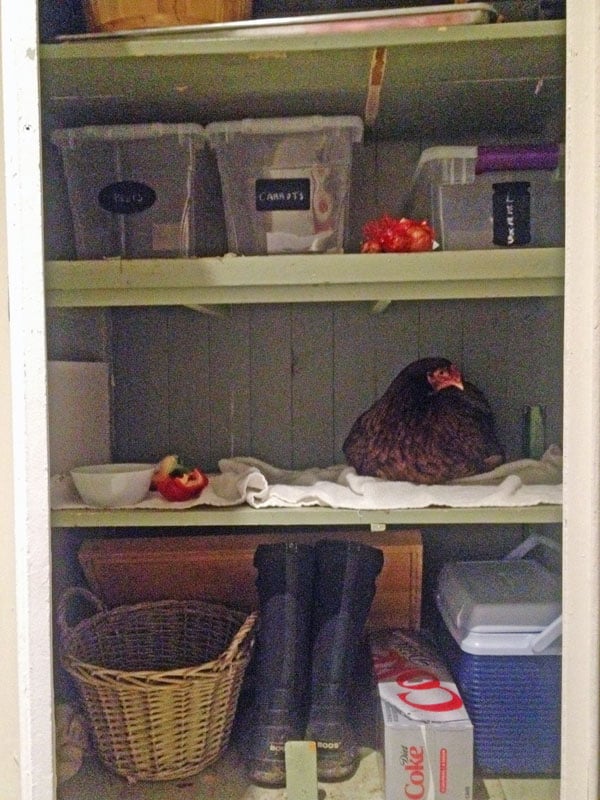 By the third night she was feeling perfect, had a great appetite and the only trace that maggots had been around was the plum sized scab under her vent where the maggots had attacked her.  I knew when she jumped up on my shoe cabinet to roost for the night she would be O.K. to put outside the next night. 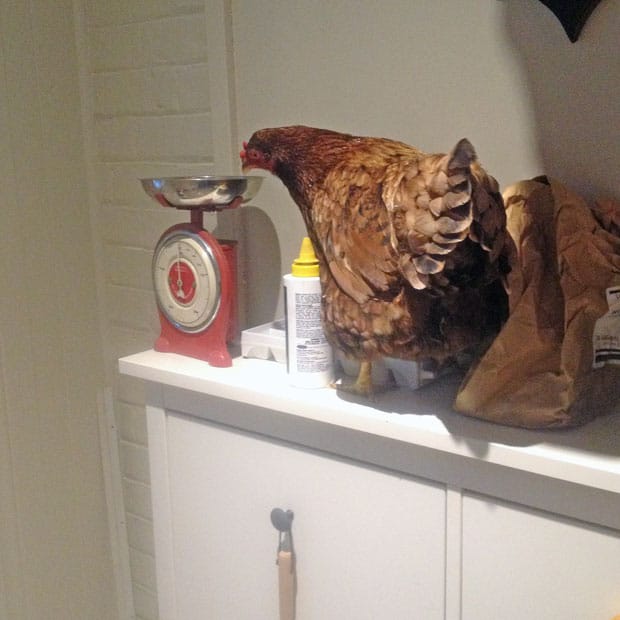 This all happened a few weeks ago.  I don't have any pictures of the maggots because my concern was fixing Cuddles, not taking photos.  Also, I was 90% sure this was going to kill her and didn't really want to document her death walk if I didn't have to.

Which brings us to this question.

HOW DOES A CHICKEN GET FLYSTRIKE?

Flies are attracted to crap.  Chicken coops/runs are filled with crap no matter how often you clean the run.  Certain chickens have a tendency to have poopy bums.  Cheez Whiz and Cuddles are two such chickens. 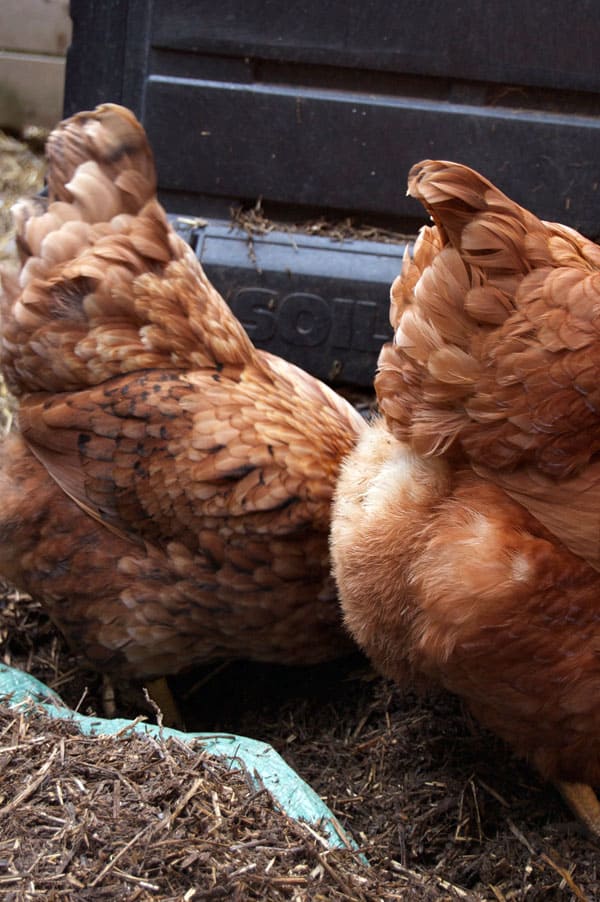 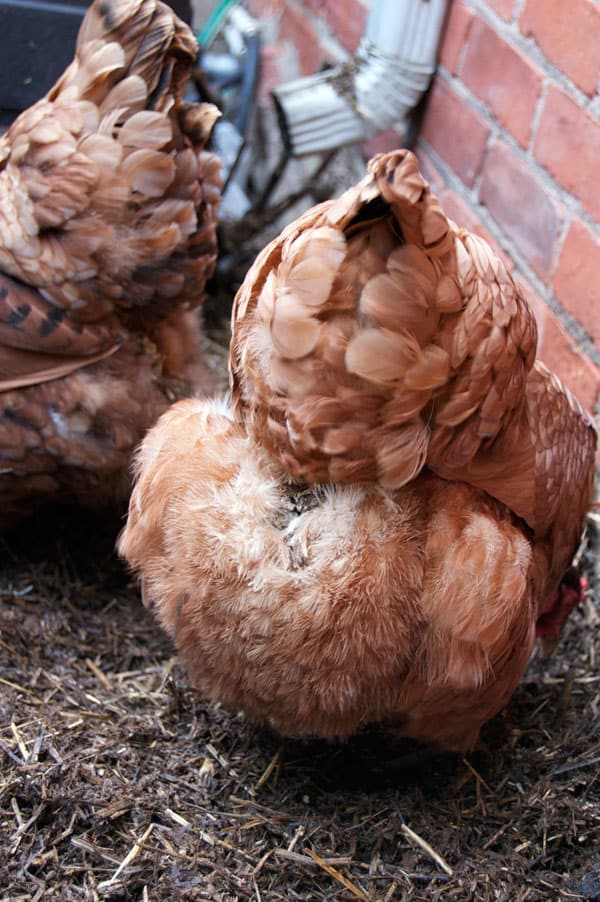 My two copper Marans on the other hand have never once had poop on their bums. 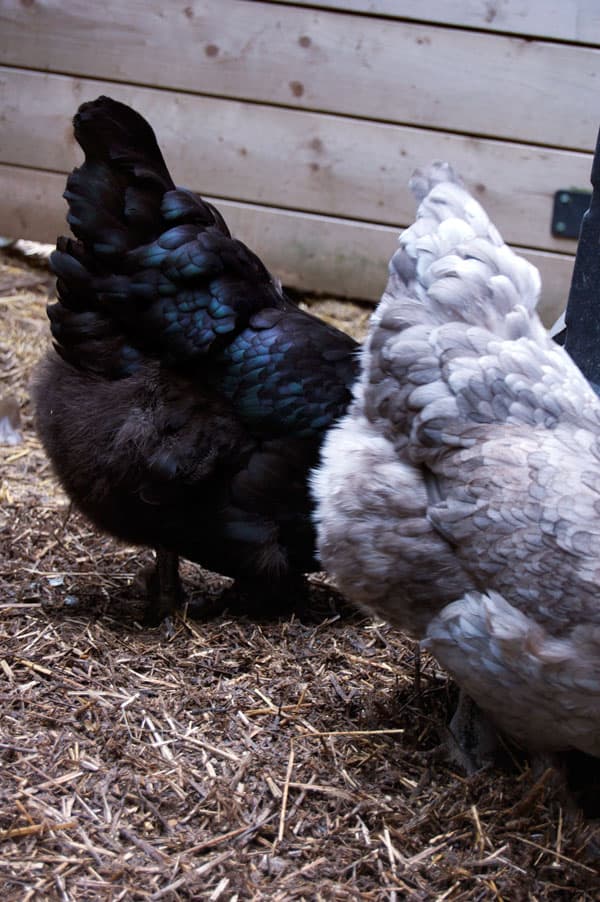 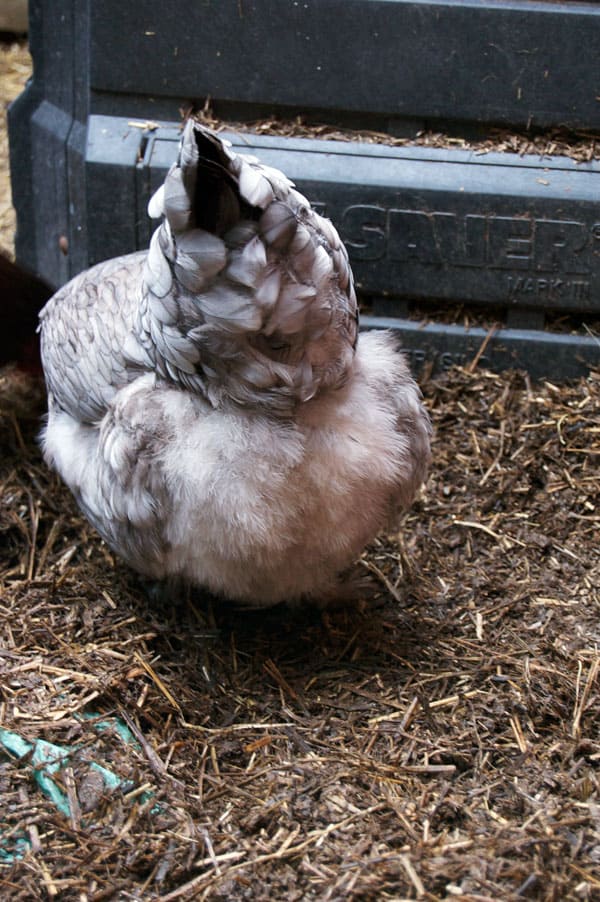 You could literally smash your face into their puffy bums with no fear of feces. 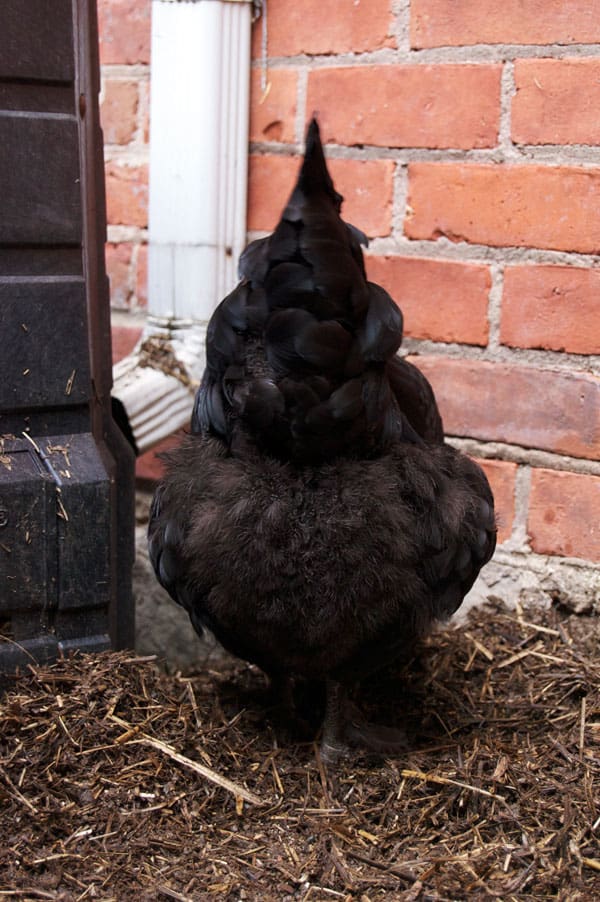 Flies are attracted to the poop on chickens bums and if given a chance will lay their eggs right there.  The eggs then hatch into the world's most hospitable maggot condo:  the chicken anus.

Once they're there, they aren't leaving until they've eaten a big hole in your chicken, made you a gagging twitching pile of goo and generally turned your life into a horror movie of a maggoty mess.

In fact the only thing more revolting than the maggoty mess is the homemade fly trap that I made to combat the fly problem.  More on that and the other 2 fly traps I tested in the next post.

The moral of this story?  There are very few situations a little cuddle and the word f*ck can't fix. And of course in certain situations a round of antibiotics can't hurt either.

Update: Since this post, little Cuddles has died, but it wasn't from Flystrike.  She had a long term bout with egg yolk peritonitis. The last day of her life had the potential to be one of the worst days of both our lives, but the world's kindest vet came to the rescue.