Here's the thing about growing a vegetable garden.  It's fun.

But it'll also turn you into a completely different version of yourself.  A person you maybe don't even recognize or didn't even know existed.  For instance.  Behold my cabbage. 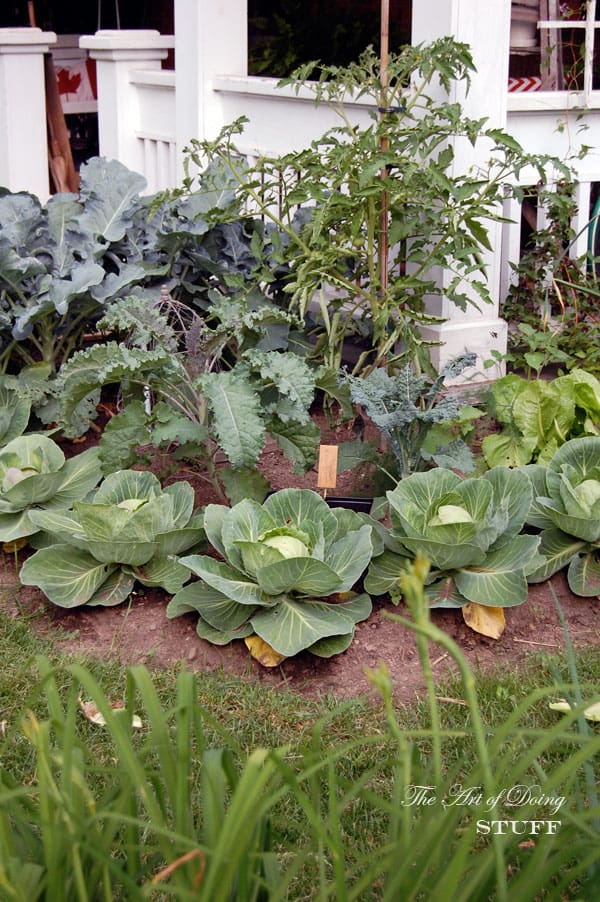 It's a thing of beauty isn't it?  Just days away from being lovingly harvested and turned into something disgusting.  You see, I hate cabbage.  Karen, the vegetable eater doesn't like cabbage.  Karen the garden grower loves it.  It looks good, is easy to harvest and any leaves that pests get at can just be pulled off with about a billion perfect, unnibbled leaves underneath.

But I don't like cabbage.  It's farty and gross.

So why grow it?  I don't know.  That's what's so weird about it.  When you have a vegetable garden you'll grow just about anything because that's what we front yard farmers do.

I will use the cabbage to make cabbage rolls (which I do like) and coleslaw. So to say I hate cabbage is probably a bit of an exaggeration but I'd never just cut, steam and eat a cabbage. Ever.  Or I might.

I find I can easily trick myself.  Like a kid.  I'm so excited about growing the cabbage that I might just cut it up, steam it and eat it.  Along the same lines, you can also get me to finish my dinner by saying things like "YOU CAN'T FINISH THAT!  You'll NEVER be able to finish that dinner! Don't you finish all that dinner!"  I'm also a sucker for "What happened to that bite?  I think I saw a mouse!  A mouse must have eaten that broccoli. Did you see a mouse?"

My friend Anj was over a few weeks ago and she commented on the amount of flowers in the garden and there are, so  thought I should point out that part of my vegetable garden.  I does have things like these cascading perennial sweet peas in it as well.  These aren't edible peas, just ornamental ... although a group of roving 5 year olds have been known to eat the pods that look like peas. It could be some sort of gang initiation.  I'm not sure. 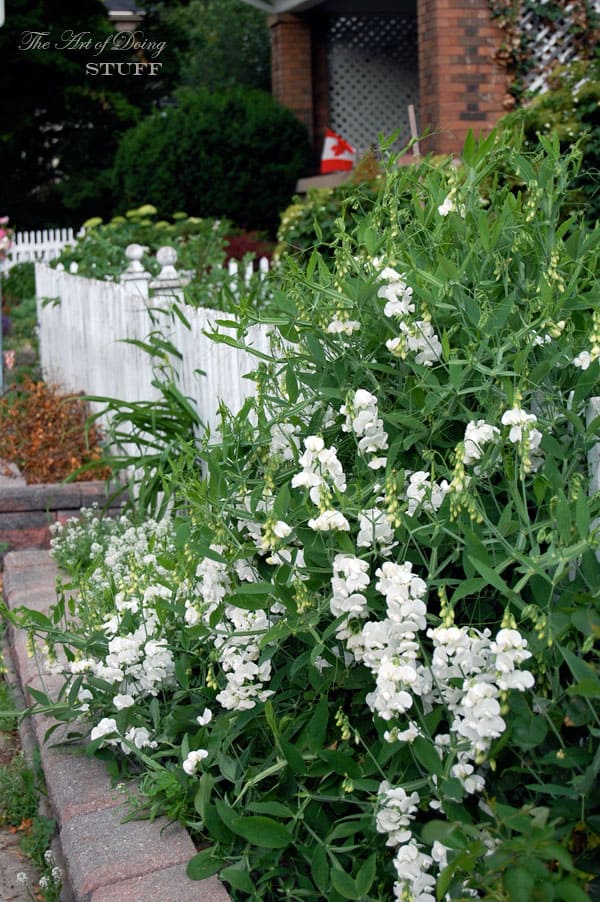 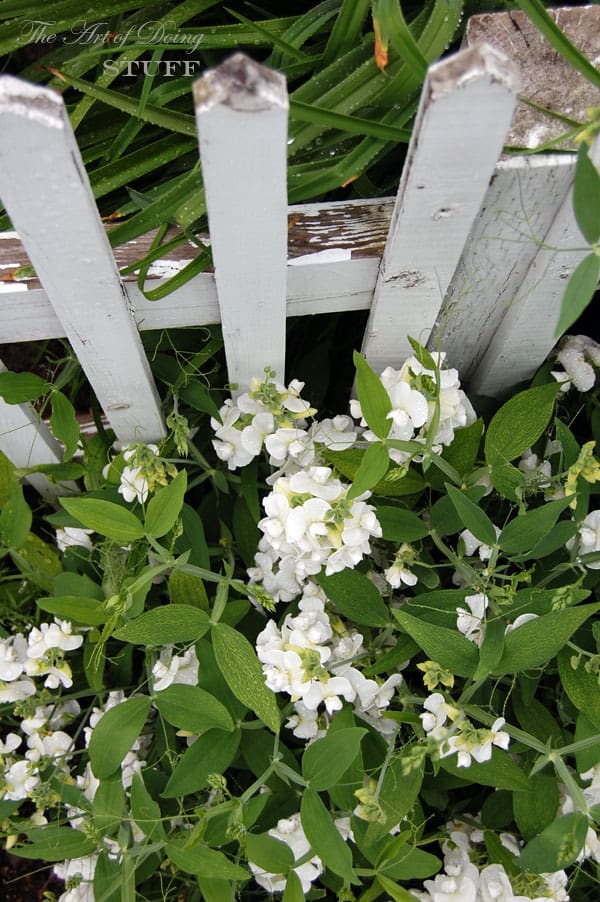 The front porch has pots of red geraniums. 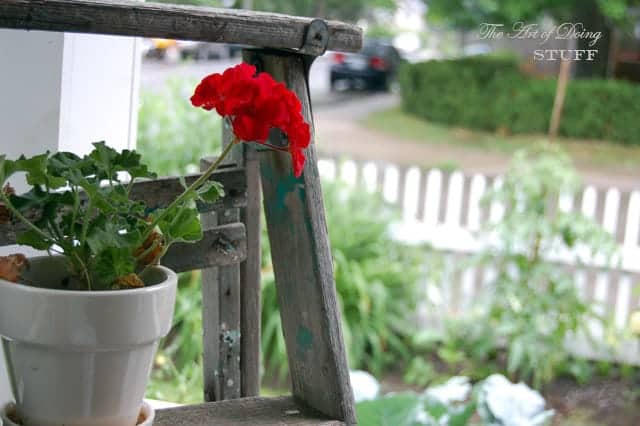 And in between a lot of the vegetables are flowering bushes and plants like Rose of Sharon, Day Lilies, and hydrangea. 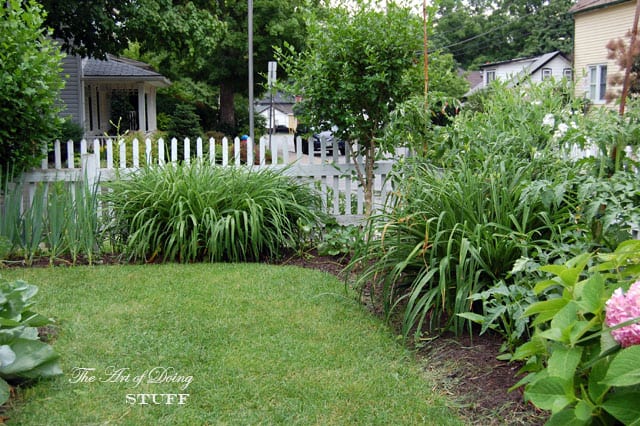 Then of course there are the vegetables that put out an impressive amount of flowers on their own, like lettuce and onions  that have gone to seed because summer decided to come all at once in about a 2 weeks stretch of 100 degree days.  It's cold again by the way.  Summer was two weeks long in Southern Ontario this year.  It's now time to replenish the wood pile and sit in front of the television waiting for the premiere of Gold Rush Alaska.

And then there's the potato.  It's a nice looking plant that puts out different coloured flowers depending on the variety of potato.  The Kennebec potatoes put out white flowers, and the Russian Blue potatoes have purple/blue flowers.

I've decided to hill entirely with straw this year to see how that goes.  I've grown potatoes entirely in straw before, but I found a lot of rot happened. I think this was because I compacted the straw too much and it didn't stand a chance of drying out.  This time I just piled it loosely around the potato plants.

I'll know how it turned out around September 1st.  Who am I kidding?  I'll be digging, peaking and checking way before then.

Unlike cabbage, I LOVE anything potato related.  Except famine. 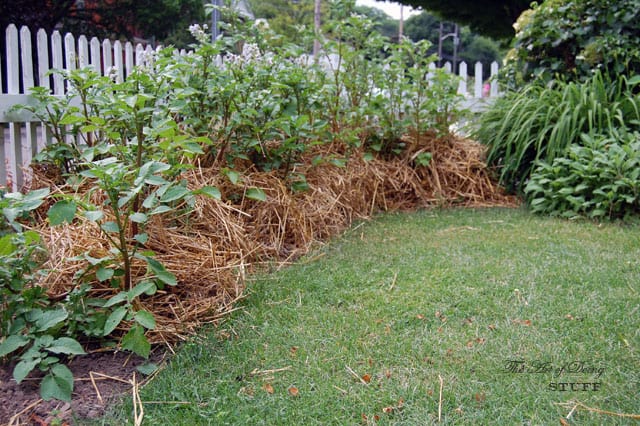 I'm growing my regular favourite, Dinosaur (lacinato) Kale, but I'm also growing a different variety of it this year.  Rainbow Lacinato Kale is a cross between regular Lacinato kale and a curly, red leafed kale.  It produces kale with the long leaves of a lacinato kale, not quite as dimpled, with red veining. 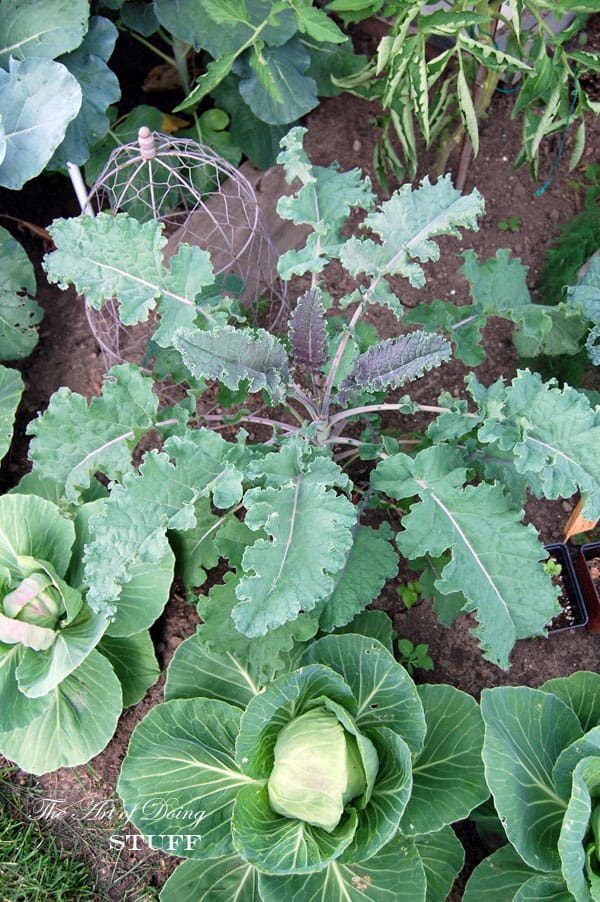 Here's my patch of broccoli.

Which as you may remember I said I'd never, ever grow. 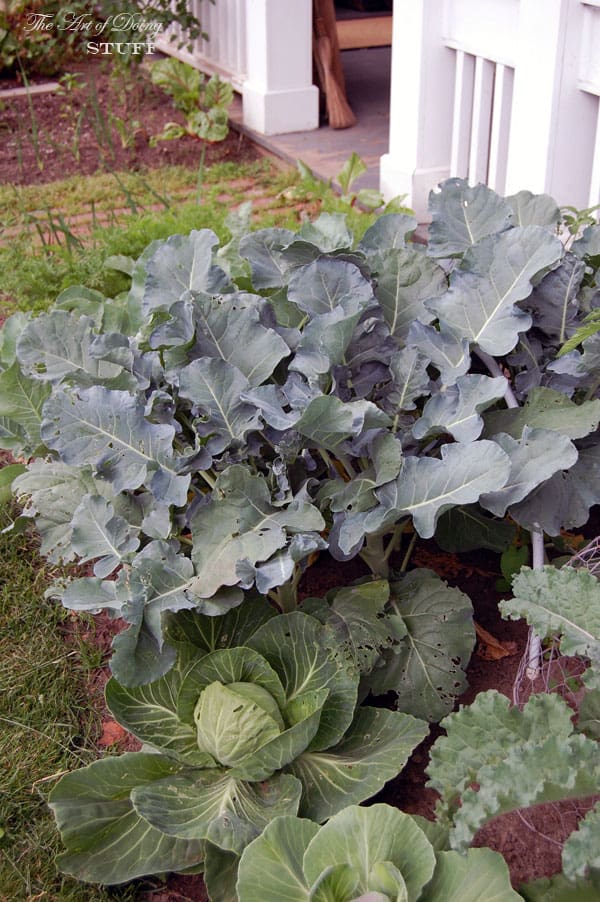 And I wasn't going to grow it (because of the wormy pests) but then I did.  Because gardener Karen can't be reasoned with.  Gardener Karen is unreasonable and quite frankly a little bit of a conundrum. 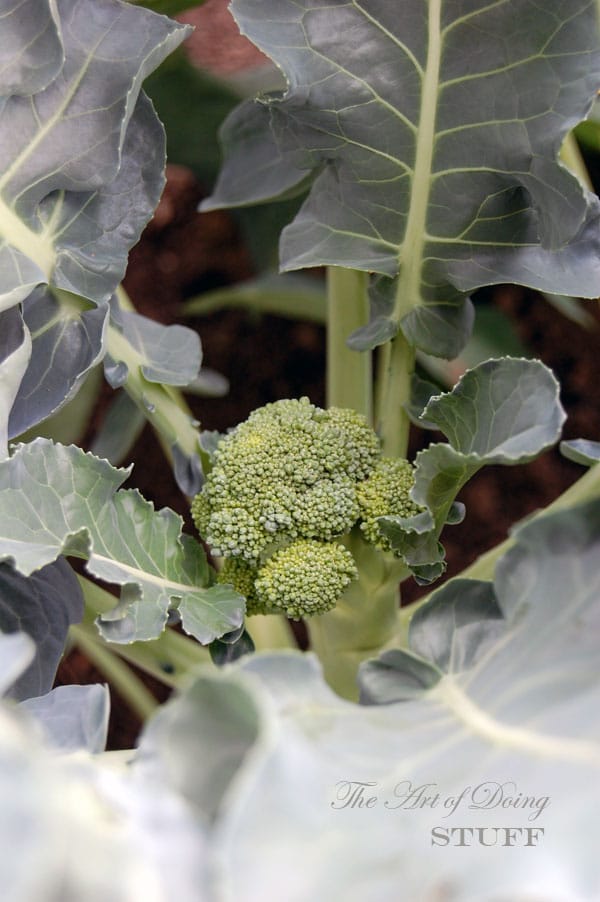 Tried carrots again this year.  I went with the over seeding method (just dump all the seeds you can find/buy/steal and hope for the best) and it worked well.

Beets are ready to be picked and pickled. 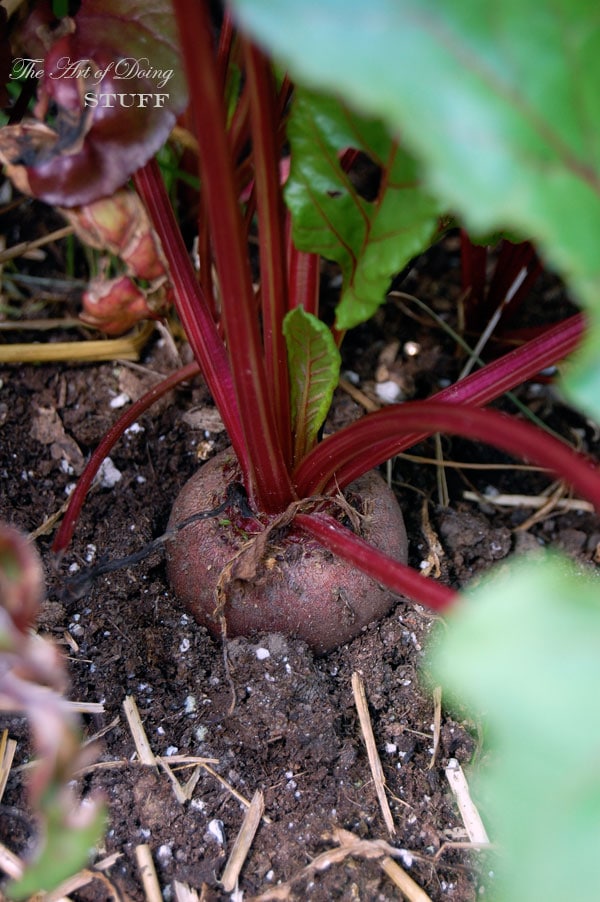 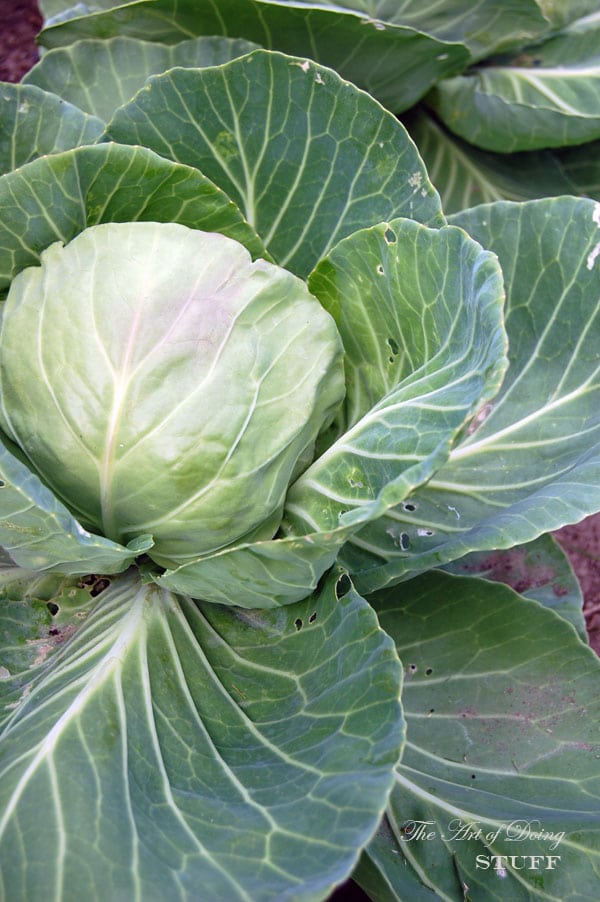 And its friend ... cabbage. 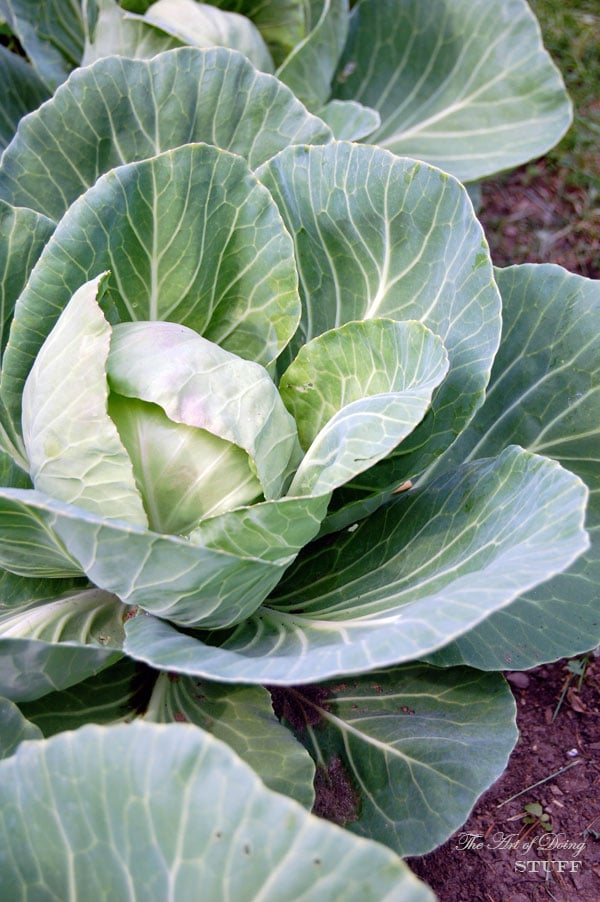 Just after I took the pictures of this lettuce I picked it all before it bolted.  All the other lettuces had bolted so I knew it was just a matter of time. And heat. 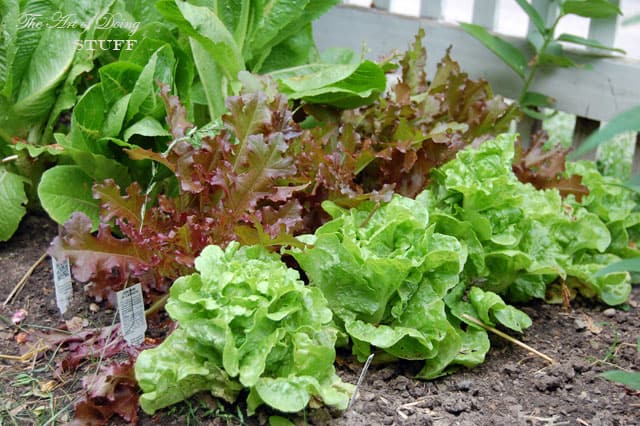 Black Beauty Zucchini.  Should be ready to pick in a day or two. Normally  you'd be able to pick it sooner, but it doesn't get 8 hours of sun in this spot. 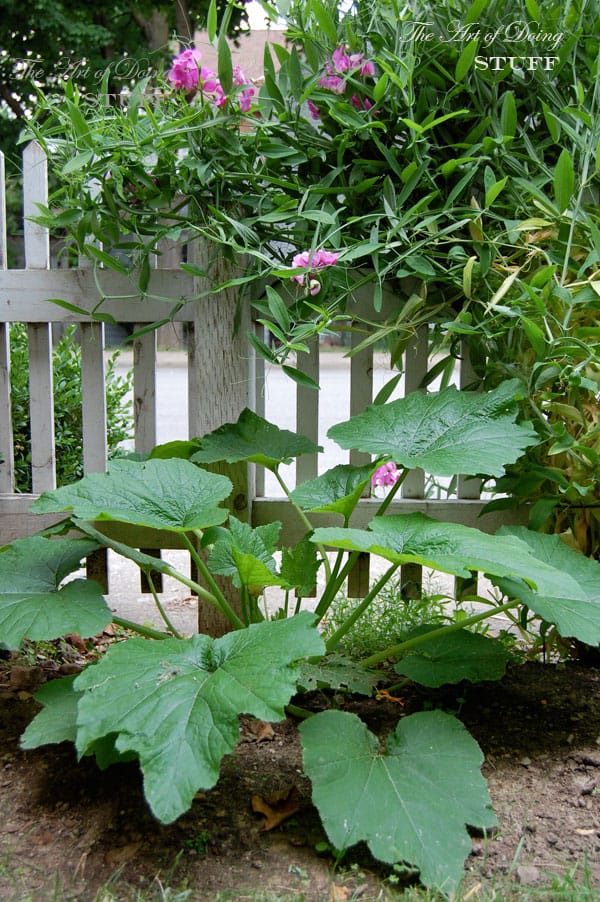 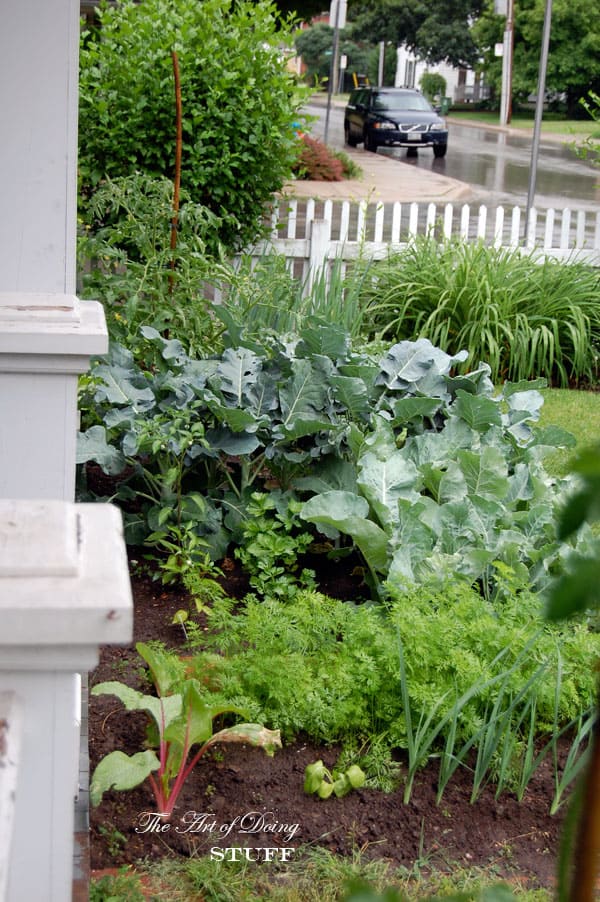 In order of appearance from left to right: leeks, carrots, cauliflower, broccoli, cabbage.  In behind there's a few kales and a tomato. 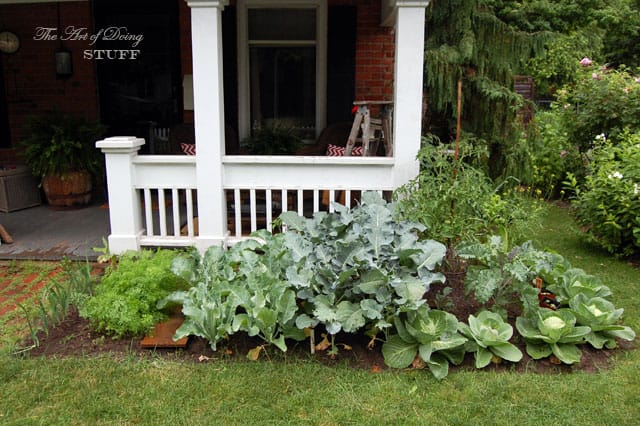 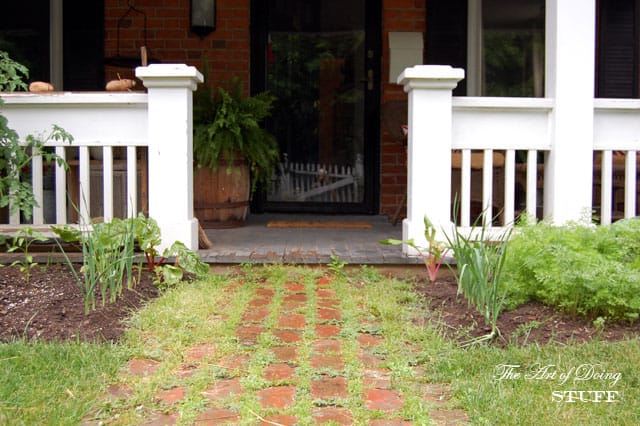 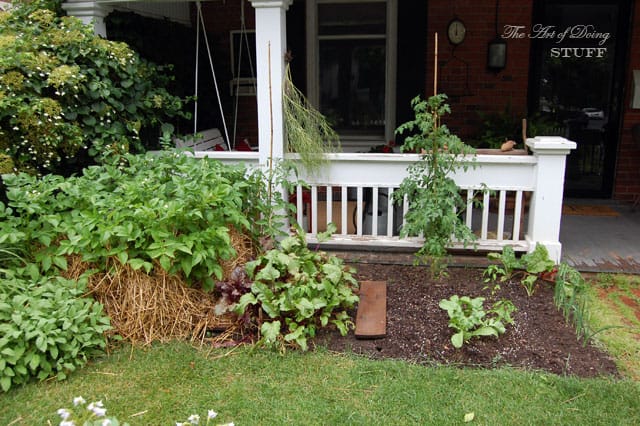 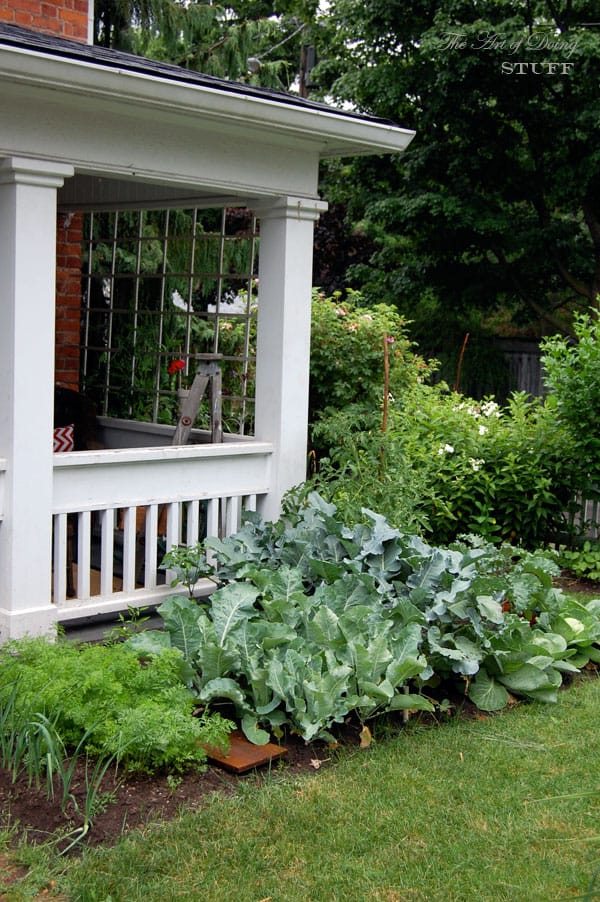 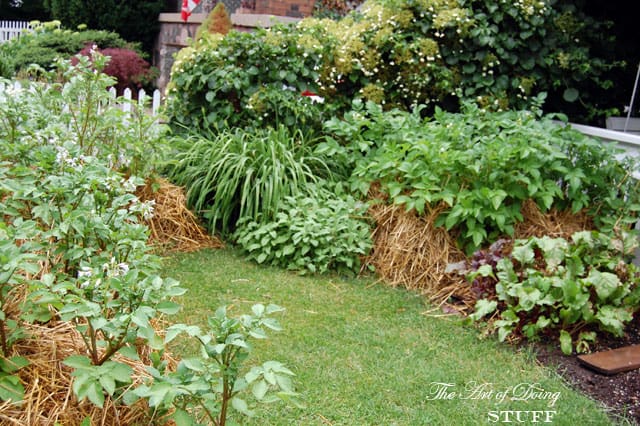 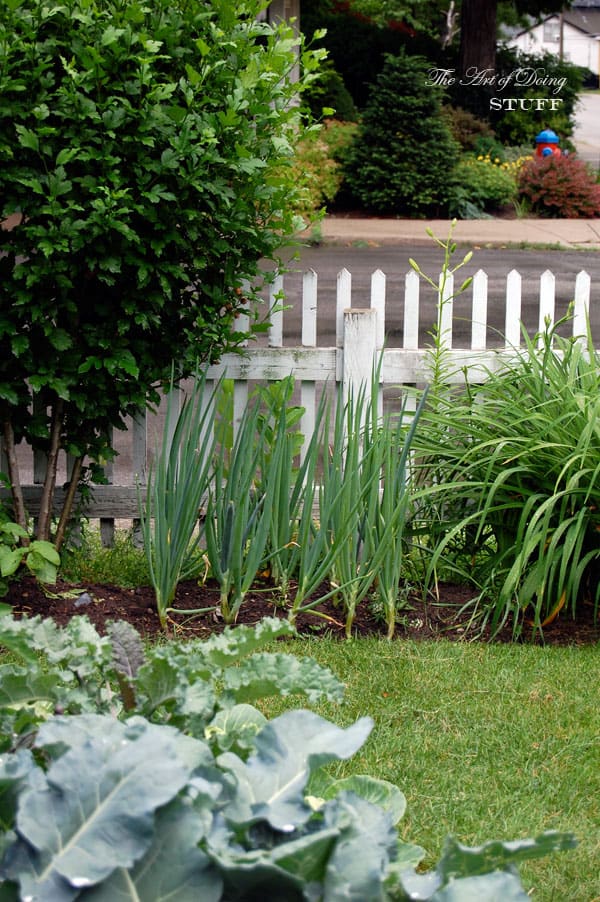 Sweet potato slips that didn't seem to want to grow.  The day after I took this picture, I took these slips to my community garden allotment and planted them.  I have no hope that they'll grow into anything, but it doesn't matter because ... 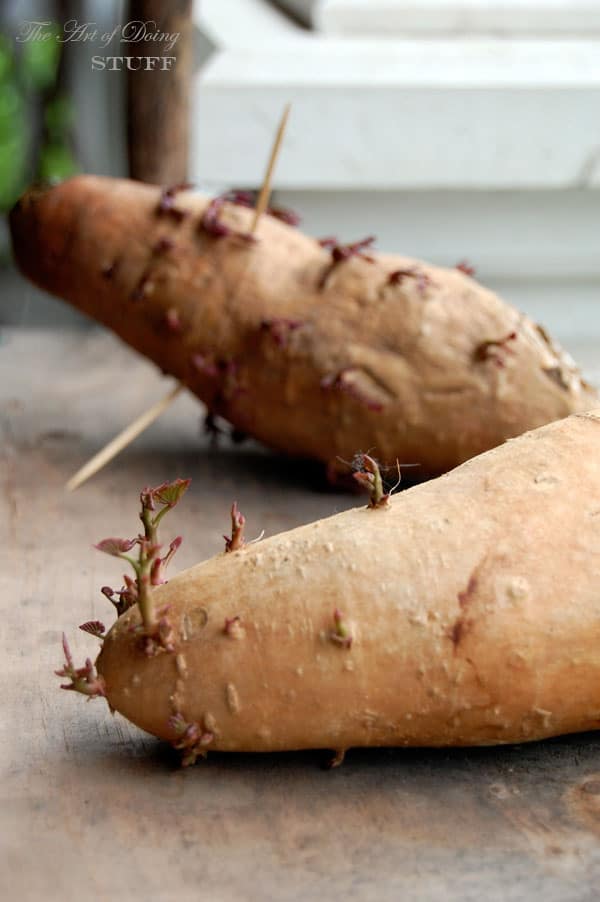