Home » Tips » Cooking » How to Slice a Cucumber the Fun Way!

How to Slice a Cucumber the Fun Way!

It’s cucumber season!  I know you know how to cut a cucumber – if you can read a blog you for sure can cut a cucumber – but here’s a fun way to spiral cut it to make your salad, cucumber and life a little more interesting. 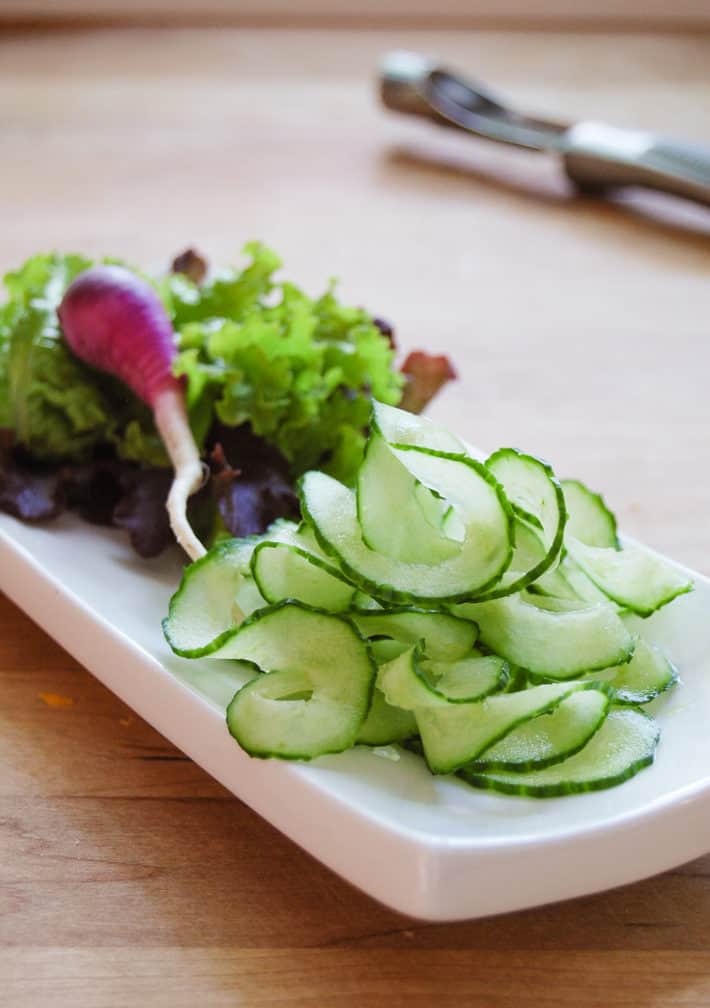 So far from the garden I’ve been picking zucchini, broccoli, lettuces and a few beans. Tomatoes will be ready any second now and I harvested garlic last week.

But when the cucumbers get to be picking size they’re all going to come in at once and I won’t know what to do with all of them.  One girl only has so many uses for a cucumber.

You can pickle them, slice them, dice them and add them to a salad. But it gets boring. Which means one of two things. You can start whomping strangers waiting at the bus stop over the head with them, which would be loads of fun, or … you can grab a potato peeler and have fun with them that way.

Come summertime even one cucumber plant produces enough to feed an entire neighbourhood. So … there’s always the threat of getting sick of cucumbers. Try this little trick to put the fun back in cucumbers.

As they say, you eat with your eyes first so if all you’re doing is slapping together some lettuce, radishes and cucumbers you may as well fool everyone into thinking it’s more than what it actually is. Even if it’s just for yourself. 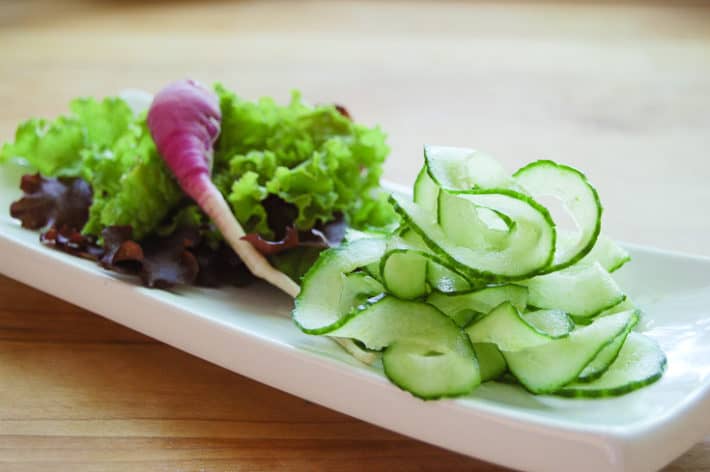 I don’t do this all the time for just myself but most of the time I do. I serve and prepare my food all pretty-like. Why wouldn’t you do this for yourself?

Just because one is living alone doesn’t mean one has to slop their food onto a plate like they’re living in an 18th century jailhouse. Unless you’re having a theme night.

This is an issue I have. Most dipping vegetables come with a built in handle don’t they? Cauliflower, broccoli, carrots and celery all have built in handles. They have stems or they’re stiff enough to have a good enough grip that they won’t slide out of your fingers while performing the very important SINGLE dip.

When in company, you know you cannot double dip. Even if you want to. So that first dip had better be epic. It has to provide you with enough dip to satisfy the entire hunk of vegetable you’re dipping.

That’s hard to do with a flimsy slice or stick of cucumber. So here is my advice for slicing cucumbers for dipping.

The same way I show you here. With a vegetable peeler. But if that isn’t giving you the desired effect put the peeler away and move over to the knife drawer.

Again, leave the cucumber skin on if you want thin slices but you aren’t completely confident in your knife skills. Keeping the skin on prevents the knife from slipping and makes the cucumber less mushy when slicing.

But the BEST way to thinly slice a cucumber (or anything) is to use a mandolin. This is the one I have and I don’t like it.  It was supposed to be the absolute greatest mandolin in the world! The best! The very best! It’s kind of awful.

The blades are so thin they’re flexible so if you put any extra pressure on it you end up with thicker slices than you want. The blades are embedded into plastic that isn’t level with the steel blade so the cuts aren’t smooth and the thing is huge. So don’t buy this mandolin. It’s almost $100 and just doesn’t work well.

This is the best reviewed mandolin on Amazon, so if you’re looking for one it’s probably a good choice and half the price of the one I bought. 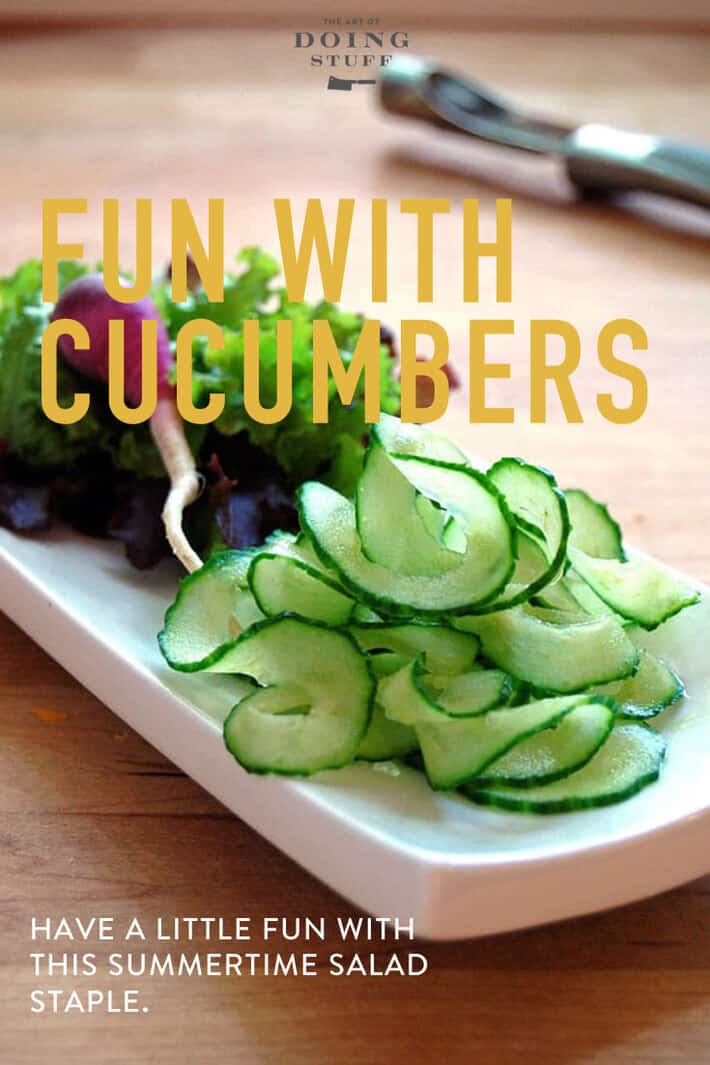