Recap. 2 months ago I got some fertilized eggs and put them under my chicken Josephine because Josephine wanted to be a mother more than anything.  How did I know this?  She told me so and also she started knitting baby blankets.

2 or 3 weeks after the chicks were born the normally ornery Cheez Whiz, decided those chicks should be hers.  I don't know how long she had been planning her chicknapping but it all went down late one night when they were all going to bed.  And yes.  It was a chicknapping, not a kidnapping.  Kidnapping is what happens when someone steals a baby goat.

Once chicks get to a certain age their mother will teach them how to roost.  Roosting is when the chicken jumps up on a stick, branch or piece of wood to go to sleep.  They do it because their natural instinct is to get up into a tree away from night predators like fox and weasels. Well, Josephine tried to teach these chicks to roost a little earlier than Cheez Whiz thought she should have.  Cheez Whiz didn't think the chicks were ready to roost yet.

And one by one the little chicks all abandoned their mother who was calling them from high up on the scary roost, and went to Cheez Whiz. 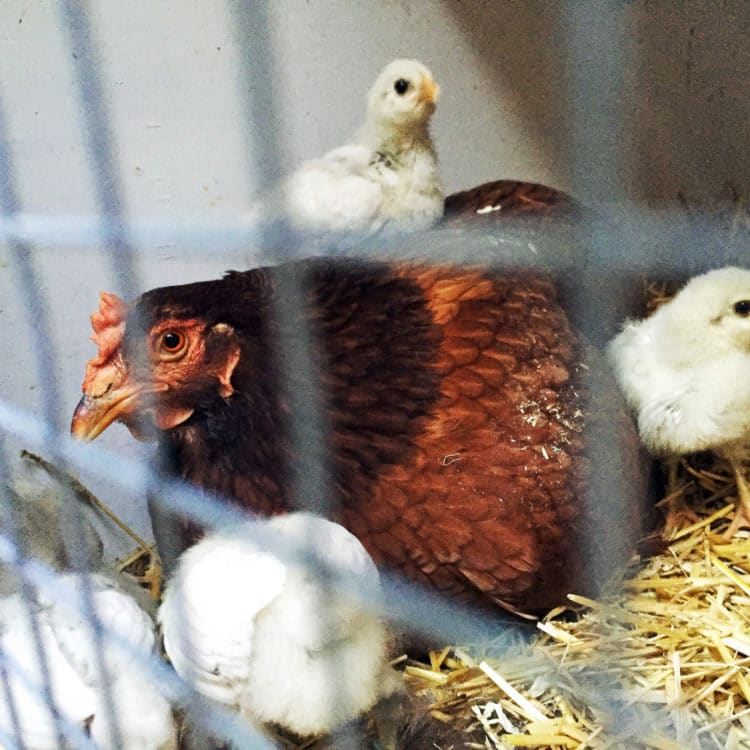 I tried placing the chicks on the roost with their mother, but they just jumped back down and scrambled on top of Cheez Whiz.  Her back seemed to be about as high as any of them cared to venture.

And that was it. The transition had begun.  The chicks now had two mothers; Cheez Whiz and Josephine. The lesbihens.

In the weeks that followed one of them proved they were born to be a mother.