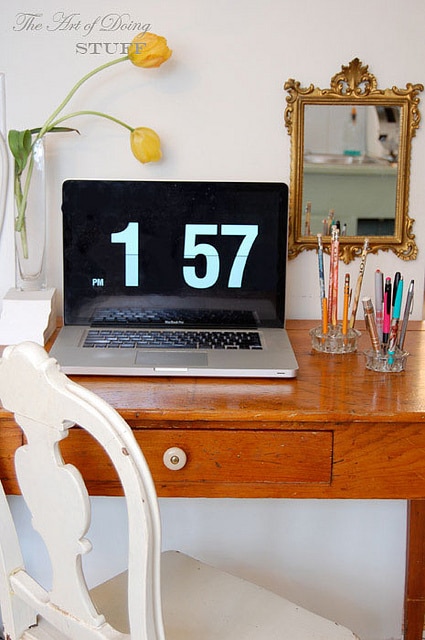 I need to warn you all of 2 things. One … this is going to be a short post. Two … I didn’t invent this idea, I saw it on the show “House”. Also there’s going to be the opportunity to see a dink at the end of this post. So I guess technically, that might be 3 things to warn you about, depending on how feel about seeing dinks. GET BACK HERE!!! Do not scroll down to the dink until I’m done my post here. I told you it was going to be short, so you can certainly wait a few seconds.

The whole world is screaming REDUCE, REUSE, RECYCLE. Sometimes it’s worth it, sometimes it isn’t and sometimes it just isn’t all that aesthetically pleasing. Case in point … a toilet should not sit on your front lawn with flowers in it. Sometimes it’s O.K. to throw out that plastic Sour Cream container. I know you want to use it for leftovers and mixing paint and a multitude of other things you can do with Sour Cream containers but … you only need so many.

So when I come across a reduce, reuse, recycle idea that’s really good I cling onto it like a burr on a Sheepdog. I don’t know if you have any of these around, or if you even know what they are, but back in the olden days when people weren’t smart enough to just use tape across the top of their vases, glass flower frogs existed.

The glass flower frog was actually invented in the late 1800’s, more than a quarter of a century before Scotch tape. They’re round glass blocks that you stick in a vase or bowl to hold your flowers straight up. I’ve found them to be quite useless in terms of their practical application. The stems are either too big, or too small for the holes and your arrangement looks mostly weird. I’m sure if I tried harder I could make the glass flower frog work, but I have other methods. So I don’t often use my glass flower frogs for flowers.

I do however, use them for pencils and pens. If you don’t happen to have any of these in your cupboard, they go for cheap. The larger one would be about $8 in an antique store and the smaller one around $4.

The following tutorial is kind of involved and detailed so pay close attention. Here we go …

Place pens or pencils or BOTH in frog holes.

And no. This isn’t the dink picture. I have blurred out the wiener in this picture. So’s you’re not offended. 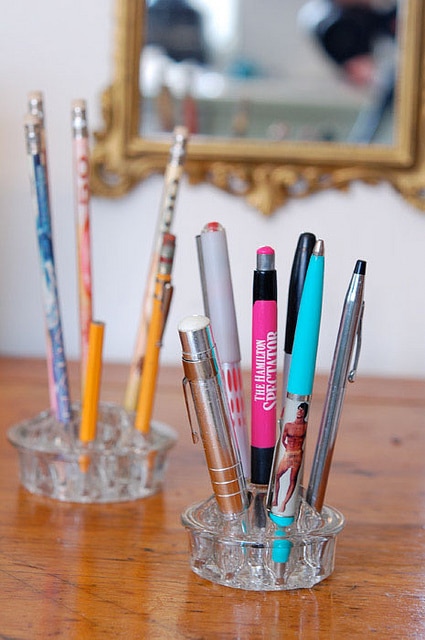 This, on the other hand IS the winky picture. Roll your mouse over the pic. to remove the scissors and reveal the dink. 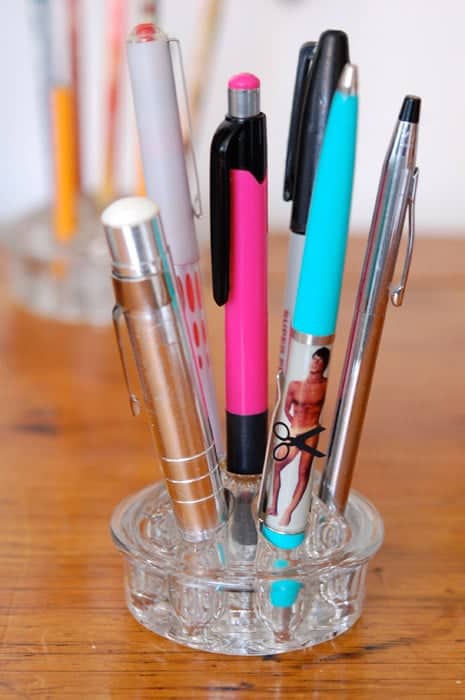 Got that baby in my stocking several years ago. The pen doesn’t work anymore, but throwing it away would be wasteful. So now I use it to stab people.