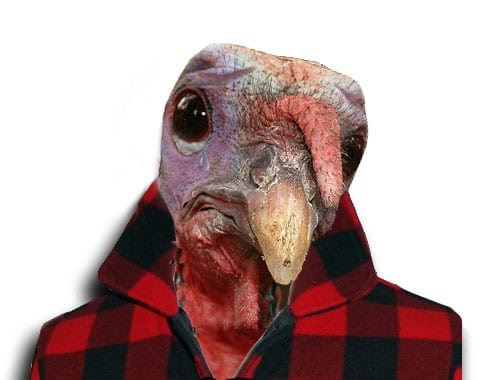 But if you put it all together just right, you get the quintessential Canadian Thanksgiving.  Turkey on the table, people walking up to the door, warm pies in hand, leaves crunching under their feet and dressed in their most comfortable, casual best.  It’s always a bit of a crap shoot as to whether the tears that come rolling down people’s faces will be tears from laughing or tears from fighting but either way, HEY, memories are being made, am I right?

I ATE SO MUCH I BARFED

It was the Thanksgiving of 1992.  At the age of 14 my (now adult) nephew was a typical teenage boy with an enthusiasm for food normally reserved for man-eating river fish.  With everyone basking in the glow of the golden turkey and trading their cracker prizes, no one noticed as he ate and ate and ate.  Nobody paid any attention as he started to wiggle in his chair, shifting his lesser needed internal organs around to make more room for his stretching stomach.

If any one of us had raised our heads from our reasonably filled plates we would have noticed that he was in the weeds with no intention of getting out.  Turkey, potatoes, cranberry sauce, stuffing, rolls, more turkey, more potatoes, are those green beans … ??  He was on his second plate before most of us had even figured out who we wanted to sit beside.  Then he started perspiring.  A lot.  By plate number 3 he was sweat basting every forkful of food his shaky hand could stab into his mouth.

But he kept eating.  His face now magnified under 14 layers of sweat.

Some time after the *glarfleblob* sound came out of his nose for some reason, he got up from the dinner table, went into the bathroom and barfed.   I presume he also wiped some of the sweat off on my mother’s “good” hand towels, the ones with embroidery on them and something that might be called rick rack, because he came out refreshed.

And got to work on the pie.

He’s now the proud owner of a dinner plate that reads in big bold letters, “I ate so much I barfed”.  A gift from all of us that Christmas.

Ah, memories.  There were also the times my sister lit her gel tip fingernails on fire, my brother-in-law made DIY crackers filled with stuff he found around the house including my sister’s underwear and the year there was a knock down, tear down, end in tears and slamming doors fight over Avon versus Arbonne.

Now I’d like to hear some of your most entertaining Thanksgiving memories.  I know you have it in you.  Like a Thanksgiving dinner just waiting to come out.

Have a good weekend and I’ll see you on Tuesday!  Wish me luck.