"Hey lady, you know you can buy those, right?" Those were the words out of the mouth of the guy who was loading the wood into my trunk at the lumberyard. He asked me what I was doing with the boards and I told him, I was building some windowboxes.

Yes.  Yes, I know you can buy them.  But I wanted to build some that were exactly like the ones I had because they fit my windows perfectly, were deep enough to fit big plants and just had a custom look. They came with the house and have now rotted to the point that they could probably be used as sawdust pillow filling.  So I was going to make some exactly the same.

So, yes, even though I could buy some, I was going to make my window boxes because they're ridiculously easy to make and I wanted them to be exactly like the ones I had before.  Stupid lumberyard kid.  Pfttt.  Youth.

Because I wanted these window boxes to last a bit better than the other ones did, I also bought a set of plastic window boxes that I could fit inside the new wood planters. That way they'd retain water a bit better and the wood boxes wouldn't rot out because there wouldn't be any wet soil against them.  The plastic boxes also make my new endeavour a bit easier.  Growing all the flowers that go into my windowboxes.

Last year one of my sisters went to Butchart Gardens in Victoria. It's one of the most spectacular public gardens in the world.  While she was there she bought me a few packets of seeds, one of which was called the Butchart Gardens Windowbox seeds.  So in April I planted everything that was in the package including Poorman's Orchid, Nasturtium, Marigolds, Lobelia and Alyssum.

Once they were big enough, I transplanted them all into my plastic windowboxes and put them under lights in my basement.

Need photos?   No problem. I've got you covered. 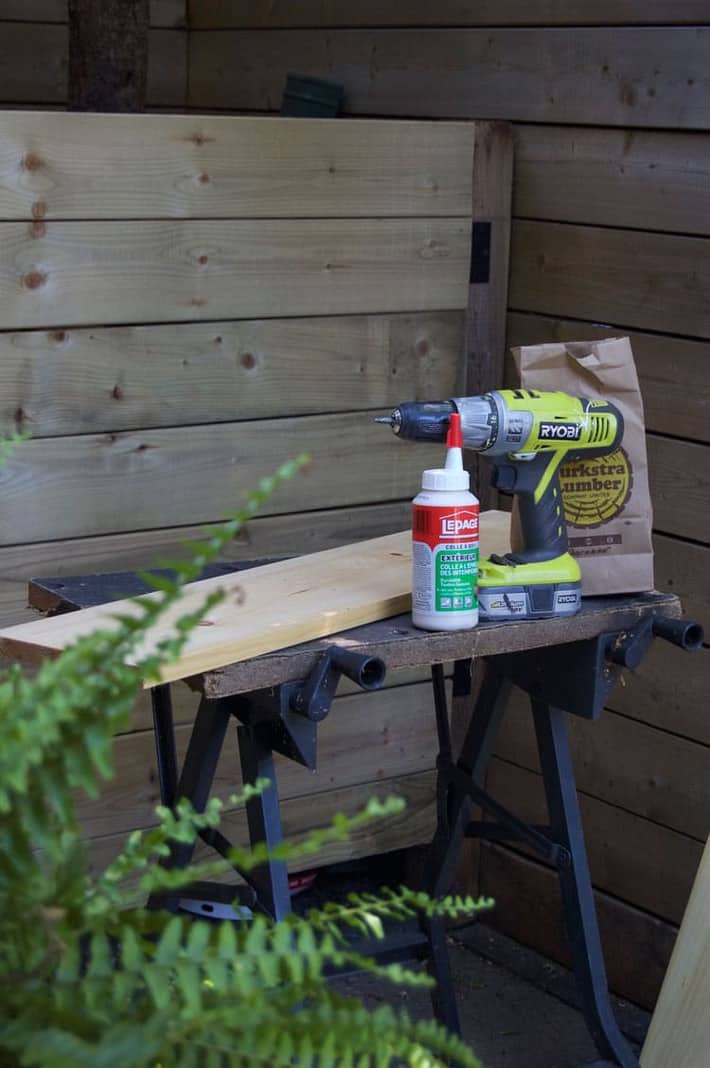 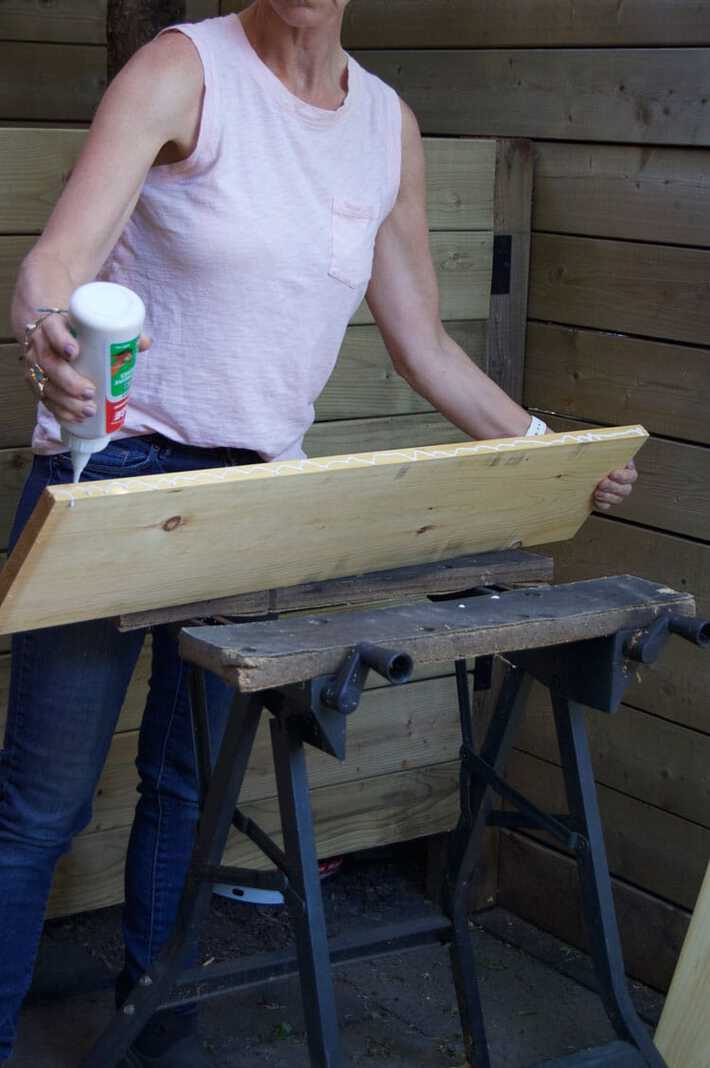 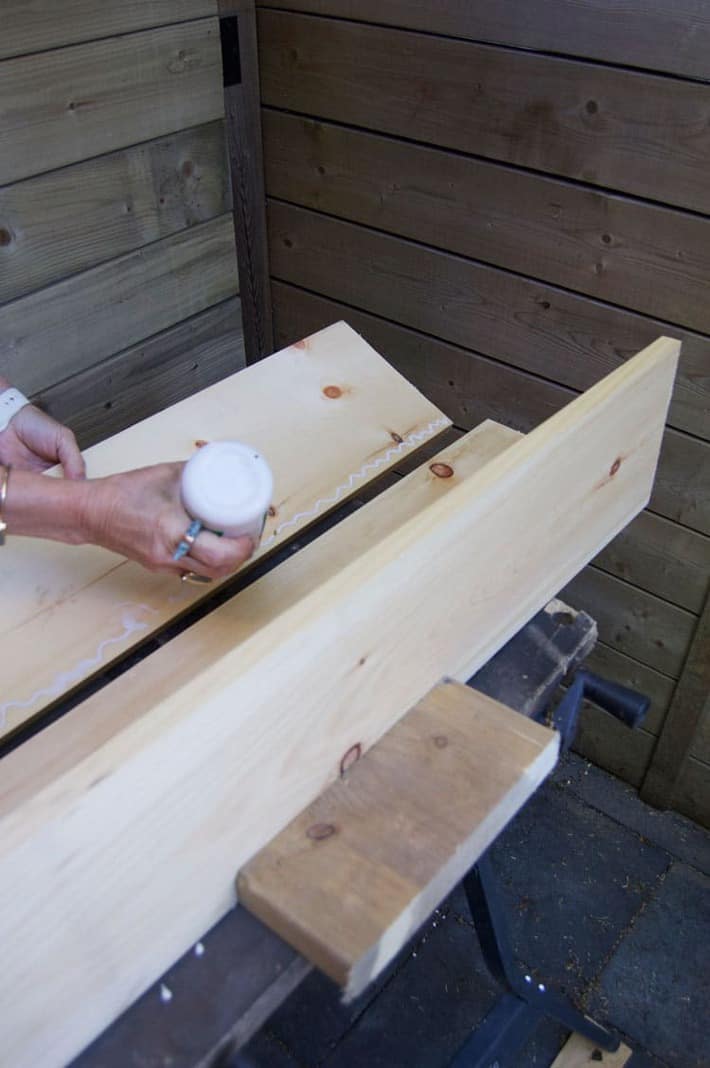 3.  Press 2 glued boards (which will be the front and back of the planter) up to edge of 3rd board (which is the base).  You are forming the box now. 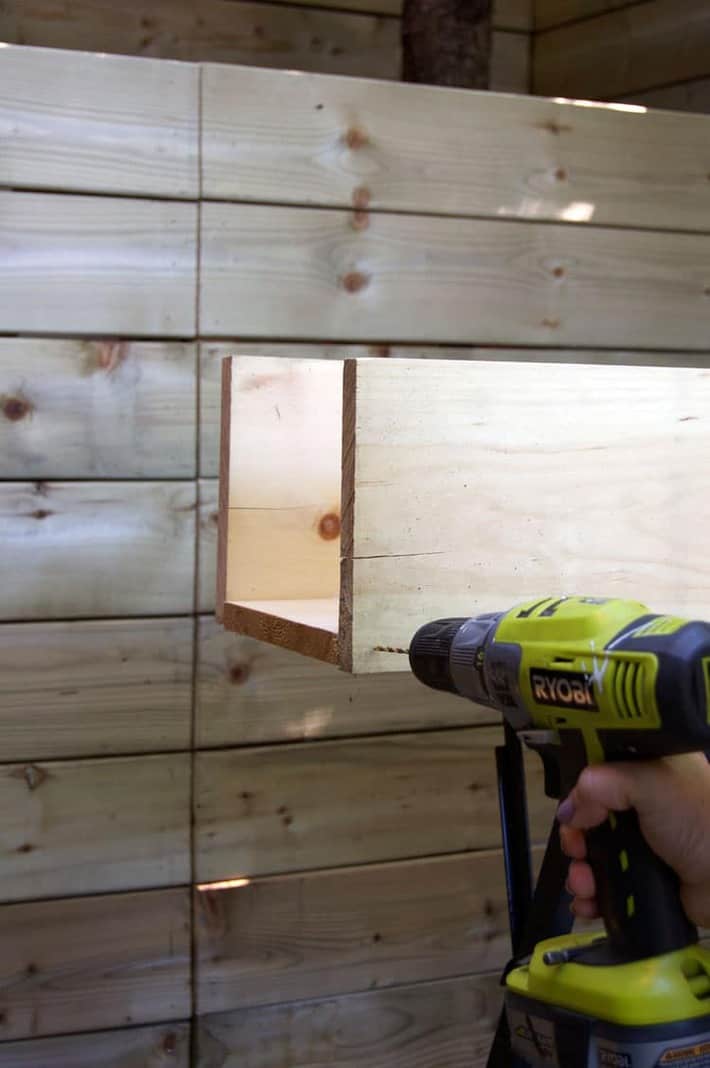 4.  Drill holes around box edges for screws. (you do this so the wood doesn't split when you screw it) 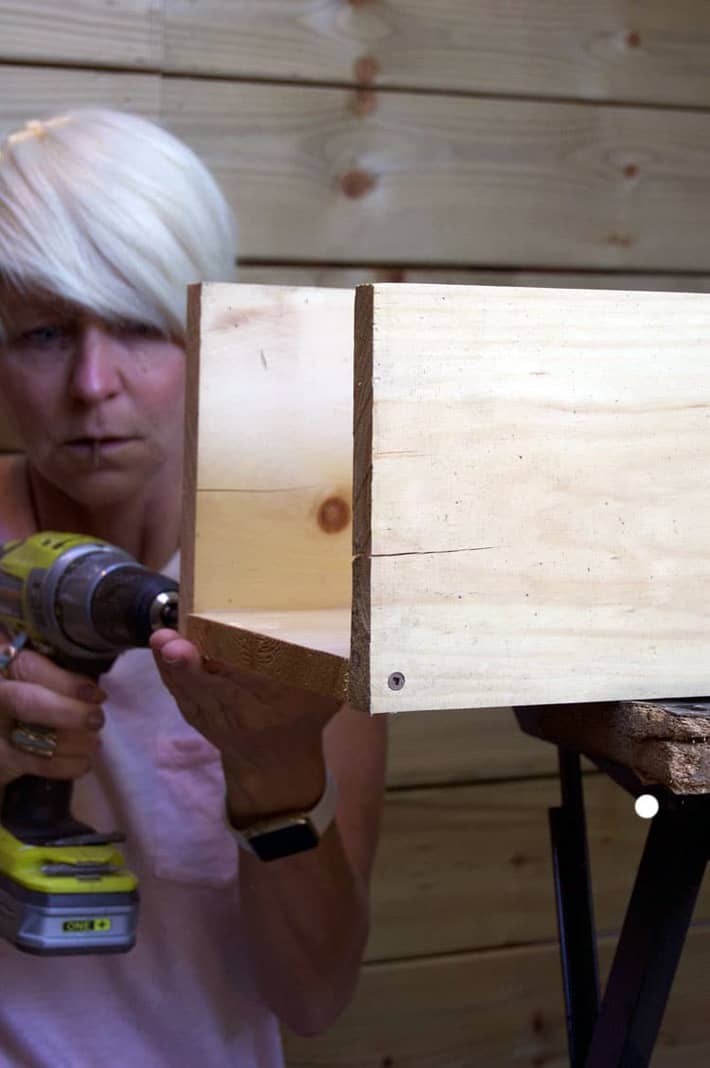 5. Insert your screws into pre-drilled holes. 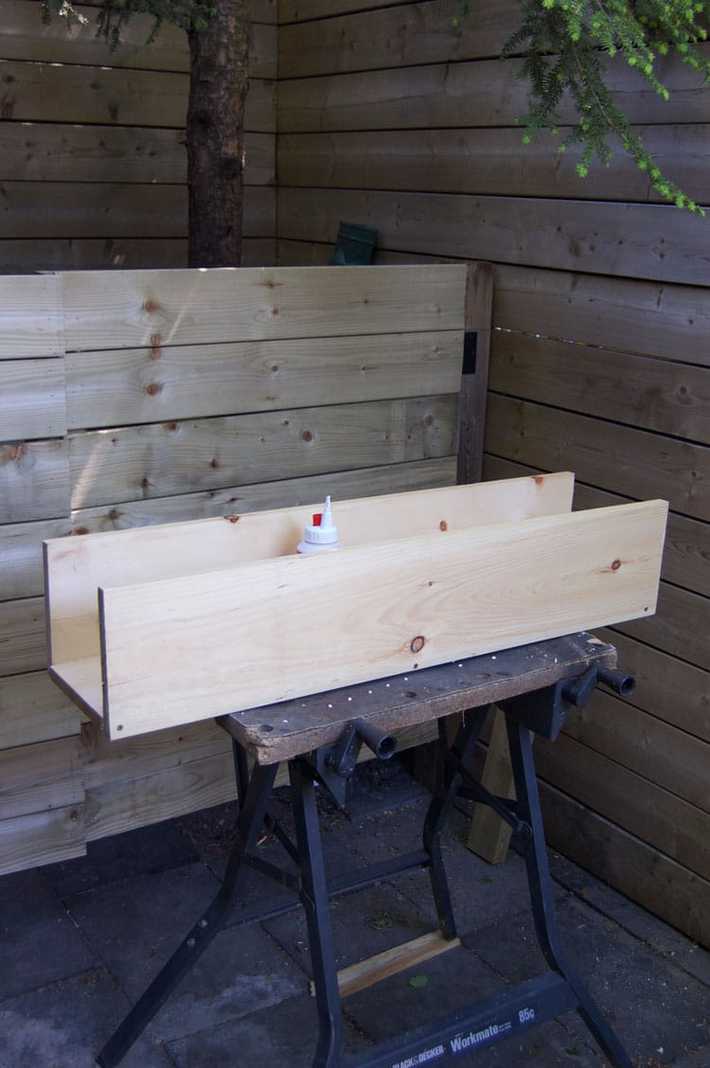 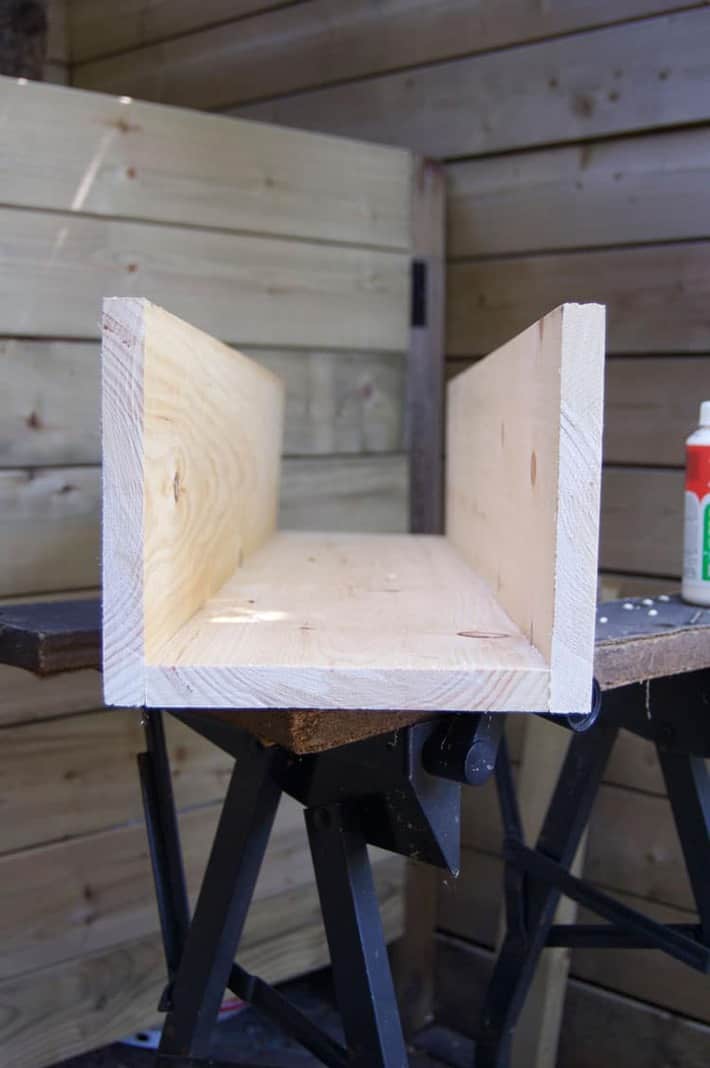 You can see how the ends butt together in the above photo.  Yeah, that one. The one right up there. 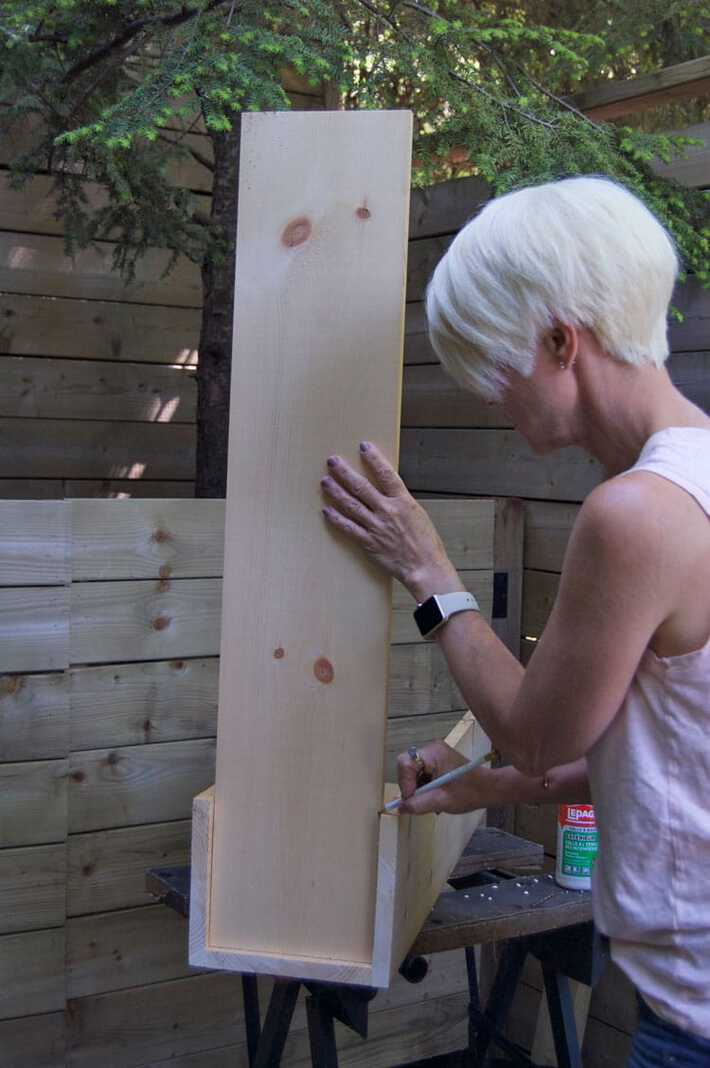 7.  Because of the way you've built the box the width will be the the exact width of a board.  Take one of your 3' cut boards and mark the top of your box.  This is the cutline for your 2 sides.  Cut board at line.  You need one for each end, so do this twice. 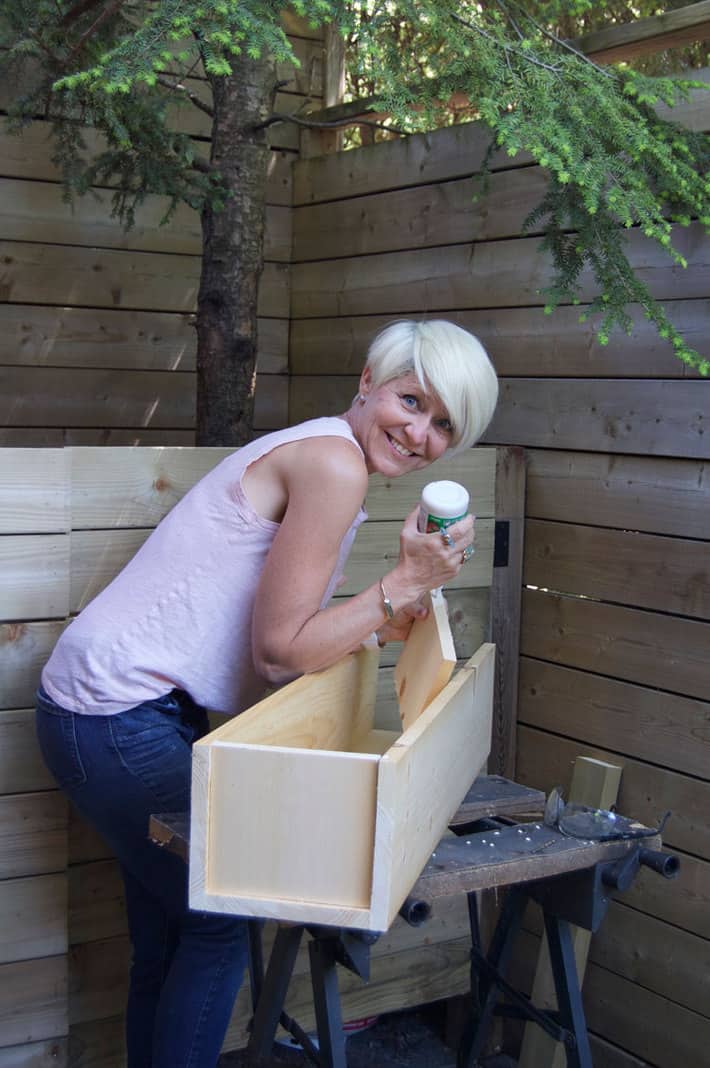 8. Add glue to the sides and bottom of your small side boards.  Then stick them in.  And smile like a maniac because you've almost built a window box.  Once glue is partially set, pre-drill and screw the sides in place like you did earlier. 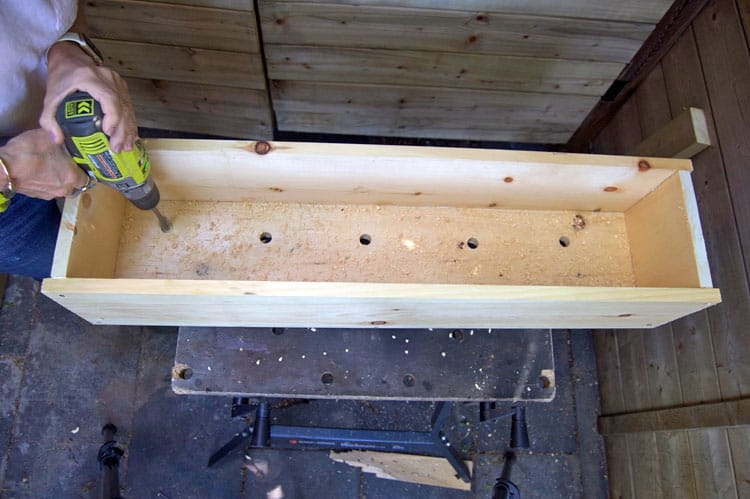 9. Drill drainage holes into the bottom.  I used a ¾ inch spade bit.

You're done.  For real.  You can either leave the natural if you'd like them to rot away to nothing in a couple of years or you can paint, stain or finish them however else you'd like. 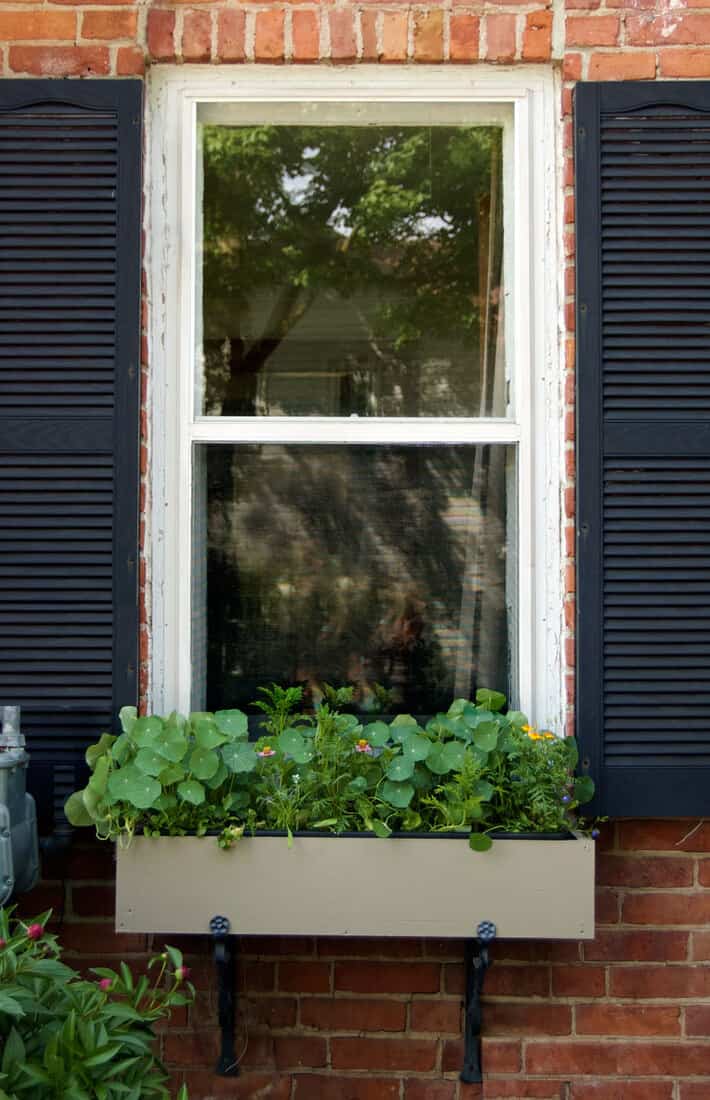 You can shape your window boxes, perfectly rectangular like I did, or you can bring the shorter, side pieces in quite a l bit to create a recess making your window box slightly more elegant. 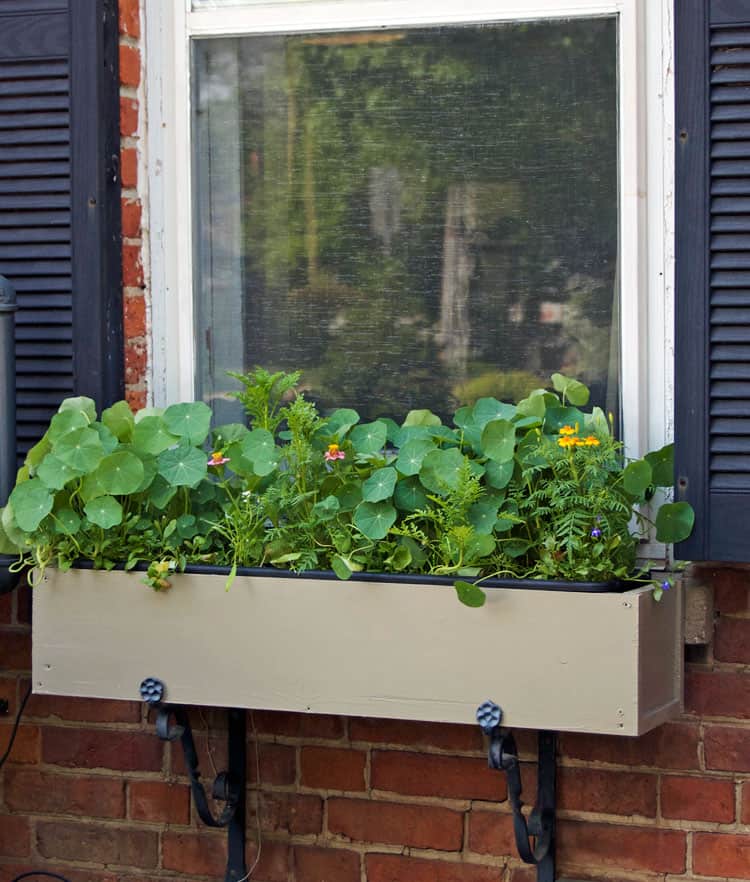 See how you can see my plastic planters because the size I needed only came in black?  Those will be covered up in a week or so once the plants grow.  So no problem.  Who am I kidding? It's driving me nuts.  But I'm going to abide by my "wait a week" rule.

I was happy with my window boxes.  I deviated a little bit from how the original ones were built by making them perfect rectangles, but that's how I wanted them.  You know.  Custom.  Like my original ones.  Or like the ones I saw at my mother's house 2 days ago, which were exactly like the custom ones that came with my house.  Which she bought a few  years ago ... at the lumberyard that the stupid ... pftttt .... lumberyard kid works at.