Home » Tips » Technology » How to Join Pinterest.So you can enter my biggest contest ever!

How to Join Pinterest.
So you can enter my biggest contest ever! 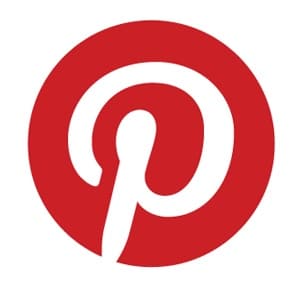 Are you a member of Pinterest? If not, read on because you HAVE to be signed up if you want to enter the biggest contest I’ve ever had.

That’s how I always describe Pinterest to people who don’t know what it is or don’t understand it.  People like my mother.  And my sisters.  And ….. that’s about it.

I’m gonna try to explain it.

So, I guess this post is for my mother and my sisters.  Plus the one or two of you who aren’t part of the millions who are on Pinterest right now.

Pinterest really is what I said. It’s a website devoted to letting you save everything you want to remember from the Internet. If you see something you like on the Internet, like my Pumpkin Diorama or someone elses recipe for Focaccia bread you “Pin” it onto your scrapbook. You can have different scrapbook boards. One for Food, one for DIY, one for Appliances, one for Funny Stuff and on and on.

And Cute animals. You can’t be on Pinterest unless you dedicate a board to cute animals and babies. It’s kind of a rule.

But the MOST fun thing about Pinterest is it’s MAGIC! Actually it’s not but I thought it might make it seem more enticing. Although Pinterest definitely doesn’t need me talking it up. At last count, it had around 12 million users and was the fastest growing website of all time. 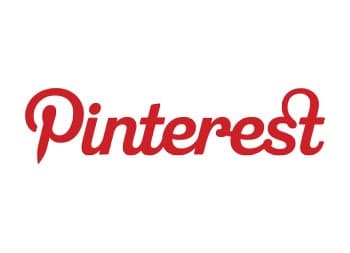 Just click where it says “Join Pinterest”.  Then the fun begins! You start “pinning” (which is really just saving images with links to them) stuff onto your boards. You can organize your boards so they’re categorized like I mentioned before.  Hairstyles, Living Rooms, Pets, Flower Arrangements, Food, Feisty Fairies … whatever.  It’s your choice.

And … since you’re likely to get bored with yourself and you might need a little inspiration you can start following other people’s “pins”.  If you don’t know anyone else on Pinterest that you can follow (although I’m sure you do , think … family, friends, bloggers) you can go to the Pinterest home page and see if anyone’s boards interest you there.  Someone who has great taste or style or interesting content.  Just click “follow” and you’ll be shown everything they’re pinning.

As you might be able to see, I had just Pinned something myself.  The world’s most perfect paint colour according to many; Benjamin Moore’s “Revere Pewter”.

This is my Gallery Wall board.  You can follow it and see all of the stunning gallery walls I’ve pinned.  I’m thinking of installing a gallery wall you see, so Pinning all the ones I love is the easiest, fastest, best way to remind myself of the good ones.  When the times that I actually commit to doing a gallery wall, all I have to do is bring up my Pinterest “Gallery Walls” board and I’ll have all the info/inspiration I need. 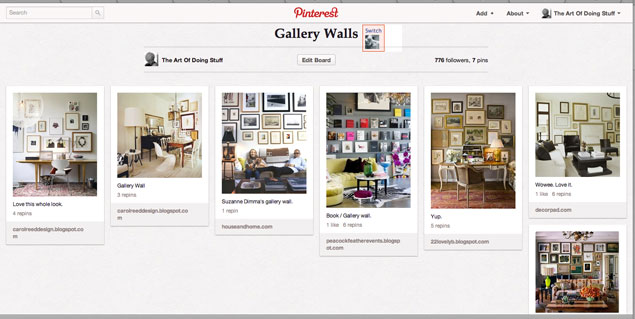 I feel right stupid explaining this  to the 4 people out there who aren’t already on Pinterest but there’s a very good reason for it. As I said, I have a rather large contest coming up in a week or two. And to enter it, you *have* to be on Pinterest. So, since I don’t want you to miss out on anything … go join Pinterest. All you have to do is join. You don’t need to start a wall of boards or do anything other than join.

Then keep an eye out in the upcoming week or so for The Great Big, Ginormous, Giftmas Giveaway.