How to Kill a Centipede & Make a Fashion Statement

Go read this  if you haven’t read my “Earth Hour You can Suck It” post.  It’s an entry that explains my epidemic here.  Not my dilemma … my epidemic.

If you don’t read it, you won’t fully appreciate the severity of my particular situation.  I have bugs.  Not me.  I, personally, do not have bugs on me, my person.  I have bugs in my house.

Horrifying, disgusting, frightening bugs.  They go by the name of  … 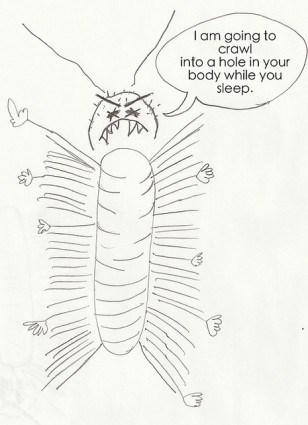 So’s not to frighten you I drew a reasonable facsimile of a centipede.  This is, I feel, a fairly accurate representation of what I found in the bathroom a few weeks ago.  A  Only I think he had a gun.  And maybe a crossbow.  He definitely spoke Spanish.

A few nights after the bathroom incident, I spied one making his way up the stairs towards the bedrooms.

I’ve used a bug service in the past, to deal with my recurring centipede problem, plus I’ve also sprayed my house myself.  Since I couldn’t be bothered to wait for an official bug sprayer, and since I wanted to do this at my own pace – immediately – I did it myself.

And so can you.

I’ve use 2 different cans of spray in the past, both with great success.  Raid’s House and Garden and Raid Spider Blaster.   If you’re looking to kill centipedes, or any bugs for that matter, look for a spray that has the highest dose of Pyrethrin.  It’s not only highly effective, but Wikipedia says it’s safe to use around food and animals.    Although I’m not sure about the rest of the stuff in the Raid, so I made sure to lock my cats outside while I sprayed and took precautions myself.   As you will bear witness to later.

How to Spray Your House for Bugs

Get your Pyrethrin filled cans of spray.  It took 3 to do my entire house. 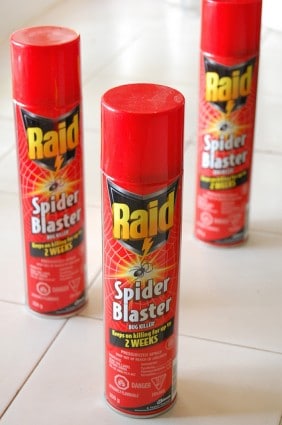 Pull all the furniture away from the walls.  You’re going to need to spray along all your baseboards, so you need access to them.  You will be shocked by the amount of hair and guck that accumulates behind things.  Do not be deterred.  Continue on pulling out your furniture.  No one needs to know about your hair and guck.  Unless you’re me and you have a blog and you show everyone your hair and guck.  Ahem. So to speak. 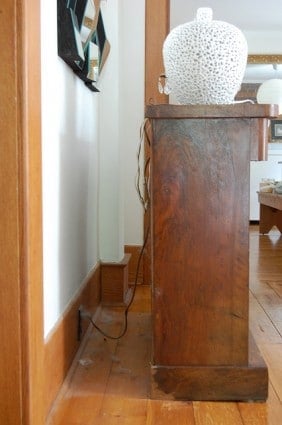 Vacuum the entire house before you spray.  These are my dirty old stairs which have needed carpeting for the past 3 years. 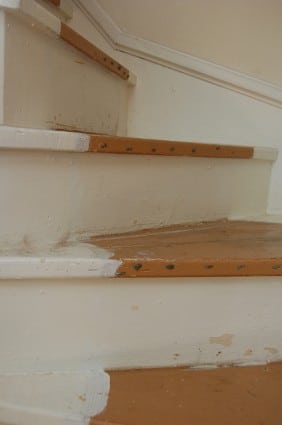 If your house looks any neater than this, you aren’t doing it right.

You need to make a mess to kill a bug.  Pull everything away from the walls, lift the curtains off the floor and vacuum. 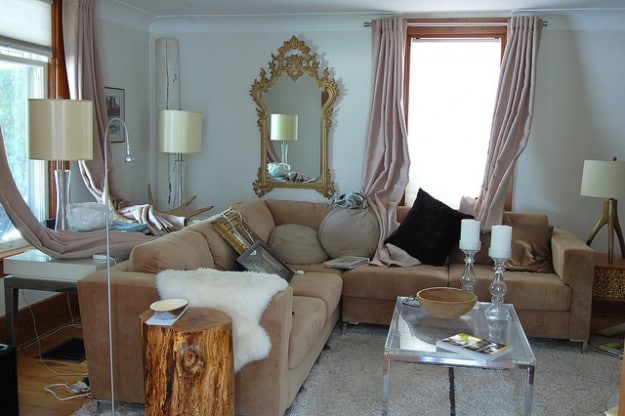 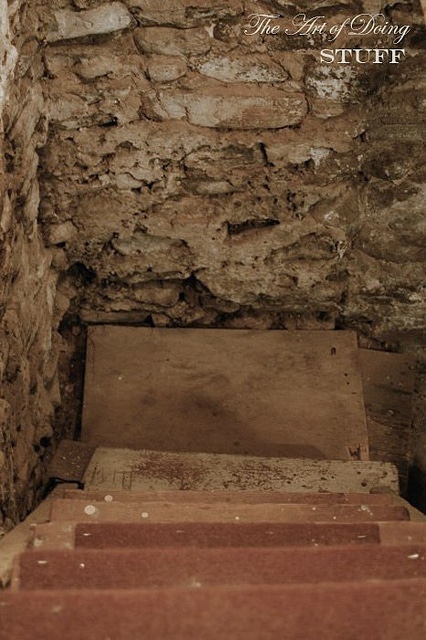 The Raid Spider Blaster had quite the reek to it, so I felt safer with a mask on.  Only I didn’t have a mask.  What I did have was my boyfriend’s underwear. 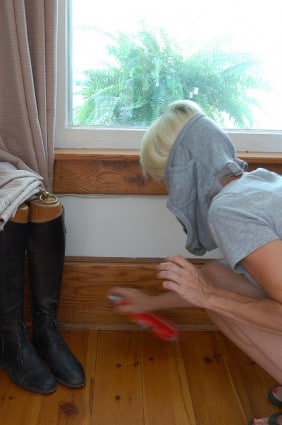 How this works is the bugs come out through the baseboards at night when it’s dark, they crawl through the killer spray and they die. The Spider Blaster has the added bonus of having a residual effect for a couple of weeks.

3 nights after spraying I found a dead centipede in the bathroom. I hated that centipede and I’m glad he’s dead. Stupid centipede. One night ago, I found a live one. It is my hope he just hadn’t died yet. That happens you see. The bug won’t die until he’s crossed the threshold of poison. Once he does he will wither up and die.

Or … he’ll crawl into an orface while you sleep. Here’s hoping for the first option.