Home » My Life » Me » How to Let Them Learn From Their Mistakes. No matter how embarrassing it is for you.

How to Let Them Learn From Their Mistakes.
No matter how embarrassing it is for you.

There are times you just have to let them try to drink the sour milk, you know what I’m saying?

It is our job as the sensible women of the world to guide them and let them know what’s right and wrong. They’re our responsibility and if they don’t say please or thank you in public, people aren’t going to judge them … they’re going to judge US.

We’ve all done it. Some boy spits on the sidewalk right in front of us and we don’t look at him with distain … we look at her. How could you? It’s your job lady, to teach him right from wrong. Whaddya let him drink milk right out of the jug too? (totally beside the point that we do this all the time in secret)

And gobbing on the sidewalk is wrong. Gobbing anywhere for that matter is wrong.  It’s the second thing boys need to be taught, right after Don’t laugh when people fall down unless that person has a history of being mean to those who are chubby, the elderly, or minorities including gays and lesbians.

Admittedly, once they’re in our care the list of things they need to be taught is exhausting. Put the toilet seat down, use your utensils, don’t laugh at inappropriate times, use your inside voice. We correct their grammar, check their spelling, slather them in sunblock.  All with the hope that one day they’ll be prepared for the world.

Is it an easy job?  Uh … no.  Duh.  It always struck me as odd, these people who’d get a puppy and then decide it was time to “upgrade” to an actual human but spent more time making sure the puppy was well trained for the world.   You made the decision … so you need to hold up your end of the  bargain and create a shining specimen for the world.  He could grow up to be President if you play your cards right!  Or at least the head of a company.  Or at the very least happy with whatever it is he ends up doing.

Over the course, we have to pick our battles. You know that I’m sure. Everything has to be balanced just so, in order to maintain the symbiotic relationship we all strive for. We ignore the Freezie eating on the living room couch for when something worse comes along later in the day. And it will.

And then the mental calcuations begin again.  He’s still crying from when I yelled at him banshee-style for scratching the dining room table so I probably shouldn’t say anything about the mysterious mud caked underwear.

And for the most part with a little training, a lot of positive reinforcement and a bit of cajoling I think we … the women of the world … do a remarkable job.

But, no matter how many times you say “Don’t eat that pizza yet, it’s too hot” or “You need to wear your life jacket, the boat could tip” chances are they aren’t going to believe you until they’re upside down under a kayak with the skin peeling off the roof of their mouth.

So when mine came home a few months ago with a new toy he bought with his own money I thought … this is really stupid.  It is utterly stupid and a complete waste of money.  But I didn’t say too much.  Just shook my head and walked away.

He needed to drink the sour milk.  Fall out of the boat.  Burn the roof of his mouth.  And yesterday, that’s exactly what he did. 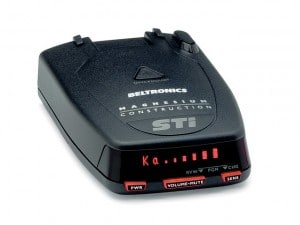 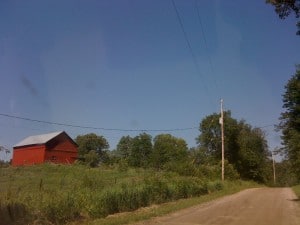 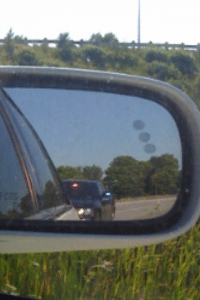 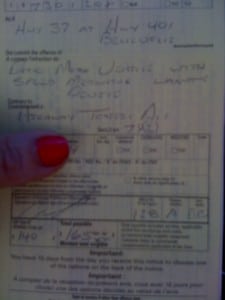 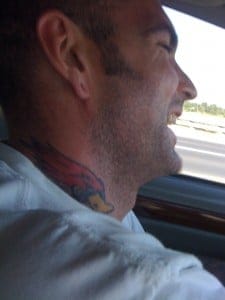 the look of remorse

The conversation several months ago went something like this:

Him: I got a radar detector! It was cheap! REALLY cheap.

Me: Are those legal?

Him: Well … I didn’t really think of that, but it was CHEAP! I could turn around and sell it tomorrow for like $400.

Me: Maybe you should.

Him: No way! It’ll be fun for when we drive to the cottage.  Plus it was cheap.

Me: But you don’t speed.  Aren’t you worried about getting caught with something like that? I mean … it seems stupid on many levels.

Him: THAT’S the beauty of it! It “cloaks” itself so the police can’t detect it.

Me: Uh huh. Here. Have a piece of pizza.

For those of you who are wondering, the ticket for having a “speed detecting device in a motor vehicle” is $165.  Plus they take your Radar Detector.  And if the nice police officer pulls you over and asks if you have such a device in your car, you should just say Yes.  Saying NO! while quickly closing the glove compartment is the wrong approach.

And if you finally shrug and ask your girlfriend to get it out of the glove compartment, know this … she will not do it.  She will instead sit, arms crossed in her lap wondering if it’s too late to just get a dog.

This post has been approved by “the fella”. What he lacks in common sense he makes up for in sense of humour.  Thank God for that.