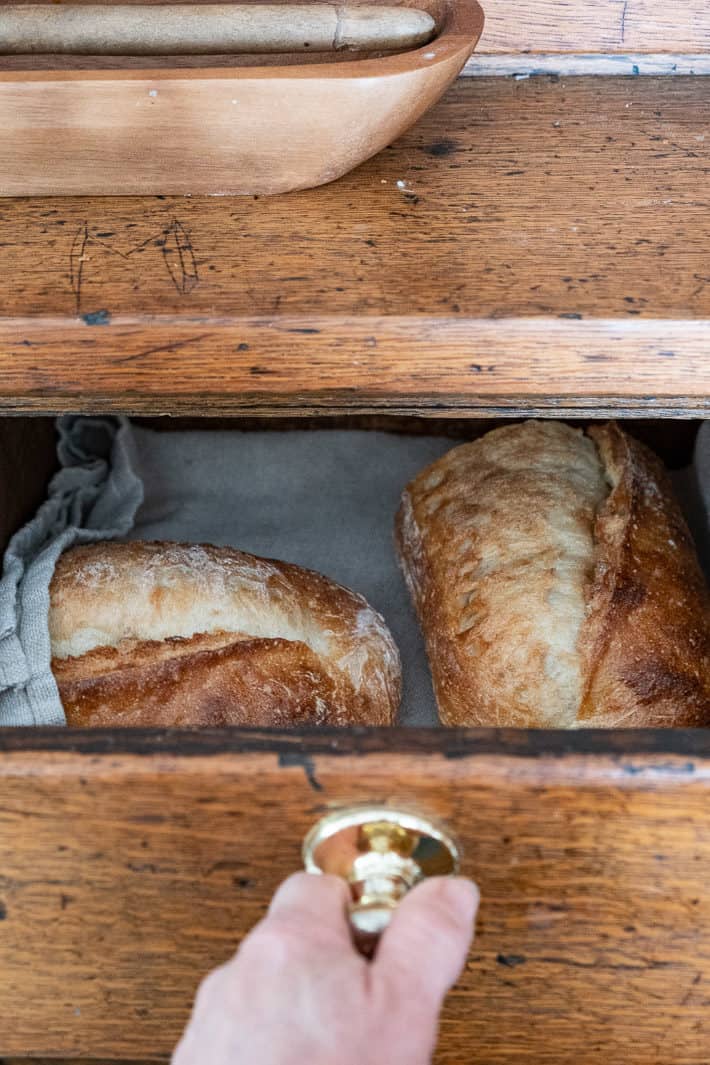 Sourdough starter hit its stride in the year ohhhhh 1500 BC or so. The Egyptians were all over it. For thousands of years it was the only way to make bread. Then something horrifying happened - progress.

With the invention of instant commercial yeast by Louis Pasteur in the 1800s, sourdough starter was abandoned by bakers.

Commercial yeast gave predictable results, was easier to use and a lot faster than the homemade levain people had been using for centuries.  All but the most discriminating of bakers (the French) switched to using the commercial yeast.

What breads made with commercial yeast didn't have was the flavour of bread made with the traditional sourdough starter. But bakers were willing to give that taste up in exchange for convenience.

100 years after the invention of commercial yeast, around the 1980s, the popularity of sourdough starters began to rise again before levelling out in the 1990s.

Nobody (except every infectious disease expert around the world, plus that guy who made the movie Pandemic) could have predicted what would happen in the spring of 2020.

The entire world would shut down.  And together we were alone.

Collectively, without prompting, the world knew what to do. We would bake bread.

The word "bread" spiked to an all time high in Google searches.  This was partly because everyone locked inside their homes wanted to do and eat something that was comforting. What's more comforting than the smell of freshly baked bread and a warm hunk of it slathered in butter.

Even more explosive were the results for sourdough starter a week later when everyone started to realize yeast was suddenly sold out everywhere.

Overnight, sourdough starter and bread became the "it" thing.  Nothing like this had happened since the Cabbage Patch doll riots of 1983.

Winter is coming again, the virus is in its second wave almost everywhere and even though you might not be in lock down, the safest place for you to be is at home.

Who wants to make sourdough starter? 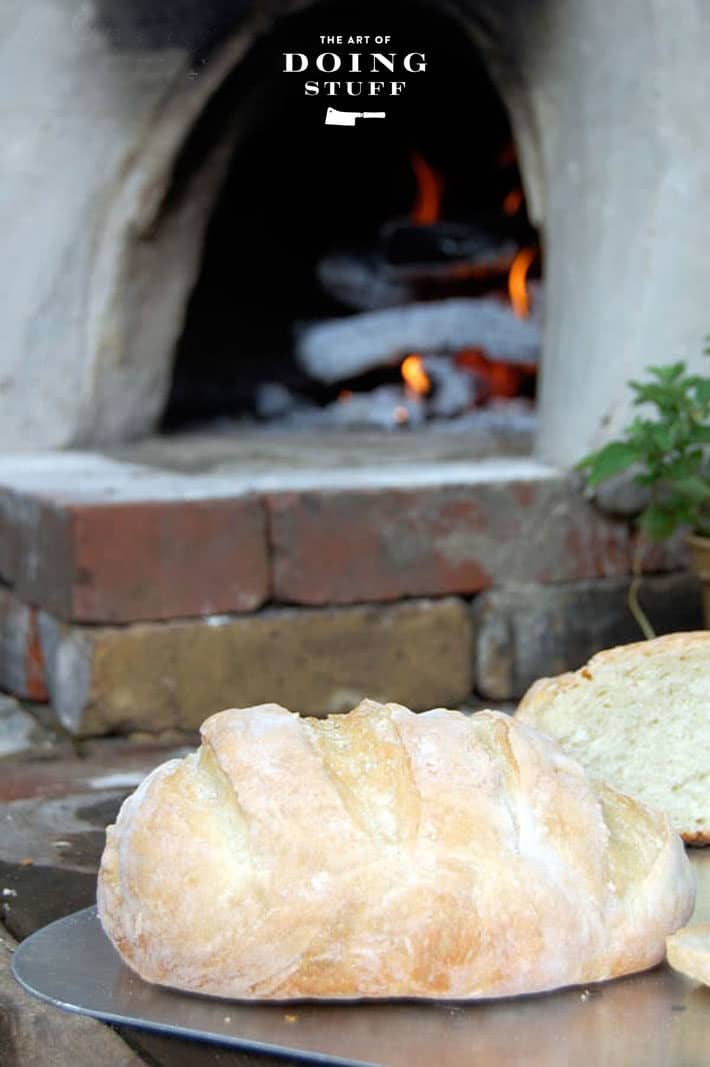 If you were alive and coherent in the 1980's you might remember the fad with people passing around a gross glop of dirty looking glue. You were supposed to take a bit out and pass along the rest to a bunch of unsuspecting friends. It was like a chain letter but with if someone accidentally sneezed on it, you were going to eat it.  Blech.

THAT was sourdough starter.

Sourdough starters have been known to be passed on from generation to generation.

It's a mixture of flour and water that's been left to ferment and turn into liquid yeast. It does this by "catching" wild yeast that's in the air.

Sourdough starter, which makes bread rise,  tastes different than regular yeast because it contains different yeasts and bacterias. It's fermented and has a slight sour taste to because of that. It's what gives sourdough the unique flavour it has.

O.K. NOW do you want to know how to make this miracle of nature that has you catching wild yeast from the air known as sourdough starter?

Yeast is in the air, on your hands, and possibly on the spoon you use to stir your concoction.  Which is lucky for we sourdough starter makers.

Before I get to the sourdough starter recipe I know you're going to have this question:

What flour is best for sourdough starter.

What kind of flour? Most people like rye and feel it ferments more quickly than other flours.  BUT you can use whatever flour you want or have; rye, whole wheat, white ...

I use rye to start my starter. Then for subsequent feedings I may switch over to white. 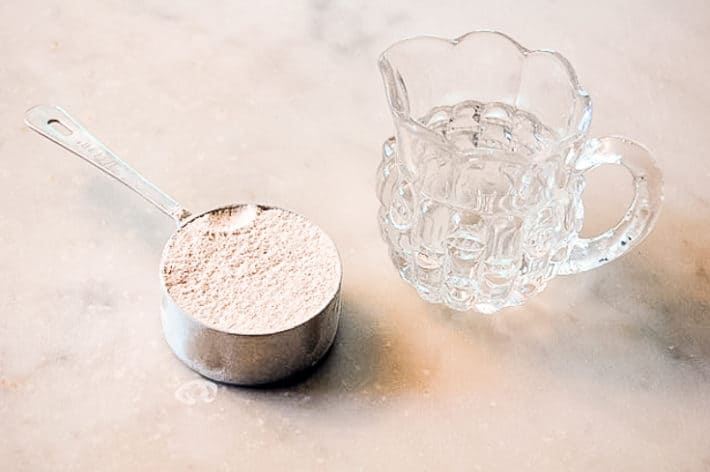 How to make it

A bit about hydration.

This is for a 100% hydration starter. That means it has 1 part flour to 1 part water. Different hydrations of starter and breads create different results.  A lower hydration (more flour than water) will give you a more sour taste and needs to be fed less often.  A higher hydration (more water than flour) will be milder tasting and need feeding more often.

There's a LOT more to it than that, but if you're a beginner I think this 1:1 starter is a good place to start for you. 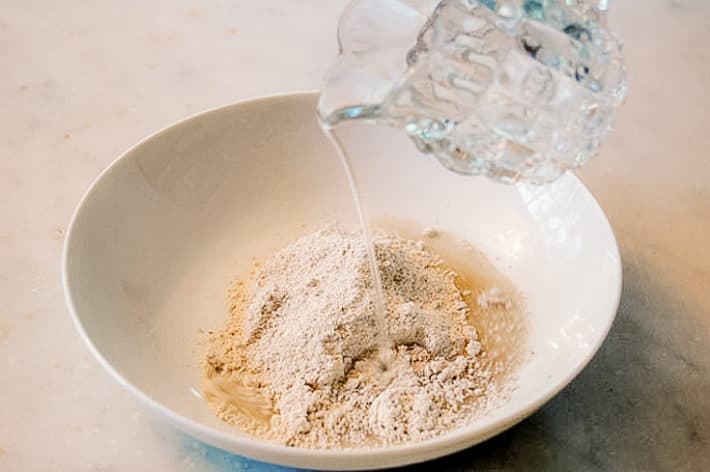 Stir everything together until all the flour and water have mixed well. 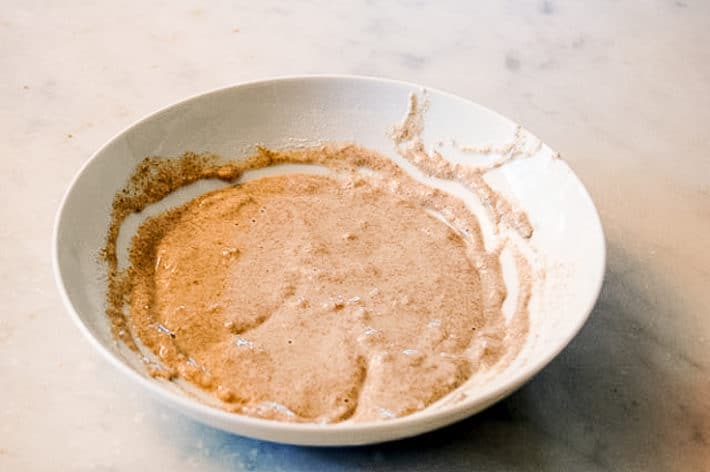 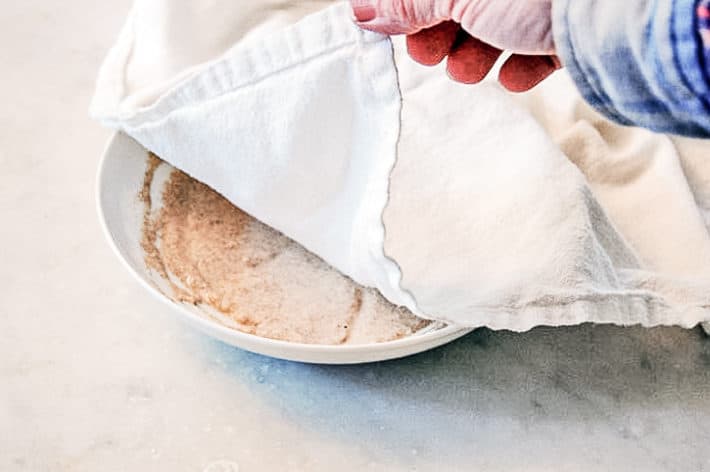 I'm using a bowl but you can also use a glass or mason jar. 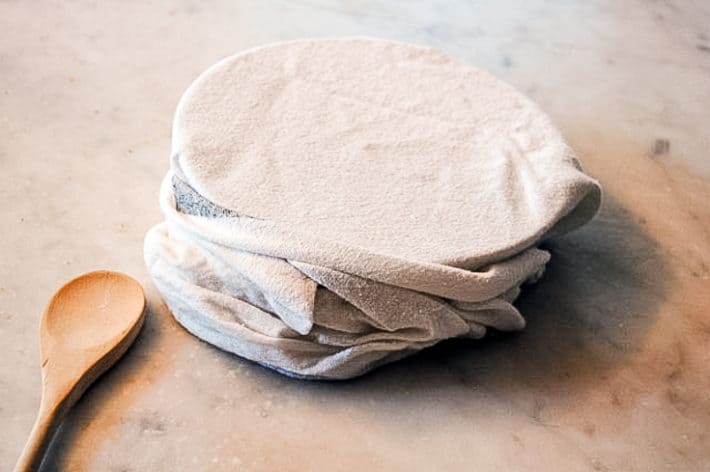 After just 8 hours you can see tiny bubbles starting to form. 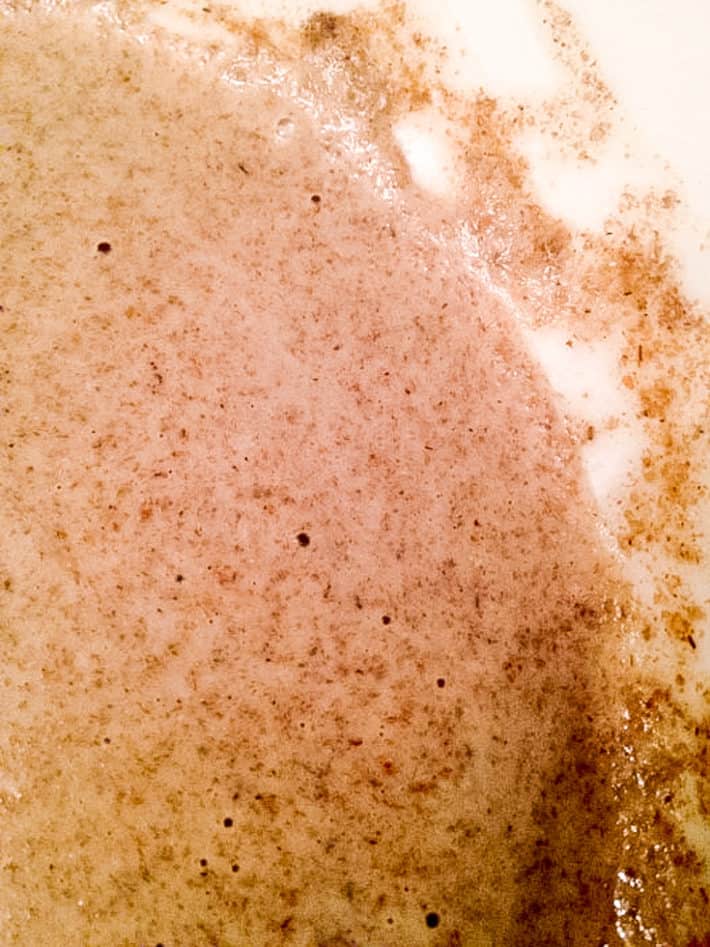 3. Once you notice bubbles and a yeasty smell (after 2 or 3 days) you can get rid of half of your mixture. Just scoop it out and throw it down the drain.  It may have dried out a bit. That's O.K.  Add ¼ cup of water and ¼ cup of flour to the remaining starter, mix and cover up again. This is called feeding the starter.

Continue feeding the starter in this exact way every 8-12 hours for the next 2 weeks or so.

After several days of doing this you'll notice the bubbles are starting to get bigger.

If you don't think your starter is doing much you can: 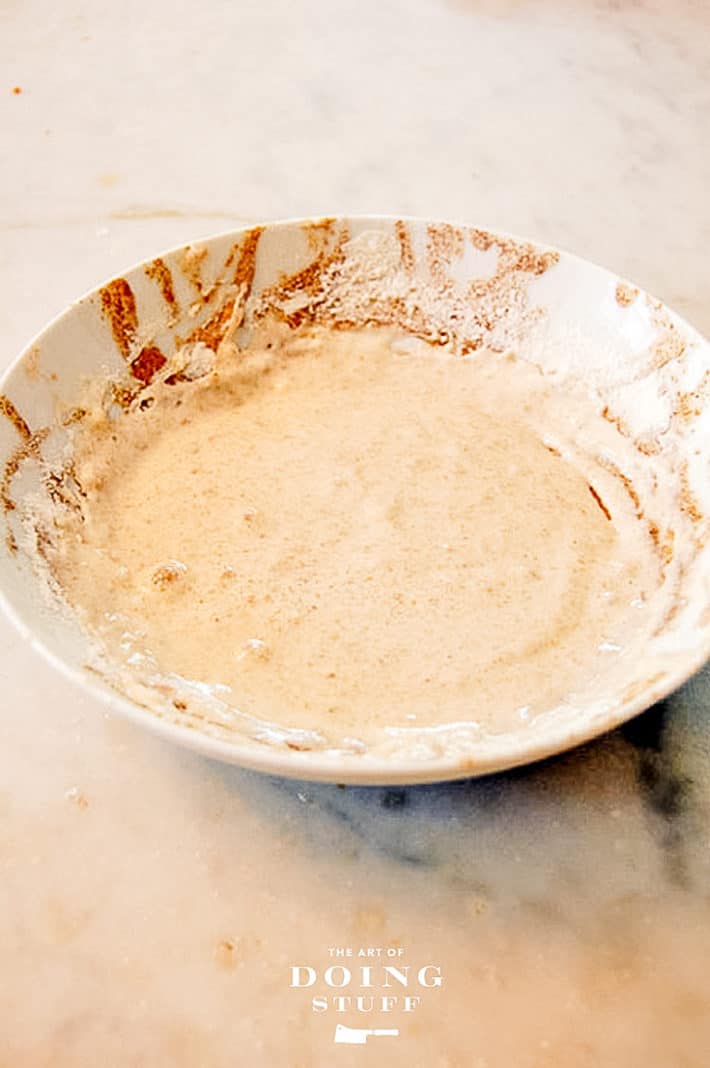 By day 12-15 you'll notice your starter will start to double in size after you feed it.  It won't just get a bit bubbly, it will literally double in size! 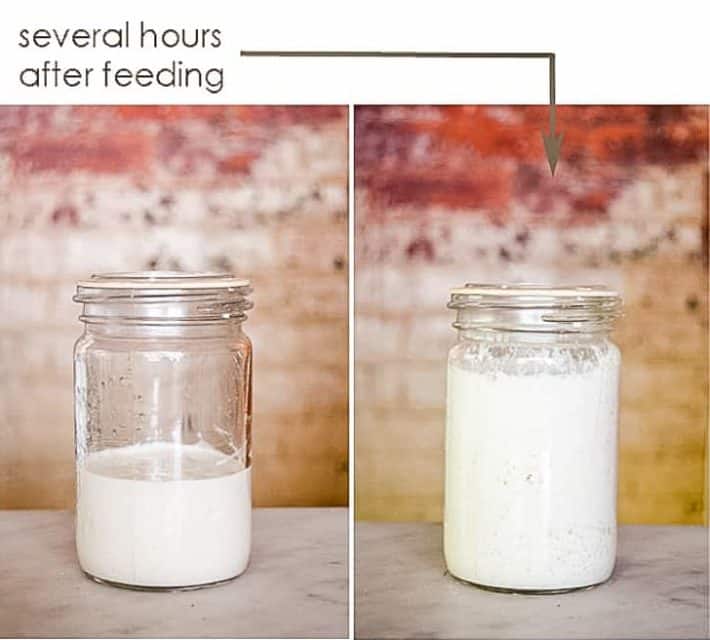 Once your starter reliably doubles in size for several days, you can break out the cigars because you are the proud parent of glop.  Some people suggest you keep feeding it on the counter like this for up to a month to really get the sour taste.

Once you have a successful starter you can stick it in the refrigerator until the day before you're going to make bread.

The day before you make bread the starter should be removed from the refrigerator and brought up to room temperature. Once it's warm, add ¼ cup of bottled water and a ¼ cup of flour. This will help activate the starter and get it bubbly again. 8-12 hours later, do it again. Your starter should now be ready to use. 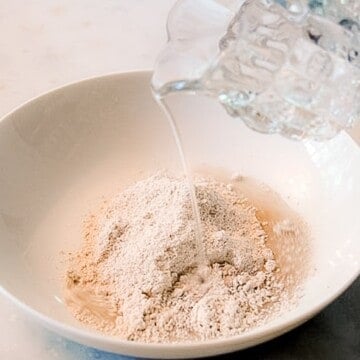 So there you have it.  Sourdough starter glop.  Pass it on.