Home » My Life » I Lost My Memory. I Blame Instagram.

I have NO idea what I’ve done in the past 2 weeks. 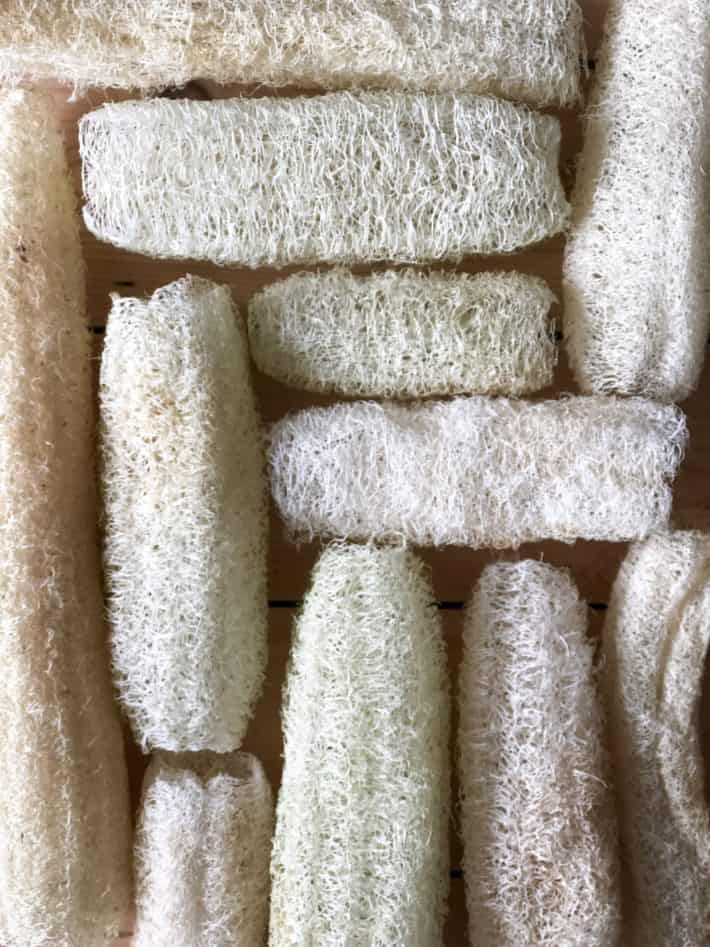 You can have WAY more fun and live a lot more of your life when you aren’t constantly recording it. You just can’t remember it.

I know that I peeled my luffa sponges last week because it’s the one thing I posted on Instagram. It’s very possible I rescued a whole tribe of kittens from the mouth of a volcano but I can’t recall it.

I can tell you what I was doing LAST year this week.  I was picking little nuggets of devil poop. You may know them as Brussels sprouts.  I can tell you that because it was on Instagram. 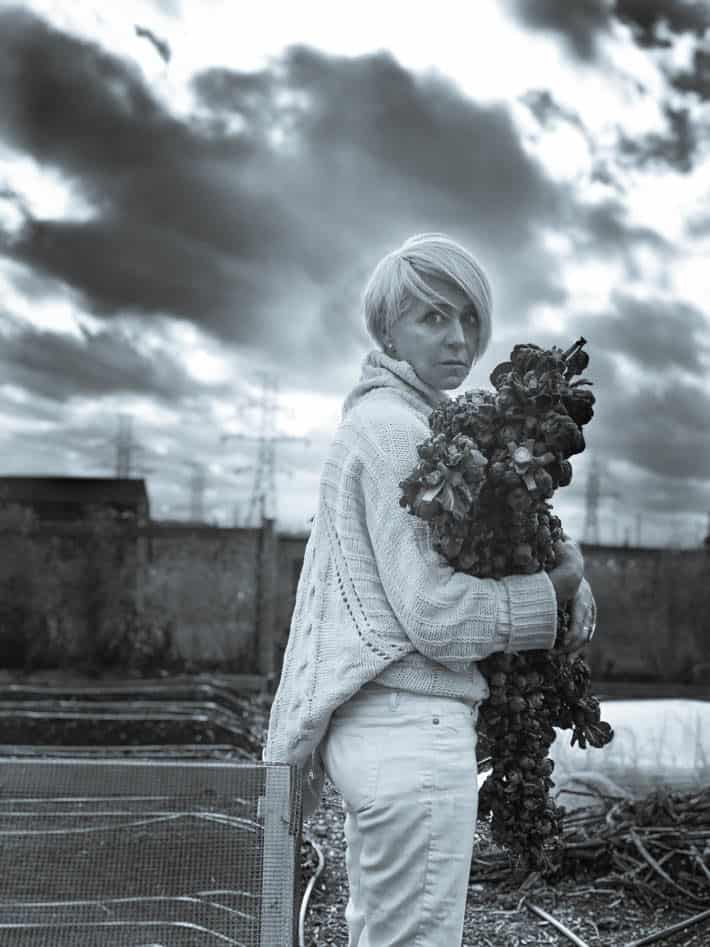 Would you like to see an outtake that hasn’t been converted to black and white and boosted?  O.K. Here you go … 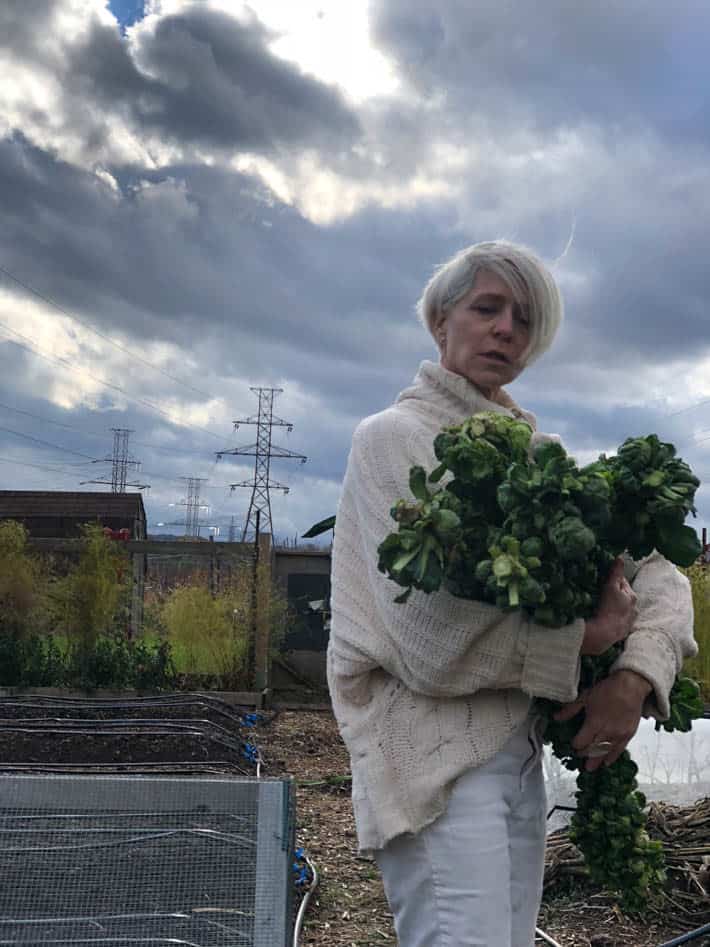 Remember that the next time you see me looking great on Instagram. Or in real life. Because mainly I look like the above photo.  My neighbours grown son was in my house last week (omg I just remembered something that  happened last week by using my actual memories not my photo memories!!). He was picking up a piece of pumpkin pie for his mother so he came into my kitchen.

To get to the kitchen he had to pick his way through a photo setup for pictures of the pumpkin pie at my front door where the light is good for taking photos late in the afternoon. Then he had to carefully weave through the clutter of pie, dishes, napkins, baskets of beans that need shelling,  bounce cards and other photography paraphernalia in the hallway before he finally made his way into the dining room – its floor covered in my underwear.  It was laundry sorting day.

I mean there were MOUNDS of clothes on the floor.

Anyhow, he wandered through my unmentionables minefield and I looked back at him and said – I’m sorry, it isn’t normally like th…  Then I stopped myself and said, You know what?  It is. It’s pretty much always like this. And sometimes I find weird things in my hair.  Like feathers and once a centipede.  Then I gave him his pie and guided him back towards the front door.

STUFF I DID THIS WEEK.

So there’s one thing I did. I showed a grown man my dirty laundry.

Like I said, I peeled my luffas which grew well this year. It wasn’t a banner year, like I won’t be building a shed out of luffa sponges or anything but I got quite a few. None of them are huge, but that doesn’t actually matter because you don’t need a HUGE luffa. You just need a luffa. I usually cut them into pieces anyway for scrubbing pots.

If you want to grow luffa’s next year here’s my Guide to Growing Luffas in a cold climate.

I bought a chair! 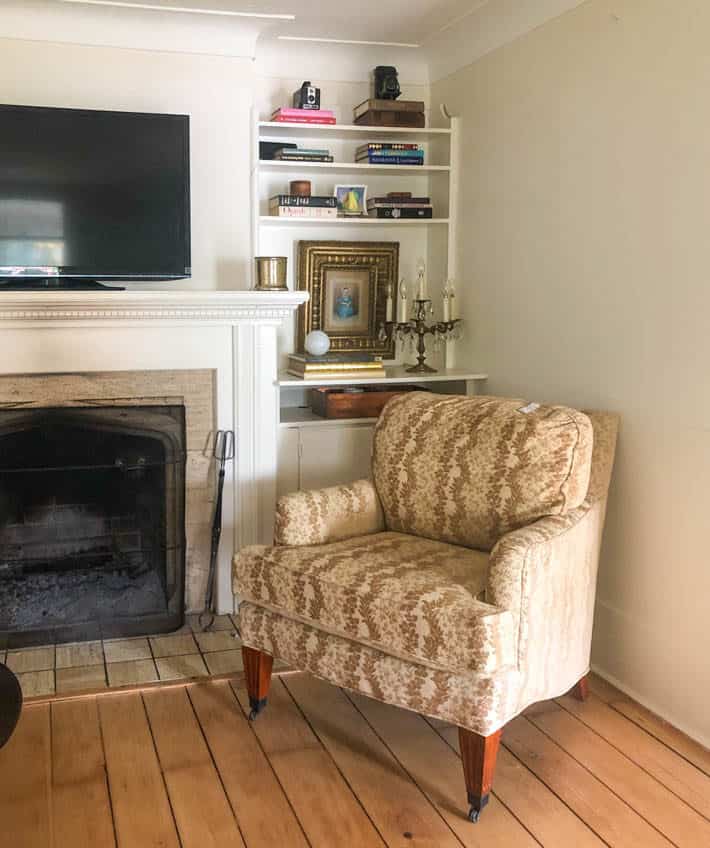 I bought a $90 chair from a thrift shop.  I’ll be recovering this when I get my living room redecorating act together.  HAHAHAHAHA. Like that’s ever going to happen.  The chair has good lines, is from Vogel, a relatively good manufacturer and is the most comfortable chair I’ve ever sat in. Which is why I bought it.

The back is 100% down and the seat is down wrapped foam. For the moment I suppose I should order a slip cover for it so its upholstery doesn’t continue to bother me for the next decade or however long it’ll be before I redo my room. It’ll cost about $700 for new fabric and to have it recovered. New it would be about $1,600.

Here’s a tutorial on how I often reupholster chairs myself.

And finally (that I can remember) I went to the movie premiere of my 12 year old paperboy.  He lives in Brooklyn and just finished his first full length feature film. He’s a very accomplished and independent 12 year old. 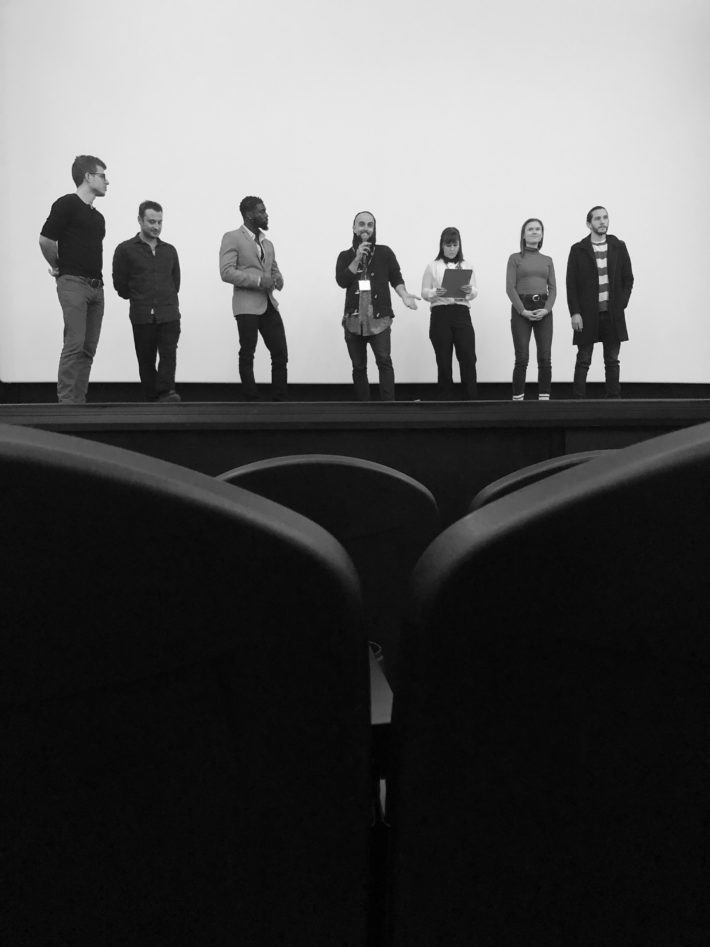 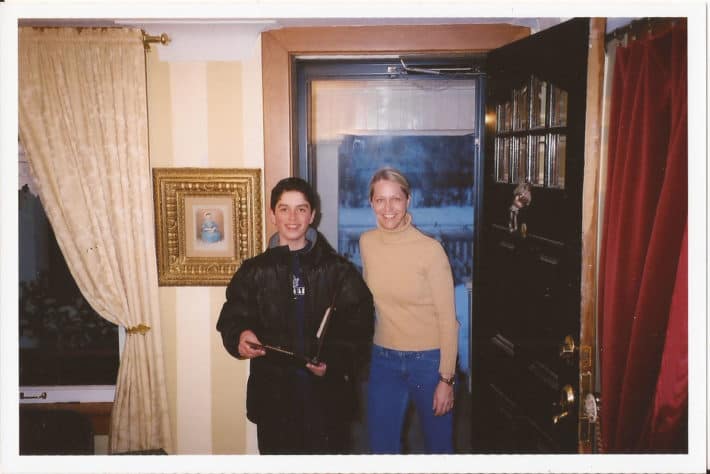 For some unknown reason, when he first came to the house to collect money I had my boyfriend at the time take a picture of the two of us. Cyrus the paperboy never came back to my house after the photo shoot.  Yup. Me and my paperboy Cyrus Baetz who is now a filmmaker in Brooklyn and understandably wary of strangers.

You can see a trailer for his first feature film “Speak Your Mind” here.

ON THE MENU LAST WEEK 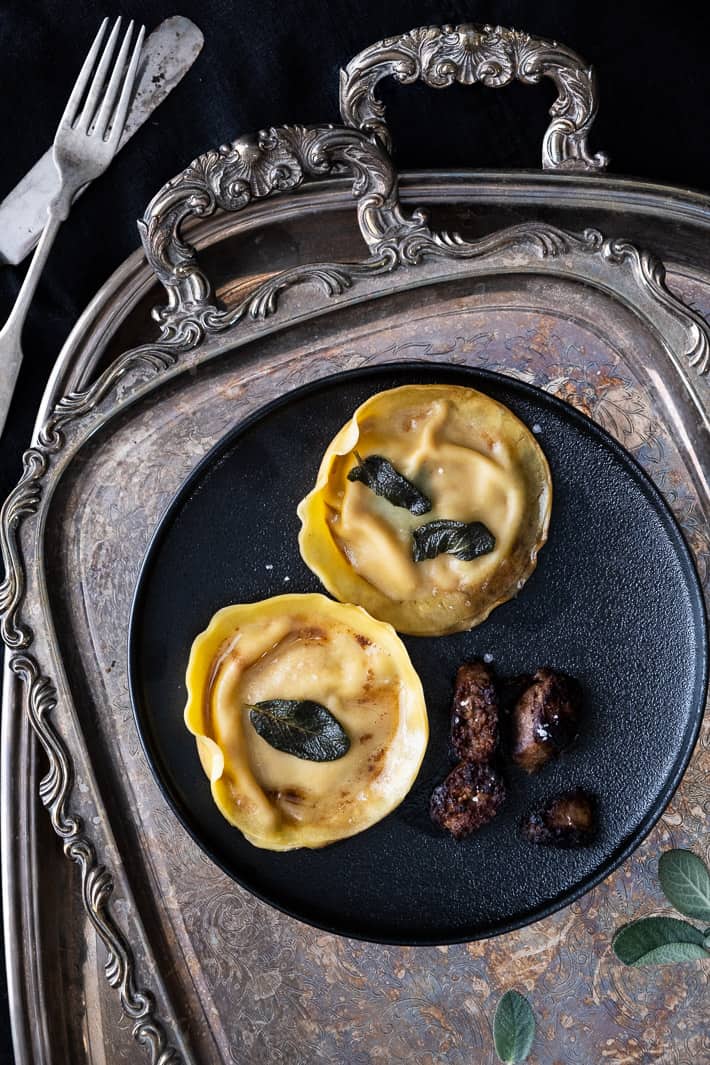 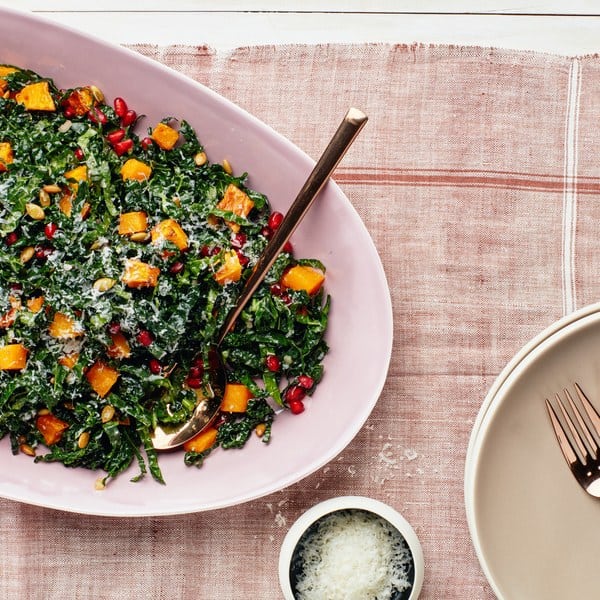 A reader introduced me to this salad last year and it's SO good. Even WITH kale. It's an ideal salad because you can make it ahead of time and store it in the fridge for the whole week, pulling out as much as you want when you need it. (dress the kale, and keep the other ingredients in separate containers in the fridge) 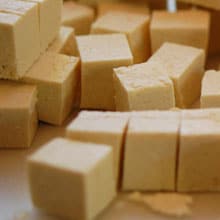 Tofu. It's not just for patchouli scented hippies anymore. I'll be making some of this marinated tofu and then pan frying it to add to rice, mung bean sprouts and peanut sauce for a quick and easy Buddha Bowl. 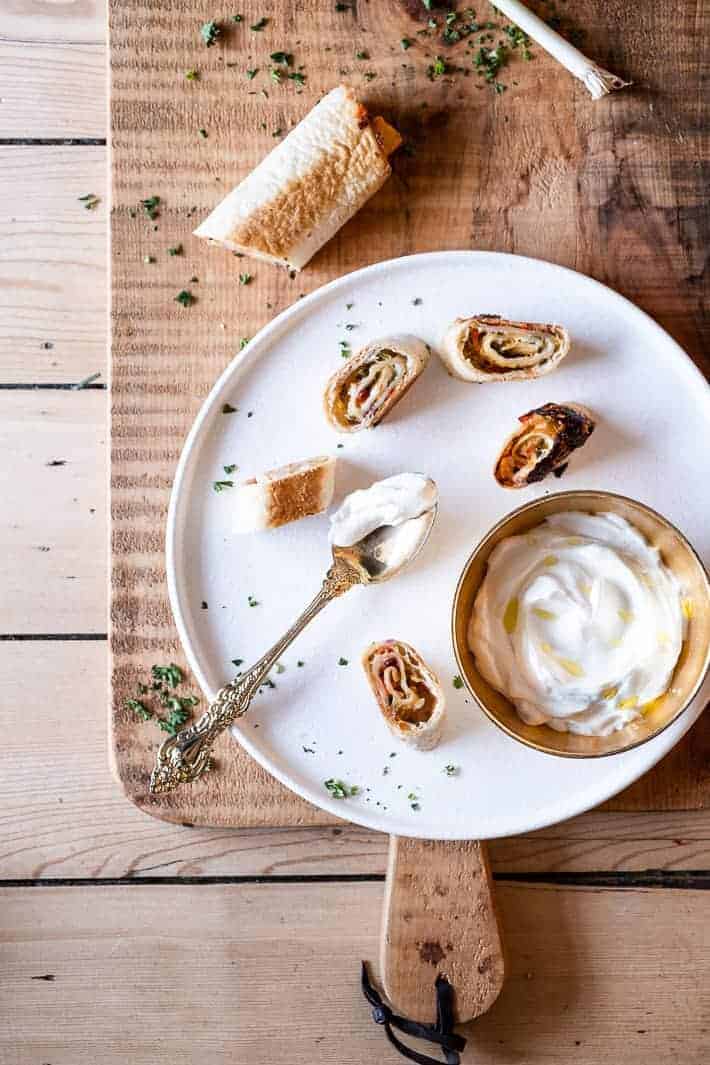 Antojitos are a football event MUST. And since Sunday is Canada's Grey Cup and since my hometown Hamilton Tiger-Cats are IN the Grey Cup, I see no way around it. I'm going to have to make anotjitos. The Grey Cup is like our Superbowl in Canada, only with worse commercials and less endorsements. Also the halftime show is likely to be a someone I've never heard of. Or a polka band.

Hope you’re having a good weekend!  Try not to forget what you did.