I’M A LADY WHO LUNCHES NOW. SO THAT’S WEIRD.

Last week I became a lady who lunches.  You  know the type.  The type who just up and goes for lunch at a restaurant in the middle of the afternoon during a work day but it doesn’t matter because for some reason they have nowhere else to be.  These ladies are easily recognized by their manicured hands and crazed look.  Or maybe that’s the look of being rested.  I’m not good at recognizing that look in people. It’s basically a mythical look nowadays.  Something you read about in books and insane asylum pamphlets.

When I worked in an office (albeit a super-cool office in one of the world’s most innovative television stations) I remember there was this guy who quit. He didn’t really know what he was going to do, he just knew he couldn’t work in an office anymore so he up and left.  A few months down the road he came back to the station, wandering through the halls and offices saying hi to everyone. He was wearing shorts and a cruddy tee shirt and looked not exactly homeless but … something.  He looked something totally foreign to me. As I squinched my eyes and tried to place what was so strange about him, it hit me.

He mentioned he was wandering past the building on his way to lunch and thought he’d stop in.

On his way to lunch.  Wandering.  In the middle of the day.  Like a homeless person.  Or drug dealer.  I understand people eat lunch.  They even go for lunch when they work in an office.  But I but I never did.  I worked during my lunch so I could leave early and beat traffic.  Leaving early by half an hour could shave 2.75 minutes off of my 4.5 hour commute. During the drive I often gnawed on my steering wheel looking for leftover, salty, hand sweat to eat but … I got home 2.75 minute earlier.  Unless it rained.  Somewhere in the world.  A raindrop anywhere was really quite enough to guarantee a 17 hour drive home and a myriad of men throwing pop bottles filled with yellow liquid out their car windows.

Now that I work from home you’d think I’d take advantage of being able to “lunch” and  wander around in a most rested and relaxed manner.  I don’t.  I work through my lunch even in my home office.

So last week was kind of special.  I even had eyebrows as my neighbour Jane remarked when she picked me up.  And I did.  I shoved them on there with powder and a powder brush like I did in the olden days when it was my job to look pretty.  For real. In no small part my job, my actual job, was to look good.  It was exhausting.  And it’s hard to look perpetually pretty when you’re eternally exhausted.  Even with the salt lick steering wheel it was difficult to keep up that level of

So off we went, ladies who lunch, to meet another lady to lunch with.  This particular lady showed up to lunch with a very weird Mexican marionette she bought on the way.  So maybe not something an actual lady would buy. Plus one of us got a stain on our shirt within seconds of being at the restaurant.  And I proclaimed I hated talking to anyone for longer than an hour so I might just wander out the door and down the road at some point.  I just didn’t want them to be alarmed when it happened.

Now that I think back on it we were really more dames who dine than ladies who lunch.

The food was meh, but the conversation was good and even MORE exciting was the restaurant next door.  My little town is kind of becoming a hot spot for exceptional quality restaurants.  Insanely accomplished chefs are abandoning Toronto and it’s putrid traffic and home prices for my city, just 45 minutes away.  (if there’s no rain, construction, other cars on the road or bugs flying around.)  Just next door to the place we lunched in is one such example.

It’s a teen tiny place with an open kitchen and just 6 tables that seat 2 people each.  There’s no ordering, it’s a set menu.  A 7 course tasting menu where you might get this. 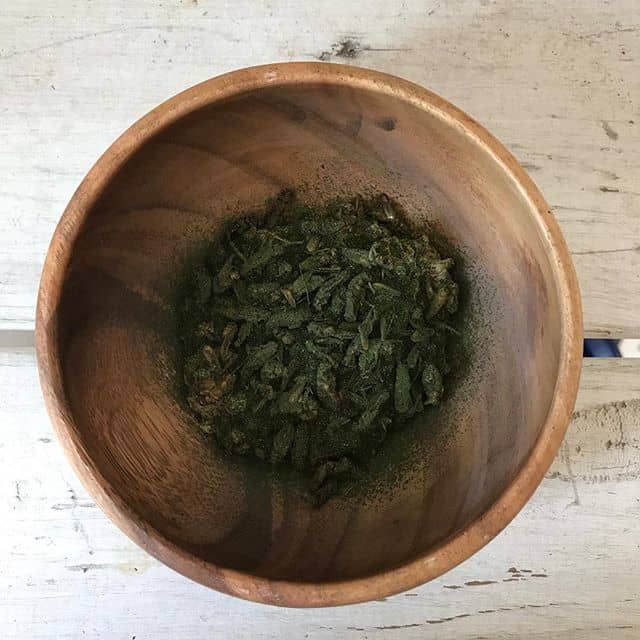 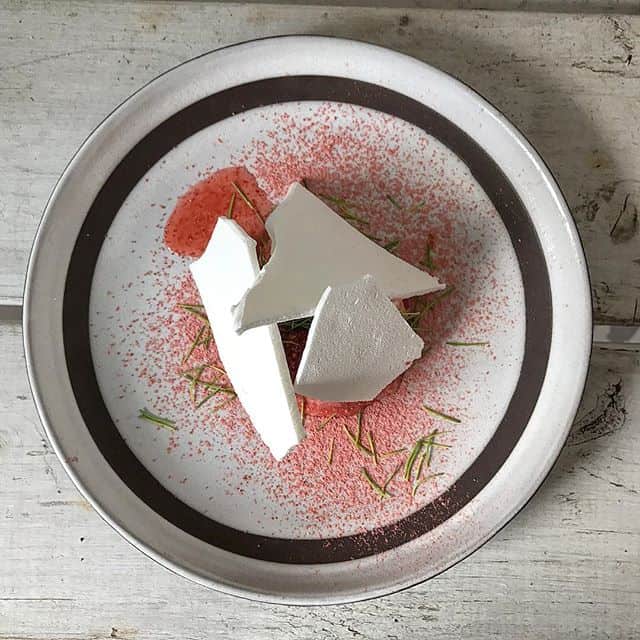 Seriously.  But I like food.  I, in fact, love food.  I like cooking it, growing it, looking at it, and eating it.  But when I told a friend I wanted to go to this particular joint they just kind of shrugged their shoulders and said, yeah but that’s your thing.  What?? What’s my thing??? EATING?  Yeah, that’s my thing, isn’t it everyone’s thing?

He meant extreme food.  I don’t just eat to fill up I eat to be entertained.

So $75 is nothing for this kind of entertainment and sustenance.

But it did get me thinking.  I want this kind of restaurant to survive in Hamilton.  I want more of them.  I want everyone to go to them.  But will people?  Would you?

Would you pay $75 a plate (7 little plates in this case actually) for dinner?  Or is that just insane to you?  What’s your limit when it comes to eating out?

If nobody agrees with me I’ll know to run to The Heather before the chef can’t afford to stay in business any longer.

Before he’s wandering the streets in shorts and a cruddy tee shirt minus the look of relaxation, heading to lunch.

Have a good weekend.  Yo.  (All this food talk is making me sassy)