Home » Everything Else » Introducing The Newest “Bogs Ambassador” … ME.

Introducing The Newest “Bogs Ambassador” … ME.

A few months ago I got an email from the people at Bogs footwear.  They wanted to tell me they were selecting a few people around North America to be “Bogs Ambassadors.”

Yeah.  I didn’t know what that meant either.  So I followed up on the email and discovered the honour was really quite flattering.  Bogs wanted to highlight and recognize  average, everyday people who wear their boots.

4 people would be highlighted.  They wanted one of them to be me.

Once I understood what it meant, (I didn’t have to go on tour or anything) I wholeheartedly agreed to be an ambassador to Bogs boots.  They shot over a questionnaire for me to fill out, asked me to take a quick picture of me doing something I normally do in my Bogs and Bing, Bang, Bogs  … I WAS A BOGS AMBASSADOR. 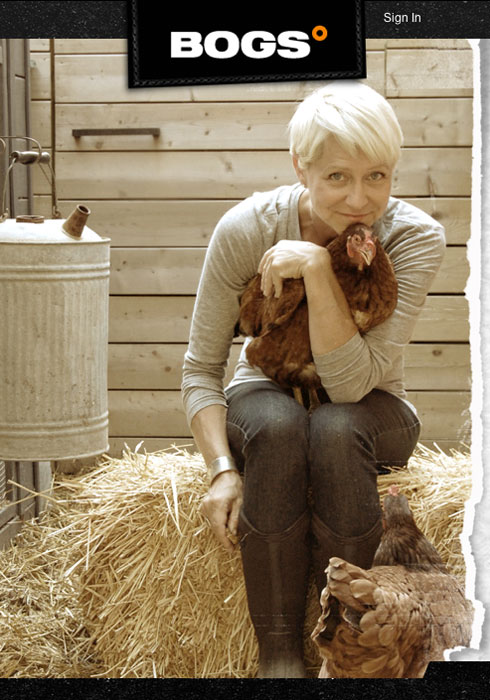 So here I am.  The newly appointed Bogs Ambassador. It’s kind of like being a real ambassador except I only get diplomatic immunity of I hit someone over the head with my boot.

Head on over to the Bogs website right now to read about a day in my life, on my Bogs page.

You’ll get answers to  how I spend all the hours in my day, what I wear my Bogs for, what Superpower I would choose, and what I wanted to be when I grew up.

Once you’re on the page take a look up top at the other 3 Bogs Ambassadors (all men) and read their profiles.  REALLY interesting group of guys.  And interestingly enough, we ALL own the same pair of Bogs. The Classic High Handles.  Only I own 2 pairs.  ‘Cause I’m a girl.

Tomorrow I announce my first official act as a Bogs Ambassador.