IS BEING NICE OVERRATED?

He’s nice!  Those were the first words that came tumbling out of my sister’s mouth as she described a man she thought I should date.

This was quite a while ago but as you can imagine, the horror of it all has stuck with me.  He’s nice.  Ack. 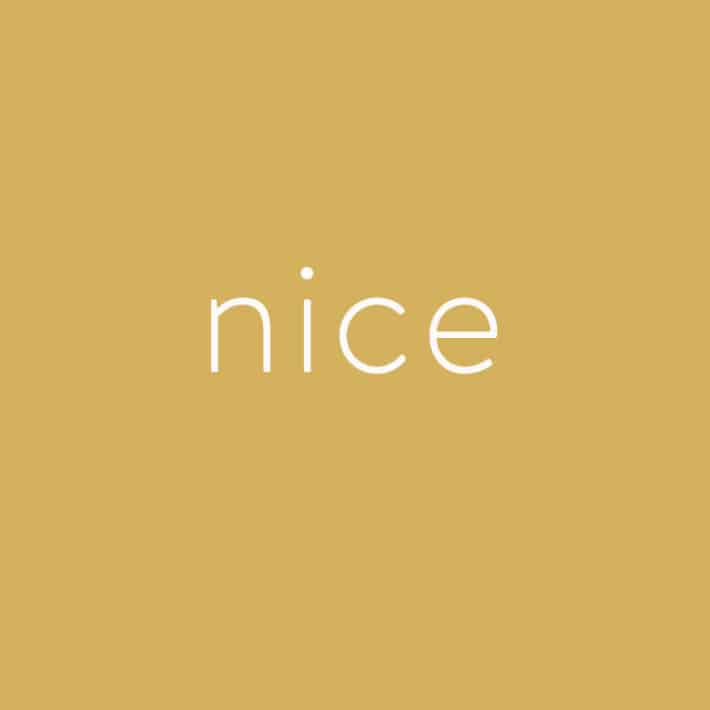 Is being nice overrated?

The word nice has become insanely popular lately, only to be overshadowed by “kind”.  Kind is the “it” word at the moment, flaunting itself as the even BETTER version of nice!  Kind is the nicer nice!  I’m not entirely schooled on the subtle differences but as far as I can tell a nice person wears home knit sweaters and eats whatever shitty food you feed them without complaint, while a kind person does exactly the same thing but while wearing oversized glasses and skinny jeans.

I could be wrong but I don’t think I am.

There’s nothing inherently wrong with being nice and in fact I’m sure it comes in handy, mostly for the people around you.  I kid.  Being nice is very important.

I just don’t think “nice” is the very first word I’d want someone to describe me as. It should be on the list, even the top 5, but I don’t want it to be number one.  Which harkens back to the “he’s nice” comment from my sister. At the time all I could think was where are my running shoes because I need to get as far away in the other direction as quickly as possible.  How boring does a man have to be that the first word that pops into your head is “nice”.

But is he interesting? Is he a rule breaker? Is he smart, confident, funny, and complicated? Is he a thinker? A joker? A world class kartwheeler?  Doesn’t that sound more interesting than … nice?

Thinking about that is what led me to ask  a bunch of my family and friends what one word they’d use to describe me to a friend if they had to.  Only one word.  I got:

It was a dangerous game to play but I was curious.  Which by the way is one of the top 5 words I would use to describe myself.  Curious.  I would never have thought to pick some of the other words that people used to describe me but they all fit.    That’s if you realize Know-it-All actually means super-pretty.

Chances are all of these people would agree that I’m nice, it just wasn’t the first word they’d use to describe me.

And it isn’t the first thing I’d look for in a boyfriend either.  I’m interested in a little bit more than that.

I’ve matured a great deal because in high school the criteria would have been big muscles and can name all the members of Duran Duran.

Give it a shot this weekend.  If you’re feeling brave.  Ask your friends and family what single word they’d use to describe you.  And just hope and pray that they’ll be nice.