Home » My Life » My Family » Jamieson Tells a Story

I have a few friends helping me out with posts this week.

On Tuesday Shelly Leer (ModHomeEc) will be teaching you how to rewire a lamp, on Wednesday Lynne Knowlton (Design The Life You Want to Live) will teach you how to make the most of your Pinterest account and today, I have my friend Jamieson who is going to tell you a story.

Please give all of them a hearty Art of Doing Stuff welcome.

A big thank you to Karen for asking me to write this guest post. Firstly, because I appreciate her entrusting your attention to my keyboard, but mostly because I cannot count the number of unnecessary chores I have accomplished by avoiding this task. Now that I’ve finished sorting all of the screws from the nails, baked a dozen dozen cookies (yes, a gross of cookies) and have ironed the last set of guest bedsheets, I’m finally ready to get down to business so Karen can rest easy and let loose on her Joanie Loves Chachi fan cruise. 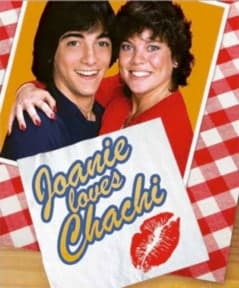 I thought I’d share with you an anecdote from my storied past. I say anecdote because it’s a story not important enough to be saved for the ages, but maybe you’d tell it when guesting on The Tonight Show though too long to share during the introductions segment on Jeopardy. I have spun this yarn a few times over the years, so it’s likely gained some “colour” with the telling, but I assure you it is based in truth. And hey, a little colour certainly didn’t hurt the television industry, so it serves us well here too.

Let’s start way back in the dark, dim ages of Nineteen Hundred and Ninety-Three. Regis was still chummy with Kathie Lee, and the Spin Doctors were ruling the radio. The Fresh Prince had yet to dump DJ Jazzy Jeff, and Marky Mark was still with his Funky Bunch and if you had suggested that either of those guys would someday be Oscar nominees you would have been a deserved target of ridicule. Of course you couldn’t have really shared those thoughts with much of the world anyway, since there was no texting, foursquaring, facebooking, tweeting, warbling, snarfing, etc etc. Yes, I realize that Justin Bieber was not yet born, but that is not germane to this story and frankly it’s hurtful that you would even bring it up as it makes me feel old. I think you get my point: it was a simpler time.

One day at lunch, my coworker Iona and I went to a nearby Middle Eastern restaurant for some falafel. If TV flashbacks are any indication, we probably had haircuts you would laugh at today. The joint was jumping as we ate our meal when suddenly we were witnessing a loud commotion at the service counter. The room fell silent with the exception of one angry Middle Eastern fellow yelling. 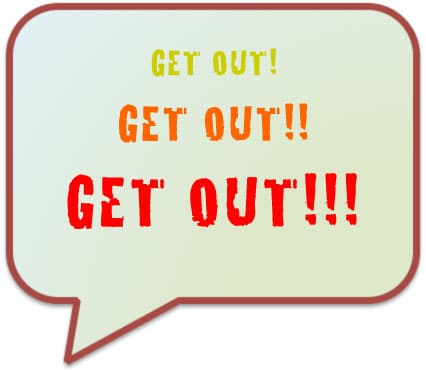 Seemingly apoplectic with rage, the owner of the restaurant was hustling a patron right past our table and out the front door, slamming it behind him. The customer, an unassuming business man, looked completely flummoxed, shocked by this almost violent turn of events. As is wont to happen in the big city, the room resumed its steady volume of chatter, though everyone was likely on the same topic now: what the hell was that all about? Did he steal? Did he sleep with the owner’s wife, daughter, son? Iona and I couldn’t agree on a suitable explanation for what unacceptable behaviour the businessman was guilty of and had no way of confirming anyway, so after telling everyone about it back at the office, we forgot about it. The End.

Just kidding, you deserve a better story than that. Fast forward a few months and Ace of Base had replaced Spin Doctors in everyone’s hearts and Frasier had replaced Cheers. It was a whole new – yet eerily similar – world. I stopped by the Middle Eastern restaurant for a takeout dinner. Happily, the Mad Owner wasn’t in sight. I placed my order with a quiet younger fellow working behind the counter. “We are out of cauliflower for the falafel plate,” he murmured. This bothered me not a whit because cauliflower is basically the beige mock-turtleneck of vegetables. Boring, flavourless, and textureless. I definitely wouldn’t miss cauliflower on my falafel plate, thanks. 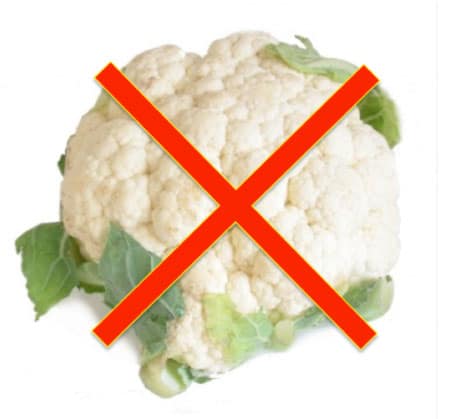 In fact, the opportunity for some extra fried eggplant in its place was a boon. “Could I please get more eggplant instead?” I asked. The fellow looked unsure but assented. Visions of extra fried eggplant danced in my head. And then suddenly the Mad Owner came racing from the back with his fist in the air, yelling “No! No extra eggplant!! If you don’t like it, you get out.” Confusion on my part, terror in the eyes of the cowering young guy behind the counter, so I started to explain the lack of cauliflower situation but was cut off immediately by the Mad Owner. I bet you can guess what he said next.

The inexplicable verbal attack was now happening to blameless little me! And as I was ushered out the door, I’m sure I had the same perplexed look on my face as our previous hero, the businessman and that evening’s patrons had the same quizzical and skeptical expressions. Now surely this did not happen only when I was a witness/victim. This guy was a crazy tyrant. A tyrant for falafel. So I had no falafel but I did have a weird story to share with friends. I rechristened the Mad Owner “Falafel Nazi”. 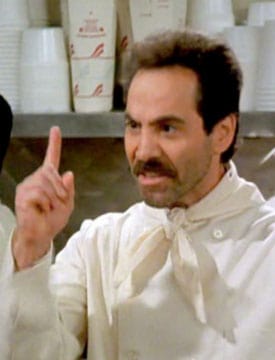 Now I can hear your clucking from here: I was copying the famous Seinfeld. Negatory! That character didn’t appear until November 1995, almost two years hence. Of this, I can assure you: I was ahead of my time, no colour necessary. Muddying the water however: they did look very much alike, to the point that I stood up and shouted at the TV when that episode first aired. Maybe a Seinfeld writer had eaten at this guy’s restaurant? We may never know.

Fast forward again, this time a few years. I had a new job and a new favourite sandwich place near my new office on the other side of the city. After much sandwich success they started offering two daily soups. Delicious blended soups. Wondrous, really. Everyone in the office talked about them and the freshly crafted sandwiches. Daily lineups ensued. I was so obsessed with the soups that I’d call in the morning to find out the selections for that day. Then a crazy thing happened: The Falafel Nazi showed up and opened a SOUP STAND right across the aisle from my favourite lunch shop, clear across town. My horrid Falafel Nazi had somehow morphed into an ACTUAL Soup Nazi and was in direct competition with my beloved soup peddler! 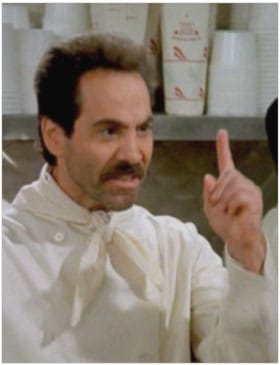 I told all of my friends the story about the crazy neo Soup- née Falafel Nazi. They were amused, but that didn’t stop most of them from patronizing his soup stand because they didn’t have to wait in the long lineup across the hall even if it was for a superior soup. I had to take action. Being a pacifist (pacifist agressivist, more like), I knew that the pen (keyboard) is mightier than the sword (sword). So I started a campaign to help my nice soup guy win out and in turn shut down the neo Soup Nazi. Every morning I called up my guy and he told me his soups of the day. I would then craft a basic email, colour coding the text based on the main ingredients for added zip. I even threw in some Zapf Dingbats to jazz things up. 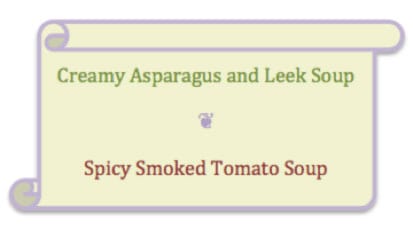 Then, I started a distribution list of folks in my department plus friends who worked in the building or close by. This soup was good stuff, so word traveled fast. Word spread exponentially, just like the classic shampoo commercial starring Heather Locklear’s hair:

After a couple of months the distro list had grown to well over 200 people and my plan was working: the Soup Nazi was getting almost no customers, while my Soup Nicey was once again doing gangbuster business. And a couple of months after that, the Soup Nazi slunk away to whatever mean cave he crawled out of. And I let out a big whoop and a ceremonial…

And that, my friends, is the story of how I invented Yelp. 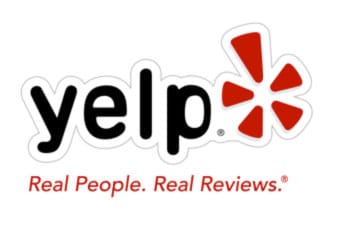 [Too much creative colour?]