Every Halloween I have the exact same conversation with myself.  I say “Myself.  You are NOT going to carve an elaborate pumpkin again.  You are going to carve a normal pumpkin with triangle eyes and a carrot for a nose and a corn cob pipe.  Or whatever.”  I argue it’s too time consuming, too much pressure and a waste of several hours that could be spent watching MasterChef Australia.

And then I go out, buy a pumpkin and spend the better part of a day carving it.  I never EVER win arguments with myself.

I’m having the very same argument with myself at this very moment.  So my goal this year is to come up with something that’s as impressive as my sculpted pumpkins, but half the effort.  Carving a Papaya perhaps.

Until then, I leave you with the pumpkin I carved last year.  I normally just start with no real idea in my head and let the shape of the pumpkin sort of guide how the carved face looks.  But last year I came across a pumpkin on the Internet I loved so much I used it for inspiration.

I can’t find the picture again to link to it, but to be perfectly honest with you I wouldn’t link to it anyway because theirs was so much better than mine.  So there.

I started off with an oblong shaped pumpkin with a great steam that curved down onto the pumpkin.  (the one on the right)  Sorry for the horrid pictures, they’re just quick shots I took with my iPhone last year. 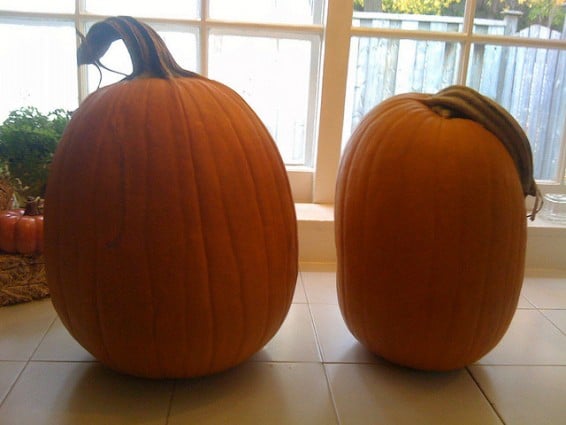 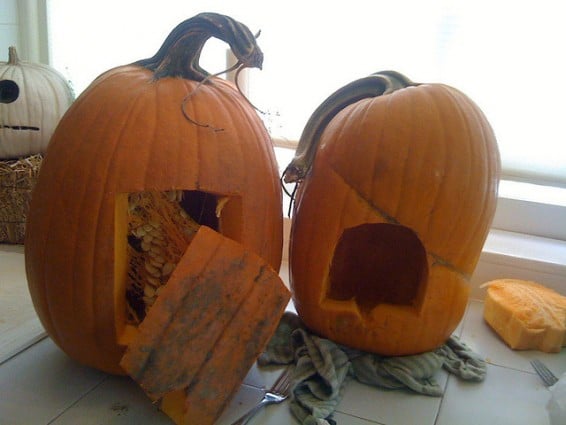 And then I start carving.  First scraping off the skin of the pumpkin with this tool, and then carving with a variety of other tools including my fingernails. 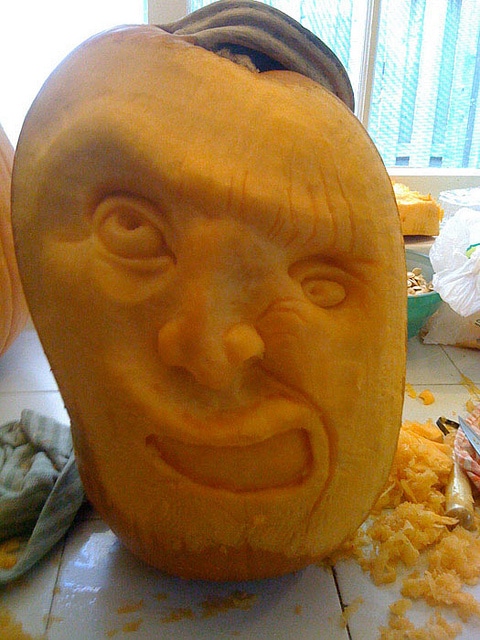 By the time I got around to taking a picture of the completed pumpkin it had been carved for over a day so it was getting a bit dried out and wrinkly.  Sadly, pumpkins age at about the same rate as a methhead.  So, it’s not in its best condition, but you get the idea. 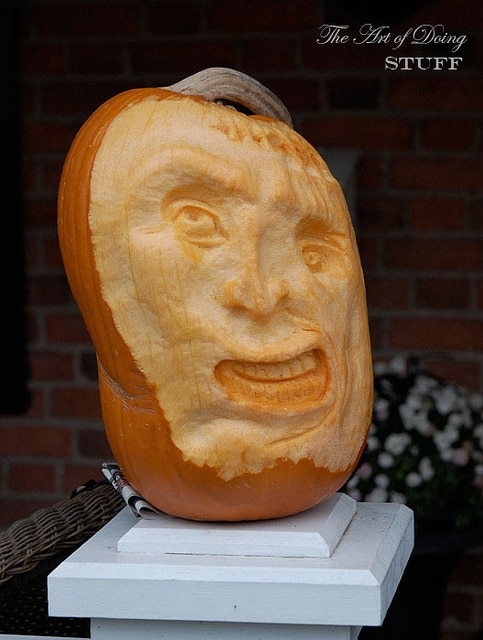 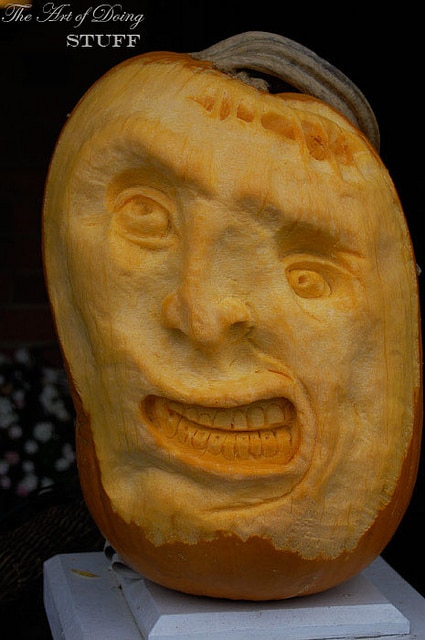 Looking at it, with its rotting teeth, the pumpkin actually kind of looks like a methhead.  Which has given me an idea.  Forget carving a Papaya.   This  year I’m just going to sit a methhead on my front porch.