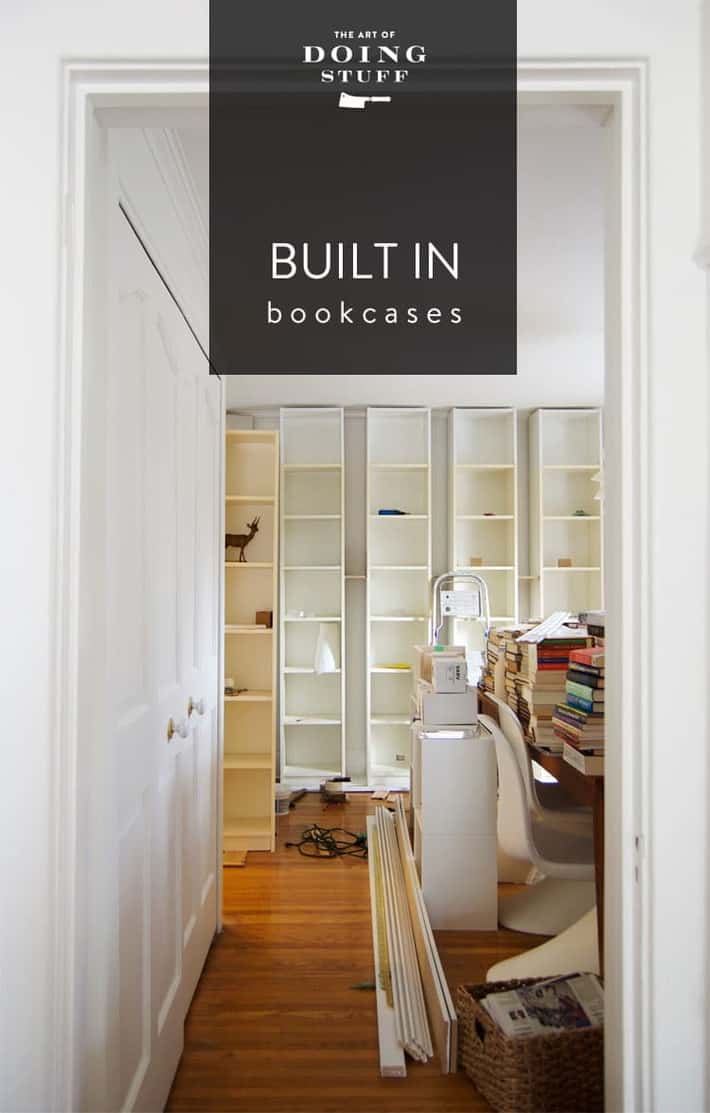 Step 4.  Lean a little to the left to see if that makes bookcases look straight.

Step 6.  Measure spaces in between bookcases so they're evenly spaced.

Step 7.  Marvel at how even though they're all on the same floor, and evenly spaced, each bookcase is still leaning in a different direction.

Step 10. Stand back and stare at bookcases guessing if maybe they might be straight.

Step 13.  Drink more. Eat a jelly bean you found in the corner, nestled in cat hair.

Step 14.  Drunk call your friend in a panic to make sure she knows how GREAT jelly beans are.

Step 15.  Drink again.  Realize this would all be going much more smoothly if you were wearing a bathing suit.

Step 18.  Stare at bookcases again, wonder why you ever thought they were crooked.  They look perfectly straight.

Step 20. Stand on your front porch to get some air.  Wave at neighbours who are pointing at your barfy bathing suit. Fall into bush. 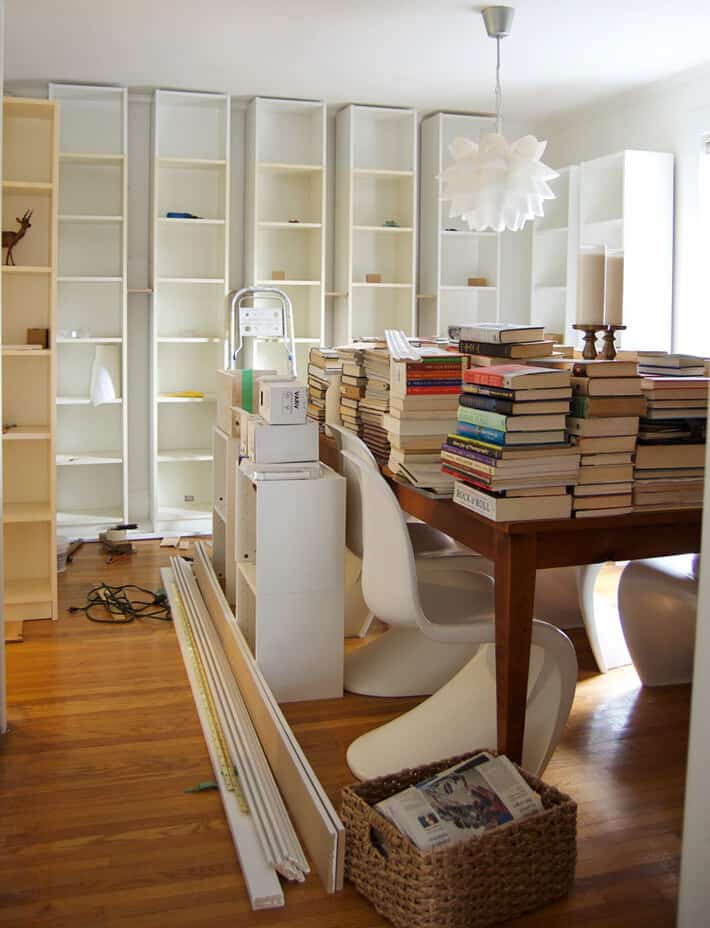 On the upside I've decided if I never get these bookcases done I actually really like how all my books look just stacked on the dining room table.

Now's probably a good time to announce that installing built-in bookcases isn't as easy as I've made it sound.  It's hard.

It isn't a matter of just attaching them to the wall and adding trim to them.  Well it is actually, but that's a lot harder than it sounds. 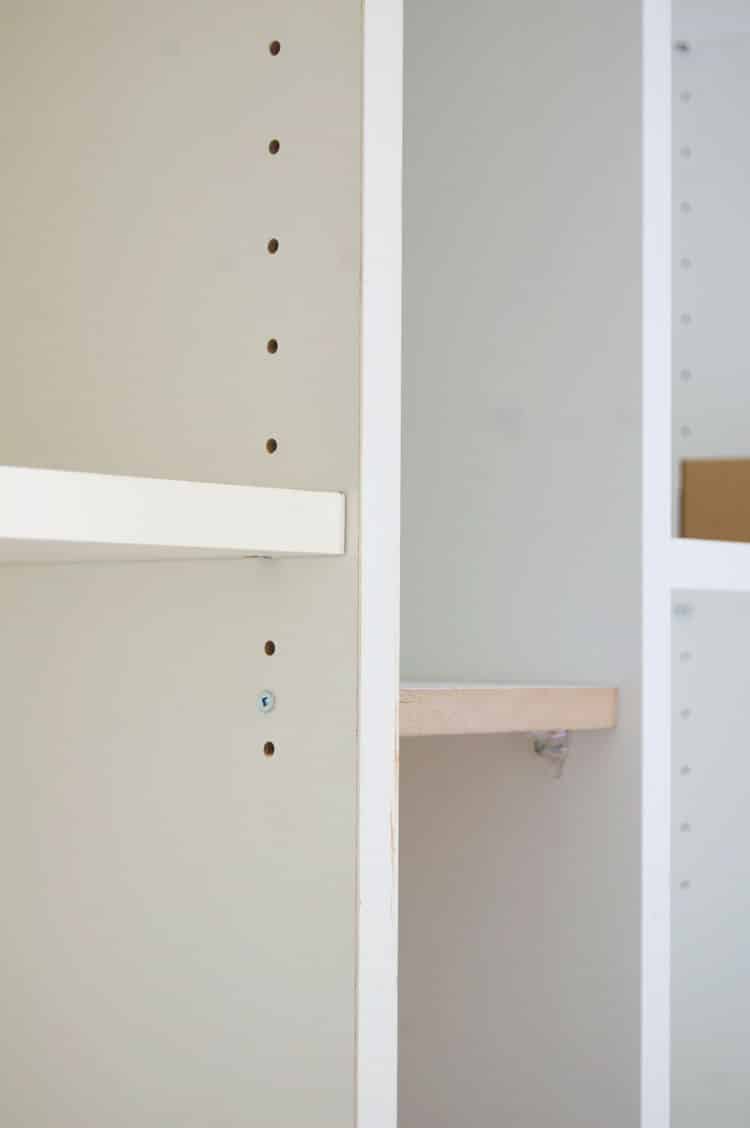 Once they're attached to the wall it's a good idea to attach all the bookcases to each other to keep them from twisting and moving.  It'll just stabilize them.  If your bookcases are tight to each other all of this is much easier and you can just screw right through them, but if your bookcases are spaced apart like mine are, you'll have to add some wood in between the cases and screw it into place.  This will keep everything from shifting when you drop kick them out of anger for being so disagreeable.

At this point my goal is to get these bookcases done before December 1st because December 1st is traditionally the day I do all of my interior Christmas decorating.   It's the last step to getting ready for Christmas.

I thought it would be superhandy if I wrote a list of what I had to do to finish the project and posted it here on the blog so if I ever became unsure of what my next step was I could just head to my computer, type in my web address and then click on the Pinterest button in the upper righthand corner and browse for how to make a nice herringbone noose. 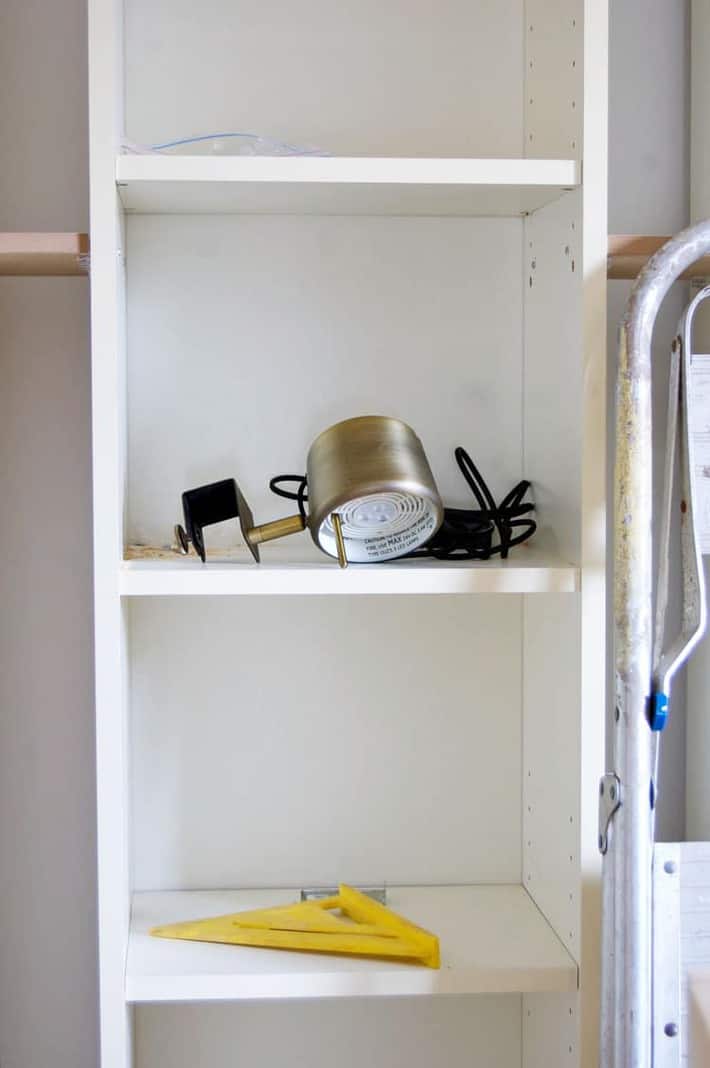 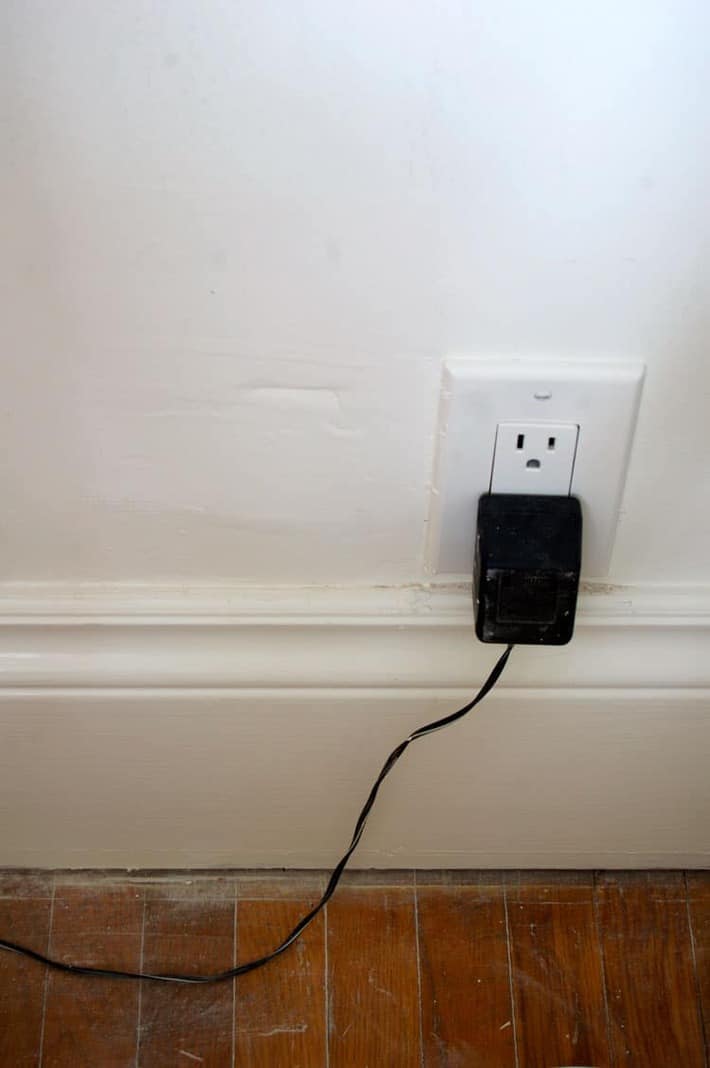 The last step "Do a bunch of other stuff" is referring to things that will have to be done that I either can't predict or don't want to even think about.  Like moving an electrical plug 3 inches, which I had to do earlier on in the installation.  Yes. I had to move an electrical plug by 3 inches to make it work for my bookcase configuration.  Which wouldn't have been too huge a job if it weren't for the fact that in the middle of those 3 inches there was a support beam.  That meant I had to cut a big hole out of the drywall and the plaster and lathe behind it so I could access the beam with a drill, so I could drill a hole through it to run the electrical wire to the other side of it.  So, yeah.  Total bathing suit situation.

The patch job to the left of the plug is almost done, it just needs one more coat of drywall compound.

Right now, at this very moment I'm feeling very much like this is a disaster.  Partly because I just haven't had time to devote to this project, partly because my December 1st deadline is quickly closing in and partly because well, have you SEEN the pictures.  The whole job looks like a total disaster.  But most jobs do when you're in the middle of them.

Until just this moment I was feeling weird about that fact that I once made over my entire house in one month.  Why am I having such trouble with this?  I just realized.  I wasn't working during that month. I was a television host in between hosting jobs and I had every minute of every day to devote to getting it finished.  Plus I didn't have chickens or 3 large vegetable gardens or a blog.  As opposed to now when I'm running a business single-handedly like an idiot, dealing with the gardens and keeping a bunch of chickens alive.

So now I don't feel quite so bad about it.  Especially not when you consider I have ... wait ... hold on ... how many days does November have?  It's not one of those weird short months is it?  Hold on a second while I say the rhyme ...  "30 Days have Novem ...."  ARGHADLKABHIGHHH.  Just a second, maybe if I say it while wearing my bathing suit it'll sound different.

Here I sit at my desk wearing my bathing suit and November is still only 30 days.  I have 5 days left to finish installing built in bookcases. And I will be working on the blog 3 of those days.