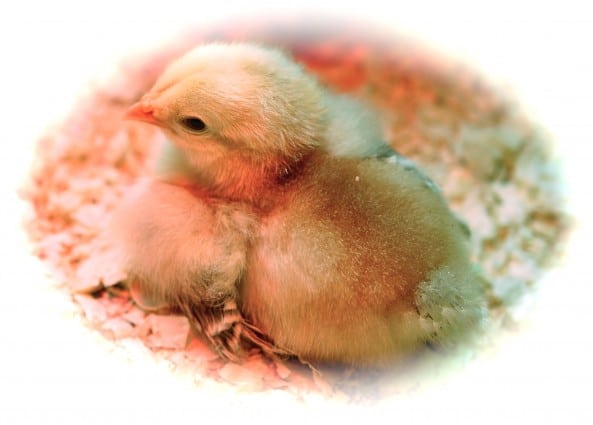 After a week long battle with an upper respiratory infection, little Lucky succumbed to his illness.  He died in my hands at 8:00 p.m. Wednesday, May 4th.  We did everything we could for Lucky.  We got him antibiotics and vitamins and his own cozy warming lamp.  We made sure he ate and drank and was comfortable.  But despite our best efforts, little Lucky died.   He will be greatly missed.

Lucky was sickly from the moment we got him.  He was weak and small and fragile.  We knew he didn’t stand much of a chance.  So we named him Lucky, knowing if he did survive,  it would be the most fitting name in the world.

Since I got my chickens I’ve found myself wishing my Dad could have lived long enough to see them.  Nobody would have loved them more than him.  Norm loved animals and he always bought farm fresh eggs.  Even before it was cool.  Norm didn’t much care about being cool.

He would have been thrilled that I owned my own chickens.

It’s kind of fitting really when you think about it.   Consider Lucky my birthday gift to you dear old dad.   Happy Birthday.  Watch out Lucky.  He’s a little gruff.

I leave you this weekend with this thought.  If you’re thinking of getting baby chicks.  Remember Lucky.   It’s not all eggs and fluffy feathers.