I Experimented With Paleo.

Firstly I need to tell you that I’m starving. STARVING TO DEATH. I am one calorie shy from starring in my own commercial with flies buzzing around my face.

The fella has embarked on another “meal plan”. You may remember me from the last meal plan. In case you don’t … this is me during his last meal plan. 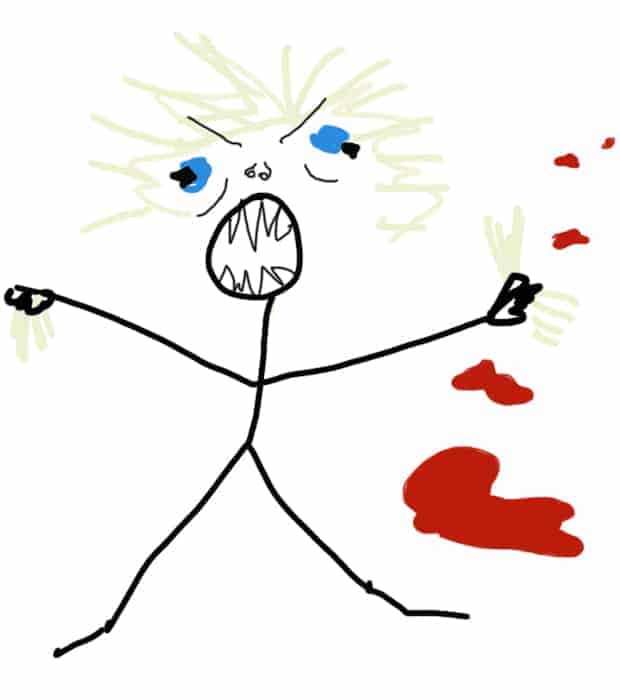 Last time the meal plan was “Whole Foods”.  Not the grocery store.  Cooking with actual ingredients.  Nothing processed, nothing pre-made.  Which was astonishingly annoying considering I pretty much cook whole foods anyway. But it was weird recipes with weird ingredients and there were rules. I do NOT like rules when I’m cooking. But his Crossfit gym was going on a meal plan and he wanted to take part.

FOR TWO MONTHS. Two months of eating food I didn’t like. TWO MONTHS. By the end of it I had resorted to sucking on the hem of my pjamas and praying for the end.

That was 2 years ago.

I believe it took the fella 2 years to gather up the nerve to ask me to do a “meal plan” again.

This time, it’s Paleo. Which I hate. Now, to be fair to all of the people who love Paleo, if it’s working for you that’s great. Truly.  That mean’s it’s good for you. People who are Paleo are hardcore Paleoites. They love it, they live it, it works for them.

It does not work for me.

For one thing I like cheese. And bread. And toast. And stuffing. But the fella wanted to try Paleo so being the loving not-wife that I am, I’m doing the best I can to meet his needs.

I should take a moment here to describe what Paleo is. Which is difficult because even people who eat Paleo don’t really agree on what’s Paleo.

Basically it’s a meal plan that’s based on eating what a caveman would have eaten. So that means wild game, organ meats and vegetables. No grain, no potatoes, no legumes, no dairy. I’m not sure what the exact reasoning is behind it but the basic thought is our bodies are bred to eat what our caveman ancestors ate. Which I agree with to an extent. Just not the extent that would prevent me from eating bread. And toast. And stuffing.

And I’m gonna be honest with you.  I’m suspicious of anything that hasn’t been documented with an iPhone.  Who’s to say they weren’t eating Jelly Belly’s and deep fried corn dogs?  We don’t know.  Instagram wasn’t even invented then.

As someone who loves to cook and experiment with meals I find Paleo too restrictive. Please don’t yell at me Paleo people. I know you love Paleo and you’re allowed. I’m just talking about what’s right for me. The thought of not being able to throw some flour in a mound on the counter, crack some eggs and olive oil into it and make fresh pasta makes me all wiggly. And a little bit anxious.

So there you have a very brief, not at all well rounded explanation of Paleo.

Modern day Paleoites find getting their hands on wild game a bit difficult these days so they eat other meat. It’s supposed to be lean cuts of meat but you can’t take all the fun out of eating so most people who eat Paleo make exceptions and eat things like bacon, steaks and pork chops along with fresh vegetables, fruit and nuts. No cheese, grains, alcohol, coffee or dairy. Although I’ve yet to meet a Paleo person that doesn’t have a coffee every once in a while. Can’t blame them.

SO … let’s get back to the fella and this meal plan. He started it on January 1st and has been going strong ever since. That man has willpower. I do not. However, since I’m the one making dinner every night and I’m not about to make 2 dinners every night I’m eating Paleo for dinner too. Of course in between dinner one night and dinner the next night, I’m eating “not Paleo”.

BUT I’M STILL STARVING.  I swear to you I am.  I’m pretty hungry at the very least.  It’s because of the water wings. The ones growing on my back. The ones threatening to grow on my knees. You see. I need to lose 6 pounds or so. And this half heartedly eating Paleo thing seems to be …  working.

Which isn’t a shock. Take grains, potatoes, dairy, and cheese out of one’s diet and even someone with an enormous thyroid condition would lose weight.

The big plus of Paleo is bacon. Which technically should only be eaten every once in a while but if you were to take advantage of the bacon allowance, then you could in fact gain weight on Paleo I suppose.

I guess I’m not actually all that starving to be honest.  I’m missing potato chips.  And cheese.  And toast with real peanut butter not “my favourite nut butter”.  And tortellini en brodo and beets with goat’s cheese crumbled over top.

Even lie about what’s actually in his meals.  You think carrot soup *really* taste that good without a cup of cream?  Pfttt.

Sucker.  Never again I said 2 years ago.  And I meant it.

My first Paleo  Meal of the Week … coming up in tomorrow’s post.  And yes.  It really is Paleo.

Curious about how the first meal plan went?  Read about that debacle here in the post “I love you so much you make me sick“.