Medic! Dealing with a Chicken Fight.

Recipe for a Blood Bath

Within 2-5 minutes you’ll have yourself a blood bath. 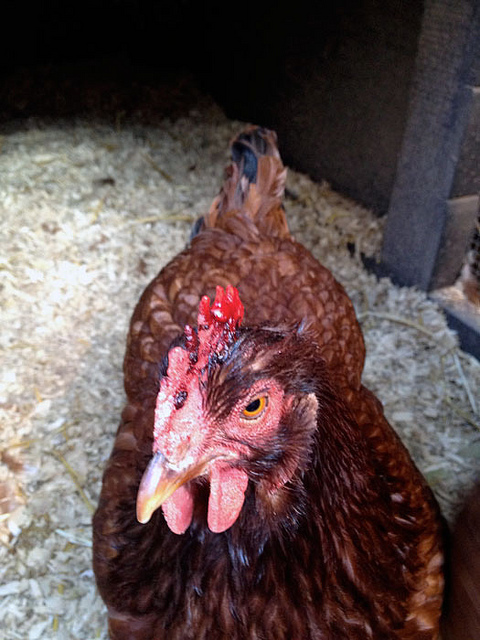 The blood was dripping down her little chicken face and she’d shake her head to get it off.  Other than the annoyance of it all, she seemed pretty unperturbed.  I, on the other hand started to shake uncontrollably and make weird squeaking sounds.

I become an emotional cripple when I can’t keep a strand of hair out of my eyes let alone chicken blood.  She was a stronger bird than I, that Walnut. Plus I named her after the size of her brain, so …

Now, chickens for those of you who don’t know … are attracted to blood the same way a shark is.  Or a UFC fighter.  So I knew I had to get the bleeding to stop before the other chickens pecked at her head until they killed her.  No joke.

I also knew it was so cold out that Walnut’s constantly wet comb would get frostbite.

The worst part was I had no idea where the blood was coming from.  I knew it was the general head/comb area but couldn’t pinpoint it.

So into the mudroom came Walnut. 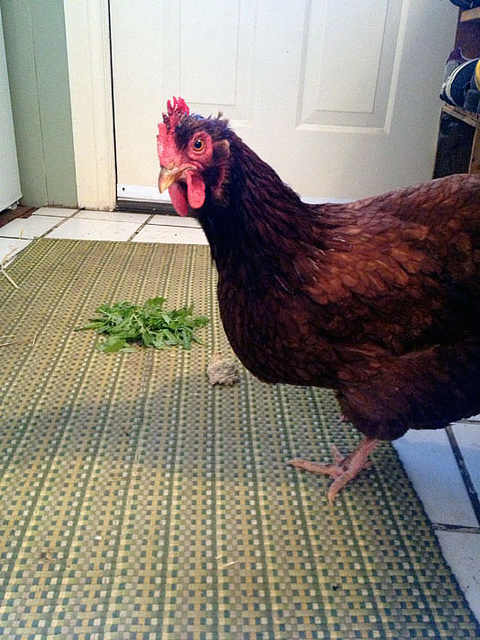 Then into the kitchen wandered Walnut. 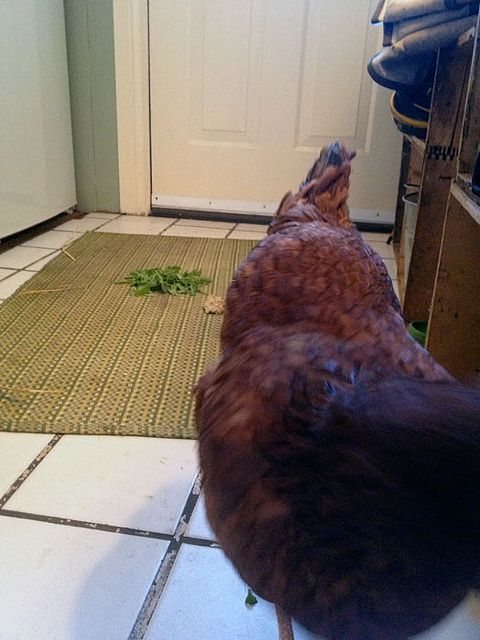 Then onto my lap  wandered Walnut. 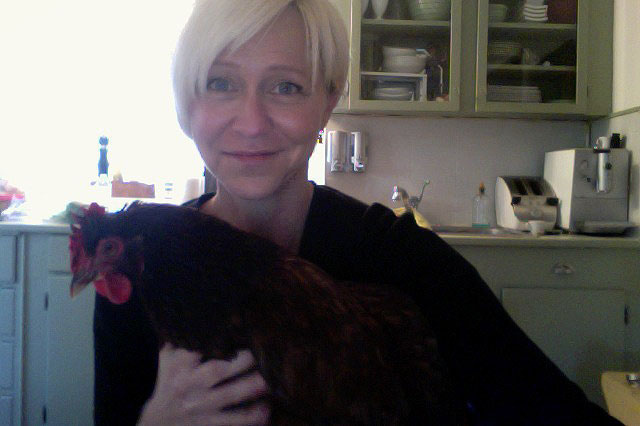 We hung out for a bit and I cleaned up her comb as best I could.  Turns out chickens don’t clot the way humans do.  How indescribably gross is that word by the way?  Clot.  Its grossness only surpassed by the mother of all gross words, “panties”.

So Walnut just kept bleeding and bleeding.  I had to be really careful when cleaning her comb so I didn’t wipe off any blood that had actually started to form a scab.  Yes.  I had to be acutely aware of clotty scabs.

For the record, this is indeed the sort of thing you’ll have to deal with if you get chickens.  You have been notified.

I dusted the injured area with a few shots of cornstarch to help stop the bleeding.  Again, it was the whole general area I dusted because I still couldn’t find the actual location of the bleeding. 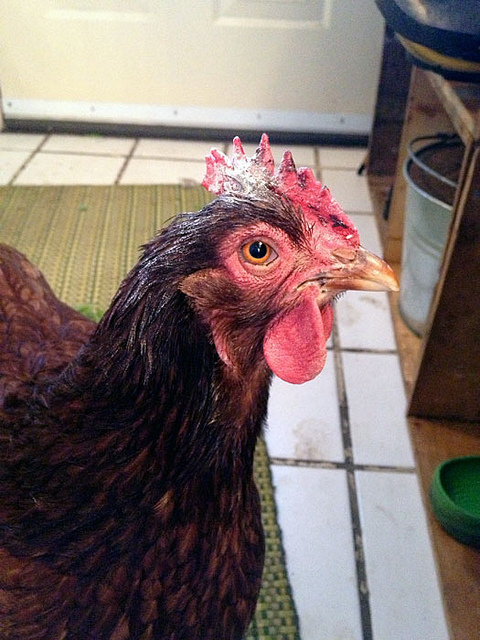 Then I sent her on her way before she pooped in the house.  I got her set up in the far end of the coop with her own water and food, separated from the lurking chicken zombies by a spare screen door. 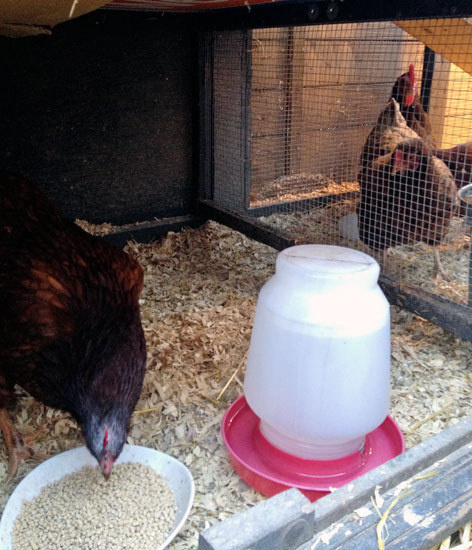 I had to go out a couple of more times over the course of the day to dry her comb and spray it with cornstarch.  I changed all the lights in my coop to red heat lamps to disguise the blood and let her go to bed with the rest of the chickens.  At around midnight I went out and gave her another poof of cornstarch and hoped for the best in the morning.

It’s been a week now and Walnut’s comb still has dried blood on it but none of the other chickens have bothered her.  She stopped bleeding and continues to live her normal chicken life.

If I could just get her to stop scratching at the back door things would be right back to normal.

So what did I take away from this frightening and eye opening health scare?

Chickens could TOTALLY be indoor pets.