Last year it was installing a new floor in the kitchen which led to a complete kitchen renovation, the year before it was ripping out the front yard to put in a vegetable garden and the year before that it was building a chicken coop.

It just occurred to me that all of these big projects recently have revolved in some way around my belly.  That bottomless pit of want.  I fancied up the kitchen, created a place to grow food and built a house so I could have birds squeeze out even more food.

And this year is no different. 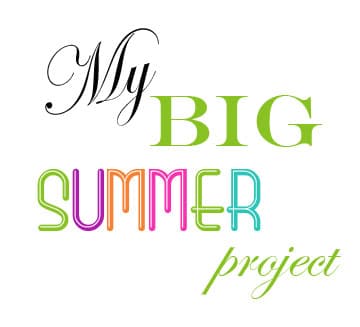 I mentioned many, MANY months ago, maybe even years ago on Facebook that I was beginning to be obsessed with building a pizza oven.  Now, here’s something you should know about me.  Once I get something in my head it doesn’t leave my head until it’s completed. In other words if I think I should maybe build a pizza oven, I can’t eat, drink, sleep or belly dance until I have built that pizza oven.

Here’s another something you need to know about me.    I’m a liar.  I think I’ve mentioned that before actually.

Because this year’s big summer project?  Is already done.  I completed the pizza oven last summer.  As soon as the fella left I started building a pizza oven.  It gave me something to do and something quite physical.  It involves smashing, pounding and stomping so it’s really the perfect break up project.

Over the next 4 days I’m going to teach you how you can build your very own pizza oven using backyard clay, sand and straw.

Those are the 3 basics ingredients of Cob.  Which is what we’ll be using as our building material. You’ll notice I say “We”. That’s because I’m convinced there’s going to be at least one of you out there who will be compelled to build a pizza oven after reading this series of posts.

Cob has been used as a building material forever and it’s what those cute little cottages with thatched roofs in England are built out of. Cob with a layer of a lime plaster over top.

If you already know you’re seriously considering building a cob pizza oven I’m going to recommend you buy a book right now.  I bought the book, many people who have decided to build a pizza oven have bought the book and there is no greater reference manual for it.

Build Your Own Earth Oven by Kiko Denzer is the pizza/wood fired oven bible.  My copy is currently covered in clay, fingerprints and kisses.

The actual instructions on how to do this will start tomorrow, but in case you aren’t convinced you need a pizza oven, take a look at my oven. 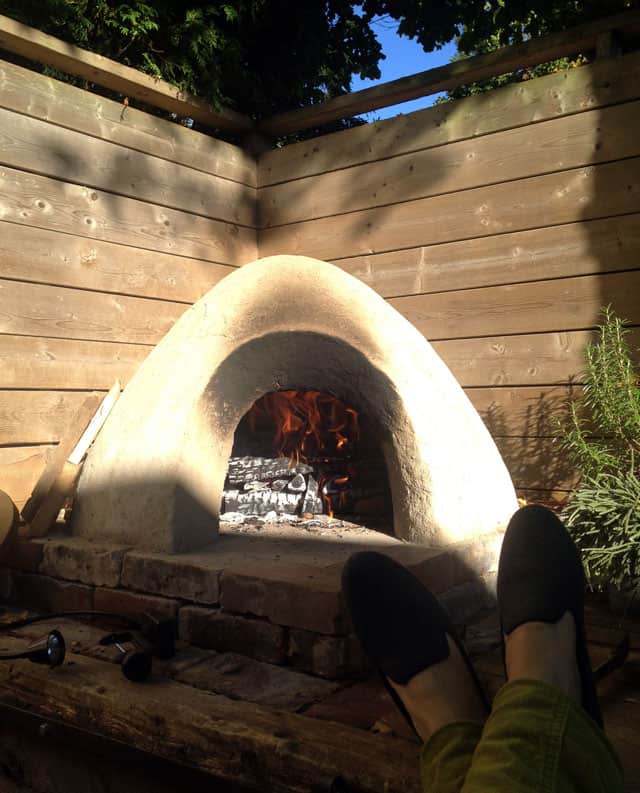 It’s warm and cozy in the fall, fun and sparky in the spring, and filled with pizzas all year long. Even the winter. Yes. Winter. I’ve also filled mine with homemade bread, sausages, chicken, rhubarb crisp, roasted potatoes, asparagus and even rice pudding. Many of those things all at once.

Wood burning ovens like this lend themselves to succession cooking. First you put in the things that are cooked hot and fast like pizza, then in goes the roast, the bread and finish up with a pie. When everything is cooked you can put some wood in the warm oven and leave it overnight for some kiln dried wood. Other than complex equations there isn’t much a wood burning oven can’t do.

In tomorrow’s post I’ll give giving you the list of materials you need,  where I got mine for free, and how to build the initial “form” of your oven.

In case you don’t think it’s worth your time because you don’t really like pizza, keep this in  mind.  Last winter I trudged through the falling snow to where my wood fired oven was warm and crackling.  I threw in a couple of loaves of homemade sourdough bread.  Half an hour or so later, in the quiet that only a snow covered winter day can achieve, I scraped a wood breadboard over the rough surface of the fire bricks and pulled out two hot, crusty loaves of fresh bread.

The other night I started a fire in the oven and cooked my entire dinner. I threw in sausages, a whole chicken breast, asparagus, baby potatoes and a rhubarb crisp.

It all came out perfectly.

If THAT doesn’t convince you then I’m sorry to have wasted your time and I’ll let you get back to R2D2 and the rest of the robots.