Home » Everything Else » My First Official Act as a Bogs Ambassador

My First Official Act as a Bogs Ambassador

If you were around these parts yesterday you were here for the big announcement that I have become a Bogs Ambassador.

As the Bogs Ambassador, I have no duties. None. Whatsoever.

Which leaves me with a lot of time on my hands.

So I made up an official act.

Today, you shall bear witness to my very first official act as a Bogs Ambassador. 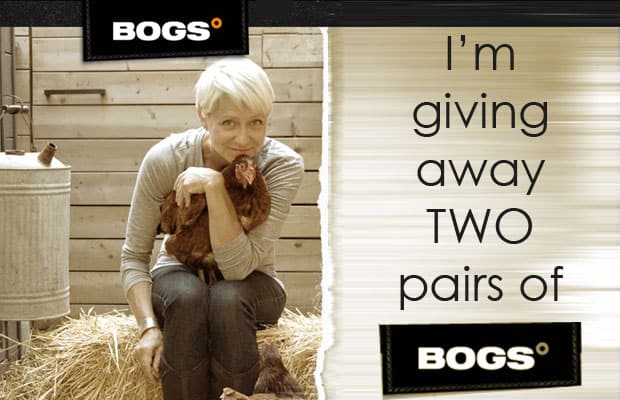 You can’t see it, but I’m carrying a sceptre right now. I realize that’s more of a royalty thing than Ambassador thing, but I had to improvise because I don’t know what an Ambassador carries. Other than a chicken.

YES!  I AM GIVING AWAY TWO PAIRS OF BOGS BOOTS.  So if you don’t win a pair the first go round, you STILL have a chance to win on the second drawing!

Wanna win a pair of Bogs boots courtesy of me and the fine folks at Bogs in celebration of my Ambassadorship?

All you have to do is go to the Bogs website and pick out a pair.  Any pair you want.  Personally my fave. is the Classic High Handle.

If you’re in Canada go to the Bogs Canada Website.

If you’re in the US, go to the Bogs US website.

Then come back here and tell me which pair you’d choose if you won in the comment section.

Make sure to check back on  Wednesday, October 10th when the 2 winners will be announced. Altogether now … Thank you BOGS!

Sorry, contest open only to those in North America.