Many, many, MANY years ago I hosted a TV show in Canada called Designer Superstar Challenge.   It was a competition show that pitted interior decorators and designers against each other through a series of design challenges.  The last designer left standing, won.

Most often that was the person who opted not to work with chintz.  The person who decided to work with chintz didn’t win the show.  They did however get their own series.  That’s what this crazy, madcap world of television is like.   I have no idea what happened to the winner.  They’re either heading their own design firm in NYC or mixing countless cans of Bar Harbor Beige at a Benjamin Moore store.  Dunno. 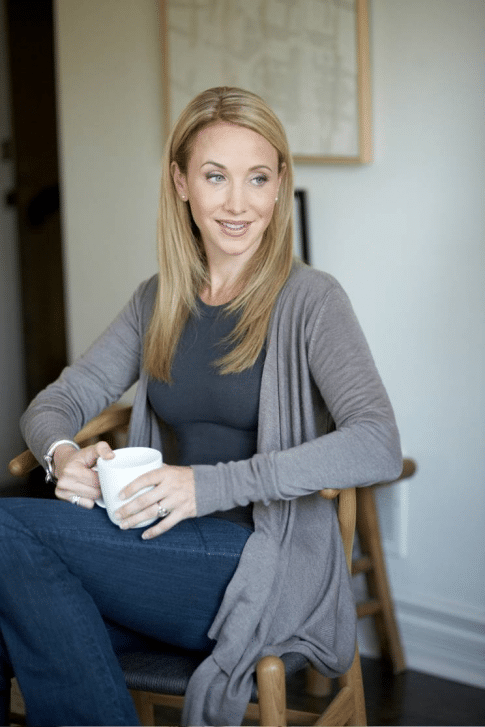 One of the judges on Designer Superstar Challenge was an up and coming magazine editor.  Suzanne Dimma was the home design editor for the new (and now defunct) Wish magazine.  She had zip that girl.  And spark.  And really white teeth.  Seriously.  If they were any whiter they’d have been clear.

If you’re new to my blog get used to the fibbing.  I lie all the time.  The good news is, I usually tell you about it. 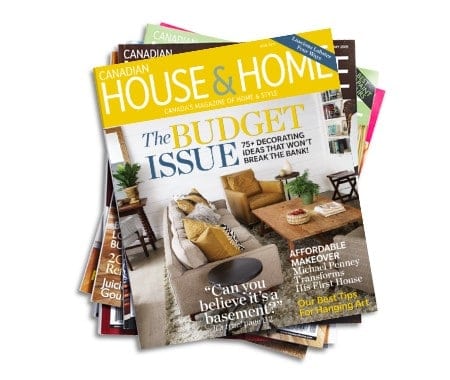 So I called up Ms. Dimma a few weeks ago and asked her what was in store for Spring/Summer trends.

Being the Editor-in-Chief of a decorating magazine she was full of information and insights regarding the world of design.  I have no doubt if I’d asked her about time travel she wouldn’t have been able to help me at all.  As luck would have it … I asked her about design trends.

Before we get into it, I also wanted to let you know that the reason I spoke with Suzanne about design trends was only partially based on the fact that she’s the Editor-in-Chief of a decorating magazine.  The truth is she just has great taste.  Every room in her home is something I look at and think, WOW.  This is perfect.  It’s everything I think a room should be.

And you know why her rooms look so great?  Because they don’t look decorated.  Most shockingly, they look like she actually lives there.  They look like they’re full of stuff she loves and it all happens to go together perfectly even if it doesn’t.   Does that make any sense?  Anyhow, that’s why I picked her to talk to. 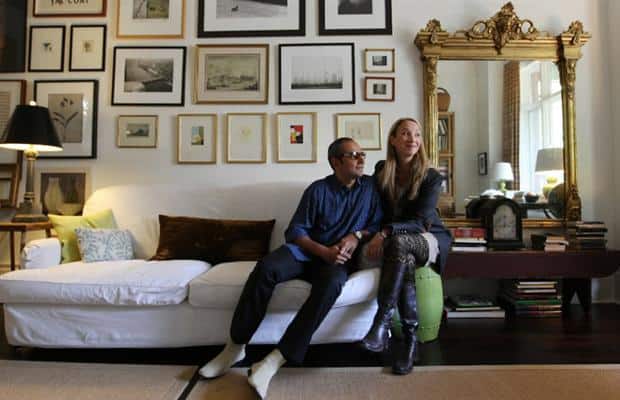 Here’s what she said:   (my questions are in bold, her answers are below … you know, in case you lost your brain in some sort of lobotomy procedure)

My house is all white but I still like to add colour through accessories and general stuff.    What’s the hot colour for this season?

A deep exotic blue was the colour of the year when we put out House & Home’s annual trends issue back in January.  It’s still going strong for this season.  But I’m also seeing a lighter (but still bold) teal blue/green in accessories.  So it seems that various shades of blue and blue-green are still hot this spring.  Personally I’ve been itching to introduce a soft blush somewhere in my house. 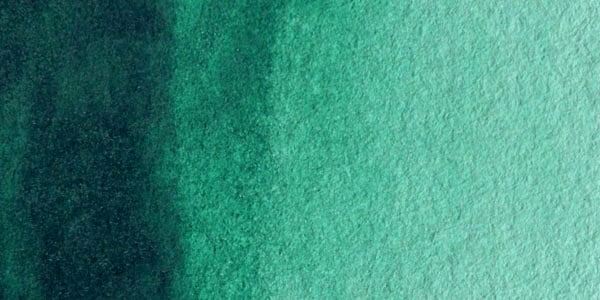 (Well isn’t that just like an Editor-in-Chief to say what’s in style for the moment then declare she’d like to go with something completely different.  She probably accented with teal last year.)

I did a little spring cleaning during our last snow storm.  What do you recommend for freshening up the house for spring/summer?

I’m a bit of an organization junky so #1 on my list is purge and re-organize.  Clean out your closets, your drawers and bookcases.  Sell or give items away to charity and you’ll gain space.  Who doesn’t need extra space?!

#4 on the list is send Karen presents.  This create’s good karma which in turn makes your house more welcoming.  Snicker. Suzanne didn’t really include #4 in her list, but I bet once she reads it she’ll think it’s a fantastic idea and will probably amend her original list. So let’s just go with it.

Um, no.  Although Moroccan style tiles are big.  Like these from Ann Sacks: 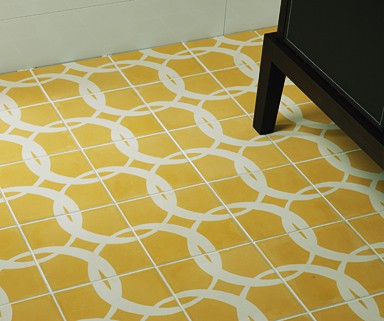 In fact, a persistent general design trend is pattern for the floor, according to Suzanne. 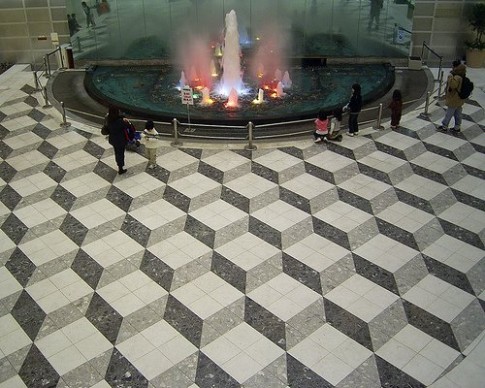 Via Manolo for the Home 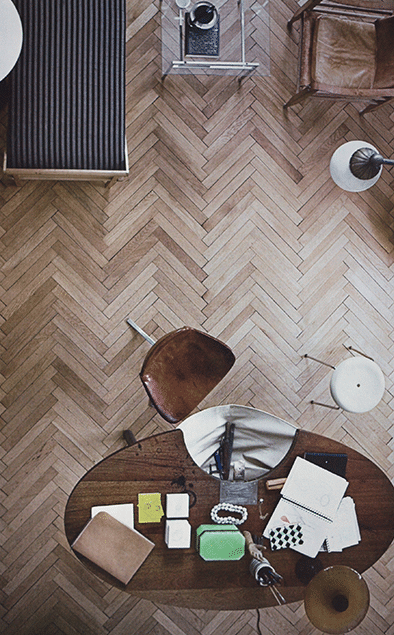 Via Veneer Designs, by way of Convoy 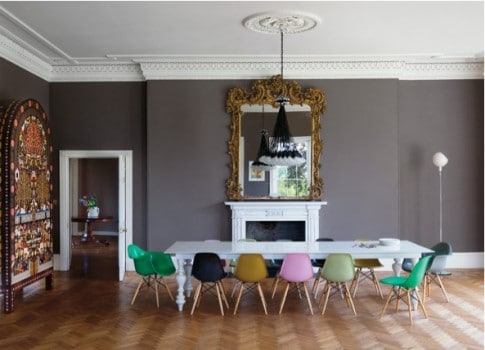 … and subway tiles are here to stay but with an update by using dark grout. 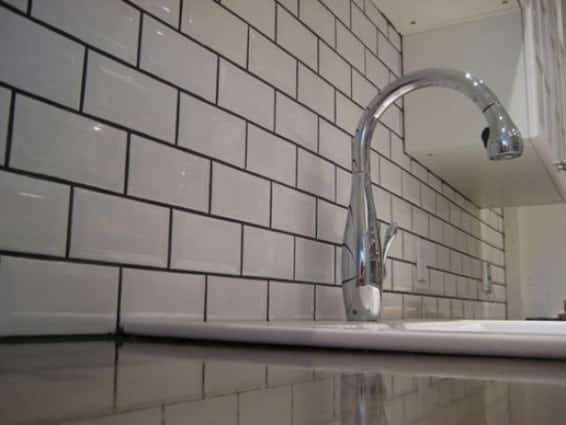 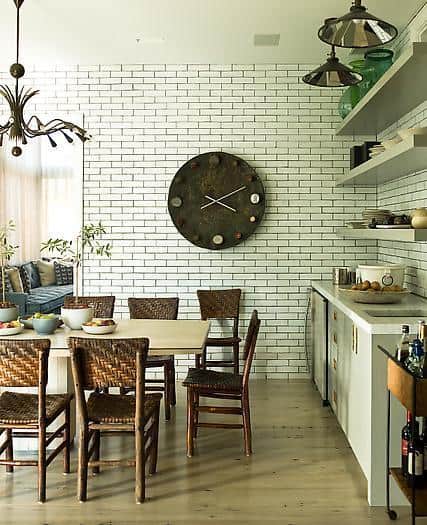 Finally, Suzanne, what can we go out and buy right now that won’t cost a fortune but will update our house in an instant?

There are so many!  It’s too hard to pick just one!  These are a few of my favourites: 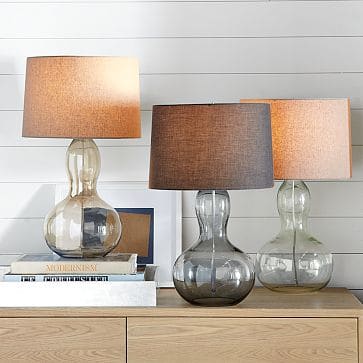 I … Karen … personally LOVE these Gourd lamps Via West Elm 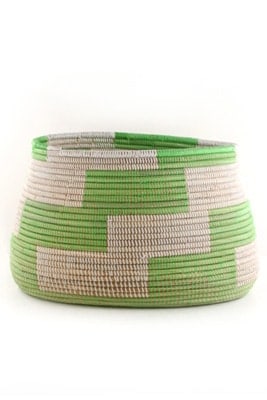 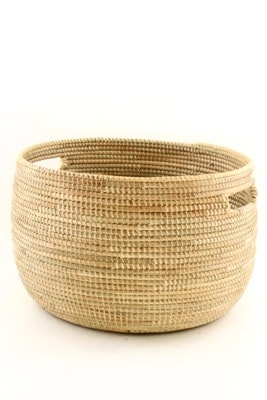 In closing, I’d like to brag a little and say I have all of these trends in my house already.   Other than the African baskets.  And the subway tiles with black grout. And the herringbone floors, the Escher tiles and the Moroccan inspired tiles.  And the teal blue accessories.

Which leaves me with the clear glass lamps and the gold leaf accent table.

But it’s a start.  And that’s where it all starts with design, right?  It starts at the beginning.

That didn’t make any sense at all.  I’m tired and I’m sick of writing this post.  And THAT is not a lie.

Many thanks to Suzanne Dimma for putting up with my crap both in this post and over the 3 (4?) seasons of Designer Superstar Challenge on HGTV.