Home » My Life » Random Stuff » New Years Resolutions. Let’s get some realistic goals shall we? Like home surgery.

New Years Resolutions. Let’s get some realistic goals shall we? Like home surgery. 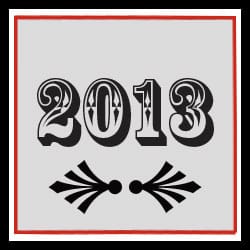 As you may  have noticed, we have entered the New Year.

The fella and I personally, rolled into it fairly quietly as we normally do.  I, because I hate forced fun, and he because he’s not allowed to have forced fun without me.  So we sat around, played our yearly scratch and win ticket, laughed and complained about a variety of things while flipping relentlessly between a movie and Times Square coverage of ringing in the New Year.

We put a movie on and the fella started snoring immediately.     The most entertaining part of my night was when he tooted in his sleep then smiled like a baby.

I find New Year’s Eve very depressing really.   Sadly depressing.  Bring on the pills depressing.  You know that horrible feeling you got when you were little and home sick?  And it was weird to be home during a school day because talk radio was on and the television channels were filled with soap operas and their strange whisper voices and clickity clack heels?

No?  Well … anyway …  that’s the feeling I get at New Years.  And so I eat potato chips.  And kielbasa.  And Gingerbread cookies. And cream puffs.  I don’t even like cream puffs, but when you buy a suitcase full of them from Costco and realize they do INDEED have an expiry date, you tend to eat them.  Especially if it’s New Years and you haven’t grocery shopped since before Christmas and the only thing left in the fridge other than cream puffs is a blob of leftover icing from cookie decorating.  Which come to think of it, you ate for dinner last night.

So in addition to laughing and complaining, we discussed how I was going to get rid of the water wings that seem to have grown on my back.  My first thought was to do a DIY on cutting out back fat.  Preferably with something I could find in my kitchen utensil drawer.  Like a scalpel, or cleaver, or meat thermometer.  But that seemed unreasonable when I remembered the fella didn’t know how to sew, so I’d have no one to “close” for me.

The thought of trying to sew myself up by contorting my body and trying to glimpse myself in a mirror seemed completely ridiculous.

So nix that plan.

The only other option is to buy bigger pants.  Which is significantly more horrifying than cutting my back open and scooping the fat out with a melon baller.  So, as fast as my back fat appeared, the idea of getting rid of it as my New Year’s resolution disappeared.

Last year my resolution was to relax more.  Seemed like a goal I could accomplish.  And I did.  I wouldn’t say I became what you’d call an accomplished relaxer.  Like, I won’t be giving classes on it in a church basement anytime soon.  But, I did make a conscious effort to relax more.

The onlyyyyyy problem with my plan is the fact that I like working.  Which I confuse with relaxing.  I enjoy Photoshopping photos and doing research for posts on the computer and writing so my brain registers it as relaxing.  The fella.  Does not.  He gets sick of sitting beside me click, click, clicking away on my laptop on the couch every night.  Can’t really blame him, I guess.

So this year, my New Year’s resolution is to be a better relaxer. And part of that is to recognize that even though I enjoy my work, I need to set it aside and  make time for other things I like.  Like knitting. And reading.  And practicing amateur weather forecasting.

I only starting making resolutions a couple of years ago and I find as long as there’s only one of them, and it’s fairly simple, they’re totally achievable.

And you?  Yes? No?  What exactly do YOU resolve to do?

If it has anything to do with perfecting the art of home surgery using pot holders, turkey basters, and pizza cutters I’d love to hear about it.

Postscript:   By the way, I wrote this post on December 19th.  Yeah.  Over 2 weeks ago.  That’s how predictable our New Years Eves are.  Pizza, movie, scratch and win ticket, sleep, fart.  I *did* have to add in the part about the baby grin after the toot.  So I guess, we’re not completely predictable. Just remarkably pathetic.