Home » My Life » Random Stuff » OH SHIT NOT YOU AGAIN.

OH SHIT NOT YOU AGAIN.

Betty, for those of you who are new around here, is my 83 year old mother.  Betty grew up in the small town of Renfrew, Ontario at a time when most women started their mornings wiping flour covered hands on thinning aprons before plucking bottles of still frothy milk off their front porch.  The street she grew up on was anchored by stately brick homes separated by wide swaths of thick grass that sparkled at night with fireflies. 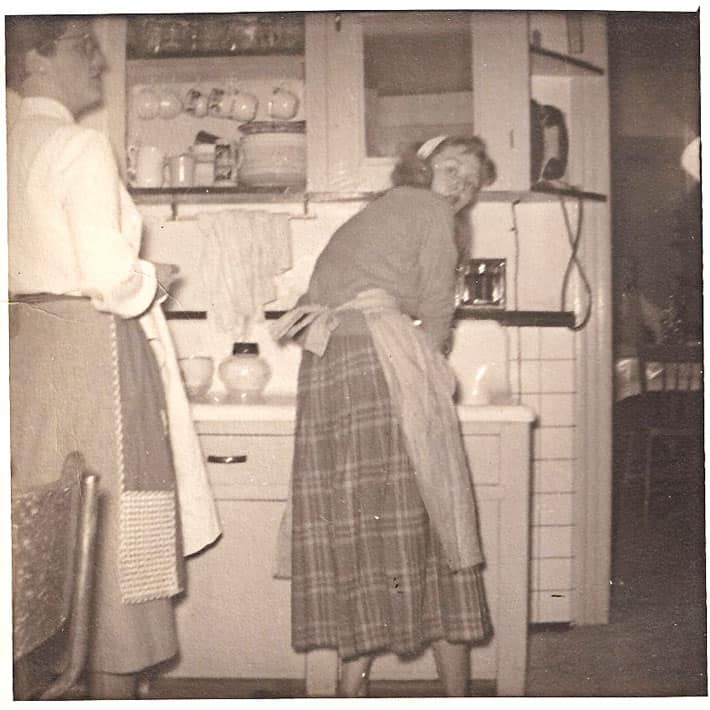 Also – her parents were batshit crazy.

Curiously things are rarely the way they’re historically remembered.  You can thank or blame it on television.  June Cleaver was probably agoraphobic, Andy Griffith a swinger and so on.  But because of television we romanticize the 1950’s as an era of wholesome, perfect families who wore ironed plaid pajamas.

My mother’s 1950’s family?  Her mom filled her days by wrapping up dead rats in pretty boxes and then leaving them on the sidewalk in front of their house.  The purpose of this?  So she could laugh her guts out when someone grabbed the present and ran off to unwrap their good fortune in private.  They were listed on the Social Register of Canada, owned a complete human skeleton and had curiosities around the house that bordered on pathological.

Their 3 kids, (my mother, uncle and aunt) survived remarkably intact and relatively sane.  Not so sane that they’re boring you understand, just sane enough to stay out of jail and/or the crazy-as-a-bedbug nuthouse as it was affectionally referred to in the ’50’s.

So when I walked up to my dear, elderly mother’s front door the other day to deliver a basket of strawberries I had just picked for her, it was with no surprise whatsoever when I stumbled upon this. 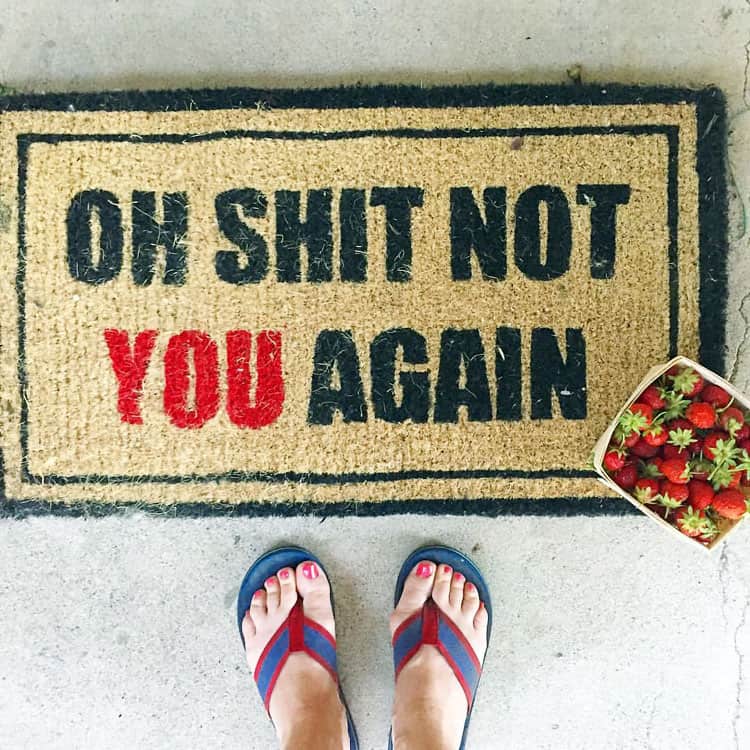 And you can buy the very same mat right here.

I figured you’d like it because if you’re here, chances are we’re the same.  A band of people raised by a couple of nutjobs just trying to make things better for their kids than the nutjobs who raised them.  And so on.