Last Sunday night the fella got me to do something he’s wanted me to do for the past 10 years.  He asks for it for Valentine’s Day, his birthday and Christmas.  Every. Single. Year.

He wants us to learn to meditate.

I wasn’t opposed to it, I just didn’t know how good I was going to be at it.  I mean meditation is sitting.  Quietly.  With your eyes closed.  Which makes using power tools more dangerous than usual.  So even though I really wanted to be the kind of person who could meditate, I just wasn’t sure that was me.  I’m a doer, not a snoozer.

That’s what’s known as irony.  The fact that the person who most needs meditation is the least likely to be able to do it.

Last January I made the first New Years Resolution of my life. I resolved to relax.  I did exactly that the very first week.  I relaxed by knitting and reading and screen printing and cooking and … doing.  Stuff.  I do stuff.  It’s what I do.  It’s what I’m compelled to do.

I think it’s because of the tiny little workmen and chefs and inventors running  up and down my every vein and muscle.  Don’t believe me?  It’s true. I had an X-Ray. 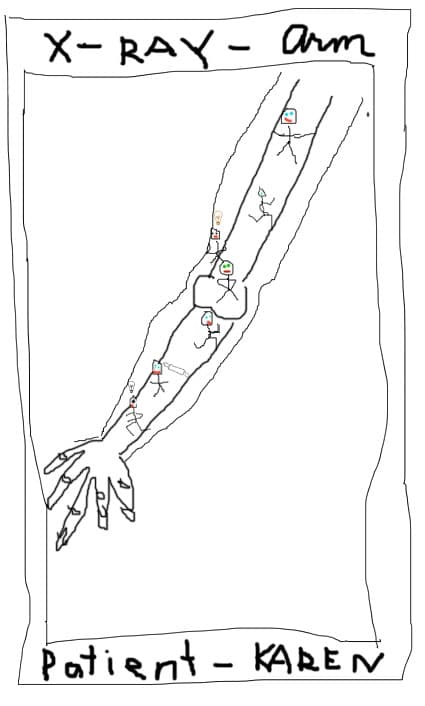 So last Sunday the fella and I tromped off on a cold, rainy Sunday night to a local Moksha Yoga studio to get our thinking caps off.

As it turns out.

When I told people what we did the reaction was split 50/50.

The ones who didn’t say that, said,

“I want to learn to meditate.”.

The were a few straggling comments that revolved around magic mushrooms and unfortunate wardrobe choices.

The class lasted 60 minutes and it was geared towards people who had never meditated before.  I learned more than a few things in that hour.  For one, I learned that meditation isn’t anything magical or difficult. You do not have to wear harem pants while doing it and … you do not have to say ohmmmmm.

Our instructor, Nicola Jones, explained it very succinctly.  Meditation is basically the space in between thoughts.  Most of us think way too much.  At LEAST 60 thoughts a minute according to Nicola.    Most of them are repetitive and non productive. They’re also exhausting.

The same way a room, or garden needs negative space, so does your mind.  That’s my own analogy.  I’m pretty impressed with it and if you’d like to use it you may, but I expect full credit for my brilliance.  Clearly, meditation has also filled me with humility.

What we did was “Guided Meditation”, where someone talks you through it.  And did she ever. She talked me right into a heap on the floor.  I almost felt like crying at the end of the hour, it was so great to not have a single thought in my head.

And as a result, I will be forced to stop this blog because I got so good at it I have no more thoughts at all.  Just kidding.

Still not convinced?  Here’s an example of a “guided meditation”  And, let me describe meditating like this … it’s like napping but being completely aware of how relaxing your nap is.

Onto the next thing the fella wants me to do with him.