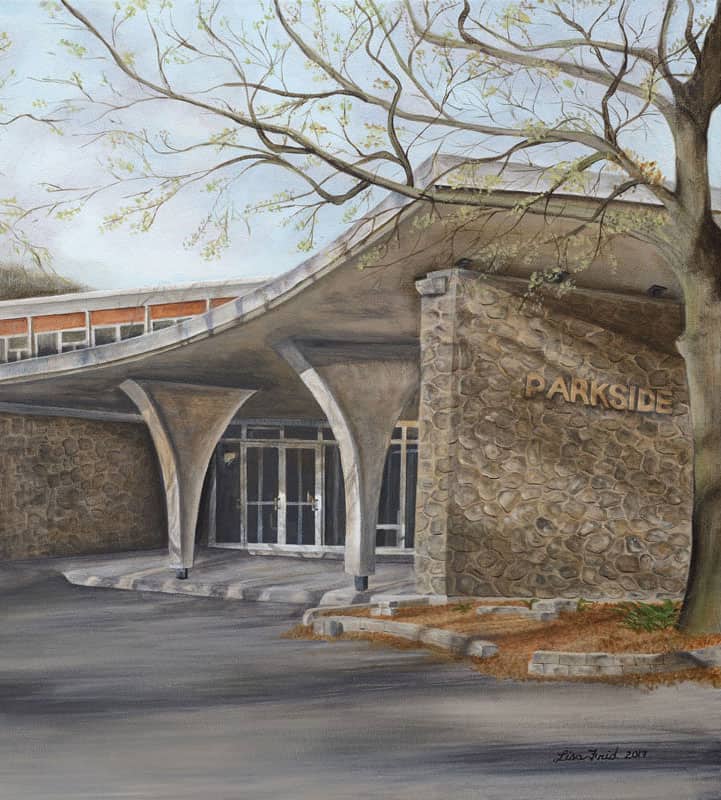 In high school I almost failed English (writing in particular) on two separate occasions. The first involved a poem I wrote in grade 10.  After handing out everyone's graded papers, my teacher, a rather tall man who looked like the product of breeding between Jack Spratt and a praying mantis, asked me to stay after class.  As the bell rang, triggering everyone else to zip up their pencil cases and head for the door, I trudged up to his desk.  Actually I probably just walked but "trudged" sounds more writerish.

The teacher unfolded himself from his chair (also a *totally* writerish thing to say) and glared down at me, my paper in his hands.  Before handing it over he let me know he wasn't entirely convinced I wrote the poem.  I believe his exact words were "It's an outstanding poem, really excellent writing, it's very impressive.  If you really wrote it.".  Then he tilted his wonky eye in my direction, gave me the stink stare and pushed the assignment across the desk into my shaking hands.  I wasn't nervous. I was furious.  I got an A+ but only because he couldn't prove that I didn't write it.

I can't remember anything about the poem other than its title; Crystal to Coal.  It was basically about the reverse metamorphosis from good to bad that negative reinforcement can have on a person.  CAN YOU BELIEVE IT?  I'd give just about anything to have saved the poem but I probably went home and threw it in the garbage in the kind of melodramatic gesture only a teenager can manage.  All the while hoping someone is witness to it.

The SECOND writing incident in high school was one year later in drama.  We were given a writing assignment for some reason.  I can't remember what the assignment was but I do remember being held back by the teacher to be chastised.  This time I was ready for it.  Here we go again.  Another teacher has been so blinded by my superior skills that SHE thinks I plagiarized too.  I felt kind of smug as I wound my way around the class to her desk, shooting finger guns at my other classmates punctuated with a wink.

But this paper didn't have a big A+ at the top of it.  It had a D.  What followed was a lecture on sentence structure and plotting and how I was getting a D because my writing was too stream of consciousness.  I wrote the way people speak, which apparently is quite jarring to the reader and should always be avoided.

Unless you're James Joyce, Proust or Virginia Woolf.

I can remember both of those incidents like they happened to me just this morning.  Not just yesterday.  "Just yesterday" would be too cliché which is something else that's to always be avoided in writing.

I can also vividly remember the torturous dissecting of a fetal pig, the horrifying gym shorts, Mr. Manson scrawling a perfect circle on the chalkboard math class by whipping his arm in a circle, my lock combination,  Jimmy telling me I was pretty but not as pretty as Marsha and every single song played at every high school dance I went to.

I remember most of high school with a kind of technicolour intensity.

As it turns out, that's not only common, it's a universal phenomenon. According to Psychology Today our strongest memories are from when we're between 10 and 30 years old.  The phenomenon is called The Reminiscence Bump.  No matter what you do or what you accomplish, if it happened after or before those 3 decades, the memory will never be as vivid.  The Reminiscence Bump is why you can forever revel in that game winning play or cry at the thought of being bullied by an asshole in the gym class.

High school doesn't just seem more memorable than the rest of your life, it IS more memorable.  For me those are mostly great memories.  Even reminiscing back on the bland, non-eventful memories of high school stir up a certain nostalgia that make me happy.  Wearing a  new favourite outfit, or walking through the cafeteria to sit down with my friends. 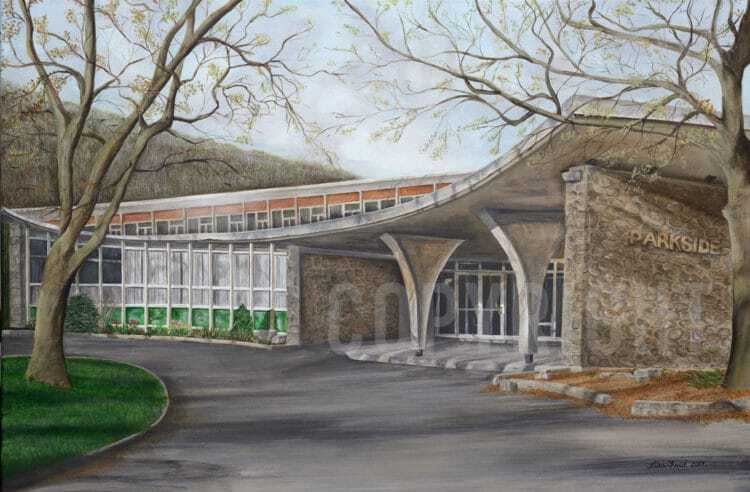 I loved high school.  So when I found out my old high school was being torn down for reasons I still can't even figure out (nor can anyone else) I almost cried.  I still have dreams about walking through it's hallways.  My sisters went to Parkside, my nieces and nephew, and pretty much half our small town went there from 1960 until they closed it a couple of years ago.

It was a piece of Mid-Century Modern genius in this town that should have been historically preserved.  The building's architect, Lloyd Douglas Kyles, used revolutionary methods and materials to create the iconic building.

As soon as I found out Parkside was possibly being shut down I drove over to it with my camera.  I wanted a picture of it.  I wanted to remember it.  I  understand the irony.  I was never going to forget Parkside.  Science has proven that.  It, along with all the memories it produced are etched into my brain deeper than any other experience in my life.

I wanted a picture.

I sent the best one off to my sister Pink Tool Belt at the end of April, 2013.  Last month she finished painting it.  She wanted to remember it too.

If Parkside was your school and these are your memories, my sister has a limited number of prints for sale (like she did with the Deluxe Restaurant which sold out quickly.)

For a print Email Me.

Pink Tool Belt can do pretty much anything I can do only she can paint as well.  She builds her own furniture, can sew anything, is an interior decorator and has made a homemade meal every night since she got married at 18.

For the record?  She failed home ec.