This week my dog Philip became a boy. Help control the pet population — have your pets spayed or neutered. Well, Mr. Bob Barker I did just that and now my dog is stoned, pees weird and his ballsack is a hanging, shrivelled mess.

Not high, but not, not-high either.

There is a debate about when to get your large male dogs neutered. 10 years ago there was no debate, you did it when your dog became 6 months old or started to look at you with humpy eyes.

Now research is showing that large dogs in particular should be left as long as possible before neutering. This allows the dog to reach maturity before being altered which in turns helps prevent certain illnesses later in life.

It also allows the dog to grow to its full potential making dogs who are neutered later bigger and more muscular.

So instead of 6 months, some vets are recommending neutering at 1 year. 24 months even, if you can tough it out.

I didn't have that kind of resolve, I used up all of my resolve last week when I bought dry popcorn instead of Ruffles and dip at the grocery store.

You can read about how I plotted to put an all inclusive resort out of business by eating all their bacon here, because that fiasco is what led to me having to snack on dry popcorn and carrots for the next couple of as long as I can handle it.

At the vet's office while I was picking him up after his surgeries (I also had his stomach tacked so it can't flip - a known issue with barrel chested dogs) Lip seemed subdued from the sedation but nothing noteworthy.

Between the vet's office and my living room Philip went from a little bit slow to a drooling simpleton.

I immediately texted everyone in my family to tell them Philip was stoned. It was almost funny, but not quite, but probably would be by tomorrow - so I clicked record on my phone.

By the next day it was indeed funny. Still a bit sad, but mainly funny because he woke up feeling fine other than NOT being able to get comfortable.

I clicked record on that as well.

We're now 3 days out from the neutering and Philip is back to normal and in a week and a half he'll be able to go play with Sterling again.

There is something no one tells you when you get your 1-2 year old dog neutered. Especially a BIG dog with a royal sized set of door knockers.

How big? I was going to get a curtain made to hang off of his tail.

With neutering, they don't get rid of the whole handbag - just the coins inside the purse. Once they take the actual money out, you're left with a deflated sack that hangs down, empty, pathetic and without purpose; a lacky sack.

If you have an interest in the before and after shots of Philips testicles (because you're human and even though you don't WANT to want to look - you wanna look), you can click here to read this tiny post about them.

I've been assured this entire experience from the arrival of Snoop dog to the withered birthday boy balloon between his legs are perfectly normal. 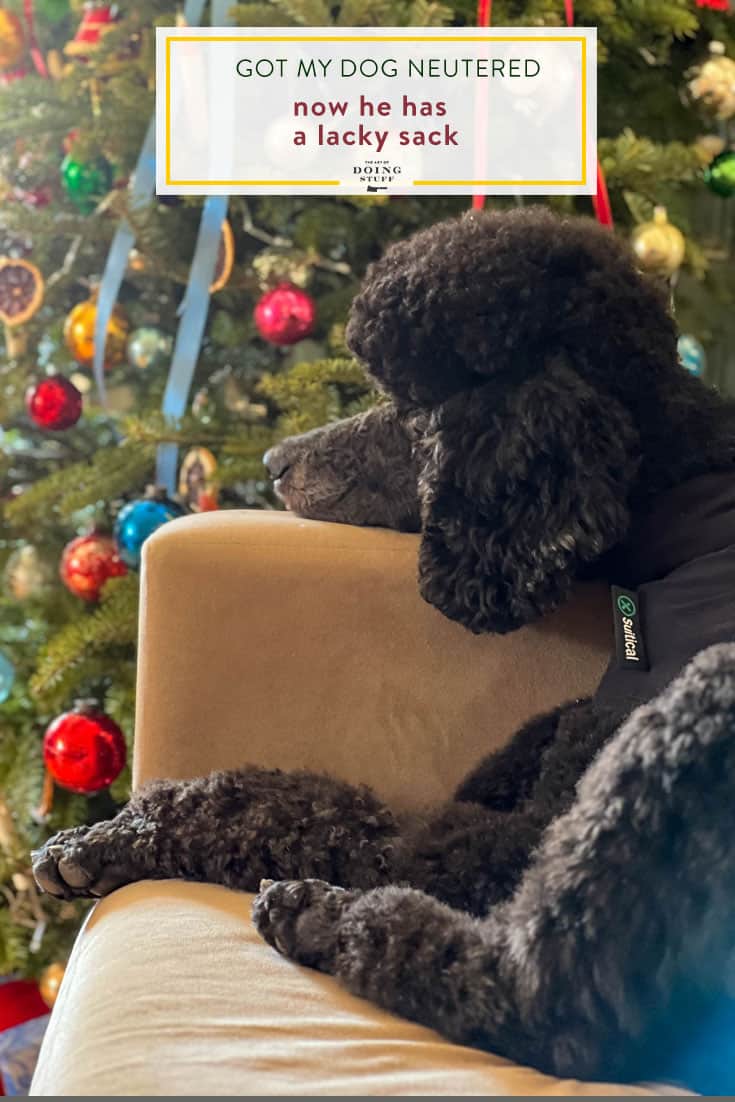