Home » My Life » Me » Photoshop Fun for Friday

I’ve discovered I’m kind of in love with Photoshop.  Which is proof that you really can go from hate to love.  There’s hope for Brussells Sprouts in my life yet.

Photoshop has what might be referred to as a bit of a learning curve.  When you first get the software and fiddle around with it you learn that you hate it.  Then you learn to control yourself from throwing your computer across the room.  Then you learn that’s futile and you learn how to save up for a new computer.  You learn to suppress your swearing while using Photoshop when children are around, you learn *new* and more aggressive swear words when they’re not.

So trying to figure out Photoshop is basically a festival of learning all kinds of new and exciting things.

Then, once several months have passed, you accept that you’ll never actually “learn” Photoshop.  You’ll probably never even like it.  But like 2 wild animals thrust into the same cage for life, you will learn to co-exist.

It’s either that or learn to strangle software, which is much harder than it sounds.  There’s nowhere to grab really.

Now that almost a year has passed since I got Photoshop I’m proud to call myself a Photoshop semi-amateur.  If you’ve ever struggled with this stupid software you know what an accomplishment that is.  I’m kindda proud.

Since I’m a self-classified  “semi-amateur” Photoshopper I wouldn’t dare try to show you anything it does.  Not just yet.  Most of what I accomplish in Photoshop is completely by accident that I spend weeks trying to replicate.  Unsuccessfully usually.  Sometimes I press a button and lines and numbers appear all over my picture and the only way to get rid of it is to shut my eyes, close the entire program and walk away.  If I’m lucky when I open the program up again the lines and numbers are gone.

If I’m unlucky … they’re still there.  The only saving grace is I usually come up with a pretty good new swear word at this point.

But for all the anger and frustration, Photoshop can be not only a great tool but a really FUN program.  My niece recently sent me a picture that her husband took of her kids.

At the very moment he took the picture the scene before him transformed.  The very second the camera clicked, his son took on some sort of bizarre Rapper in training pose.  And once the picture was taken … it was gone.   That millisecond in time, fortuitously caught … by the camera. 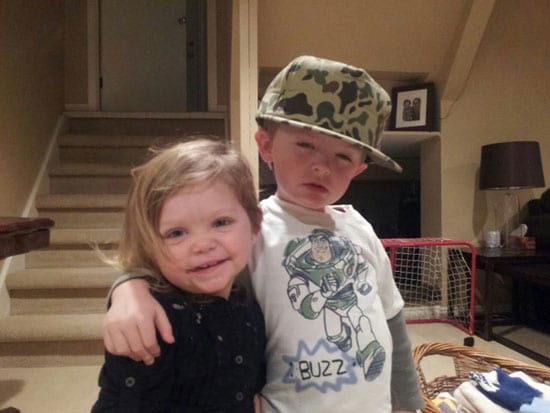 It’s a cute picture all on its own.  Funny even.  His arm slung oh so casually, yet protectively over his girl.  Her face beaming at the camera with all the pride every rap girlfriend feels.  You can almost hear the “Heyyyyyyyy!”  escape her mouth.

I laughed out loud when I saw that picture.  Not an “LOL”.  An actual LAUGH OUT LOUD cackle.  And immediately I knew I had to make the picture even better.  That’s what happens when you begin to love Photoshop.  Everything is a possible Photoshop opportunity.  Some people use it for good, some for evil and some … like me … for funny. 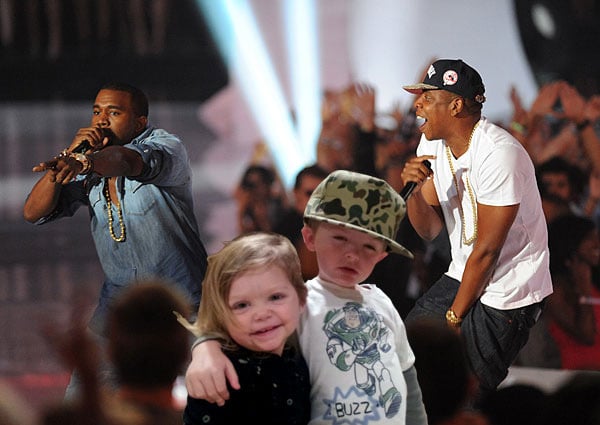 Have a Photoshopped picture you’re proud of?  Send it to me at karen@theartofdoingstuff.com

The best Photoshopped pics will appear in a post next Friday (April 20th, 2012). Need some inspiration?  Try Photoshopping this … 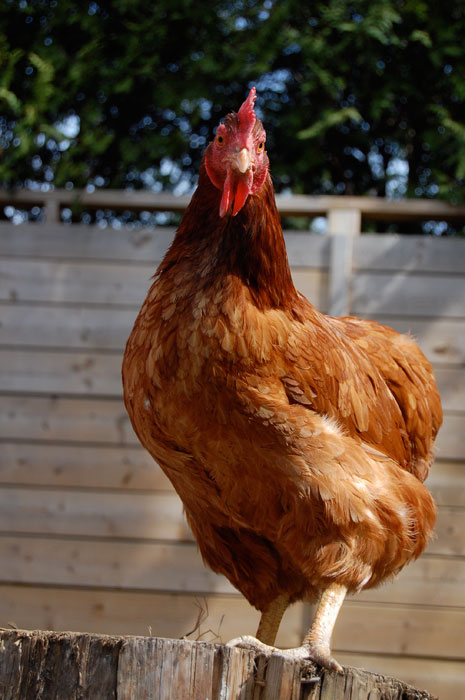 If you have a blog don’t forget to give me your site and I’ll link to it.

Good luck!  Have fun!  Please get your entries to me by Tuesday night so I have time to … well … Photoshop them.  (just throw them into a collage actually)

Have a great weekend.