Welcome to the season of my sport. People tend to think gardening isn’t really a sport, but anyone who has back fat knows differently. Gardening is hard WORK. Especially the beginning stages of it when you’re planting and raking and hoeing. That’s with an e. Although I’m sure hoing also burns a lot of calories, you have the added stress of jail time, a pimp named Sassafrass and routine courses of antibiotics.

Front yard gardening on the other hand, is only illegal. In some cities.

As you may know, I’ve been making my own tomato sauce since I was a teenager. I buy the tomatoes, squish them, boil them, can them, and then use my homemade tomato juice to make homemade spaghetti and other sauces.

Up until now I thought that was pretty good. You know? Impressive. Press my own tomatoes to make my own sauce? That’s pretty pioneerey of me. Self sufficient and all that.

But last year I started to have thoughts that verged on crazy talk. Why not grown my own tomatoes as well? I mean, WHY NOT?

So I got to figuring out how many tomato plants I’d need.

I researched and calculated and added and subtracted and came to the conclusion I haven’t gotten any better at math since grade 12. So I gave up and guessed.

15 is the number I decided on. 15 tomato plants to create one bushel or more.  I  know 6 tomato plants will create a bushel throughout the season, so hopefully 15 will give me a bushel all at once at the end of the season. Hopefully.  Total guess.  Almost failed math. 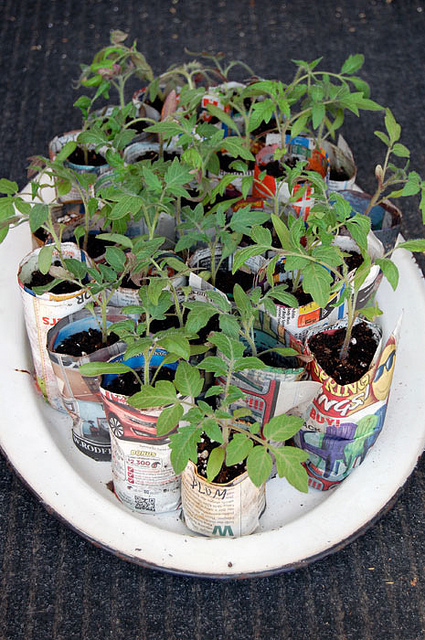 Now the next problem needed to be addressed.  I have room for exactly 5 tomato plants.  And 2 of them have to be in planters in my backyard.  Soooooo.  I quickly scanned my little brain for who I knew that had a big backyard.  Exellent.  Got it.  Everyone but me. 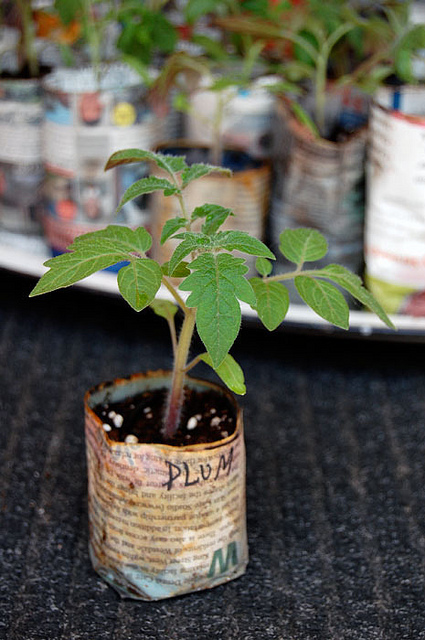 Now who had a big backyard with enough space for me to plant 15 tomato plants?   My sister.  Not the sister who wears a pink suede toolbelt with Chanel sunglasses, the other sister.  The one who won’t watch movies unless all of the actors in it are dead. 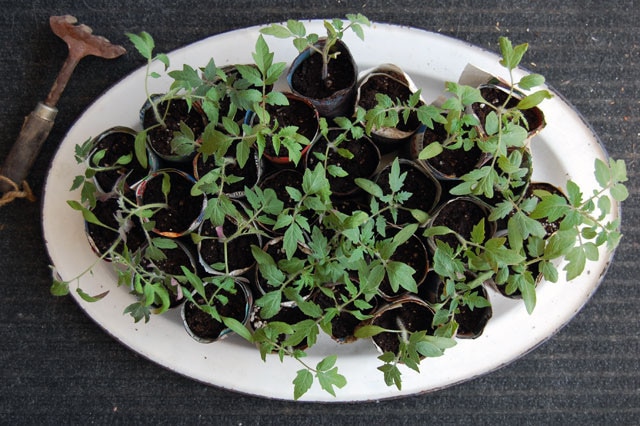 Enter 15 more tomato plants.  If I was going to get half of her backyard for planting my tomatoes I was going to have to have some sort of incentive.  Since she also presses tomatoes in the fall, I figured if I also planted 15 tomatoes for her she’d agree.

Now she’ll have to do all the hard work while I, on the other hand, will grow more back fat.