Is Pot Legal in Canada? You Bet It Is. 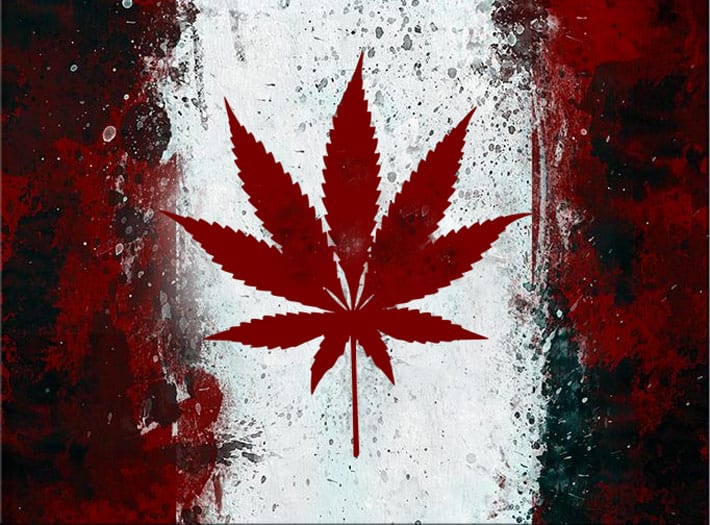 image edited from this

That’s right.  Say good bye to loon calls and the crashing roar of Niagara Falls.  Upon entering Canada you will now be greeted with the deafening sound of people giggling.

I know you’re thinking, but what about The Netherlands?  All those Amsterdam cafes filled with pot smoking hippies and pot and pot paraphernalia?  Pot isn’t legal in The Netherlands. It’s decriminalized.  As of today, in Canada, smoking pot is perfectly legal.

Here is your introductory guide to legal weed in Canada.

Pot is Legal in Canada

Medicinal marijuana has been legal (if you have a prescription) since 2001 in Canada, but your doctor had to be a proponent of it. If he or she wasn’t, you weren’t getting a prescription.  But there were always other ways.  Judging by the number of “medicinal” marijuana users wearing knitted caps, tie dye shorts, and cannabis leaf shaped sunglasses, it was pretty easy to get a prescription if you wanted one.

Now this is where you get confused again isn’t it?  Yes. Kids can benefit from pot.  My friend Leslie’s kids for example. Her kids suffer from a rare autoimmune disorder called PANDAS.  I implore you to click on the link and read her story.

Kids and pot.  All pot isn’t created equal.  The thing in pot that gets you high is THC. Take that away and you don’t get high but still get the medicinal benefits of the other oil in the plant, CBD oil.  So if you have a sick child or elderly parent or anyone else who wouldn’t benefit from both feeling better and sinking into the couch with a grin and red eyes for a few hours – you can just give them CBD oil. All of the health benefits, none of the psychoactive effects (getting high). However anyone under age still needs a prescription for any cannabis product including CBD oil.

BUT POT IS A GATEWAY DRUG!!!

Actually that’s a bit of a misconception.  According to the National Institute of Drug Abuse (in America) pot is no more a gateway drug than alcohol is.  People who go on to use hard drugs choose pot as their first drug just because it’s the easiest one to get access to.

It has been argued however that pot can trigger schizophrenia in teens and young adults. The research is still being done.

THERE’S GOING TO BE STONED MAYHEM AND A DORITOS SHORTAGE!

Worried the entire of Canada is going to pot? As it turns out, according to a study by Stats Canada, only 6% of people who haven’t smoked pot in the past 3 months are planning on trying it for the first time, or increasing their use once it’s legal.  I mean it’s pot. It’s not like it was all that difficult to get beforehand.  If you smoked pot before it was legal you’ll just continue to do so without threat of arrest.  And if you never smoked pot before it was legal, chances are you aren’t going to start smoking it now.

Not so fast Sparky.  Just because it’s legal doesn’t make it legal to do so everywhere. Like smoking and drinking, pot is still restricted so chances are you won’t be lighting up on the golf course. You can only buy it certain places and you can only smoke it certain places. What those places are depends on which province you live in.

DOES KAREN SMOKE POT? IT SOUNDS LIKE KAREN IS A TOTAL SNOOP DOG.

Nope.  I don’t.  It’s not my thing. Like I’ve said before, I don’t find relaxing to be especially relaxing. Having said that,  I currently have a freezer full of pot brownies that I’ve made for family and friends, but I’ve never had any of them myself. Kind of the same way I have a liquor cabinet full of booze and a fridge with beer even though I don’t really drink.  I like to be a well supplied host for others.   I made the brownies last summer out of cannabutter which I had to illegally procure from my 83 year old mother’s friend in a suburban enclave under cover of darkness.   Betty doesn’t smoke pot either, but if she’s one of the 6% who decides to take it up, I promise to video it for you.

To reiterate, as of today, possessing, smoking, growing, baking and sharing pot is now 100% legal in Canada. 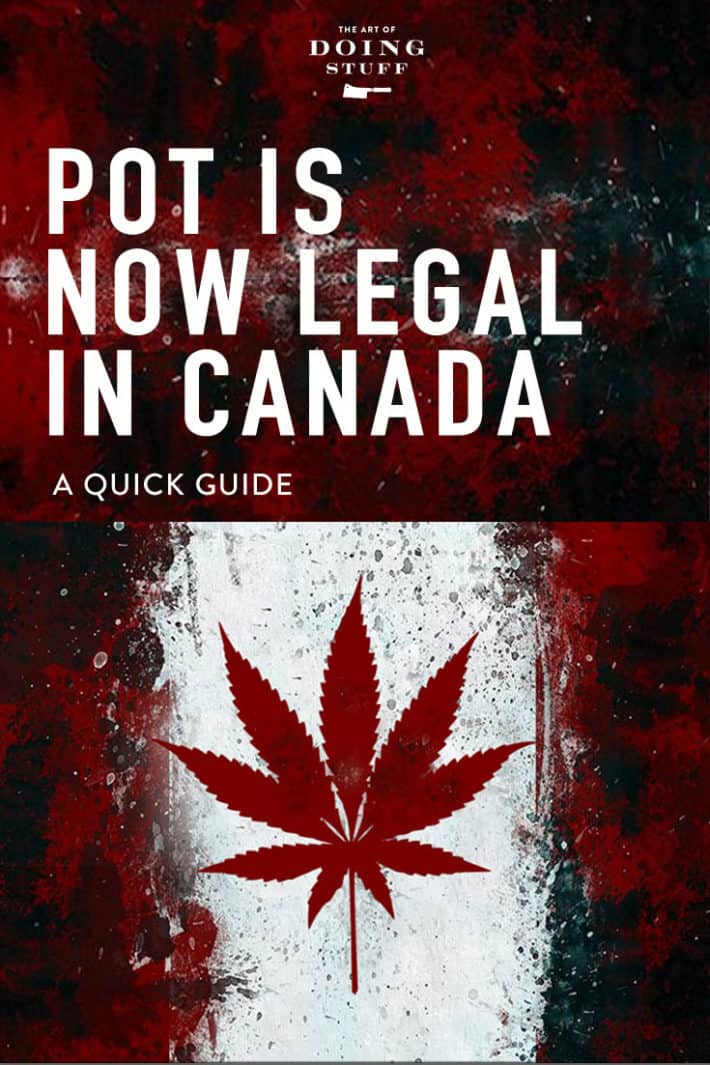