My sister is perhaps the least technologically advanced person I know.  She still goes to the actual bank.  Where she updates her bank book.  Yet for all her technological deficiencies she is obsessed with everything new and shiny and as she calls it “Jetsons”.  When I got my iPhone 4S, she was the first person I wanted to show because I knew she’d be the most astounded by it.

It’s hard not to astound someone who is still astounded by pay at the pump.

While I was showing her my phone she got to reminiscing about the way things used to be.  When your phone was attached to the wall, when if something was frozen you needed to schedule days to defrost it, a time when calling someone might have resulted in a busy signal.

Even though, for some unknown reason, my sister can’t seem to wrap her head around technology and the latest gadgets, she’s fascinated with them.  There’s just something about her wiring that can’t seen to comprehend it all.  Like she got whacked in the head too many times as a kid.

So I promised her that every once in a while I’d do a “Remember when … ” post.  So in honour of my sister, who is currently trying to decide whether the picture side of the DVD should face up or down when she inserts it into her player … I have this. 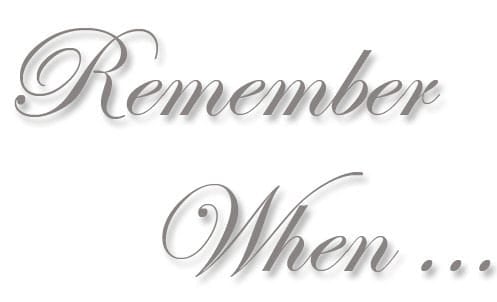 In the 1980’s when we wanted to switch from watching That’s Incredible! to Bosom Buddies we had the latest in channel changing apparatus? 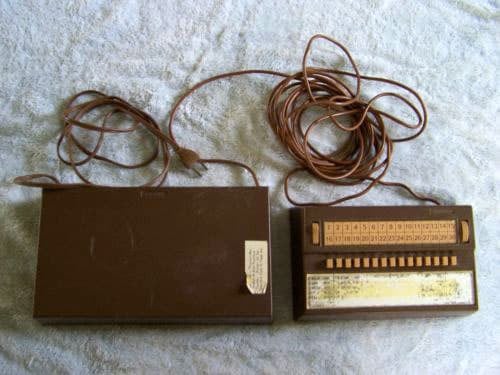 Ah yes … the most revolutionary of technologies.  The cable box.   May seem a bit cumbersome now, but at least there was no chance of losing the remote.  What with it being attached to the television with a wire.

And apparently wayyyyyy back in the 1950’s when you wanted the channel changed you had to whack your kid on the back of the head and say “go change the channel”. It was a primitive system, but aside from all the flat headed kids that period produced, it worked remarkably well. No complications at all.

Just ask my flat headed sister.  She’ll tell ya. Unless she’s busy staring blankly at the microwave wondering why there’s nothing good on.